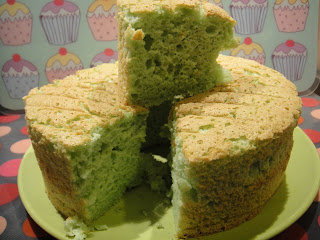 This was a special request from my brother. The first time I tried to make this cake, it failed horribly. Fortunately I've now worked out the correct temperature and cooking times and the cake turned out perfectly. The aroma is amazing and the cake is really light and spongy.

What is pandan I hear you ask? Pandanus amaryllifolius is a tropical plant in the screwpine genus which is known commonly as pandan and used widely in Southeast Asian cooking. It is an upright green plant with fan-shaped sprays of long, narrow, bladelike leaves and woody aerial roots. The plant is sterile, flowers only very rarely, and is propagated by cuttings.

The plant is rare in the wild but cultivated widely for use as a flavoring in cooking. The leaves are used fresh or wilted, and are commercially available in frozen form in Asian grocery stores in nations where the plant does not grow. They have a nutty, botanical fragrance which enhances the flavor of Indonesian, Singaporean, Filipino, Malaysian, Thai, Bangladeshi, Vietnamese and Burmese foods, especially rice dishes and cakes.

I'm entering this to Formula 1 Foods hosted by Caroline from Caroline Makes. It's a new blog challenge where the idea is to cook something from the country that is hosting the Formula 1 race. This year, the race was in Malaysia on March 28/29. This cake is very popular in Malaysia. 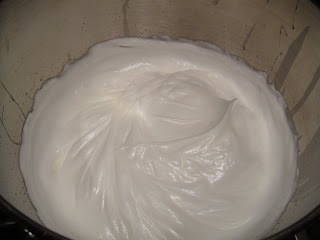 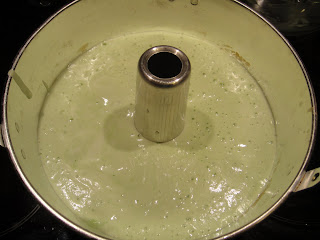 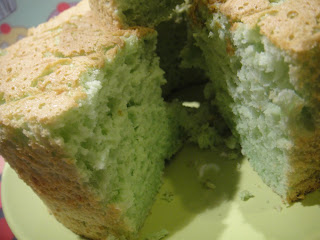 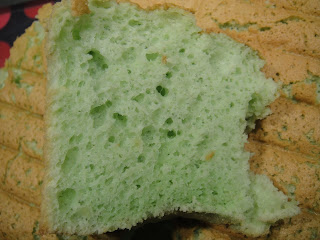