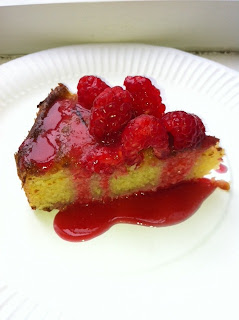 I was talking to a colleague recently and found out she is intolerant of flour. That explains why she politely declines all my baked goods. So I decided to make a flourless cake so she could join in the indulgence! I've made a few flourless cakes previously, usually of the chocolate variety and decided to do something a little different this time. This is a really simple recipe with fantastic results. Its the first recipe I'm trying from a book I bought a while back called Home Bake by Eric Lanlard. He has a cafe-patisserie, Cake Boy in London which another colleague has told me about but I've never had a chance to try it. Has anyone been?
The book is full of lovely pictures, great recipes and tips and I'll definitely be baking from here again. I made some madeleines following the success of this recipe but that's for another day :)
I decided to jazz up this simple cake with some raspberries and homemade raspberry sauce. The verdict - everyone really enjoyed it especially the intended recipient. I've made another one tonight as the first one disappeared so quickly, not everyone had a chance to try it! 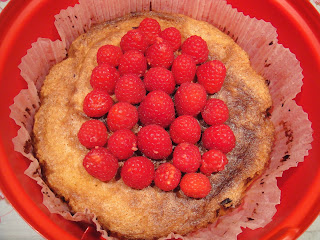 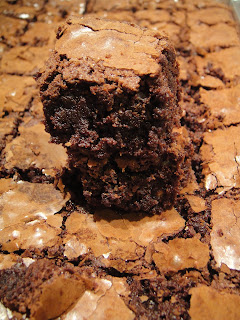 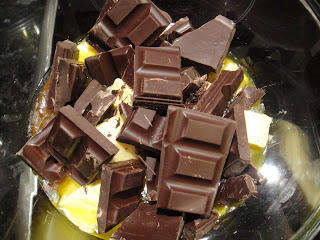 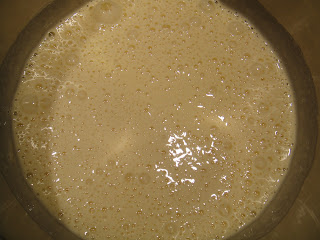 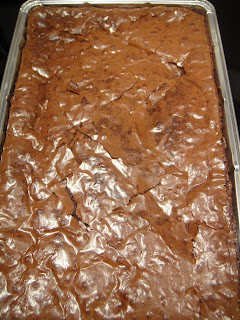 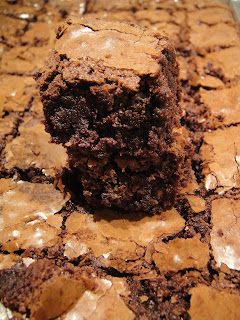 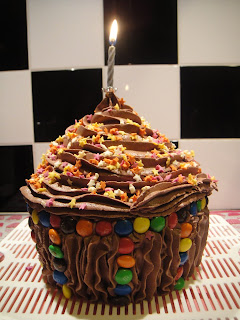 I am back from my travels and am really pleased that I’ve managed to get this in for this month’s We Should Cocoa challenge. I was really excited when I first saw the challenge as I love birthdays and I love chocolate so I definitely didn’t want to miss out! It was also my birthday recently but as I was away, I haven’t had a chance to make a cake so this is a birthday cake for myself and for WSC. As the theme is chocolate, I’ve made a giant chocolate cupcake, filled with Spanish chocolate filling and topped with my favourite chocolate buttercream icing. I added some stars on top – why not? And some M&Ms as you just can’t have enough chocolate! This is definitely a choc-a-holics cake and it disappeared really quickly at work. 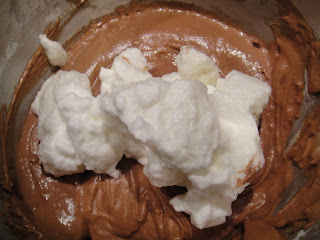 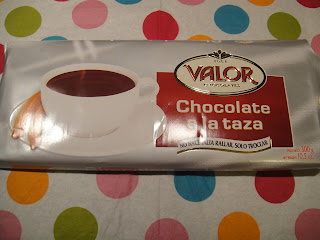 Spanish chocolate that I used for the filling 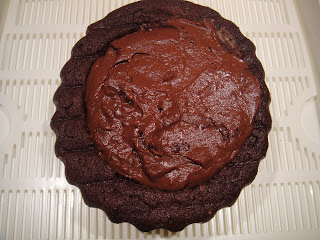 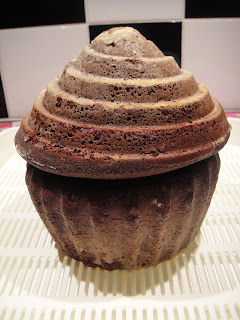 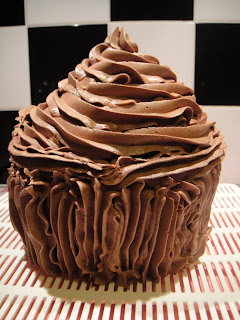 add even more chocolate - my piping skills are a little rusty! 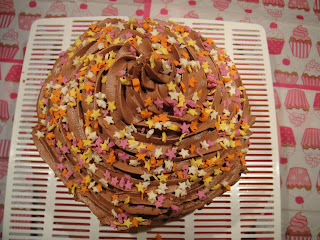 some stars for celebration 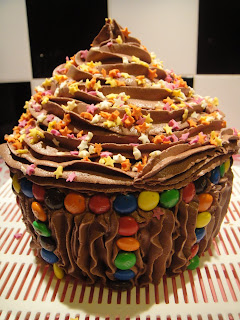 and just a few M&Ms to finish the look!
Recipe for chocolate cupcake and chocolate buttercream icing and be found here

Email ThisBlogThis!Share to TwitterShare to FacebookShare to Pinterest
Labels: birthday, chocolate, cupcake, we should cocoa 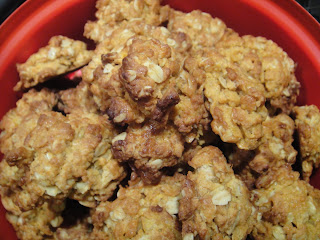 I saw these on one of my favourite blogs, the caked crusader and knew I had to make it and to make it soon. It contains most of my favourite ingredients and the perfect opportunity presented itself when we had a celebratory breakfast for a colleague who was getting married. I thought the cornflakes and oats would make it very 'breakfast-ty'! It's really more-rish and I had quite a few as they came out of the oven! Someone commented that it tastes like it should be part of 1 of your 5 a day but clearly it's not! I'm definitely making these again and again.
I'm off on a short summer break but will be back with more baking goodness soon :) 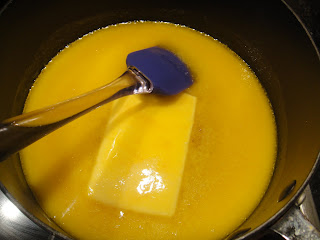 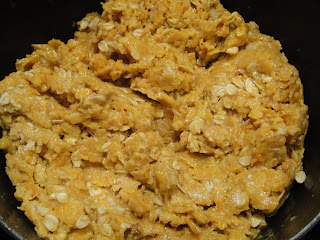 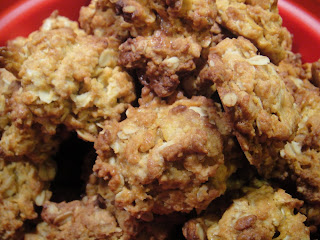