Hands up who's been watching the Great British Bake Off? A brand new series with new contestants but the same judges and hosts. Don't worry no spoilers here! I want to talk about cake and cookies and baking! I love watching the Great British Bake Off and I was really excited when I was asked if I wanted to review their new iphone/ipad app and book. 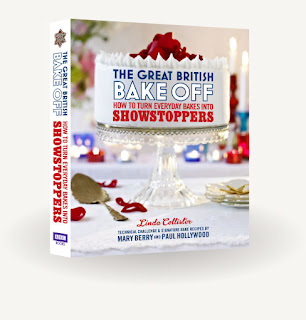 Let's talk about the book first. It's a hefty volume with 319 pages in total. It's called The Great British Bake Off How to Turn Everyday Bakes into Showstoppers.  It has technical challenge and signature bake recipes by Mary Berry and Paul Hollywood. On the inside cover, it says "baking doesn't have to be complicated to be showstopping' and I completely agree!
The book is divided into the following chapters

The book has showstopping challenge recipes divded into 3 levels - easy, takes a little time and need a little skill. It also features best of the bake off such as sixpence cake and jubilee cake as seen in episode 1. As with the first book it has photos of the contestants throughout the book (don't worry the winner is not revealed in the book!). Interspersed throughout the book are showstopping techniques, for example, chocolate ribbons & bows, icing & stacking a cake, caramel & spun sugar - all of which have handy tips accompanied by pictures.

My Verdict - Overall, I think it's a good book to have especially if you are a fan of the show. It has a wide variety of recipes which covers all of the chapters listed above. The recipes are clearly laid out and the steps are easy to follow. My main problem with the book is that there is not enough pictures of the bakes. It's a personal preference but I like my recipe books to be full of photographs, preferably one for each recipe. However, it's quite a bargain for only £8.86 currently on amazon. The photographs that are in the book are stunning. 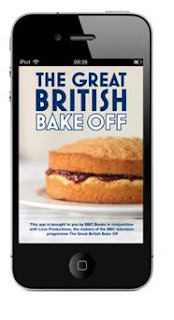 It's no secret that I love my apple products - no not baking apples but iPhone, iPad, iPod.  The app allows you to search for recipes by occasion, ingredient or skill level. 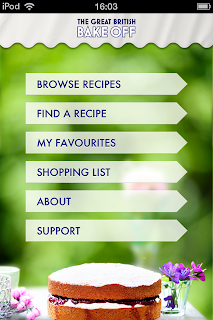 Each recipe gives you a quick overview including skill level, list of ingredients and method.  There are four icons at the bottom of the screen which you can see here. The star is to save the recipe as a favourite followed by option to email ingredients, share a photograph of your bake on facebook or twitter and finally to add ingredients to a shopping list. 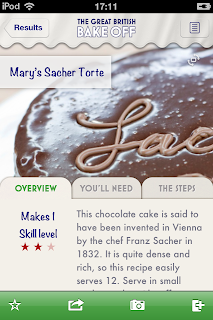 There is also a cool hands free feature which allows you to move from step to step without touching the screen. You need to place the device flat, tap the touch-free icon (top right of screen) and wave slowly from right to left to navigate.  It might just be me but I found this a little temperamental. It was great when it worked. What I liked best about this feature is that the ingredients required for that step is on the same page so you don't have to flip back and forth. 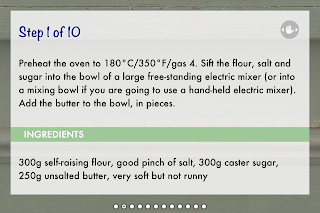 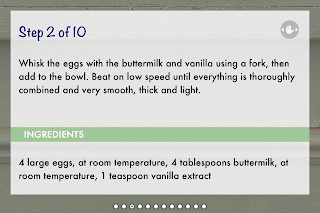 My Verdict - It's a great app if you like your technology and have an iPhone/iPad. It has great graphics and is very user friendly. I particularly like the hands free function and obviously you get a photo for each recipe! However, it's a little pricey at £2.99 for 50 recipes especially as these are the same recipes as in the great british bake off books.  I already have both books so really I could just bake from the book!  If there was an option to update the app with new recipes, especially recipes that are not in the books at no extra cost then I think it would be worth having.

I've made 2 recipes from the app (which are also in the book) - Caramel Cake and Aztec cookies. Both recipes were easy to make and absolutely delicious! I made the Caramel Cake for a birthday which was very well received. Unfortunately I missed a step (user error!) and forgot to add butter to my caramel icing. I did wonder why it was setting as soon as I poured it onto the cake but it didn't look too bad in the end and still tasted great! The Aztec cookies are chocolate and coffee cookies which are perfect with a cuppa. The gold dust really makes it into a showstopper! 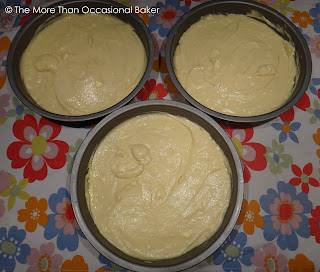 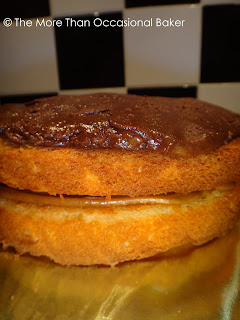 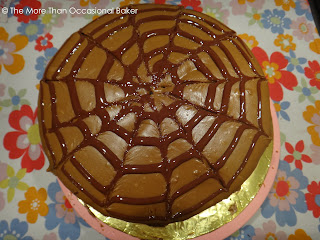 my attempt at 'feathering' - would have helped if I'd remember to add butter to the icing! 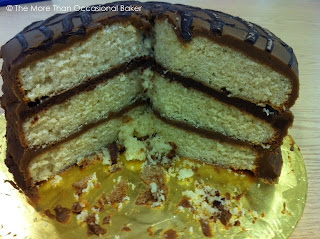 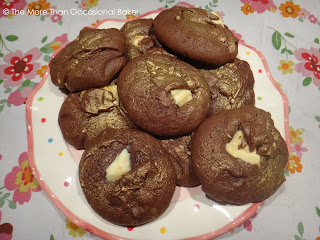 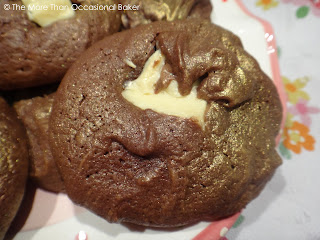 I love that the white chocolate pieces remain intact after baking

Recipes have been reproduced with permission from the publisher.

Disclaimer: I was provided a copy of the book and the app to try for free. I was not required to write a positive review. All opinions expressed are my own. The pictures of the app and book are supplied by the publisher with the exception of the touch free function photos which were from my own phone.

As these bakes are from the Great British Bake off book and app, I'm entering them to a new challenge called Lottie's Bake Off Challenge, hosted by Lottie from Lotties World of Cakes and Bakes. Join in the fun with your Great British Bake Off inspired bakes! 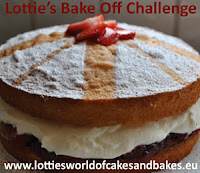