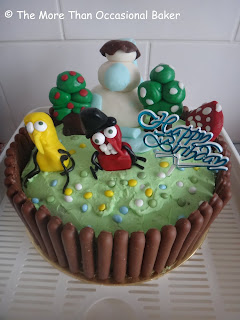 Recently I was asked by a colleague to make a birthday cake for her son. I was hoping that it would be an angry birds cake as I really want to make one but haven't found a suitable occasion yet. Instead, he asked for a Bin Weevils cake. My initial response was "What is that?" If you don't already know, it's a kids online game where you can grow your own garden or create a virtual pet. The characters are weevils from the bin hence the name. I still don't understand it but I did my best to replicate the characters for the cake. Thankfully, the birthday boy was pleased! The cake itself is a vanilla sponge filled with strawberry jam and iced with vanilla buttercream. I created a fence with chocolate fingers and used fondant to re-create the slide, trees, mushroom and weevils. 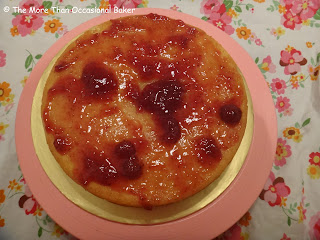 strawberry jam in between the sponge 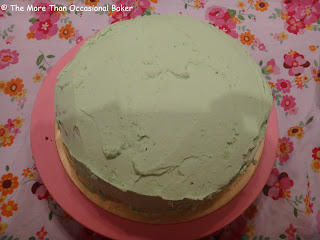 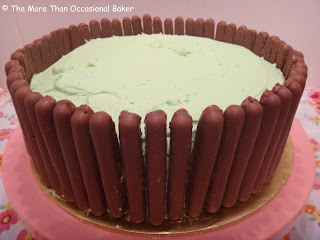 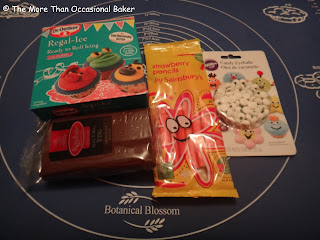 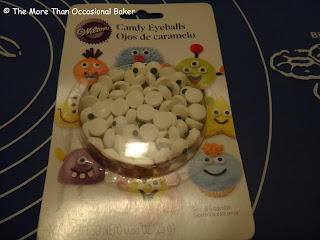 I got these candy eyeballs from America - absolutely love them! 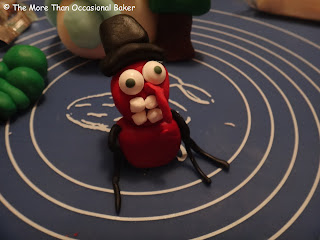 This is supposed to be Clott, one of the weevils 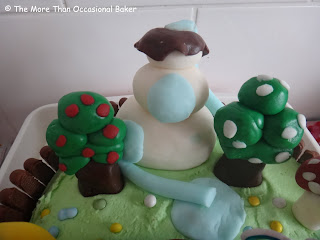 The slide and trees 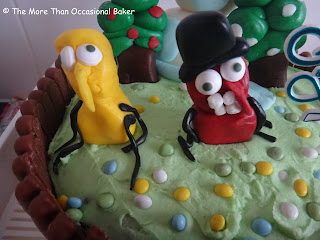 The second weevil - not quite sure what it looks like but I think I'm allowed some artistic license ;)