Chocolate and Polenta Cake and a review 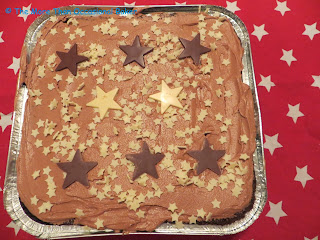 I was really excited to receive my review copy of World's Best Cakes by Roger Pizey, published by Jacqui Small having had a sneak preview earlier in the year.  It's a large hardback book with 304 pages including index and acknowledgements. Roger is a celebrated baker and patissier and founded Peyton & Byrne bakery. He has also appeared on television in Hell's Kitchen and Willie's Chocolate Factory.

The first thing that catches my eye on flicking through the pages are the stunning photographs. They are bright, vibrant and there's lots of them which I like. There's at least one photograph per recipe which I love. The book is beautifully presented and each recipe does not exceed 1 page in length. There's a brief introduction which includes the history, culture or origin of the recipe.

Each chapter contains a cake travel guide "Where to eat cake...(city)" and I'm pleased to see that I've tried some of them already! There are also recipes from guest chefs including Mark Hix and Marco Pierre White dotted throughout the book.

So what did I decide to make? To be honest, I felt like baking almost everything as everything looked so tempting. I was also intrigued to learn about different cakes from around the world and the history/tradition behind it. In the end, I chose this chocolate and polenta cake as it's something I've not tried before and I needed a gluten free cake to bring to a party. In Roman times, polenta was the staple of the Roman legions who would eat it in a porridge or baked hard into a 'cake'. The polenta produces a really crumbly and grainy texture and was absolutely delicious. I'm sure I'll be baking a lot more from this book so keep an eye out for more recipes in the future.

My verdict - A perfect gift for yourself or anyone who enjoys baking. The book is beautifully presented with a nice, clear layout. The pictures are stunning and there's at least one per recipe - sometimes there's a picture of a cross section as well as the whole bake. I particularly like the guest chef recipes and the where to eat cake travel guide. 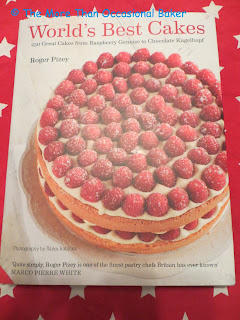 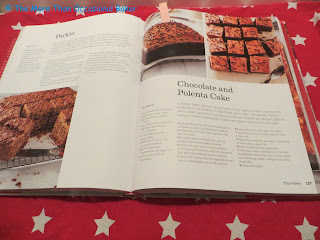 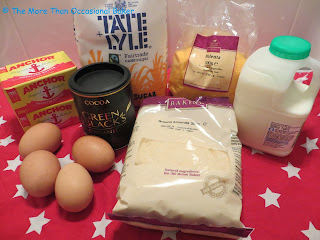 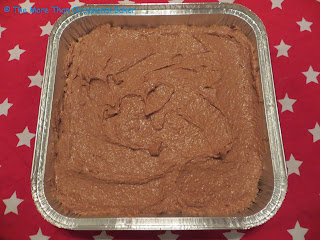 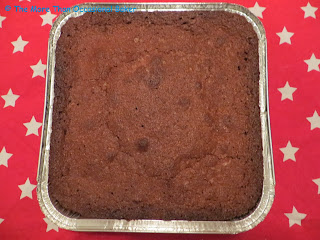 I used chocolate decorations as some sprinkles contain gluten 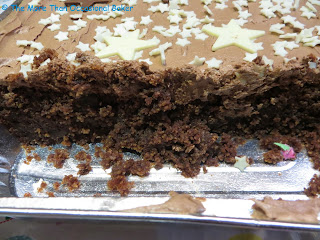 You can see the crumbly, grainy texture here


Disclaimer: I received a free review copy from the publishers. I was not required to write a positive review. All opinions expressed are my own.
Posted by Baking Addict at 00:01