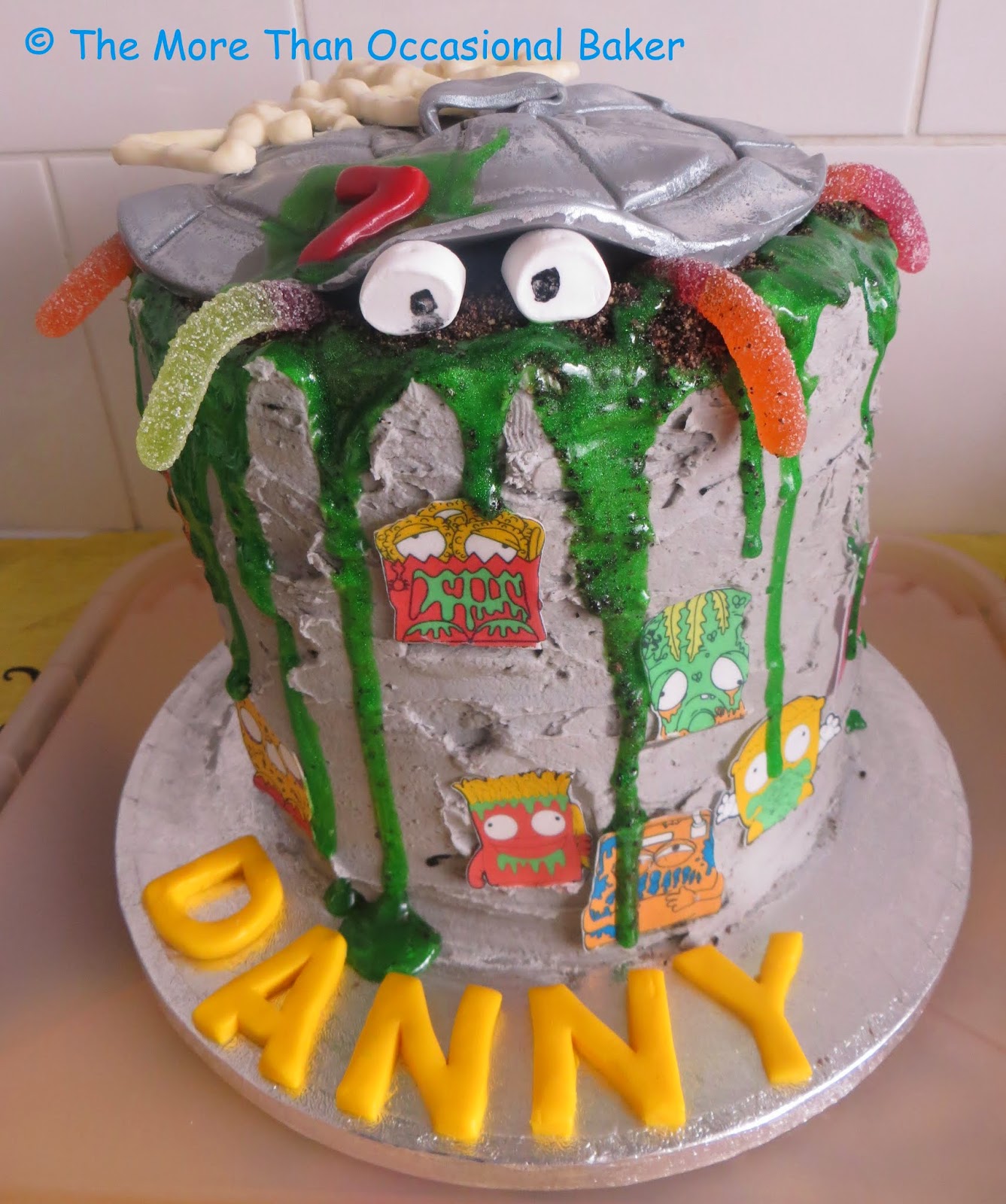 This is another cake order from work. Danny wanted a trash pack cake and again I had no idea what they were. It's a set of toys called trashies that you collect and it's basically things that are in a bin such as a rotten apple core, pizza slice, fish bone. He initially wanted a cake in the shape of the garbage truck but I didn't feel I had enough cake decorating skills to pull it off! A quick search on the internet showed different ways of making a cake that resembles a trash can and that's what I went with in the end. I am really impressed with the end result and so was the birthday boy! He thought it was the best cake ever and was really excited to show it off at his birthday party!

The cake is chocolate cake as requested. I baked 5 x 7inch round cakes and stacked them up with chocolate buttercream in between. I used Nigella's old fashioned chocolate cake recipe which is one of my favorites. It's a really easy mix all in one recipe and tastes divine. I made some grey buttercream by adding a small amount of black food coloring to vanilla buttercream. I'm not as confident with fondant and wasn't sure how to wrap it round the cake to look like a trash can - I suppose I'd have to freeze the cakes and put them on their side?

The best bit of the cake is the "green slime". I bought a tube of Wilton sparkle gel and drizzled it all over so it looked like slime oozing out. The kids were seriously impressed and so am I! The trash can lid is made from a mixture of modeling paste and fondant. The dirt is crushed Oreo and rich tea biscuits (I had some leftover from my minecraft cake). I poked holes in the cake and pushed the jelly worms inside so it looks like the worms are crawling out. The fish bone was piped freehand with melted white chocolate. I ordered a fish bone ice cube tray but didn't realize it was being shipped from outside the uk so it arrived too late. However this messy fish bone looks more realistic as a rotting fish bone in the trash! 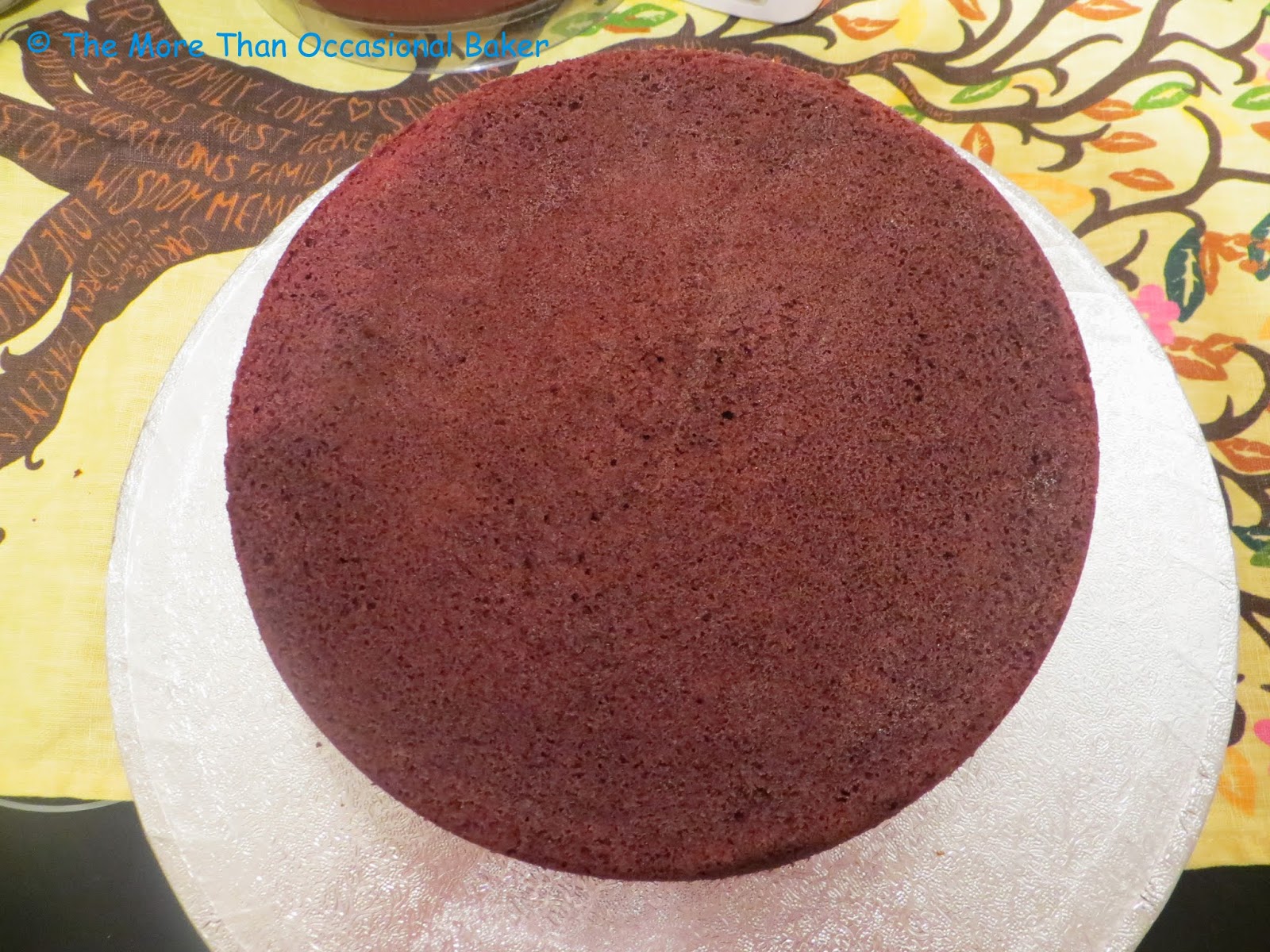 Building up the layers 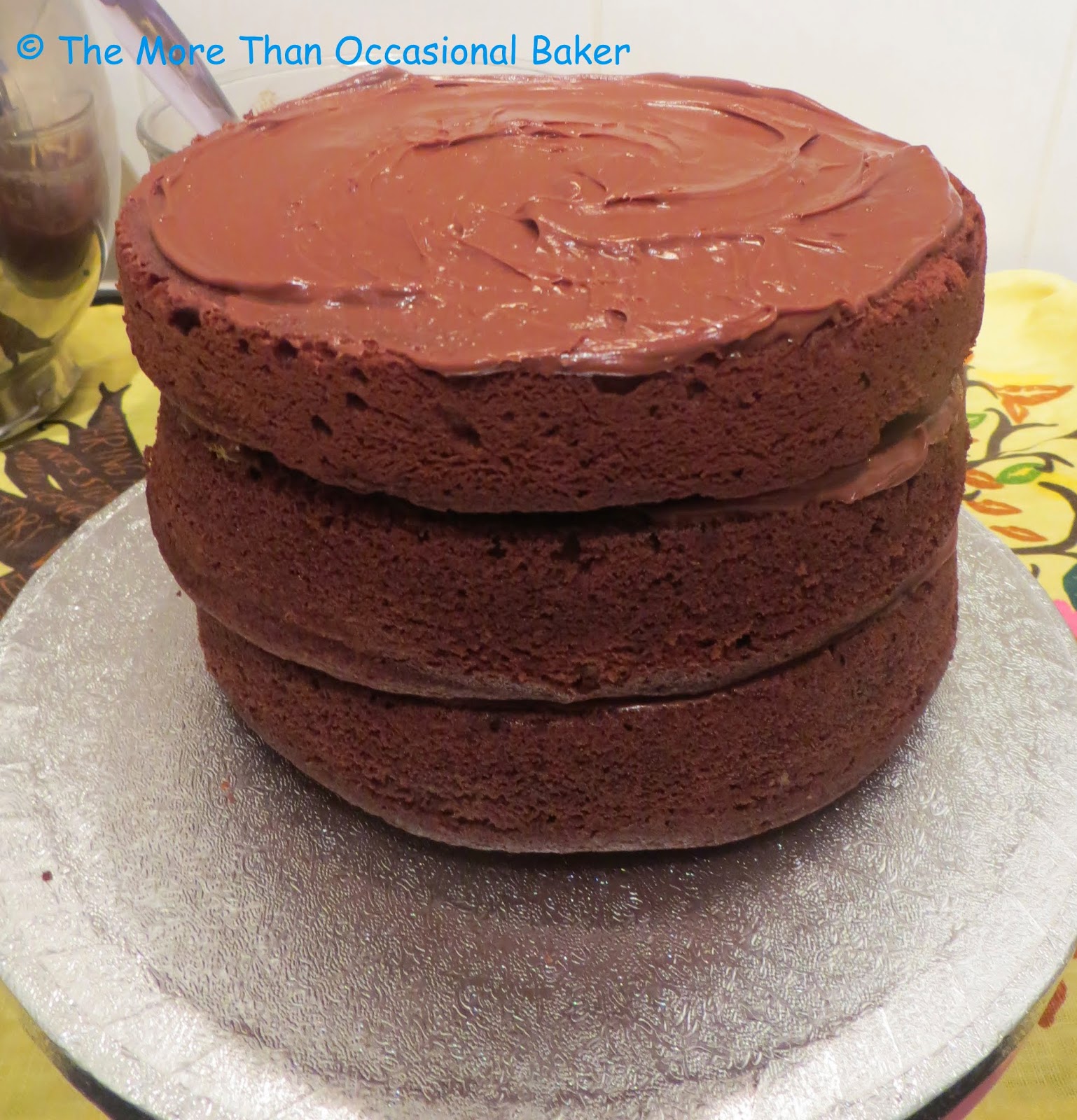 I used 5 layers in the end 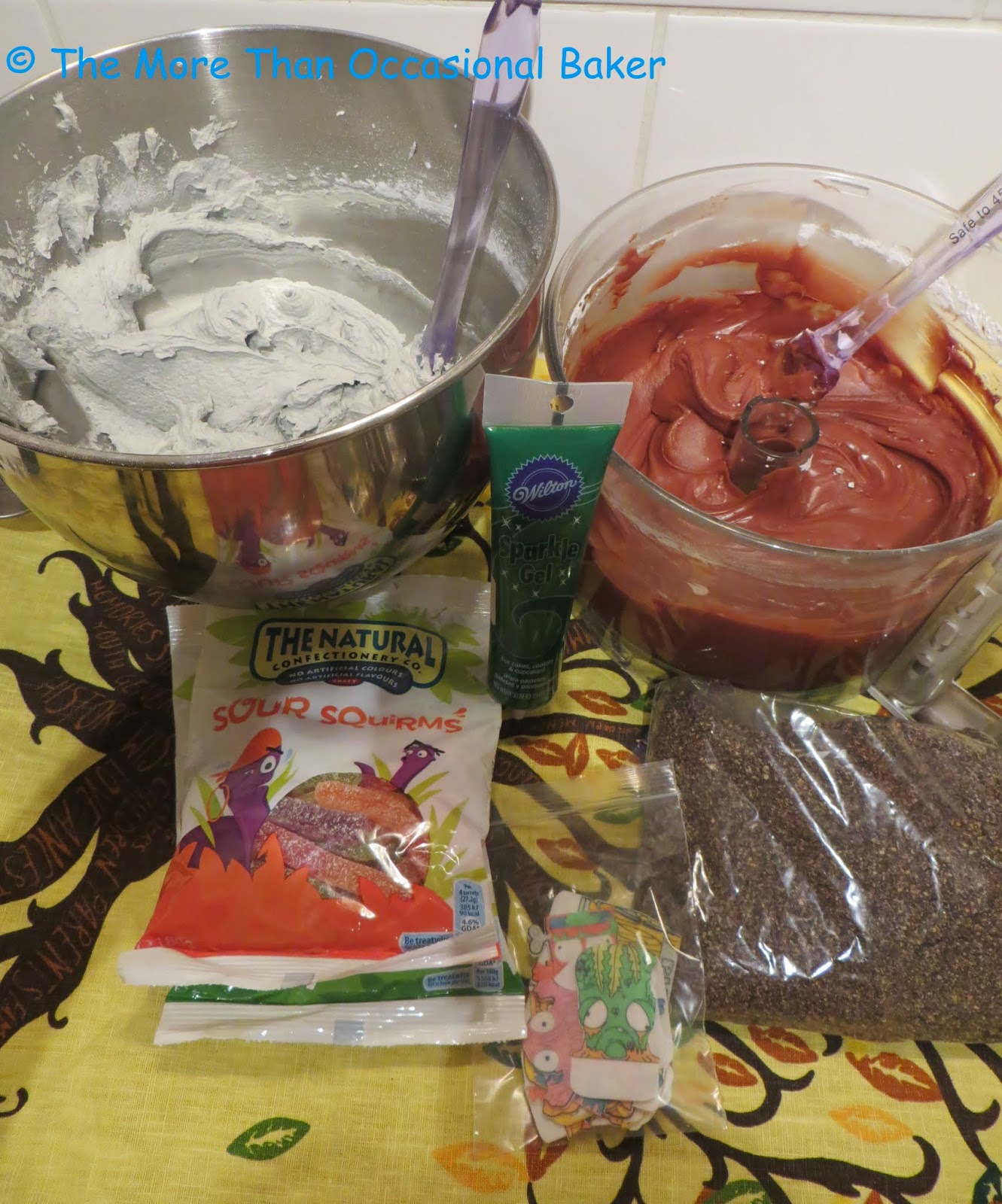 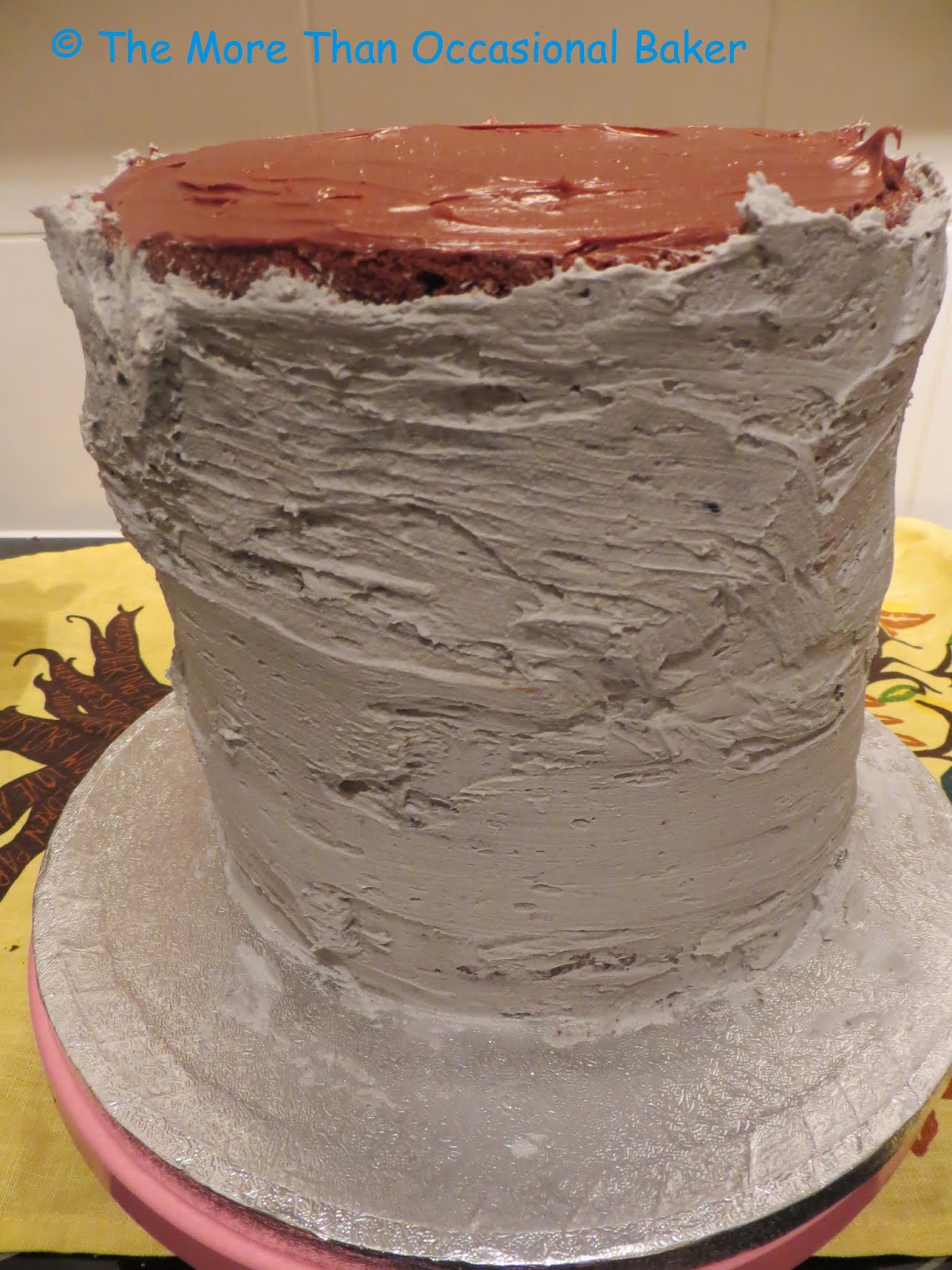 After stacking the cakes, I put grey buttercream around the outside. 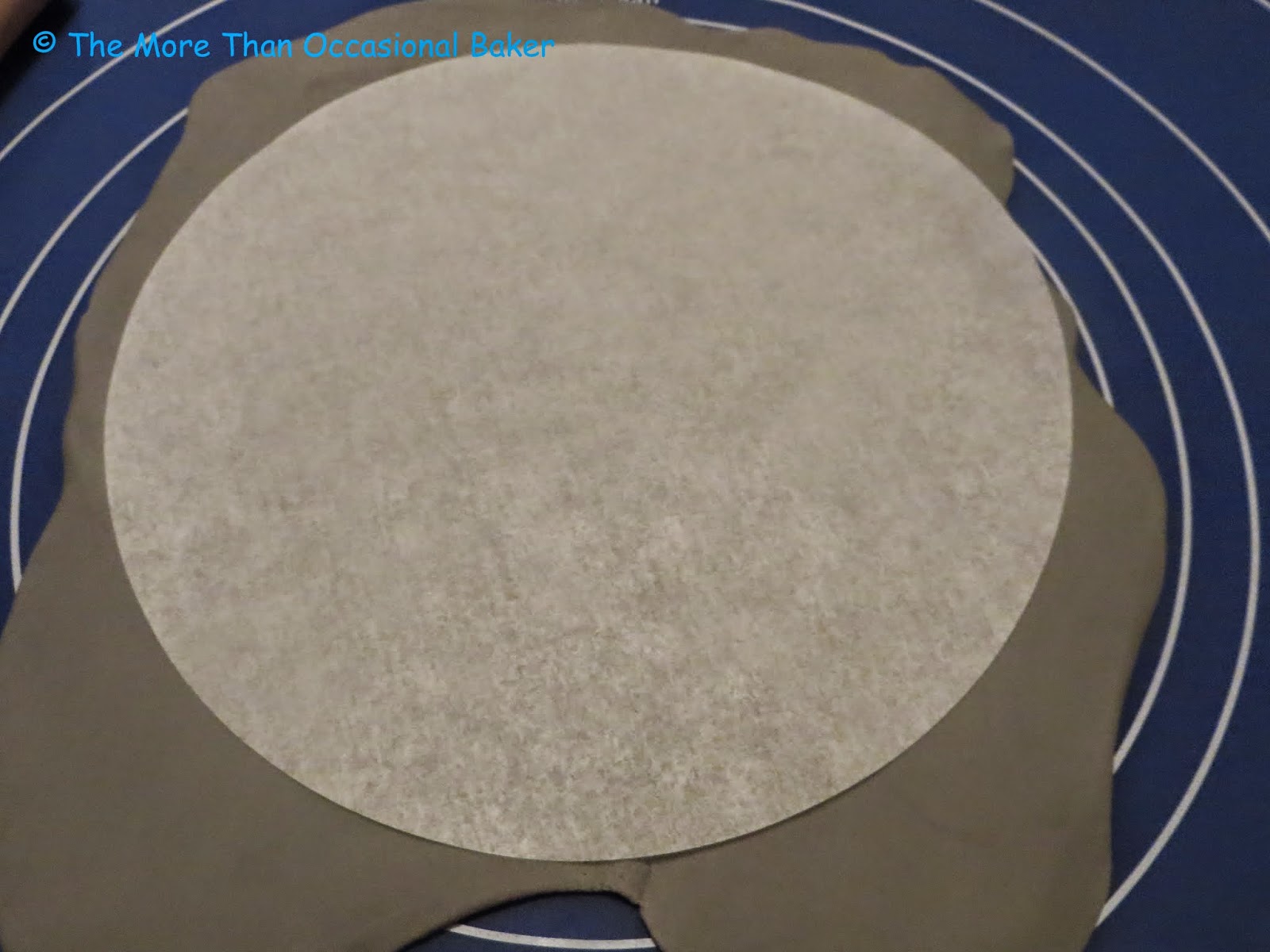 Making the trash can lid - I made this 2 days in advance so that it would set. I cut out the same size circle as my cake tin 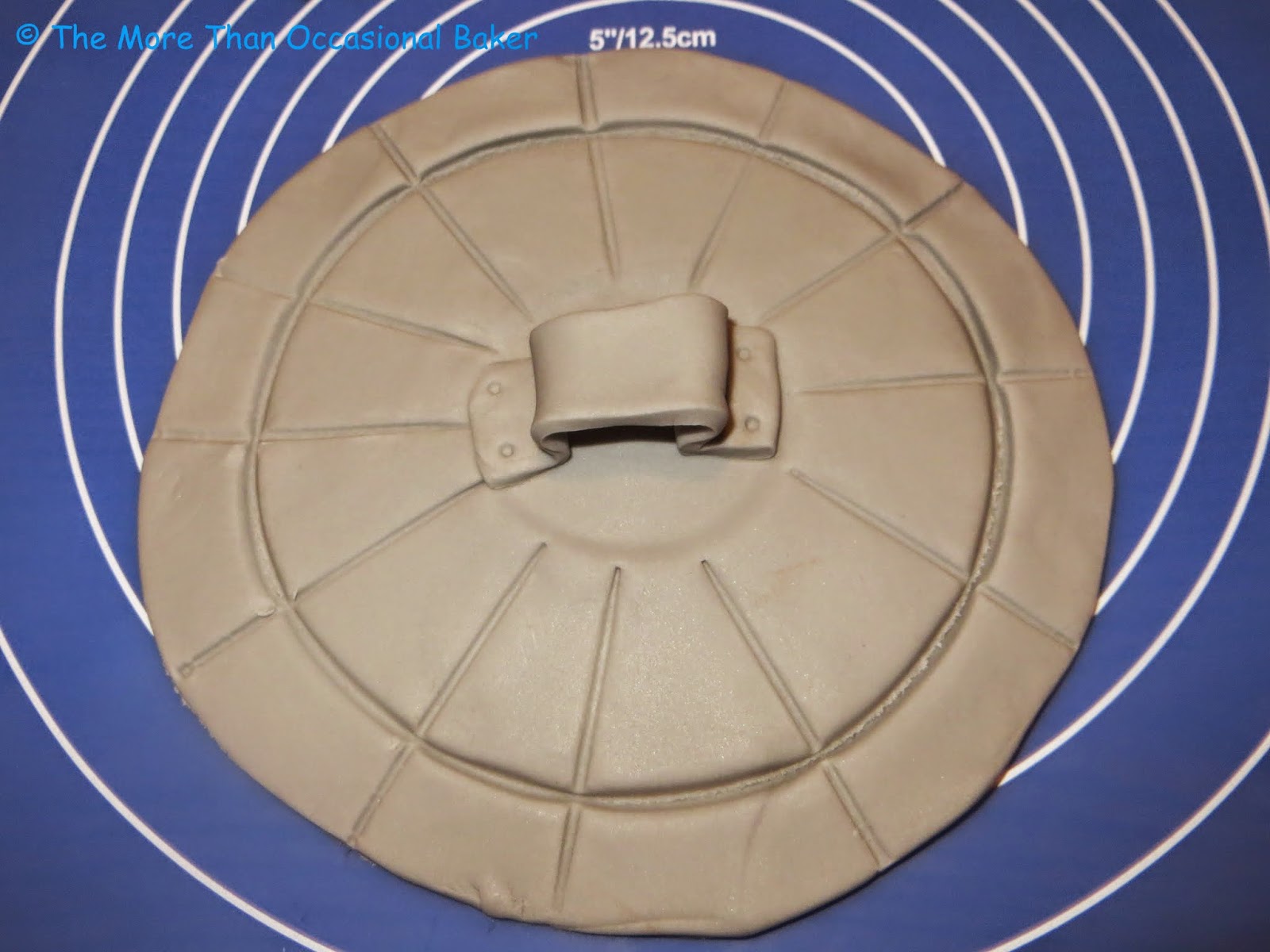 I used a smaller bowl to make the inner round indentation and a skewer to make the grooves. The handle was formed freehand with fondant. 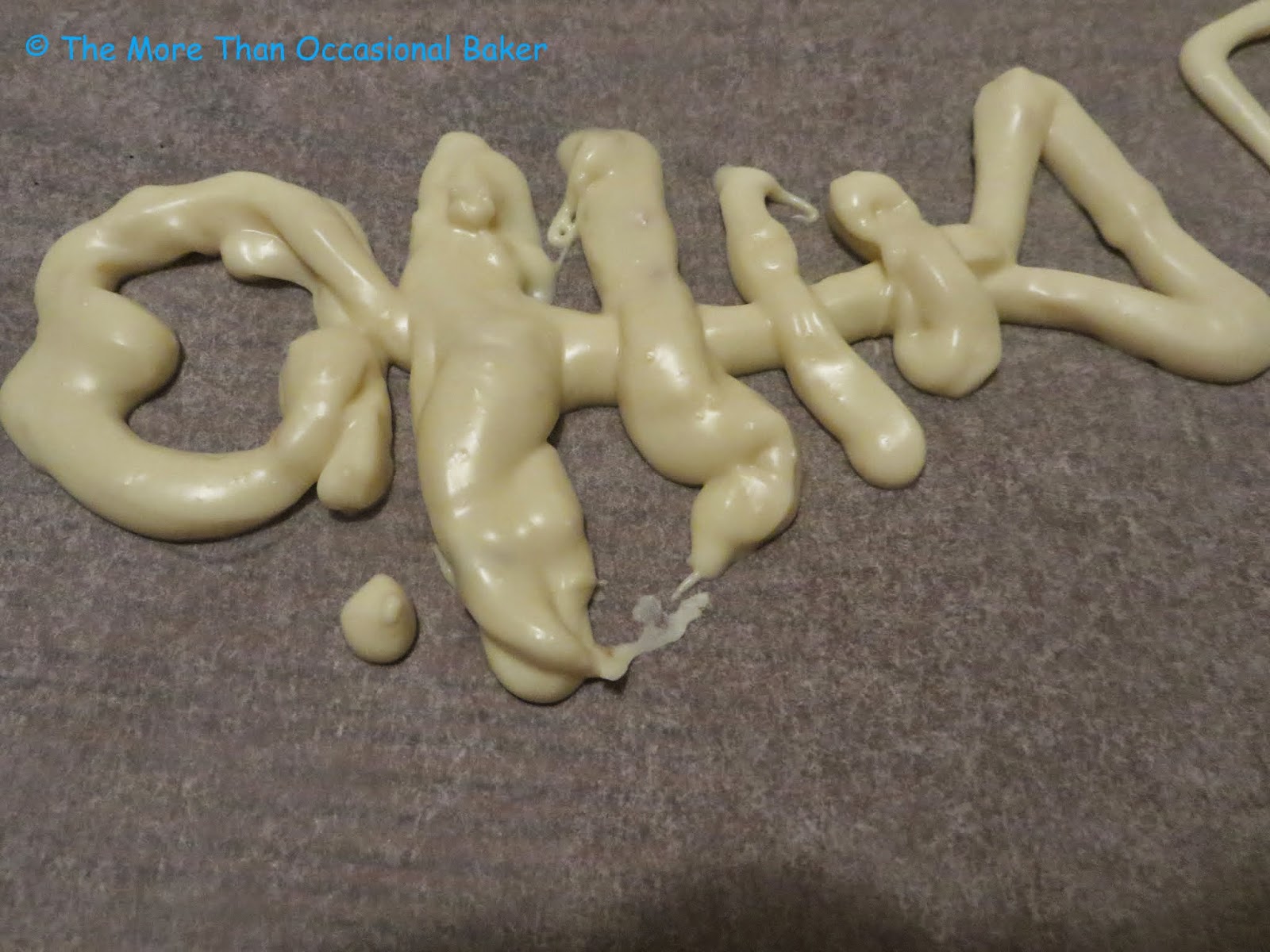 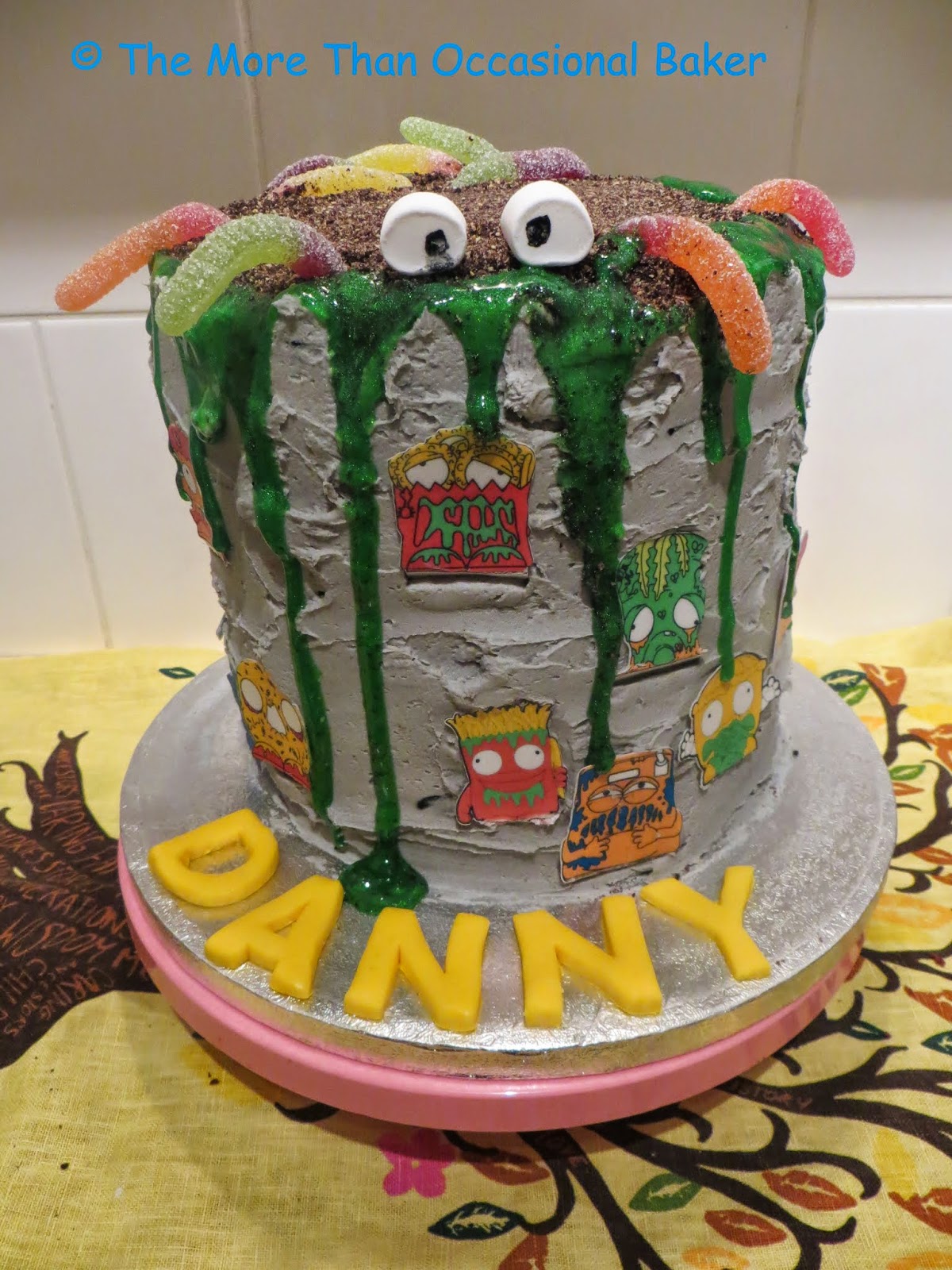 The eyes are made from marshmallow with a bit of black food colouring for the eye ball and really transformed the cake when I put them in! I ordered some edible trash pack cake toppers from ebay as I was initially planning on a slightly different cake so I just stuck them all around the trash can and it worked beautifully. The best bit as I mentioned is the green slime! Look at it oozing beautifully :) 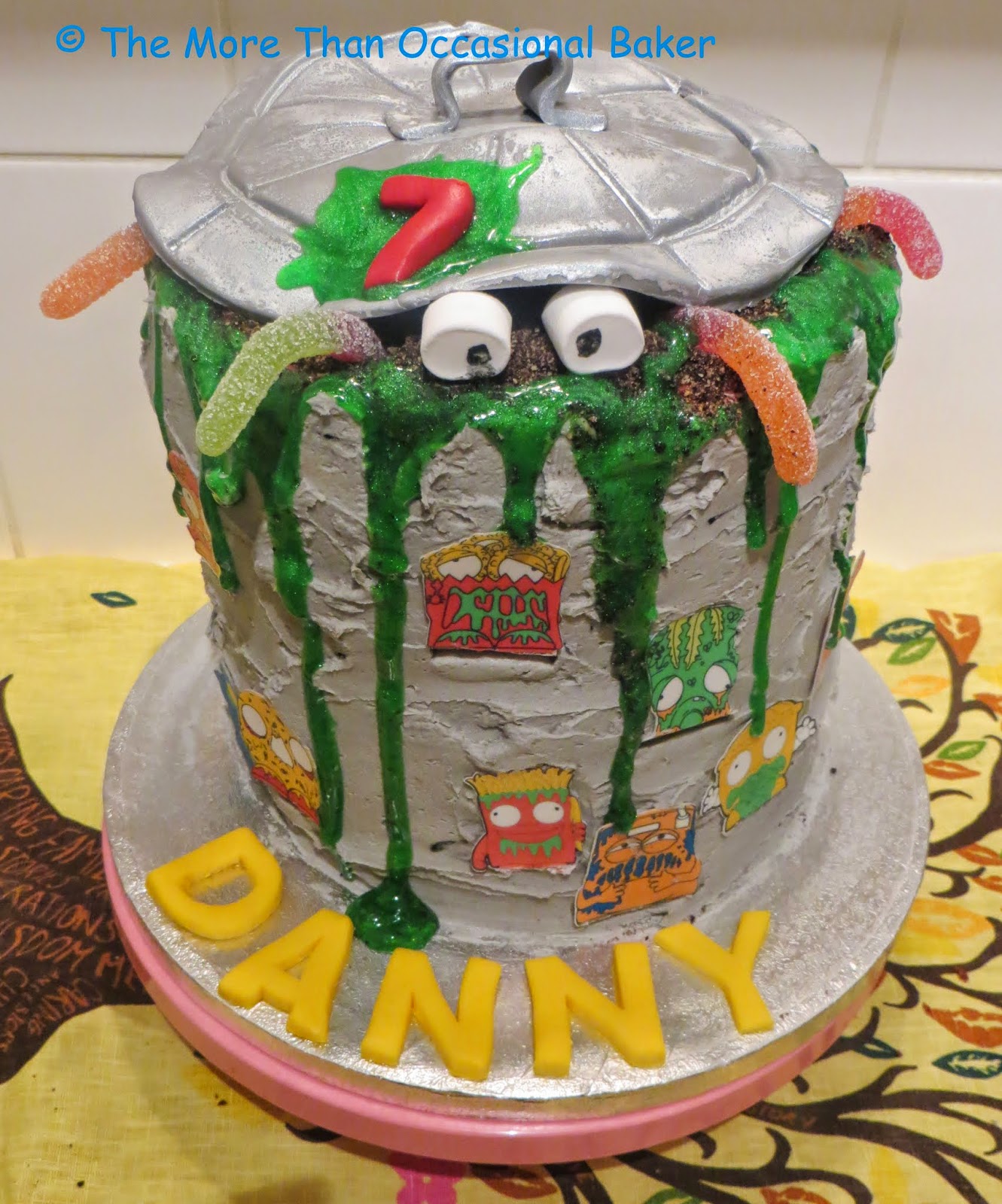 With the lid on. I put a blob of 'green slime' and added a '7' cut from fondant. 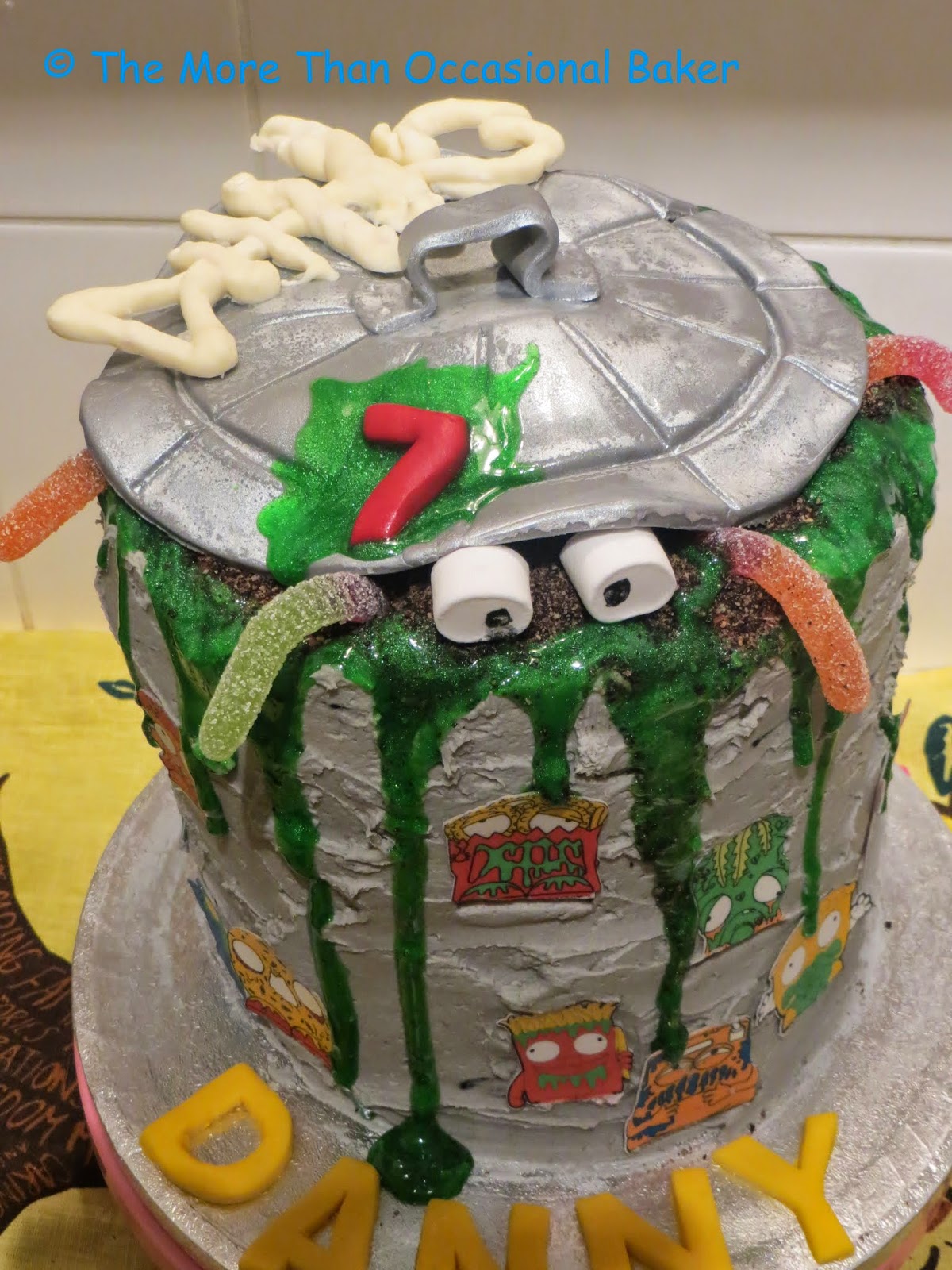 With the fish bone 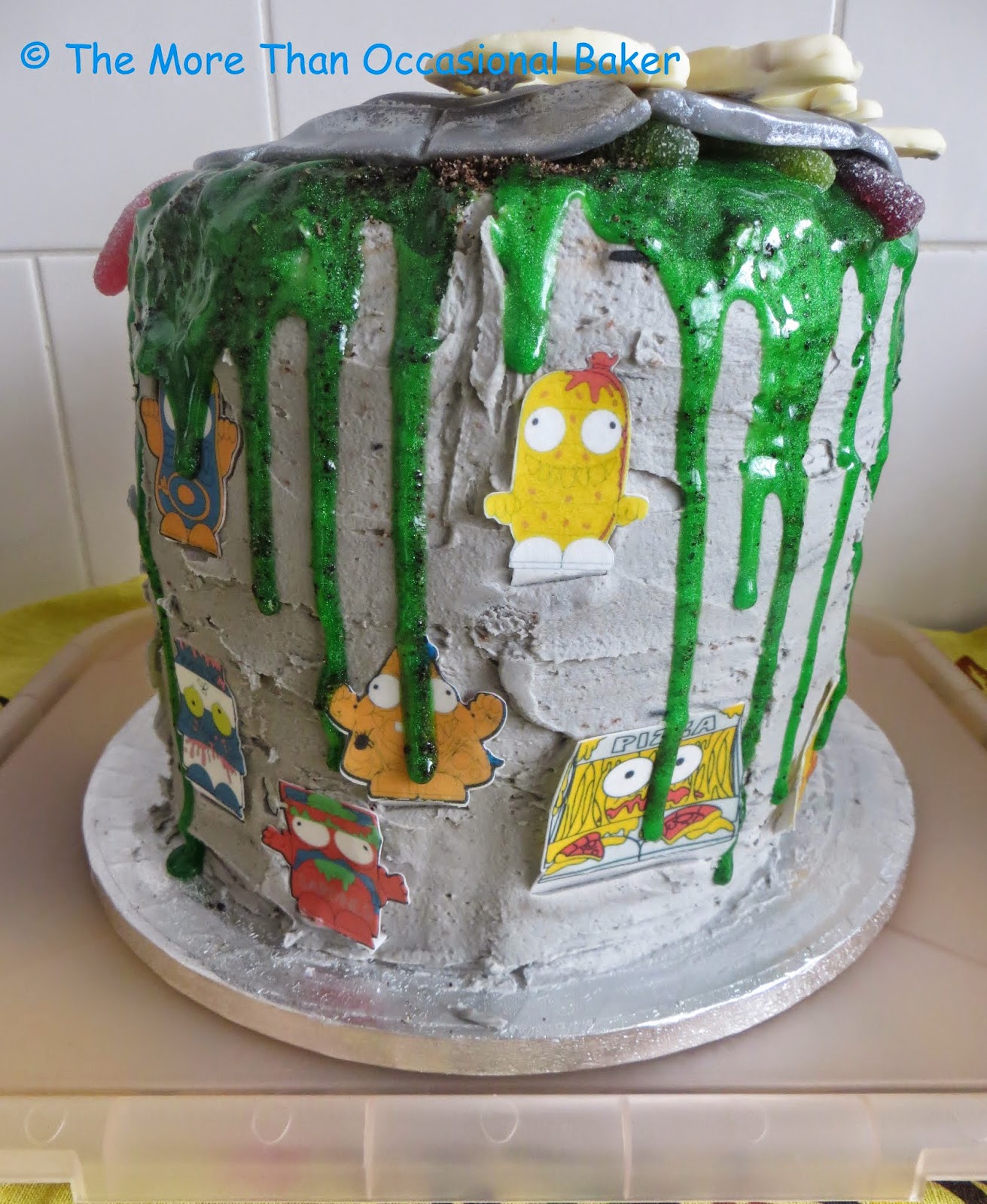 The view from the back - a little wonky but I think it adds to the overall trash can effect.