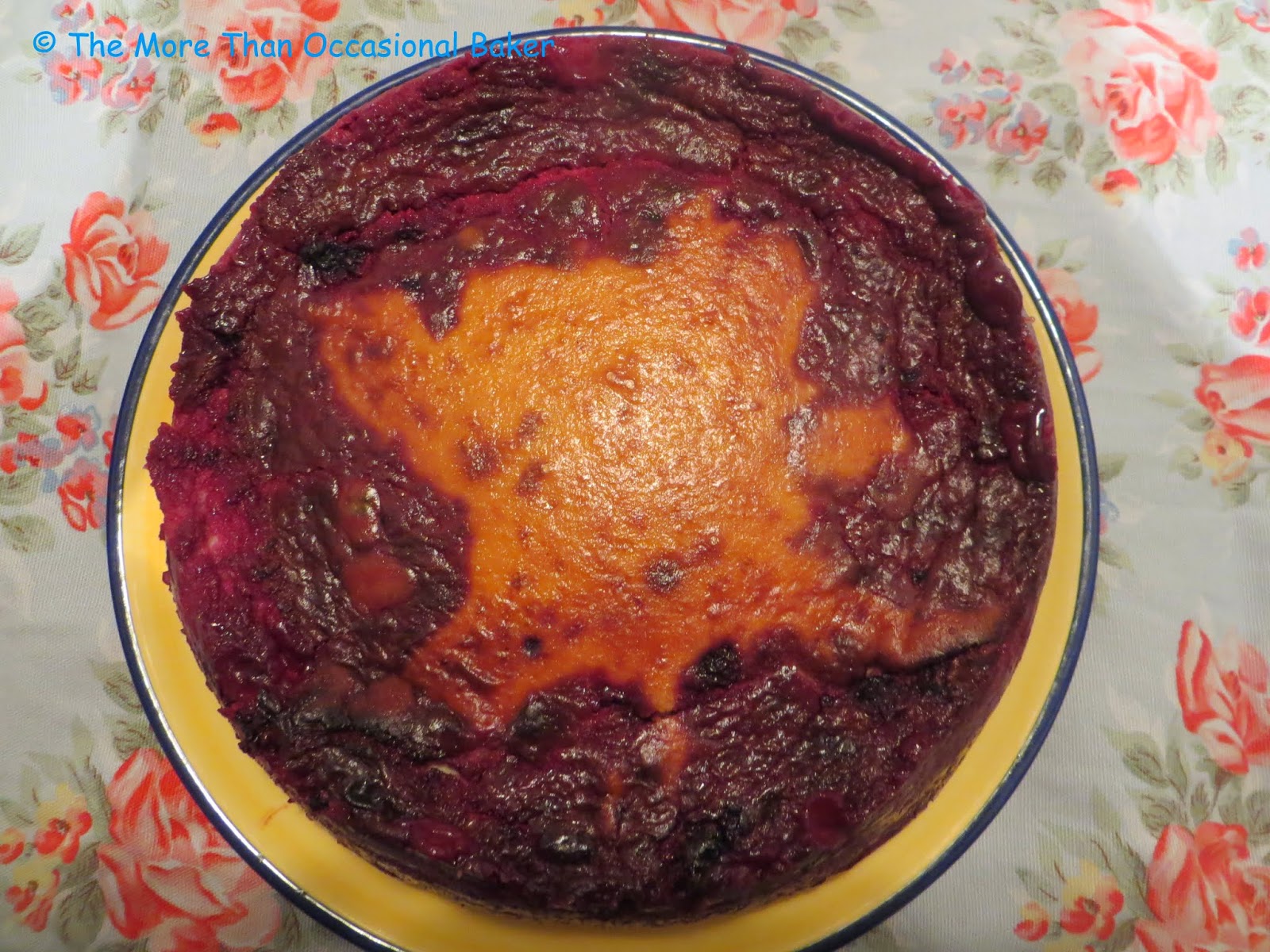 J's favourite fruit is blackberries and he is always asking for a blackberry dessert. Luckily I had a large box of blackberries from my colleague's garden in the freezer. I've made numerous crumbles with them but this time I wanted to make something a little special. J also loves cheesecake hence this blackberry, lemon and vanilla cheesecake. The inspiration for this recipe was a lovely two layer cheesecake but unfortunately mine looks nothing like that! However, it tasted heavenly and that's what really counts. I made a vanilla layer using vanilla extract and vanilla bean paste and a blackberry & lemon layer. The blackberry layer was a little tart and paired perfectly with the sweeter vanilla layer.

I'm sending this to  Four Seasons Food hosted by Louisa from Eat Your Veg and co hosted by Anneli from Delicieux. The theme this month is "getting fruity".

It also fits in to Shop Local hosted by Elizabeth from Elizabeth's Kitchen Diary. This challenge was created to highlight produce from local sources. The blackberres in this recipe came from a colleague's garden. 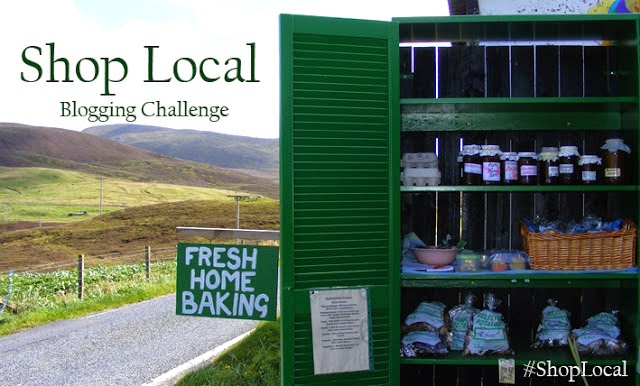 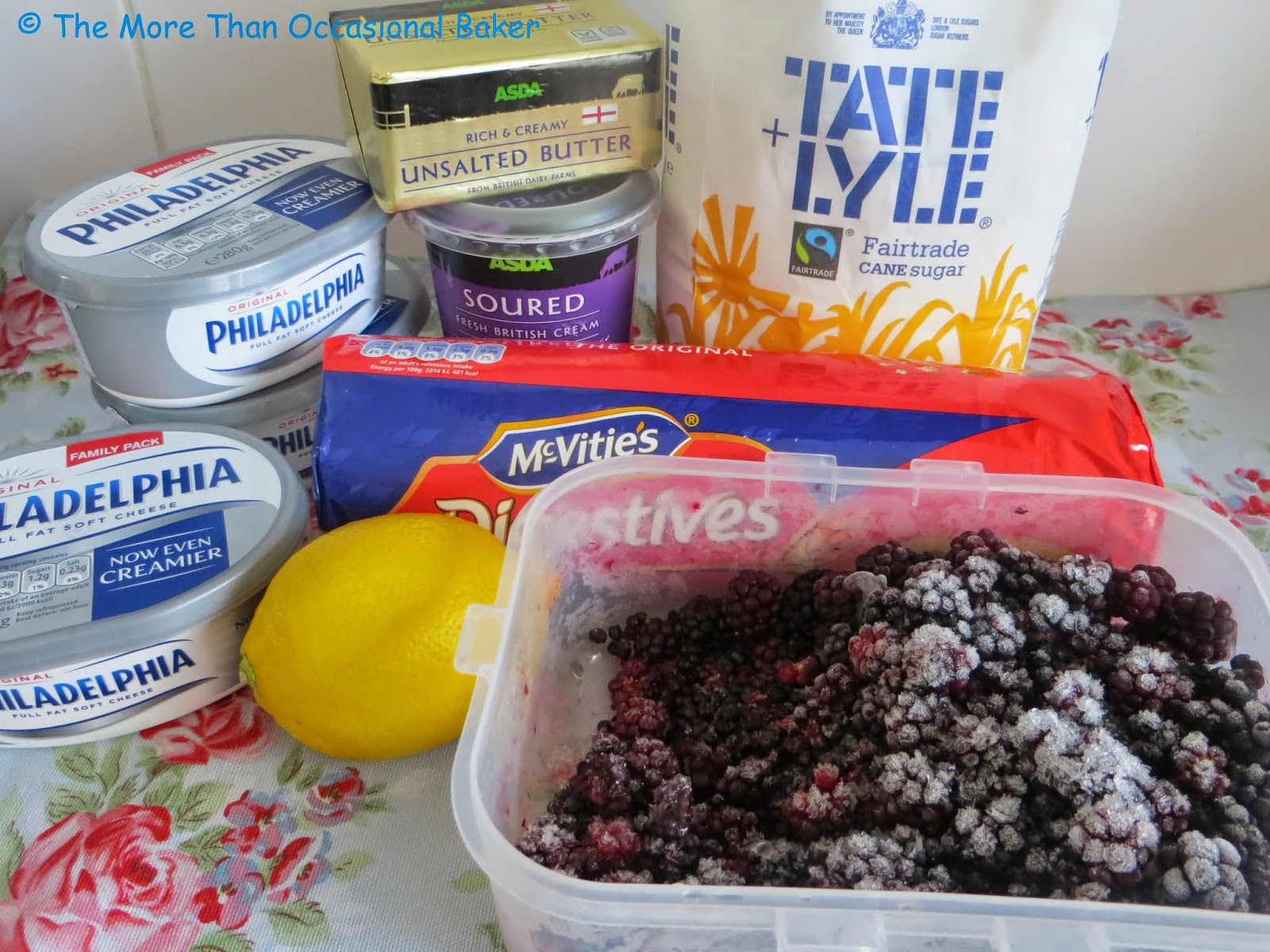 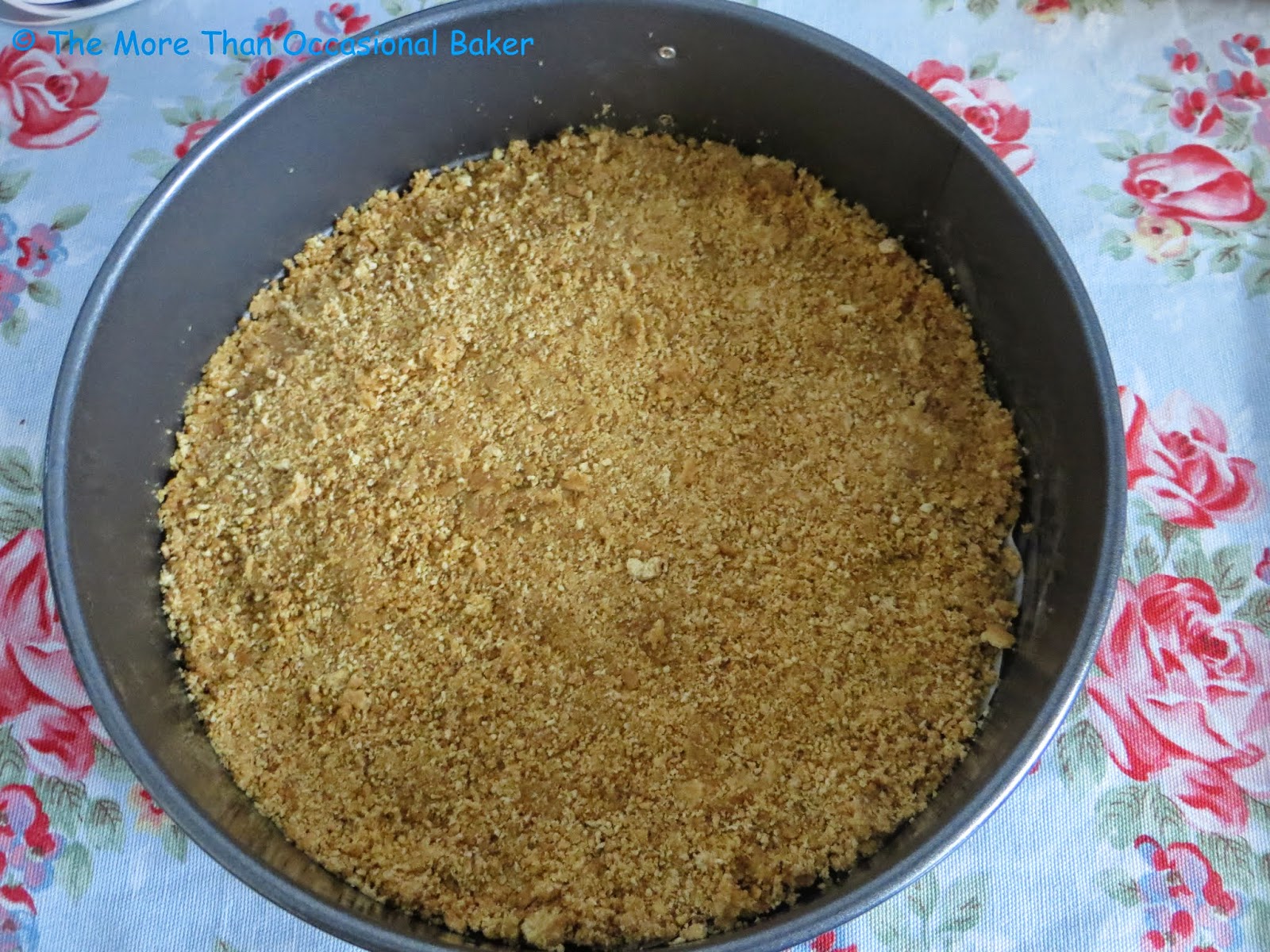 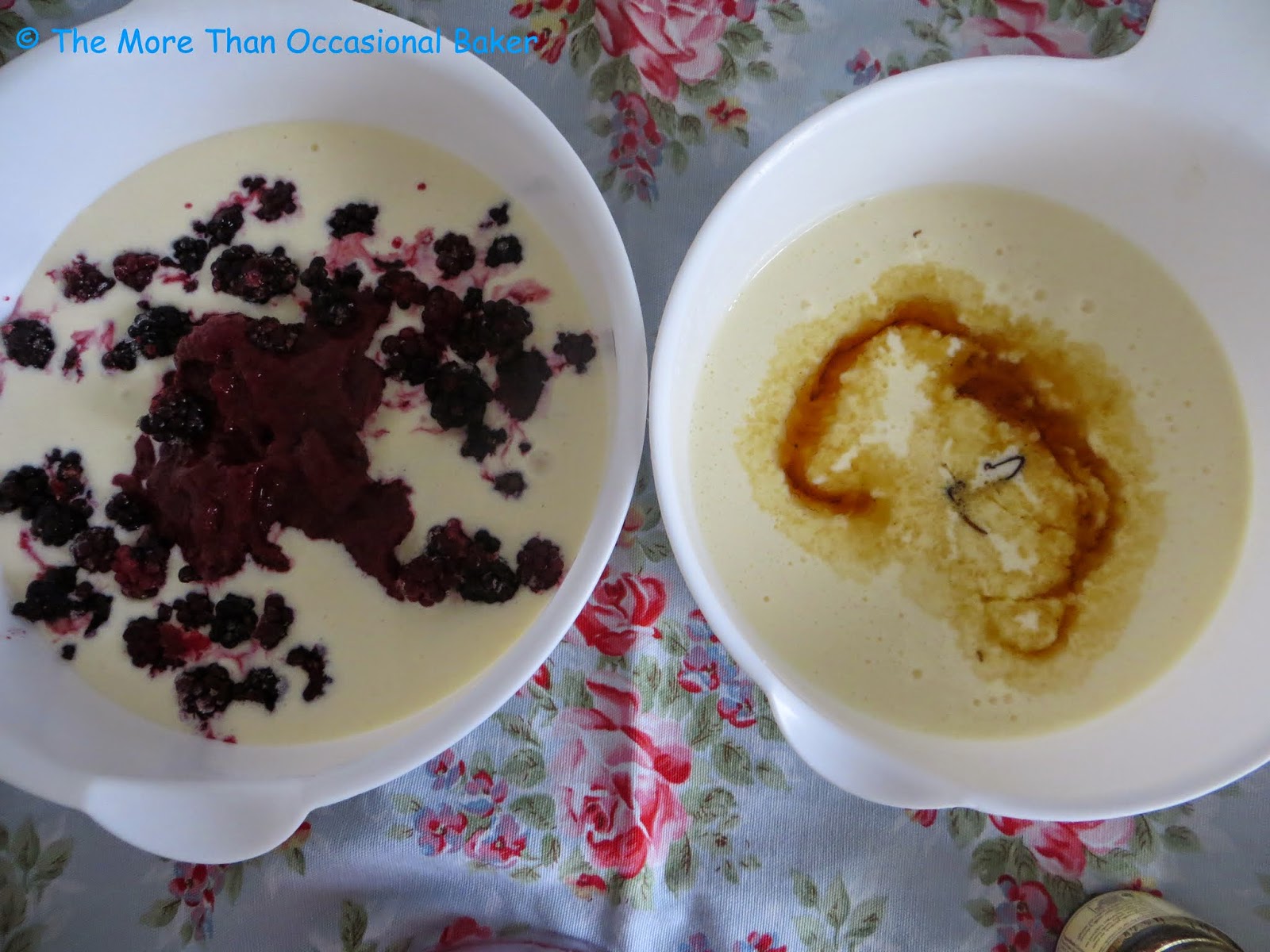 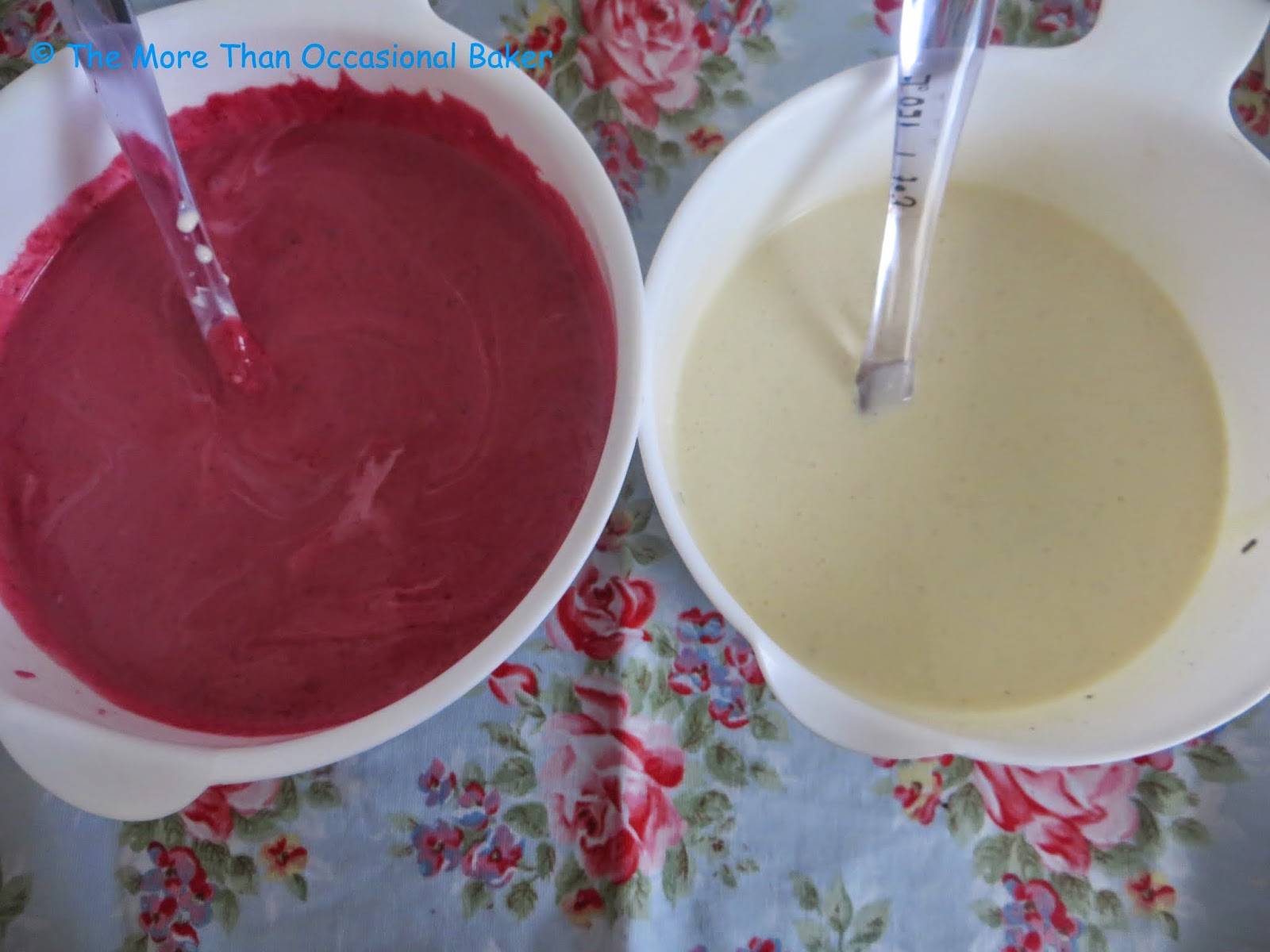 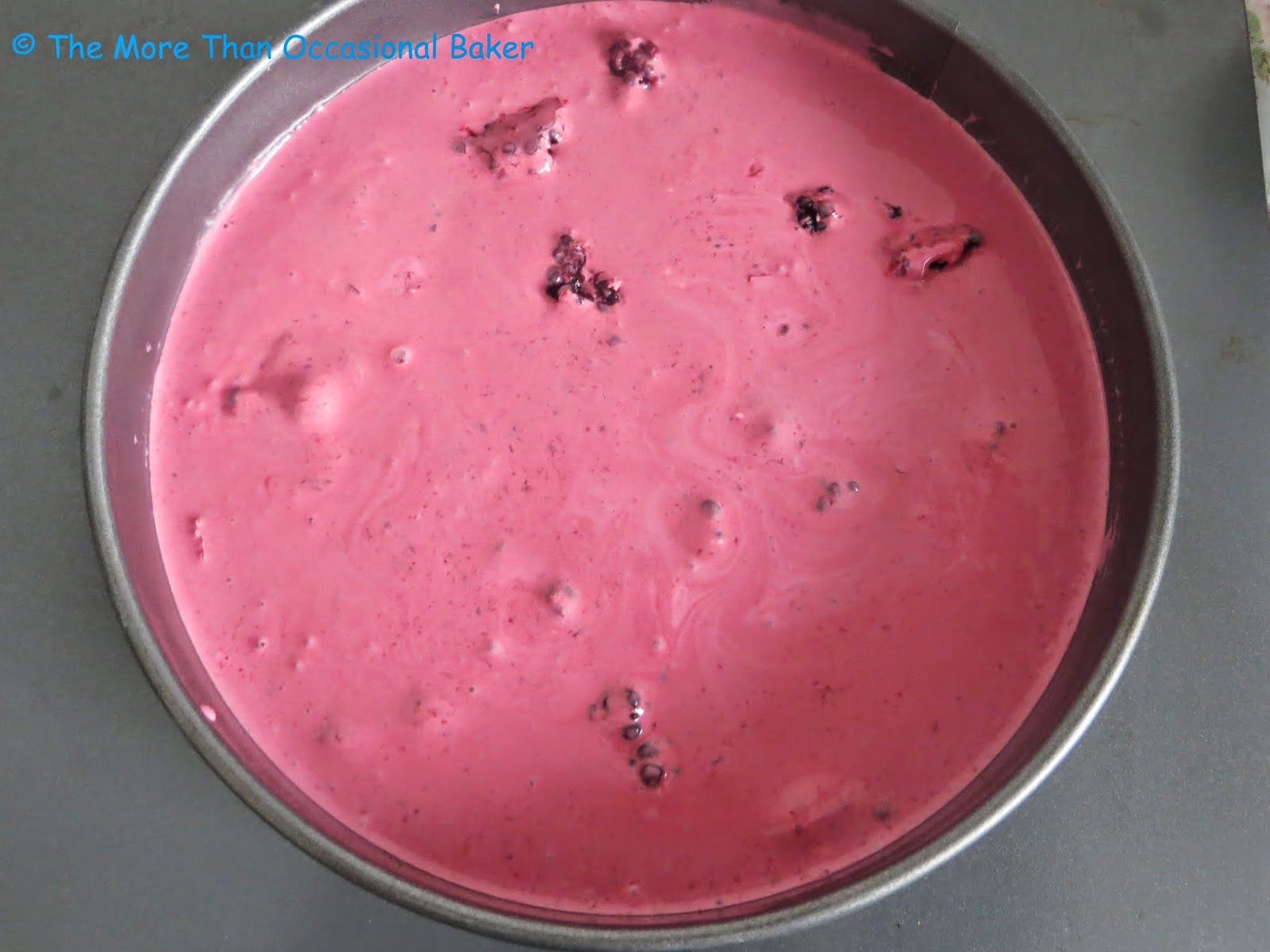 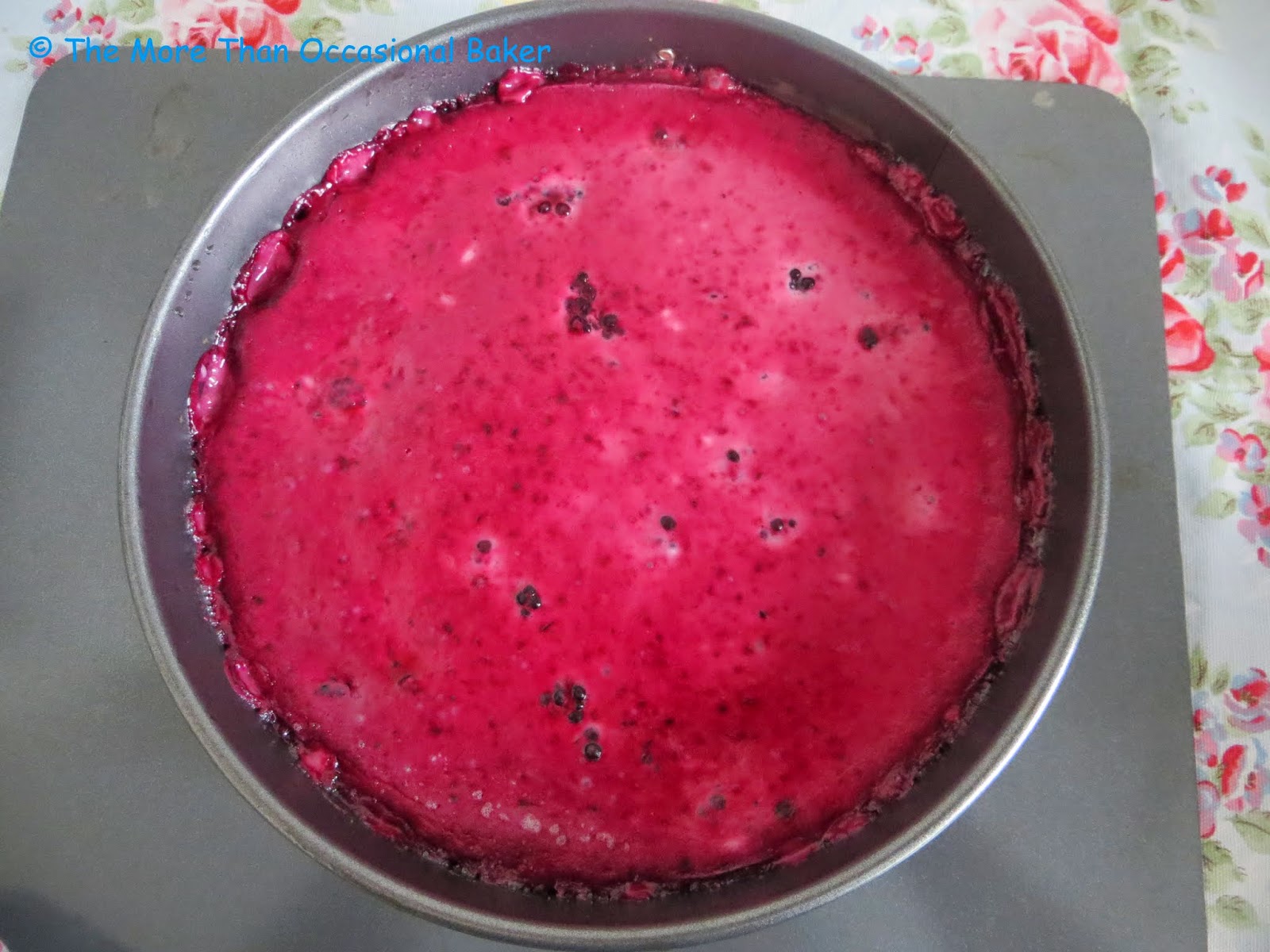 after baking for about 25 minutes 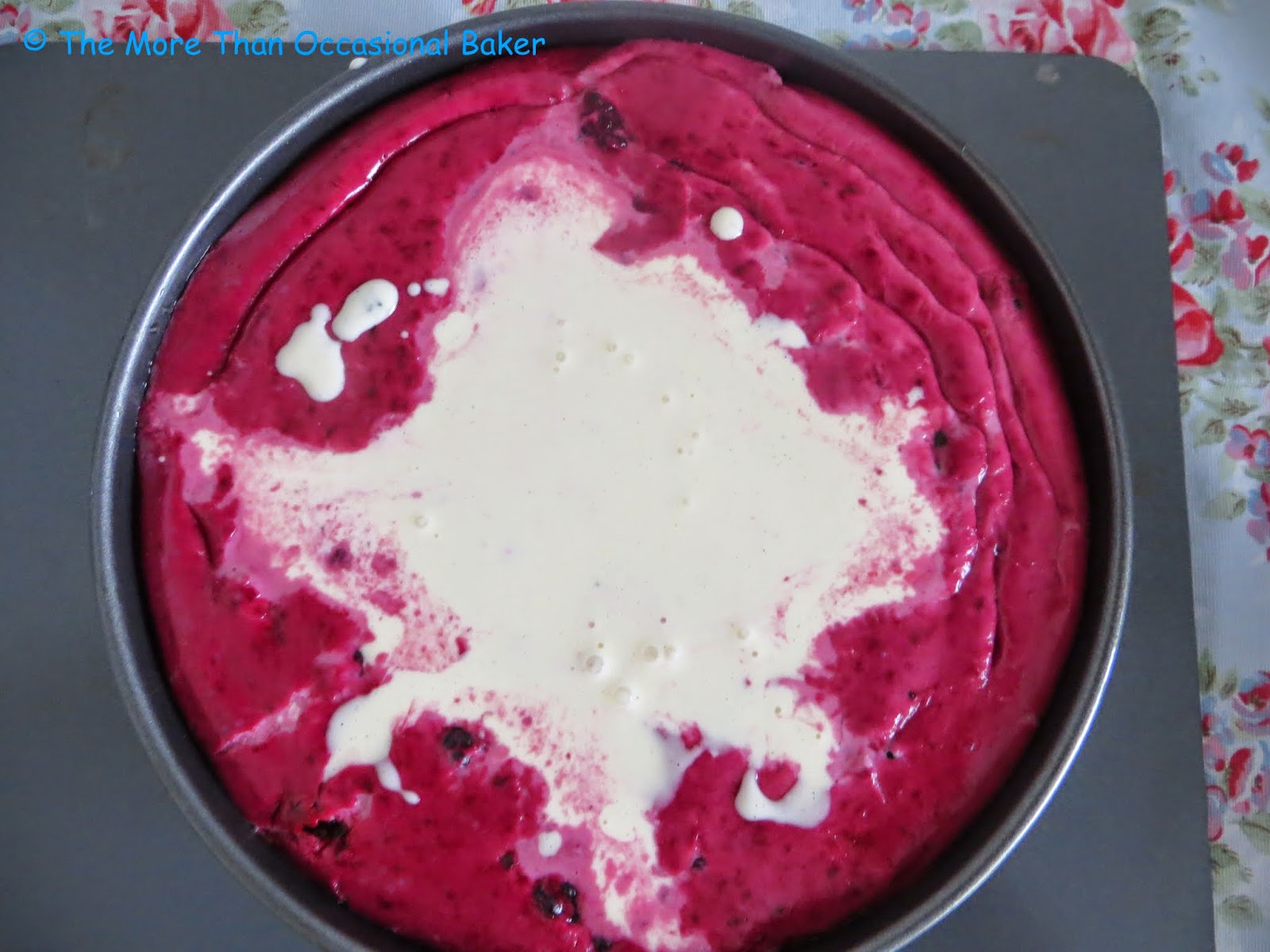 adding vanilla mix on top which mostly sunk to the middle, pushing the blackberry layer to the outside 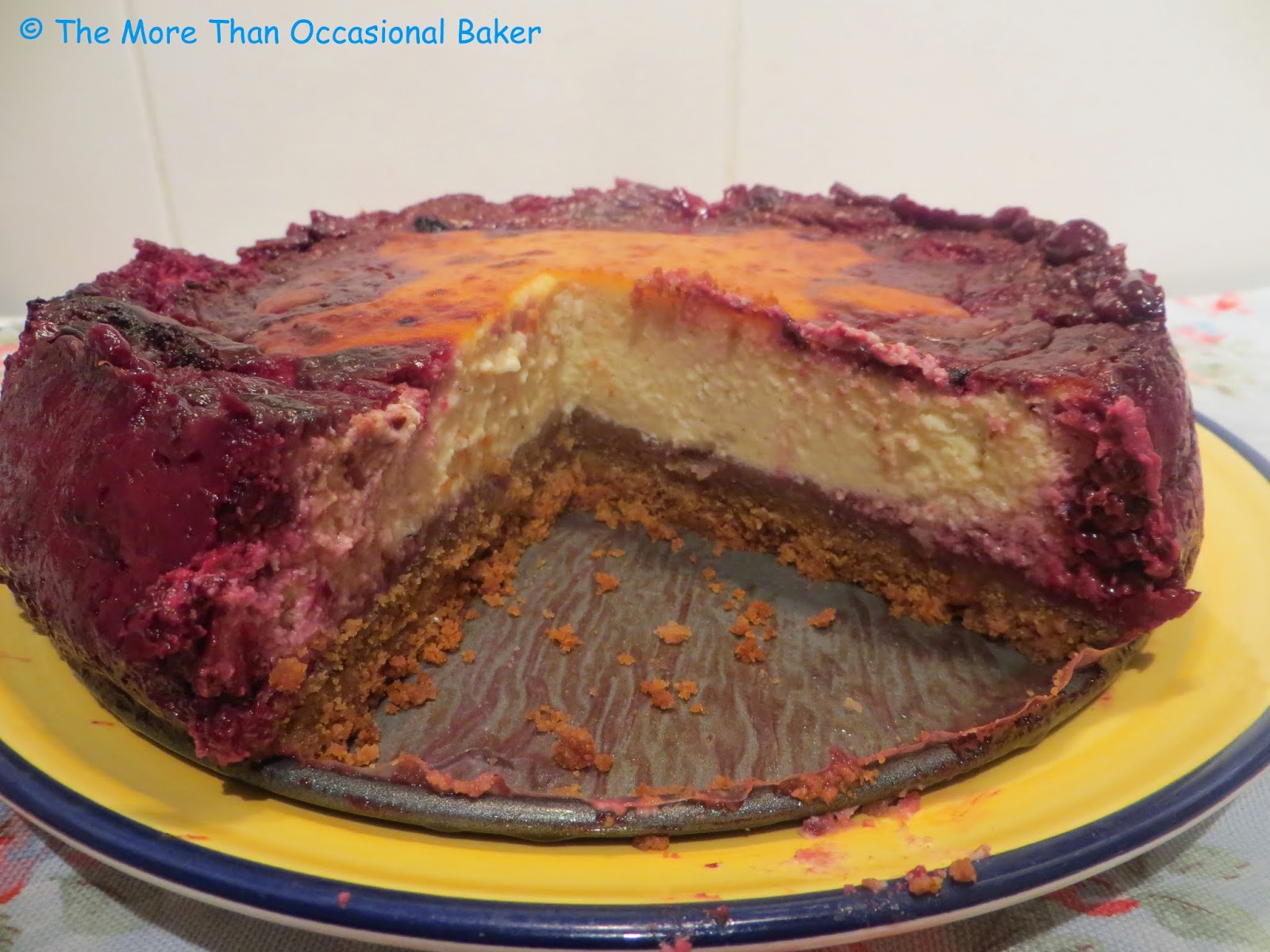 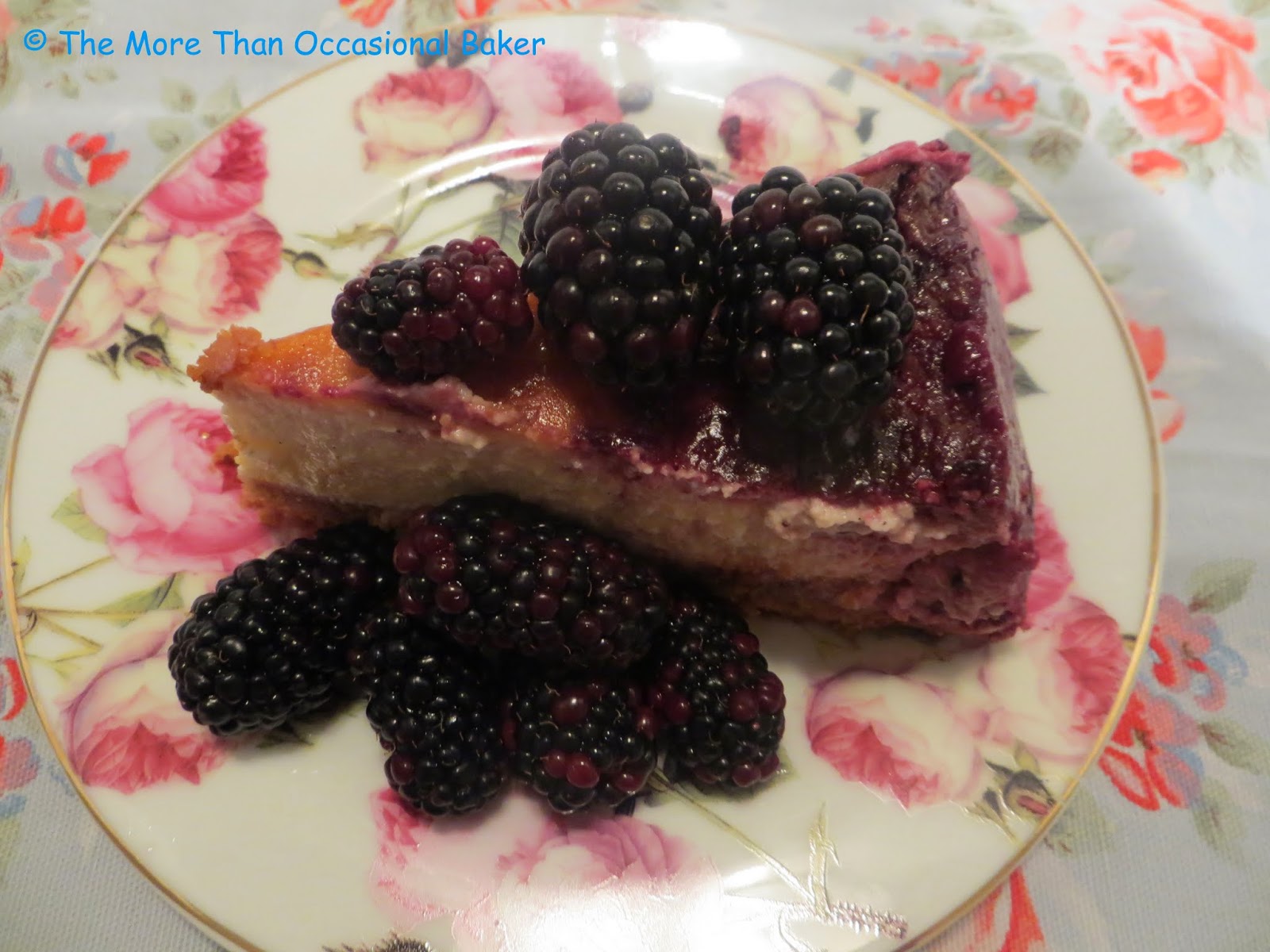 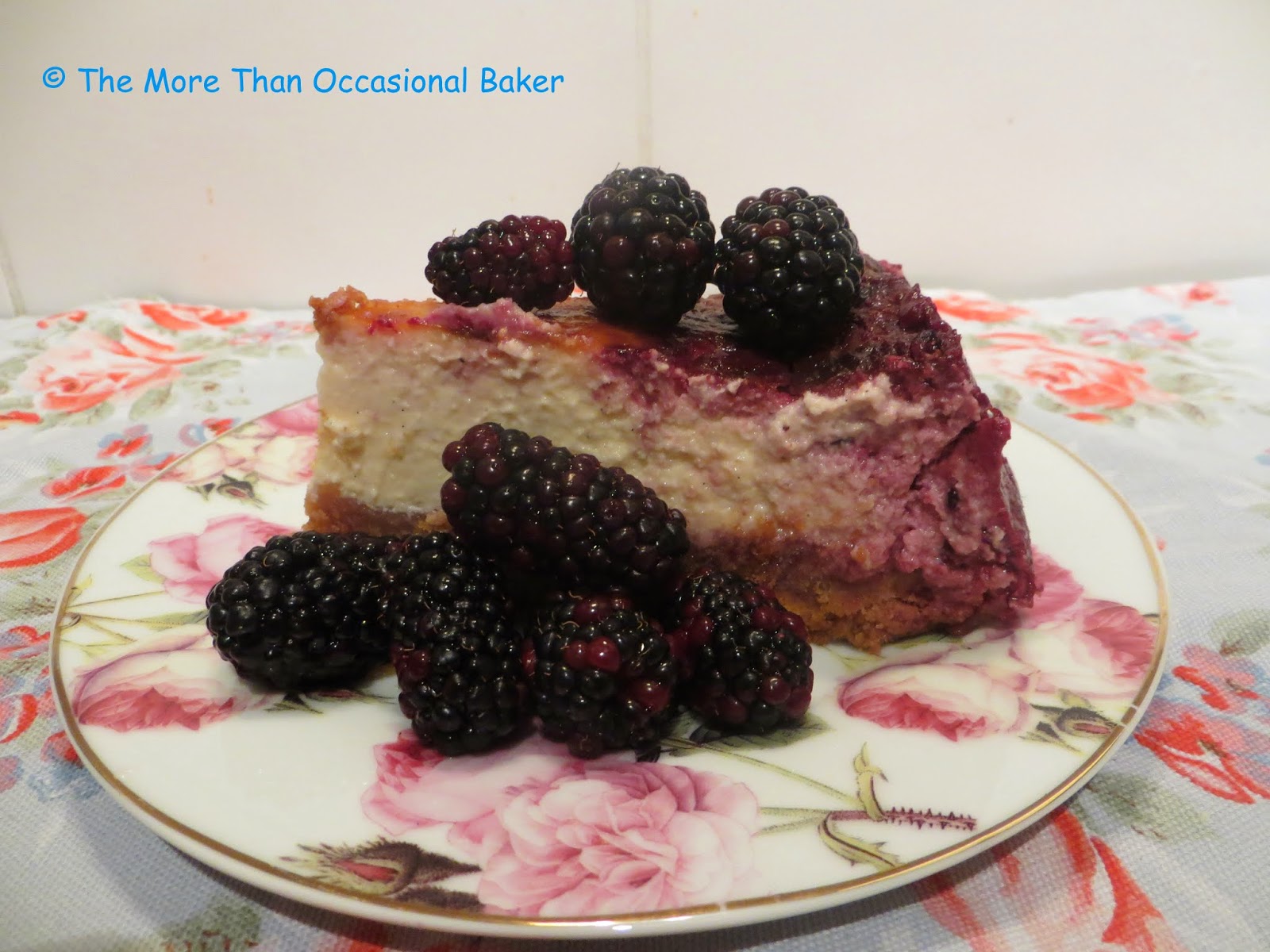