Gentleman's Afternoon Tea at The Athenaeum 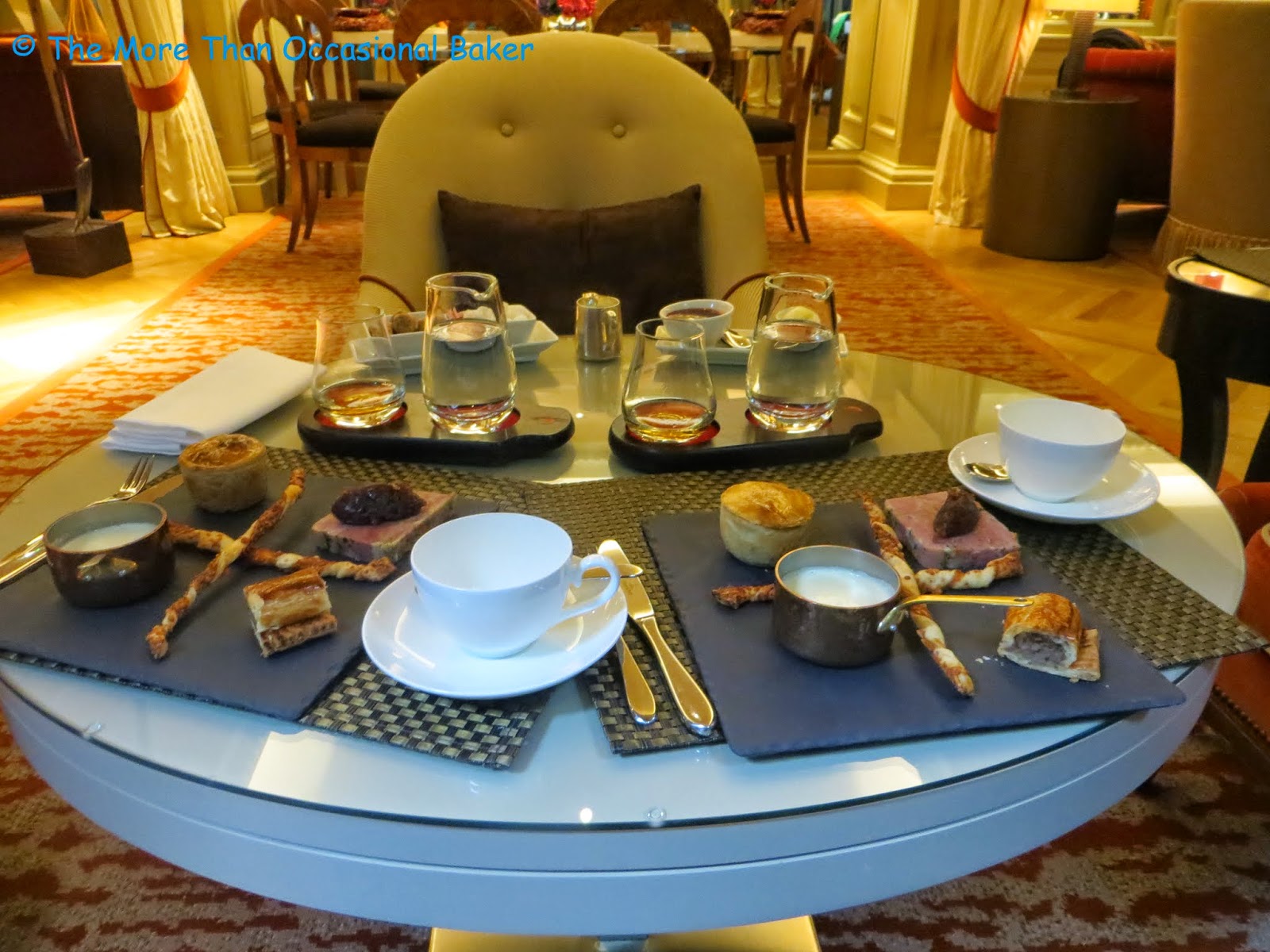 What does afternoon tea mean to you? To me it feels indulgent as it's usually a treat or a special occasion. I love having afternoon tea in fancy hotels and have been to a fair few in my time although not recently. When I was invited by The Athenaeum to sample their Gentleman's Afternoon Tea I immediately said yes as I'd been there for dinner before and the food was excellent. It is also on my list of afternoon tea places to try in London. They were voted best afternoon tea in London for 2012 by the Tea Guild.

The Gentlemen’s Afternoon Tea is a new take on the traditional afternoon tea, but without a cucumber sandwich or fancy cake in sight. Instead they've given it a manly twist, serving hot food items such as wild boar sausage rolls, miniature steak and ale pie and cave-aged mature cheddar and bacon scones. It also comes with a wee dram of whisky. I can't tell you how excited J was as whisky is his favourite tipple! This menu is currently available until the end of the calendar year but you have to book at least 24 hours in advance.

We were greeted warmly by the hostess on arrival and as we were early, we sat in the bar to wait for our table. The service then was warm and efficient. We were offered a drinks menu and an explanation of the afternoon tea. When our table was ready, we were shown to large, airy and bright room. There are only 9 tables with a maximum of 38-40 covers. The weekends are especially popular so you do have to book well in advance. The atmosphere is calm and peaceful and you do feel like you are in a corner of your own. 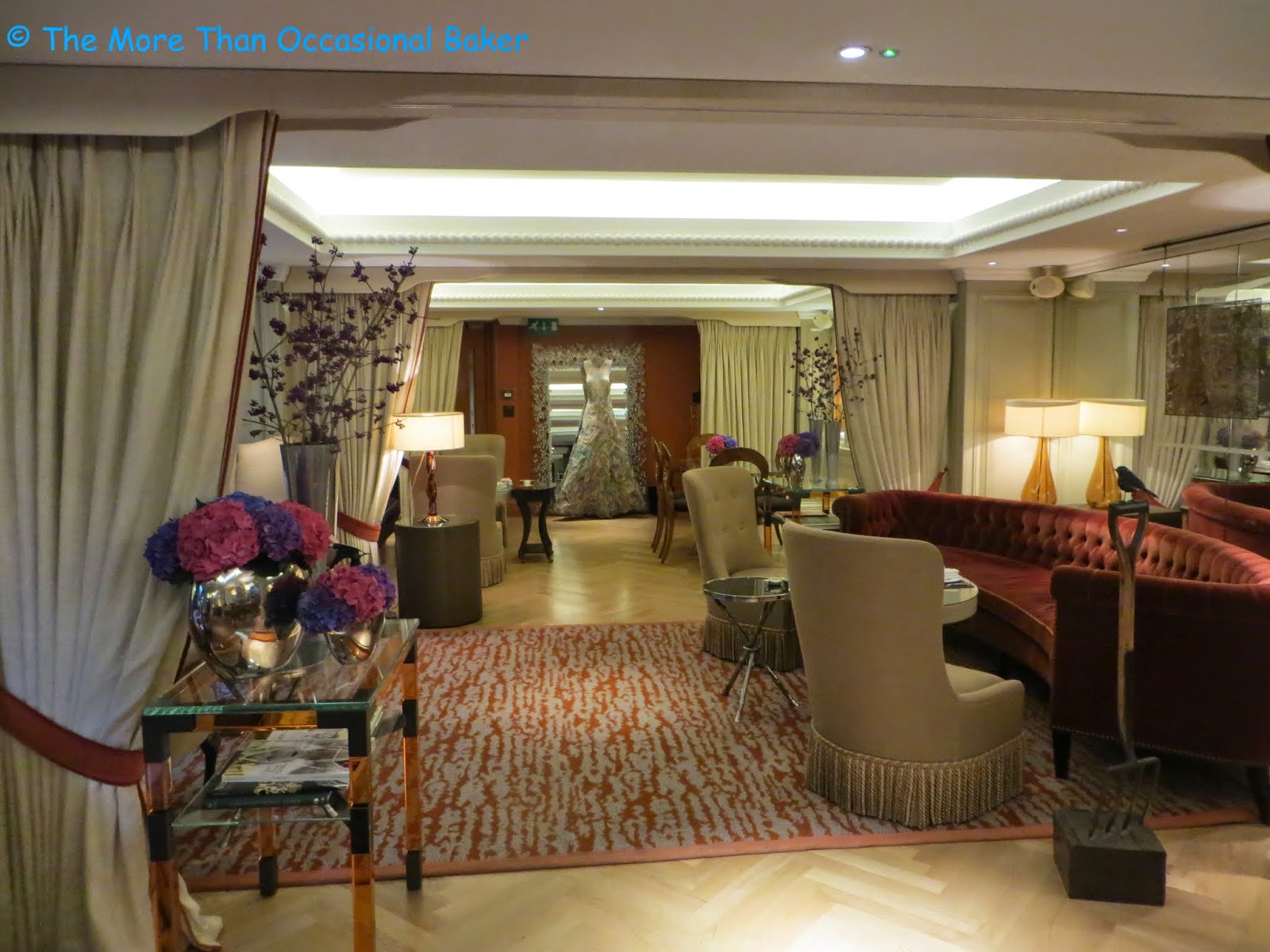 view as you walk into the room. Our table was on the left behind the flowers 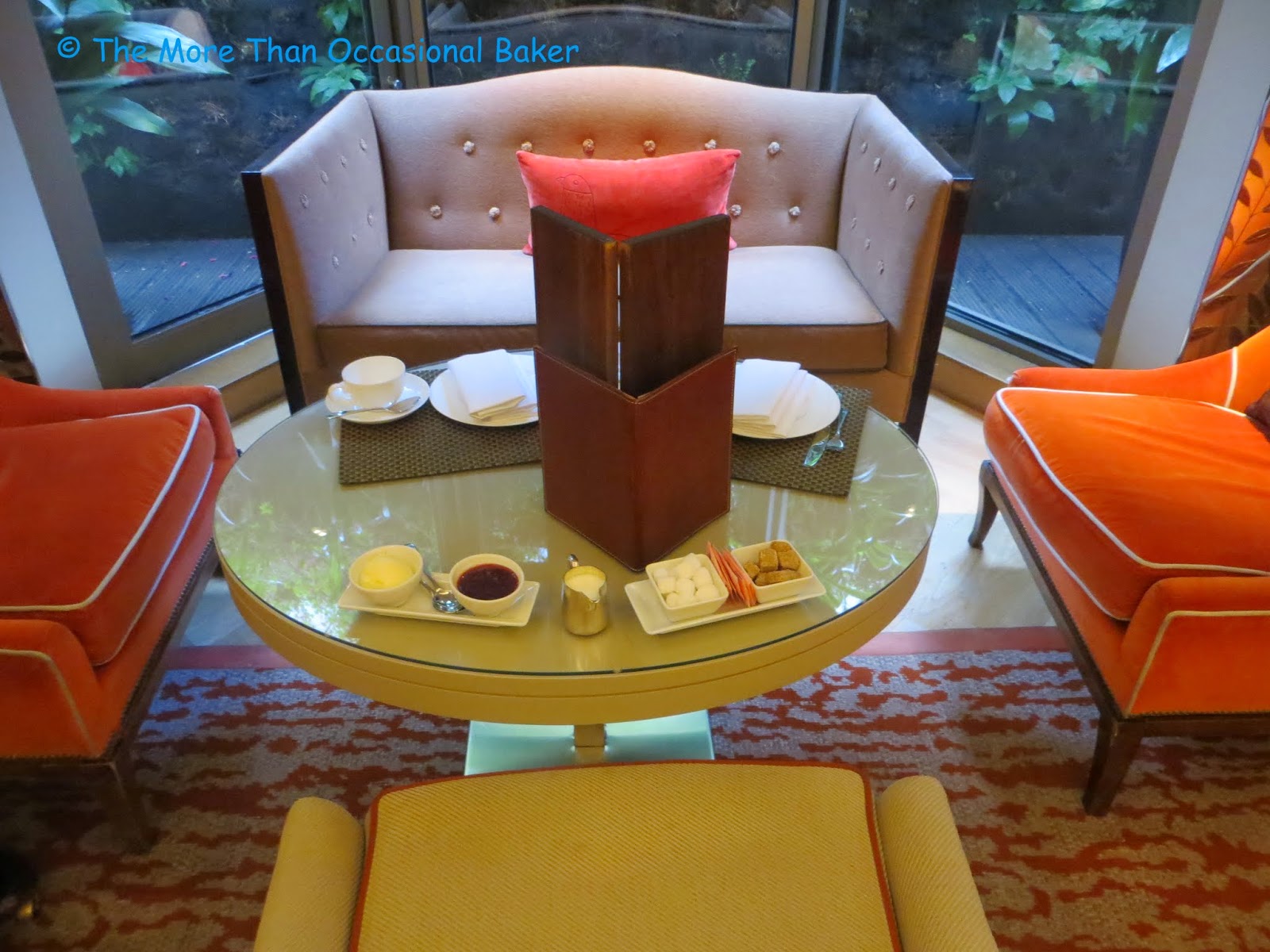 comfortable seats with lots of space 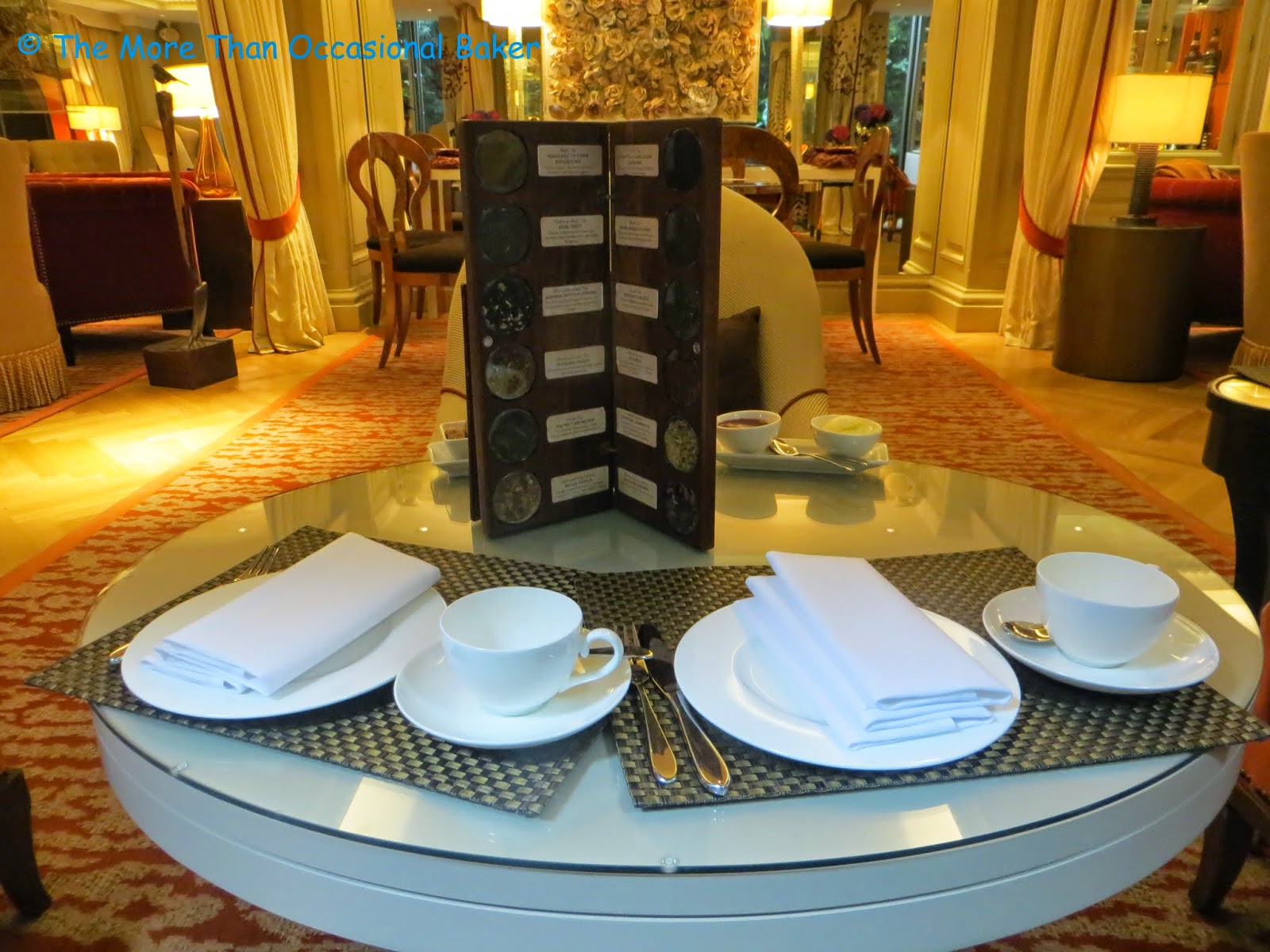 The table was initially set up for their traditional afternoon tea - you can see the jam and cream in the background. 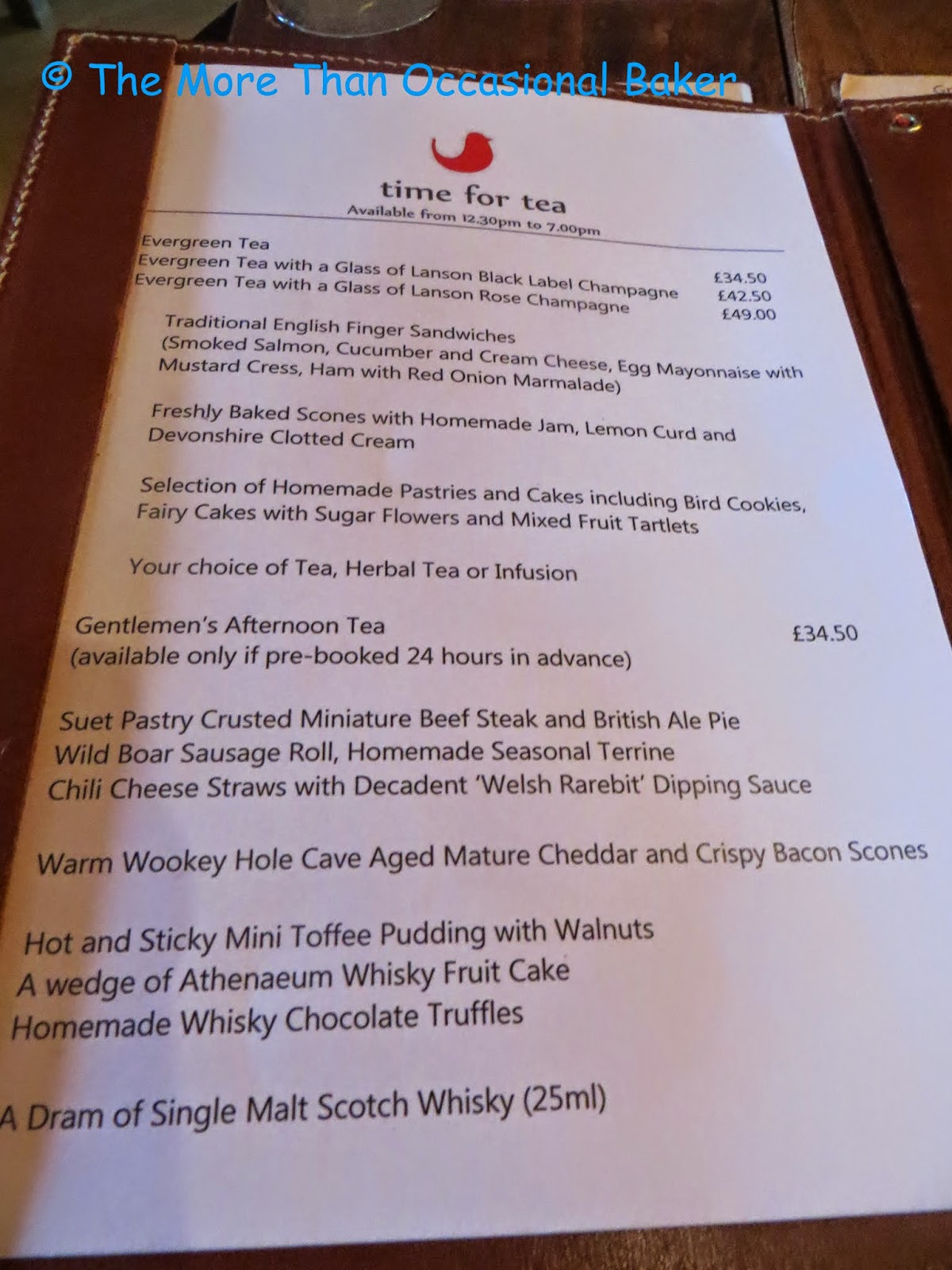 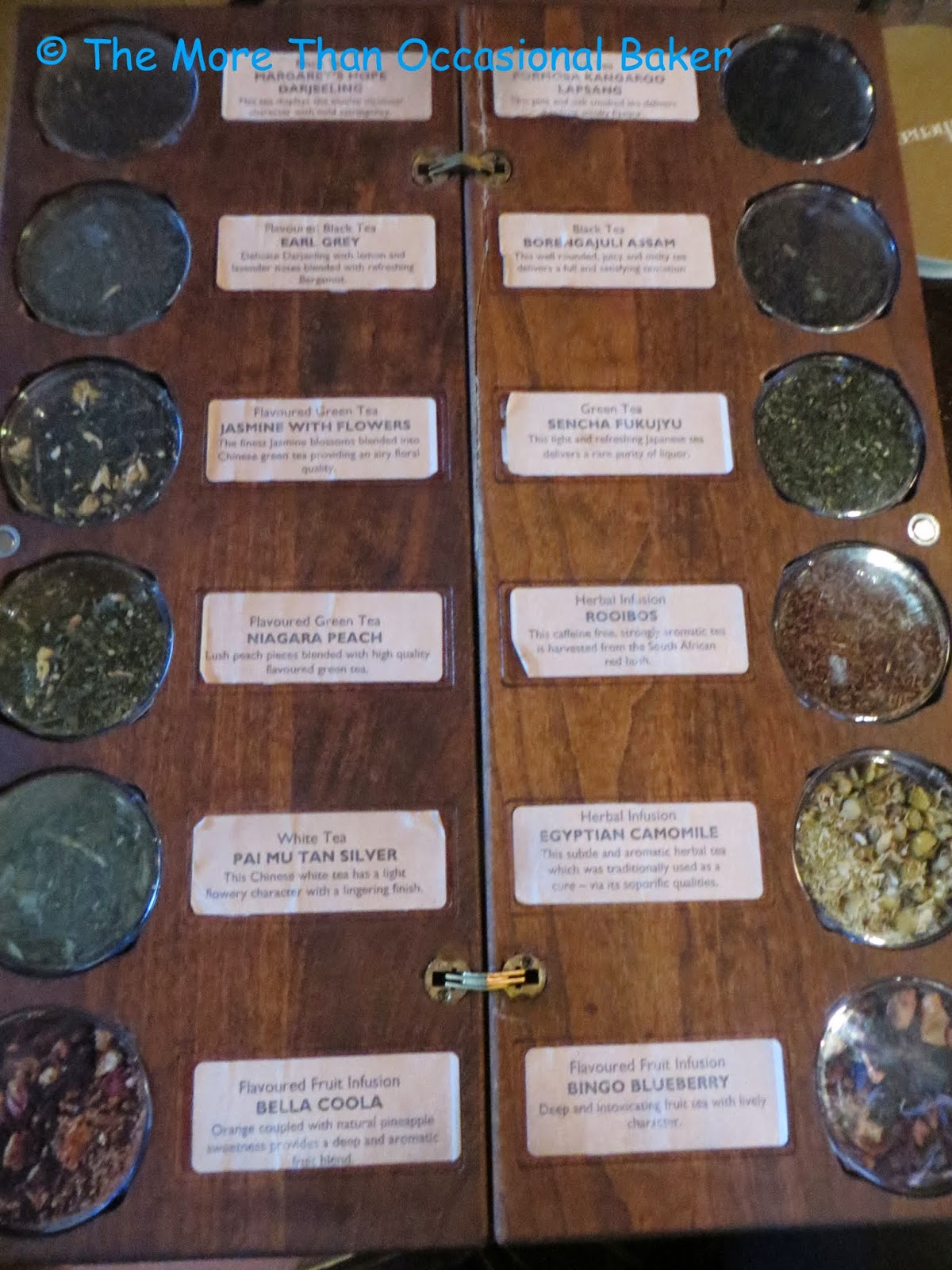 The service was a little slow once we were seated  at our table. The table was set up for a traditional cream tea and the waitress initially brought over sandwiches, scones and little cakes. We explained that we were there for the Gentleman's Afternoon Tea and she apologised and promptly whisked those delicious treats away much to my dismay! They set the table again and brought us our first course. We had a chat with the sommelier about the different types of whisky, how to nose the whisky and why this menu was created as the perfect food pairing for the whisky. 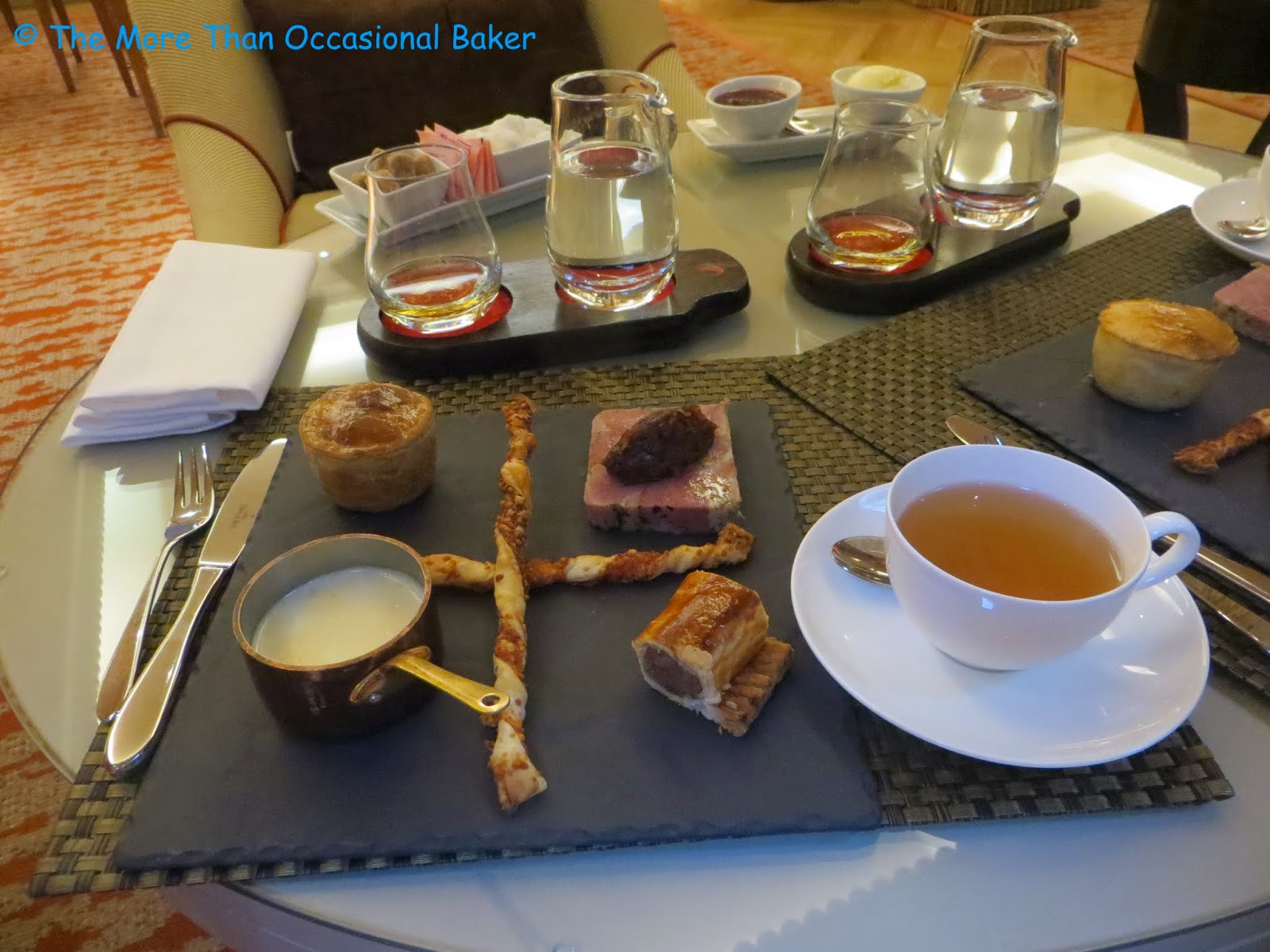 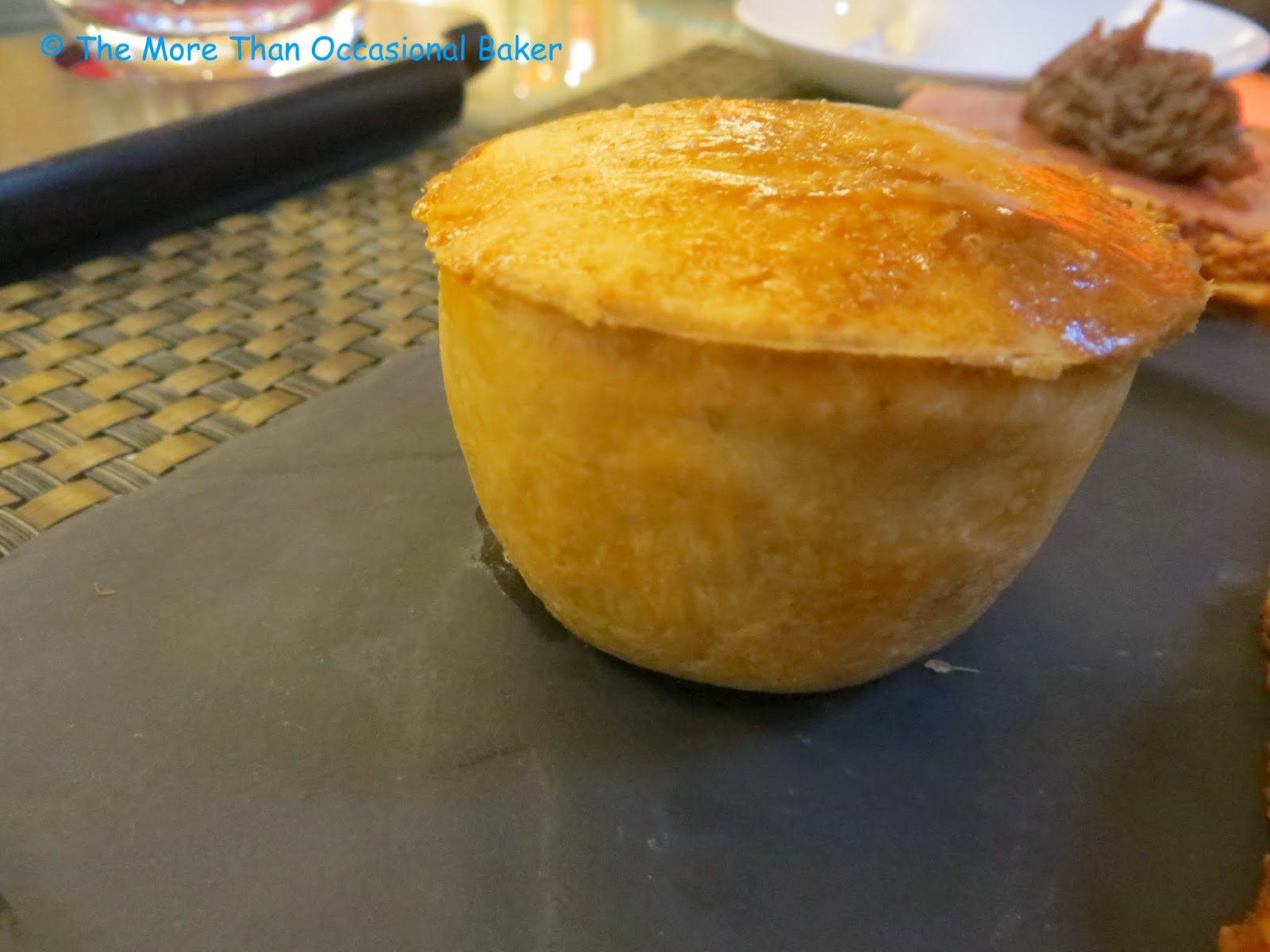 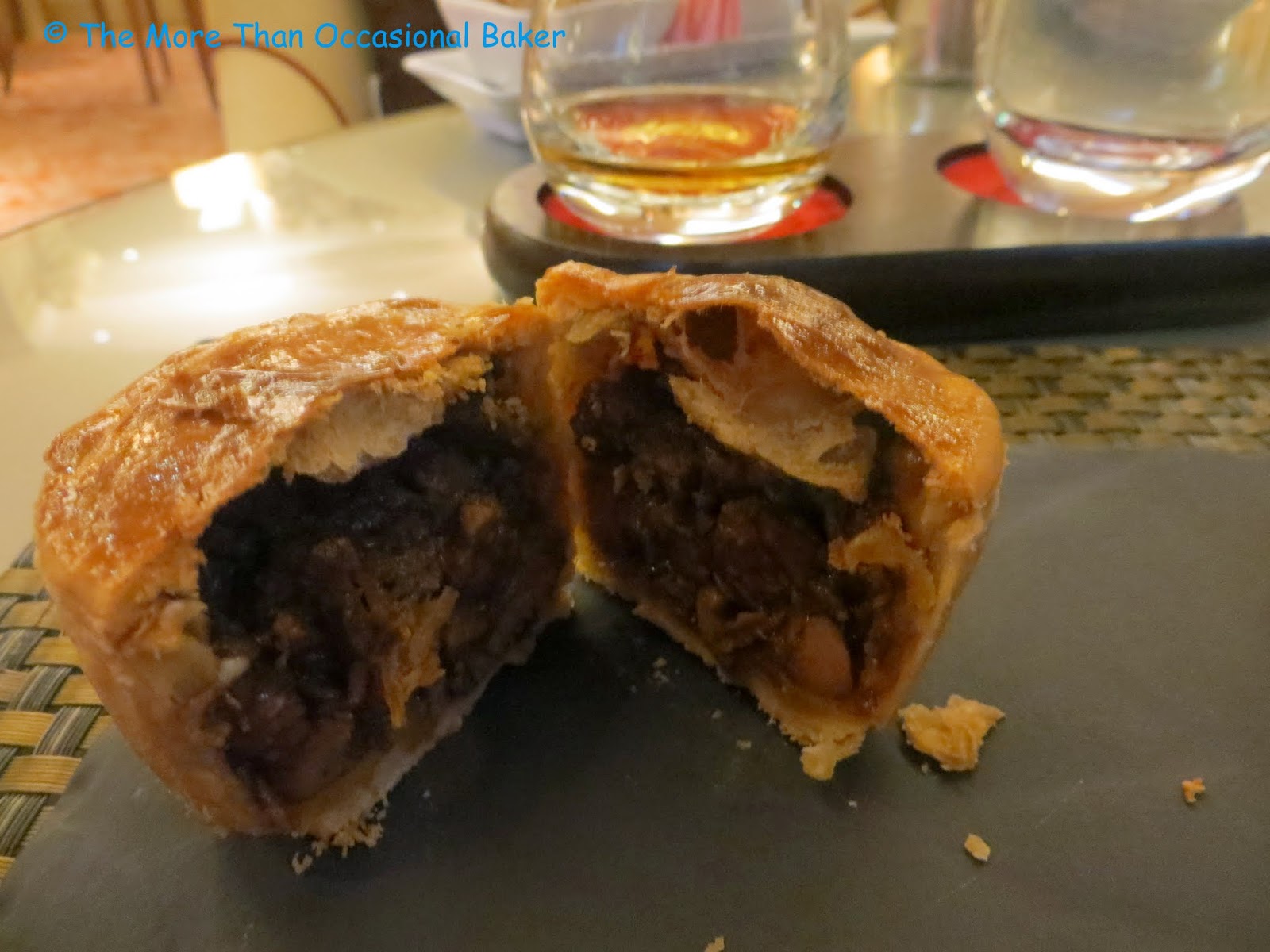 The steak & ale pie was our favourite of all the dishes. It had a lovely crisp pastry - no soggy bottoms here! It was rich and well cooked and the whisky made the pie taste richer. 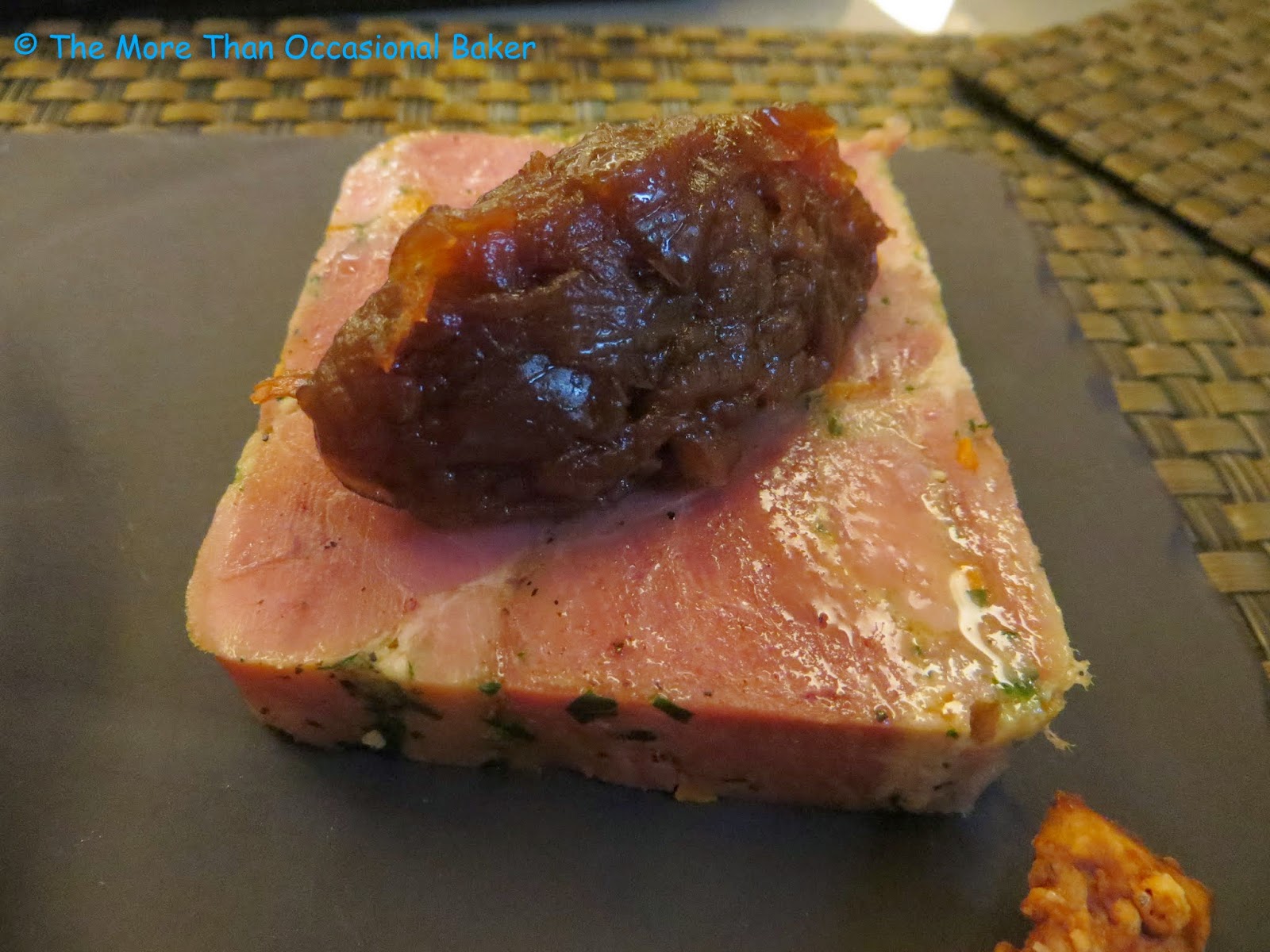 Second favourite was the homemade seasonal terrine with orange marmalade. It was very well made, well seasoned and the whisky made it taste sweeter. 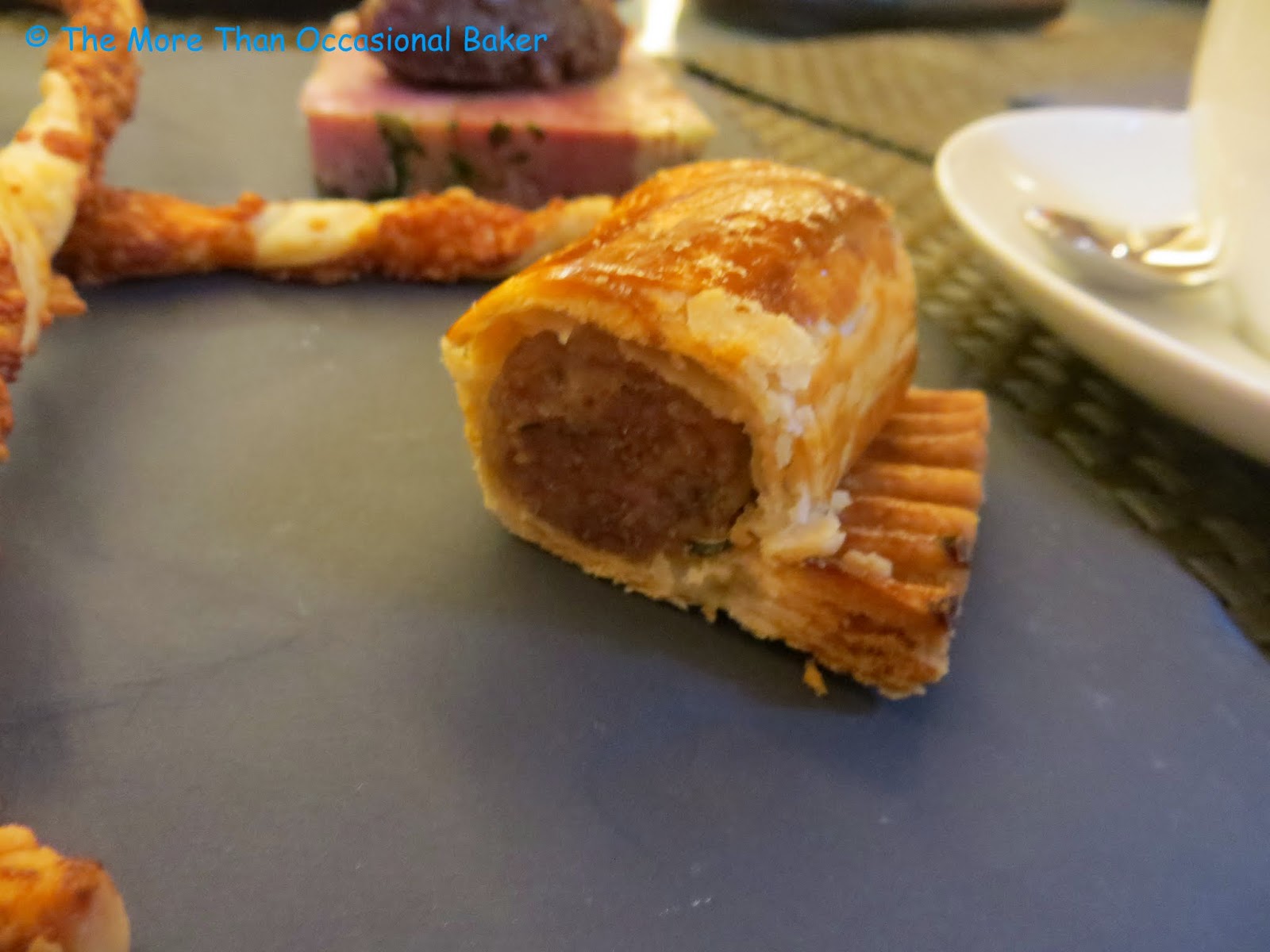 This was my least favourite - it was a good sausage roll and I was not convinced that the whisky enhanced the flavour of the sausage roll. 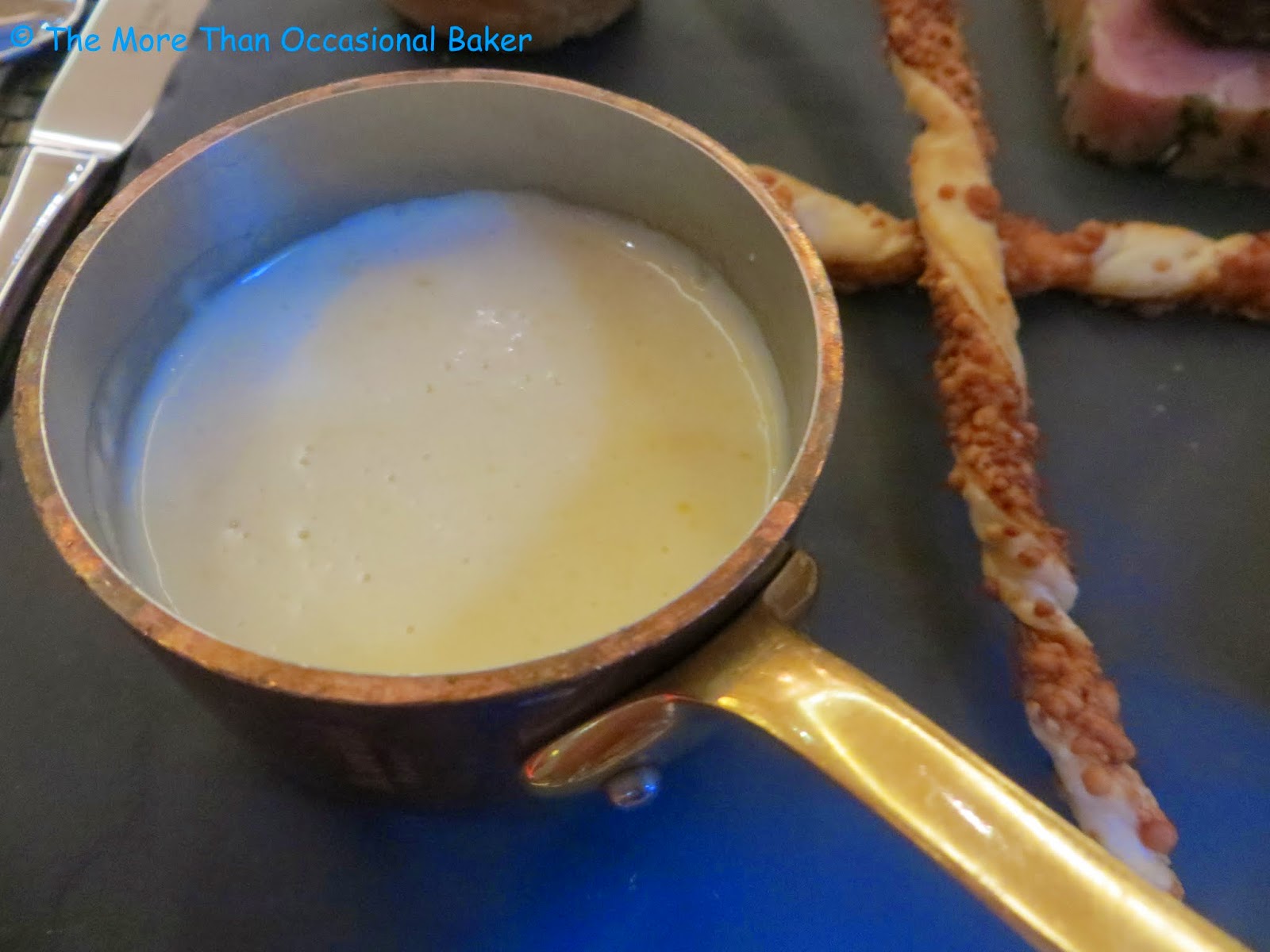 The cheese straws were crispy but the star was the Welsh Rarebit sauce. We had to steal a teaspoon to finish it off as it was so good! It's usually served on toast so it was quite playful serving it as a dipping sauce. 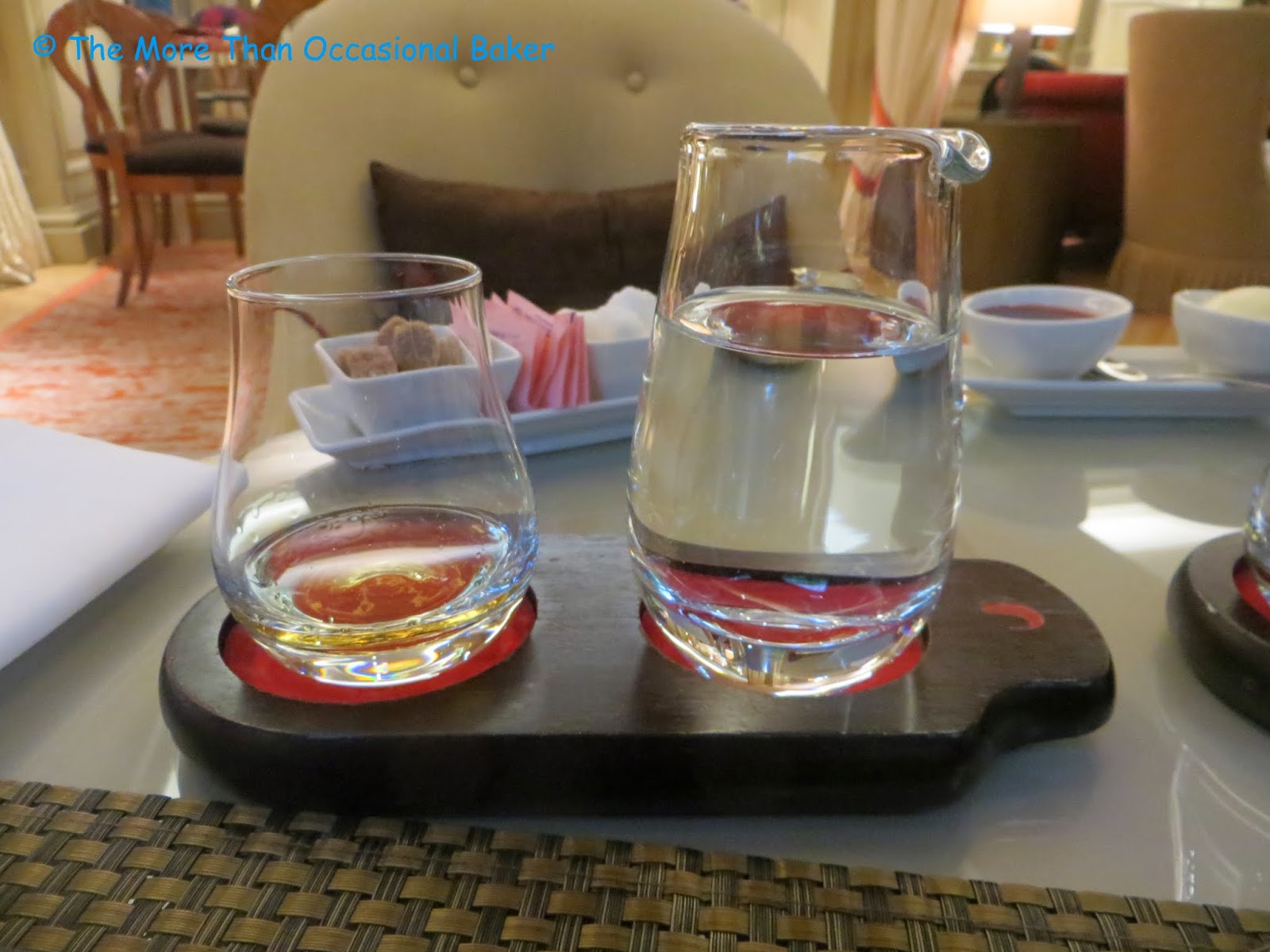 The whisky we tasted is the Aberfeldy 12. It's a single malt whisky from the Eastern Highlands of Scotland. I thought it had a vanilla honey smell and it definitely had a sweetness to the flavour along with a hint of spice. 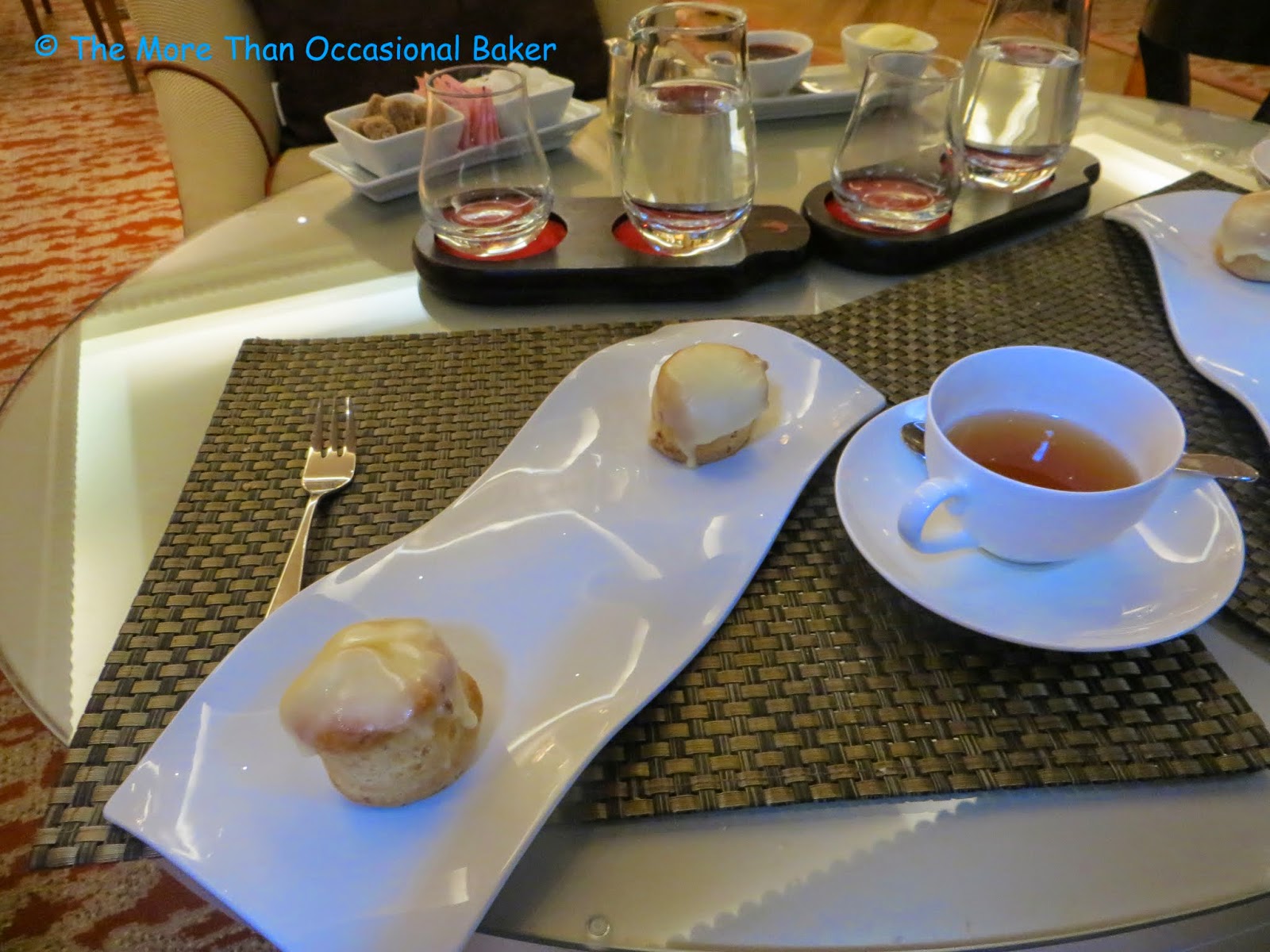 Second course - Wookey Hole Cave Aged Mature Cheddar and Crispy Bacon Scones. Unfortunately the scone course was a bit of a let down. It looked a little plain served on a large plate and it was a little on the dry side. Mine was stone cold in the middle so I sent it back and we had to wait for the chef to make a fresh batch. The second round was much better as it was warm and tasted fresh but I still felt it lacked in flavour and texture. I think it would have been good if they could have served it with something like bacon jam and cream cheese - a play on the traditional cream and jam. 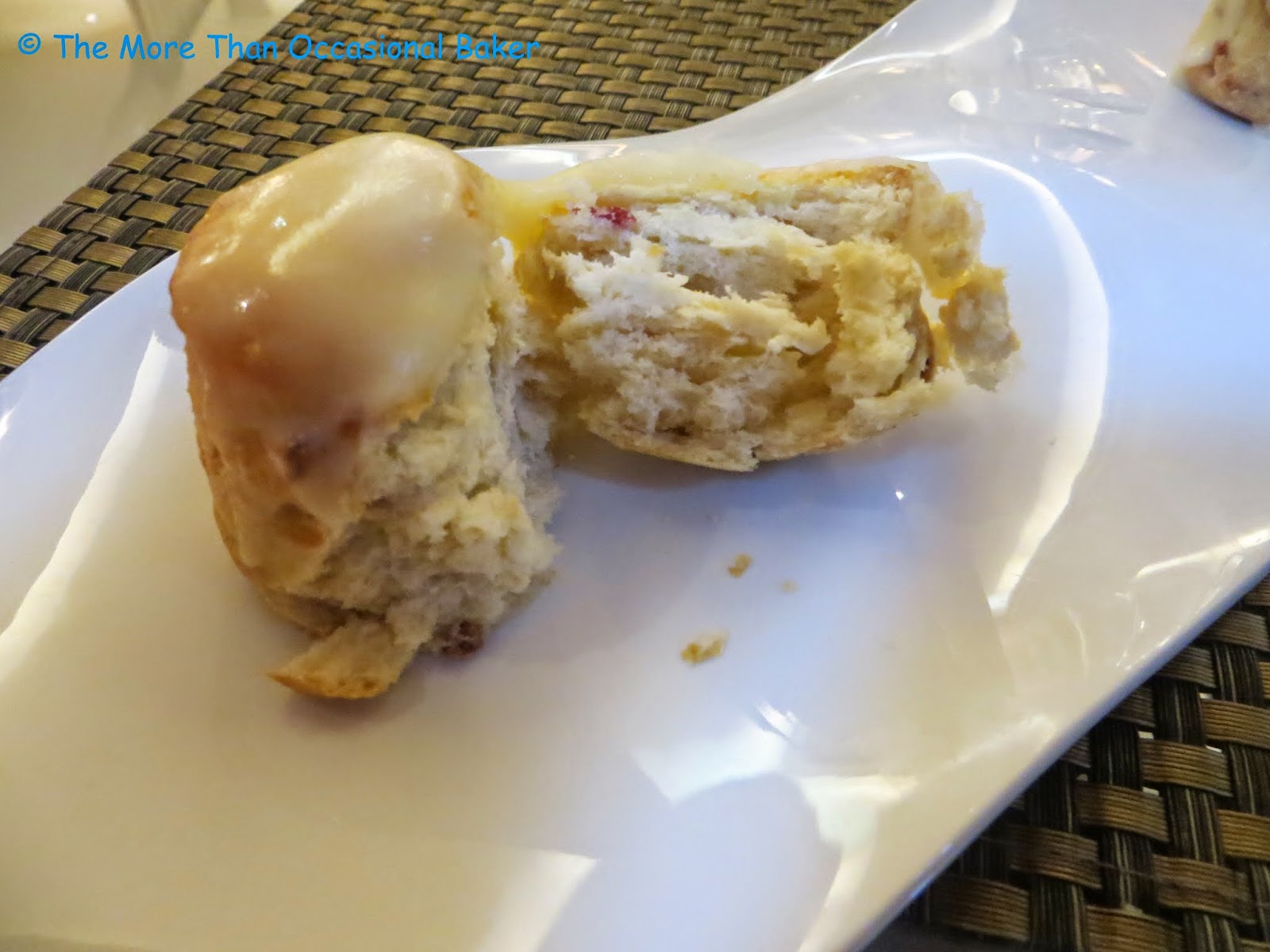 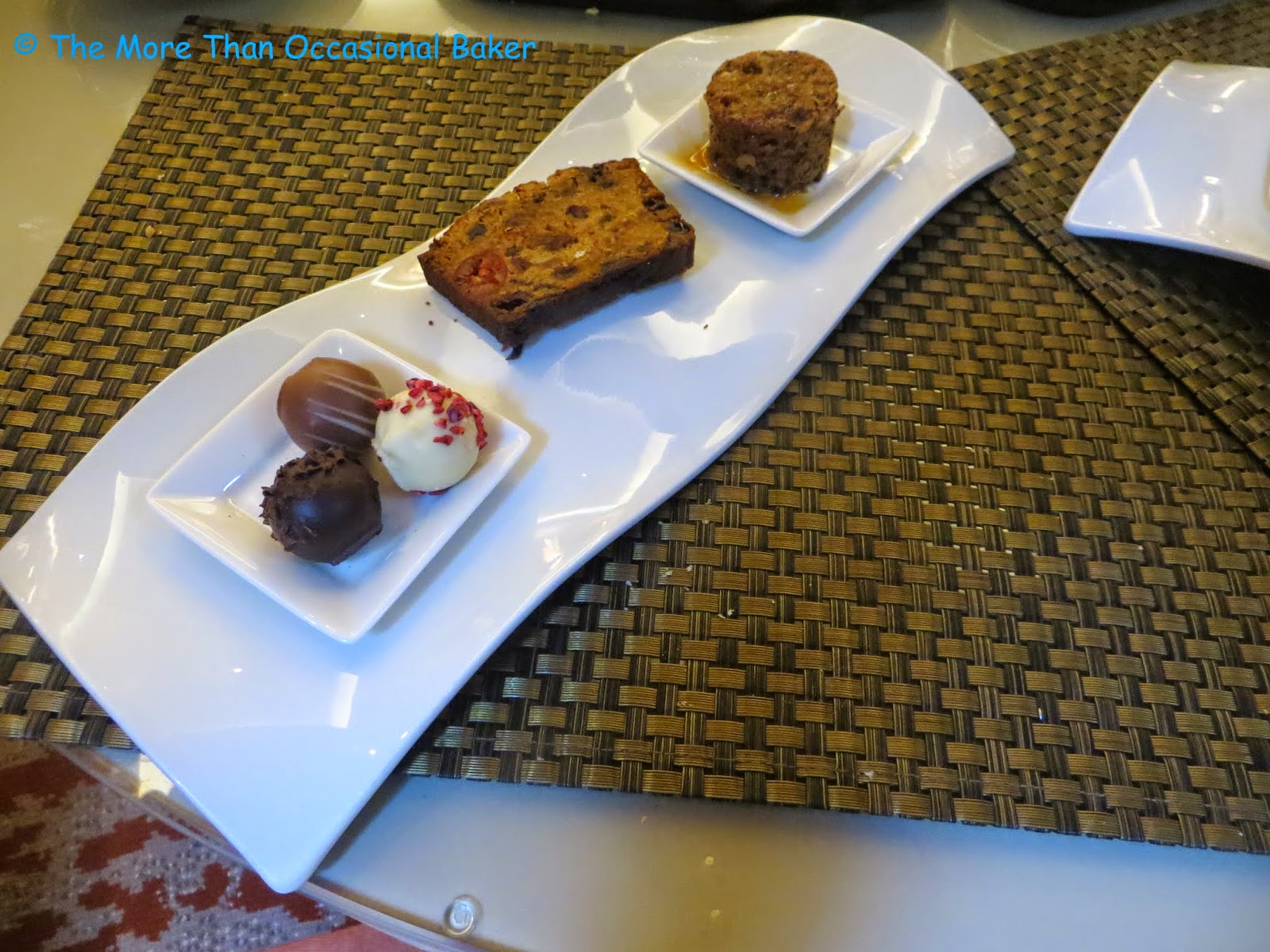 Third course - Hot and Sticky Mini Toffee Pudding with Walnuts, Whisky Fruit Cake and Homemade Whisky Chocolate Truffles. It's a good selection to complement the menu and certainly seems more masculine. I am partial to fancy cakes and cream so these did not immediately appeal to me. The sticky toffee pudding needed more sauce and stickiness but it was quite nutty which was nice. The fruit cake was reasonable but you can't really taste the whisky in it. The chocolate truffles were the star - they were smooth and creamy and you got a definite hit of whisky with each bite. I really liked the dark and white one as the flavours were more intense. 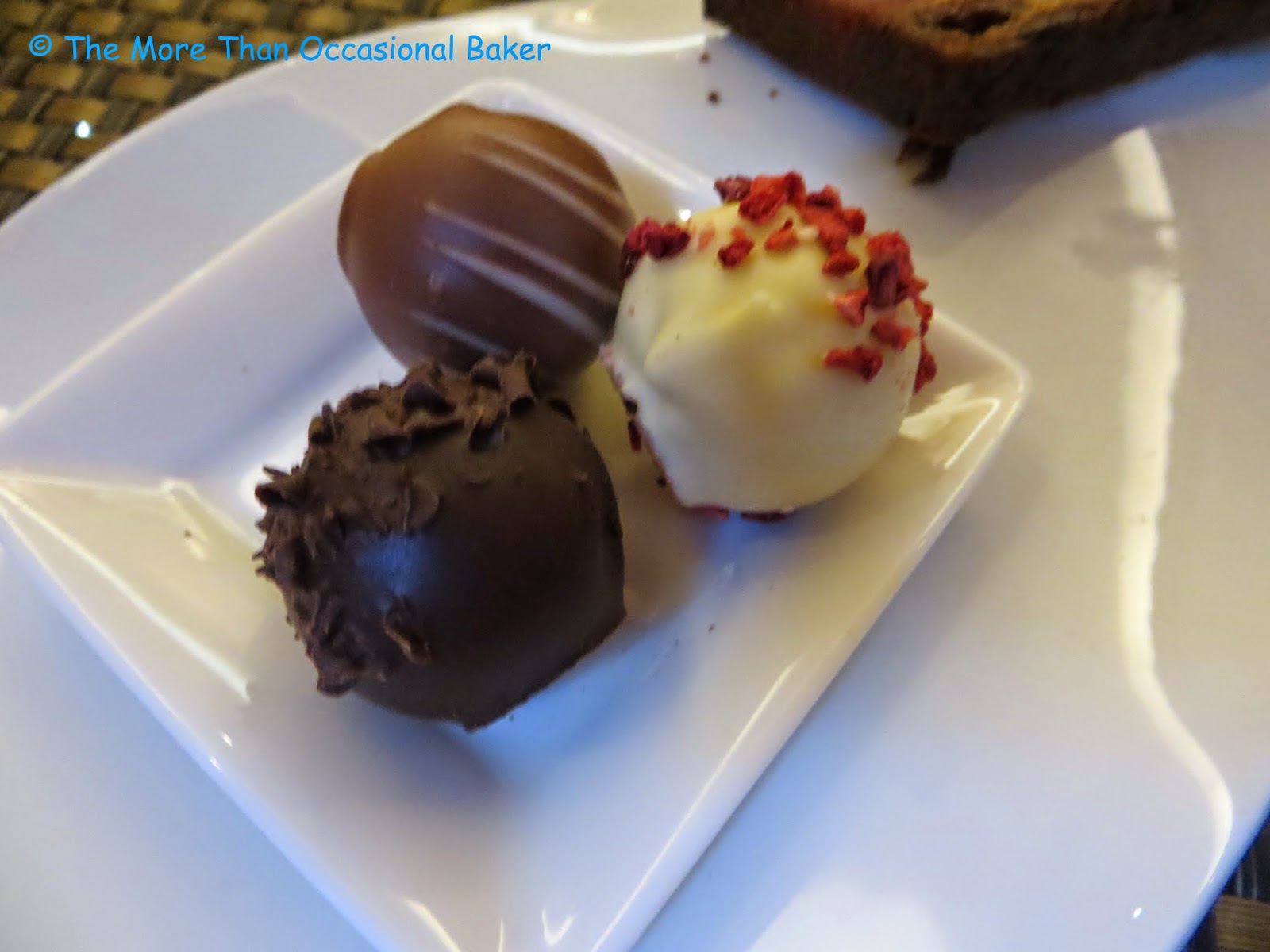 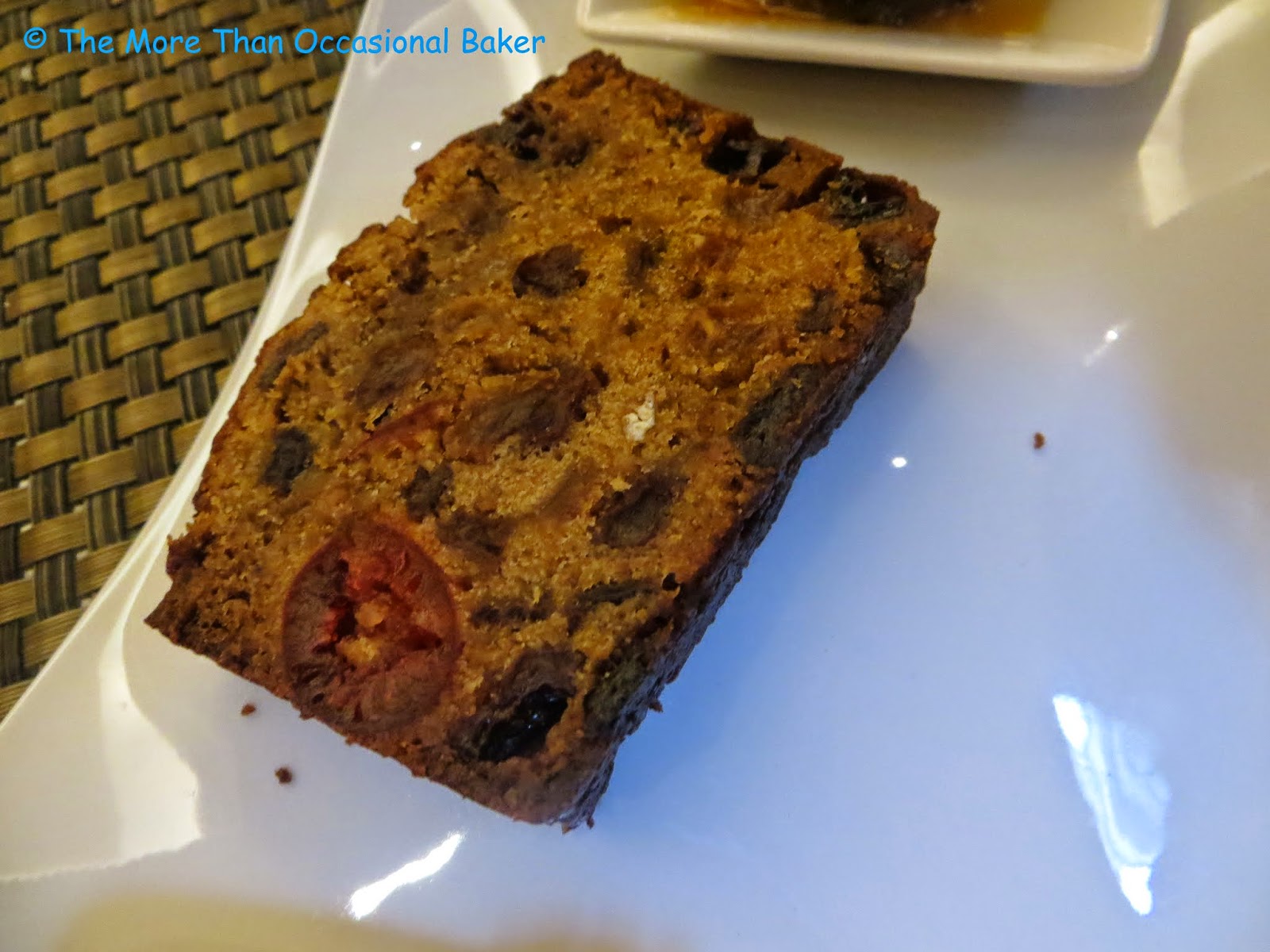 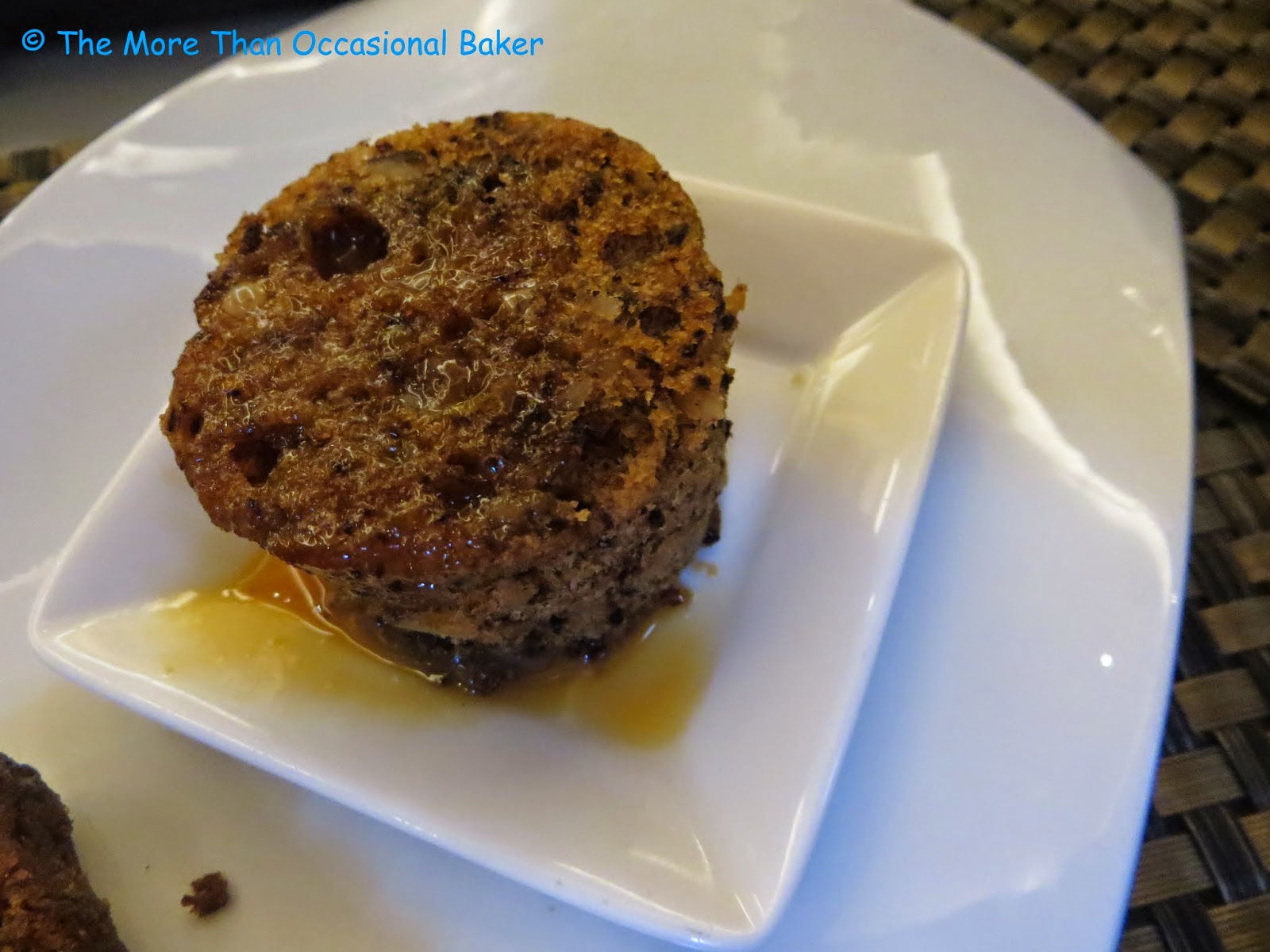 My verdict - We had a lovely afternoon especially as it was raining outside. It's a beautiful venue and I really liked the atmosphere. The service was good to start with but waned about half way through. We had to serve our own tea at one point and waited ages for a refill at another point. However, they were polite and courteous throughout. The menu started off really well and then tailed off but had a good finish with the excellent chocolate truffles. I would recommend it if you want to treat a male relative/friend. It's certainly different to a traditional afternoon tea and I can see this appealing to a lot of males and females! It's the same price as their traditional afternoon tea which I think is more value for your money especially since you get hot food instead of sandwiches. We were divided in our opinions at the end as if given a choice to repeat our experience, I would choose the traditional afternoon tea and J the Gentleman's afternoon tea. Perhaps it's a gender thing! It could also be my love of traditional scones and little cakes :)

Disclaimer: I was invited with a guest to the Gentleman's Afternoon Tea at The Athenaeum in exchange for a review on my blog. This is not a sponsored post. I was not required to write a positive review and all opinions expressed are my own.