Degustabox Review and a recipe 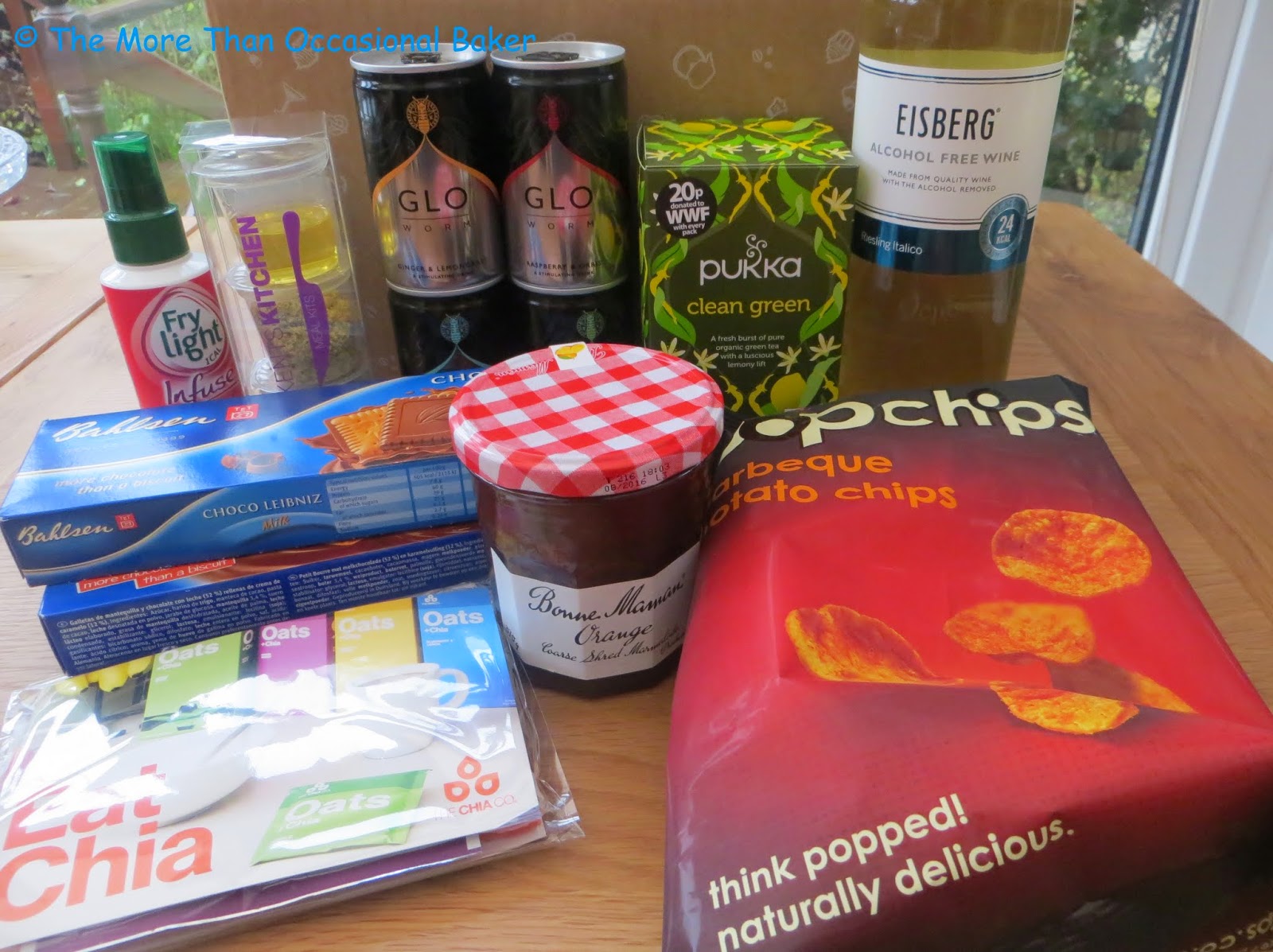 Christmas has come early this month in the form of my regular Degustabox. I look forward to receiving this surpirse food box every month and have set myself a challenge to bake something using at least one of the ingredients in the box. It is tricky sometimes as there's a mix of sweet and savoury food products, drinks, snacks and confectionery and of course the element of surprise where you just don't know what you are going to get!

It's a no obligation monthly subscription which costs £12.99 including delivery. You get 9 to 14 surprise products and it's usually a good mixed selection of goodies. I have a special discount code for all my readers if you are interested in signing up a box for yourself or for a family memeber/friend You get a £3.00 discount when registering by using this code LRIQI which makes it just under a tenner for a goodie box including delivery.

So what was in this month's Degustabox? 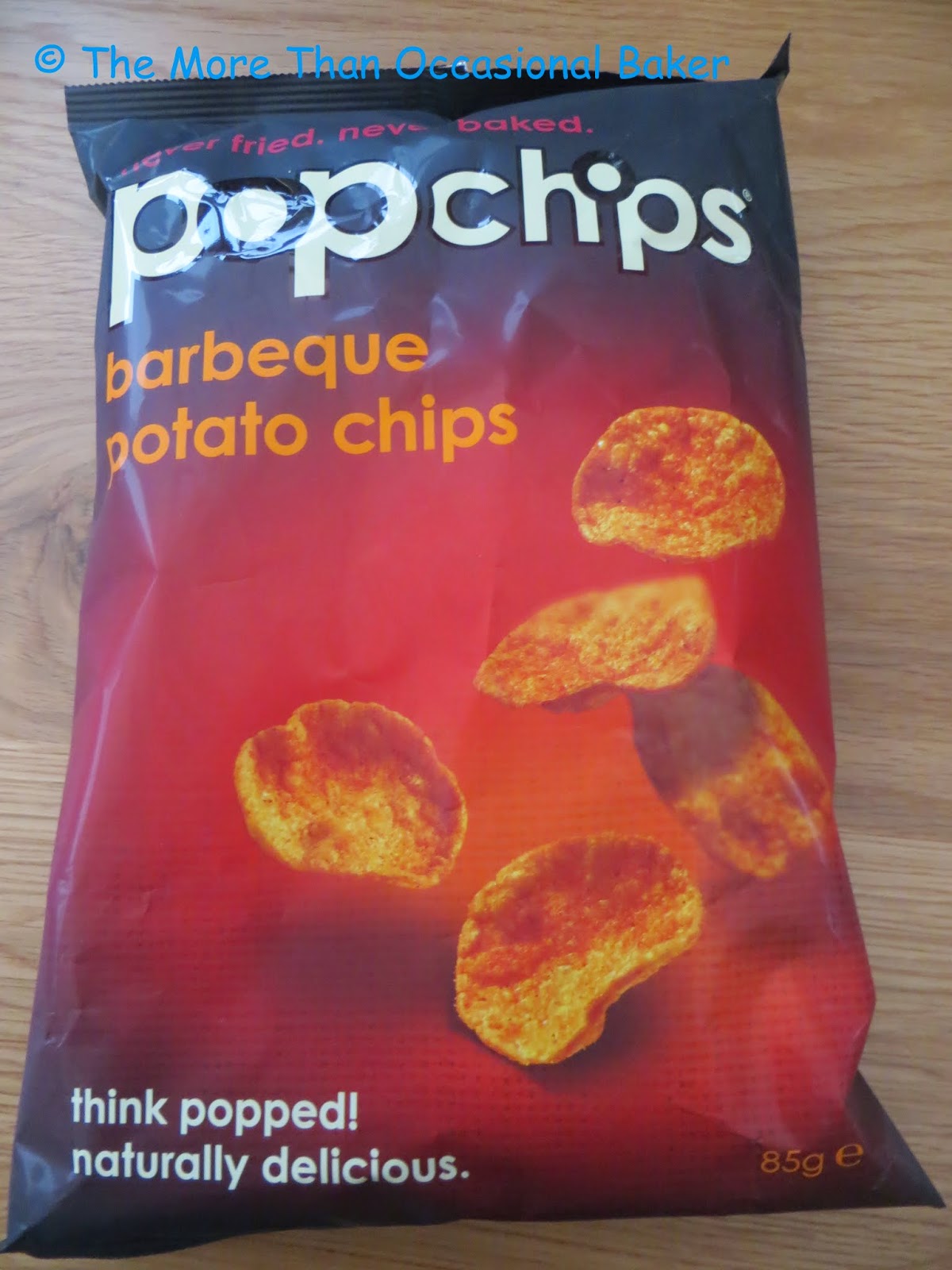 1 packet of Barbeque flavoured pop chips. I've tried these before and I love the flavour and texture of them. They are not fried or baked but "popped" with a little heat and pressure. 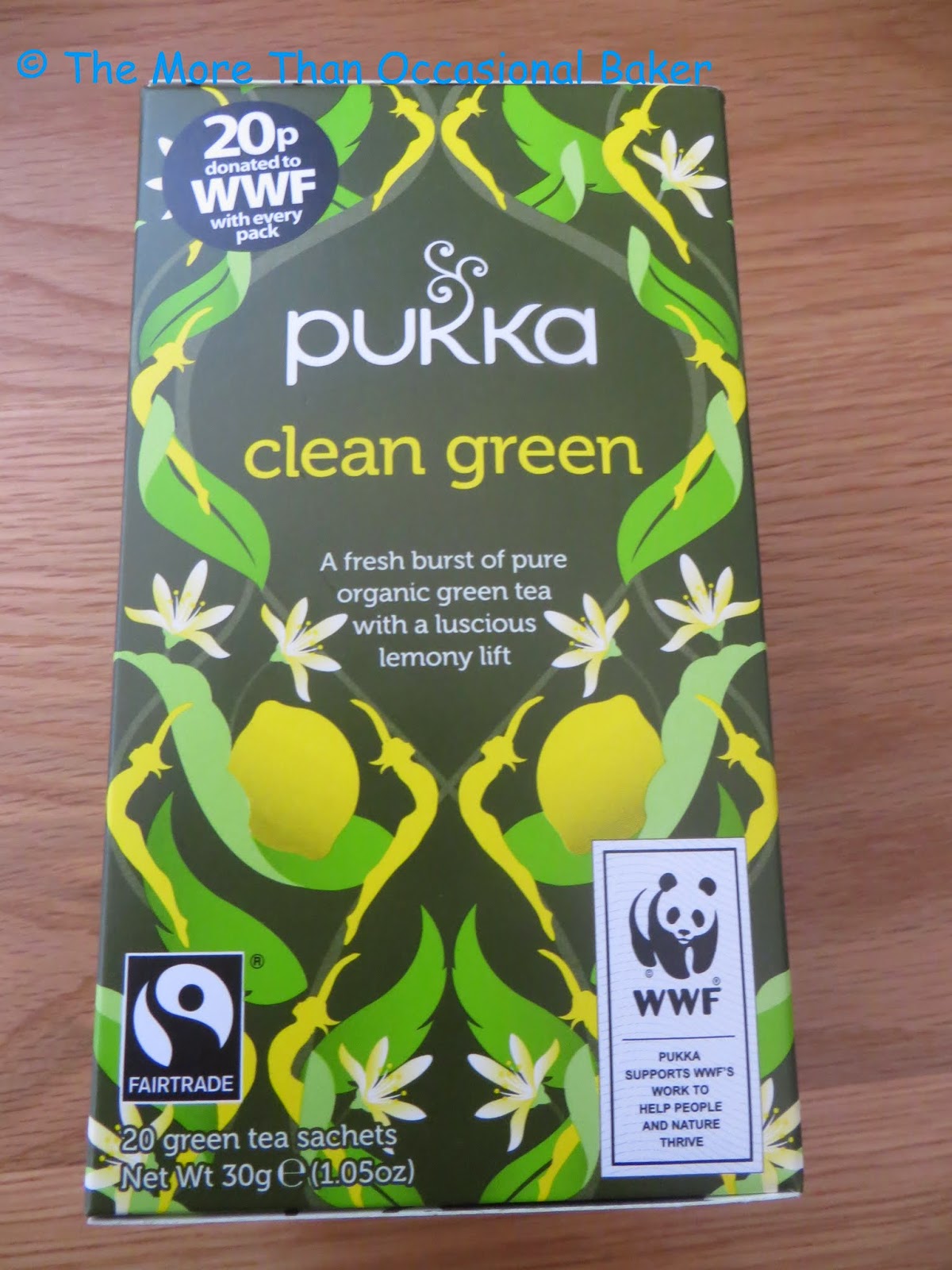 1 box of Pukka clean green tea which has a hint of lemon. I love Pukka teas and this is no exception. It has a clean taste and feels refreshing with the hint of lemon.

1 bottle of Eisberg Alcohol Free Wine - made in exactly the same way as regular wine with the alcohol removed. It also has less calories than regular wine. I'm saving this for Christmas day so I will update on the taste later. 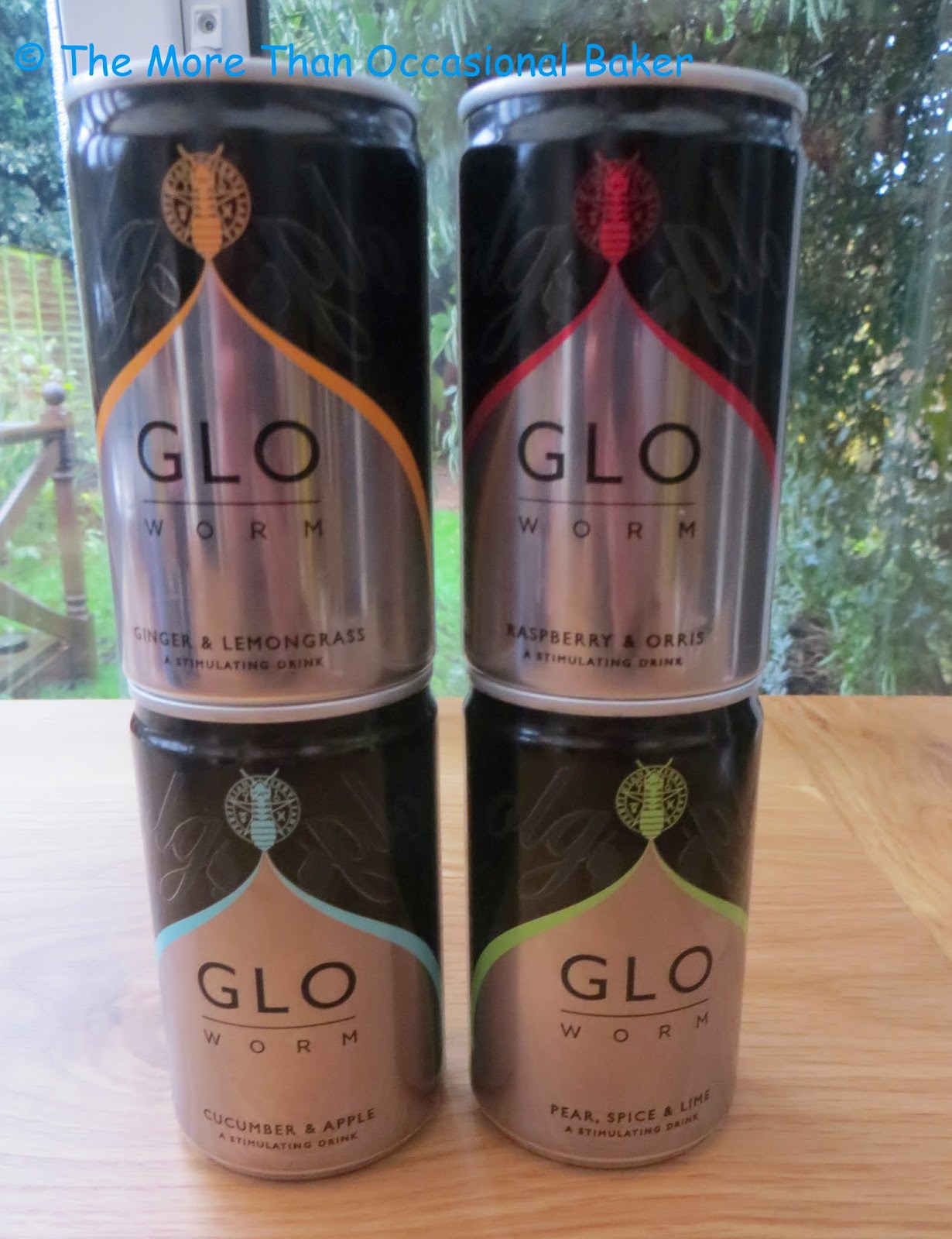 4 cans of Gloworm which is a premium mixer to compliment selected spirits. It's sugar free and taurine free and is available in 4 flavours - Raspberry & Orris for Vodka, Cucumber & Apple for Gin, Pear, Spice & Lime for Rum, Ginger & Lemongrass for Bourbon. A great idea for a cocktail party! 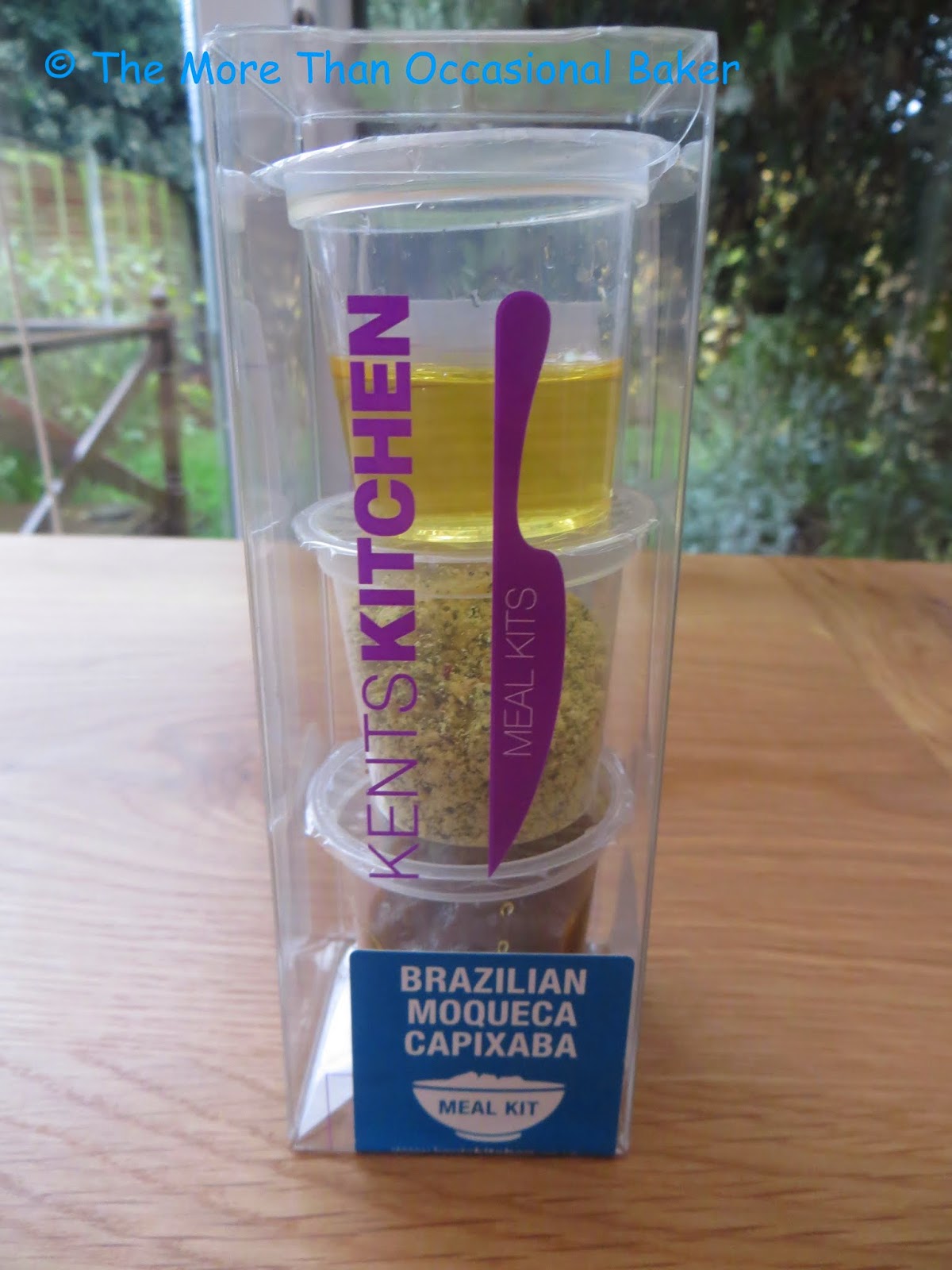 1 pack of Kent's Kitchen meal kit which provides 3 clever pots with natural ingredients which you can store in a cupboard. Just add a few fresh ingredients and you have a ready made authentic meal. 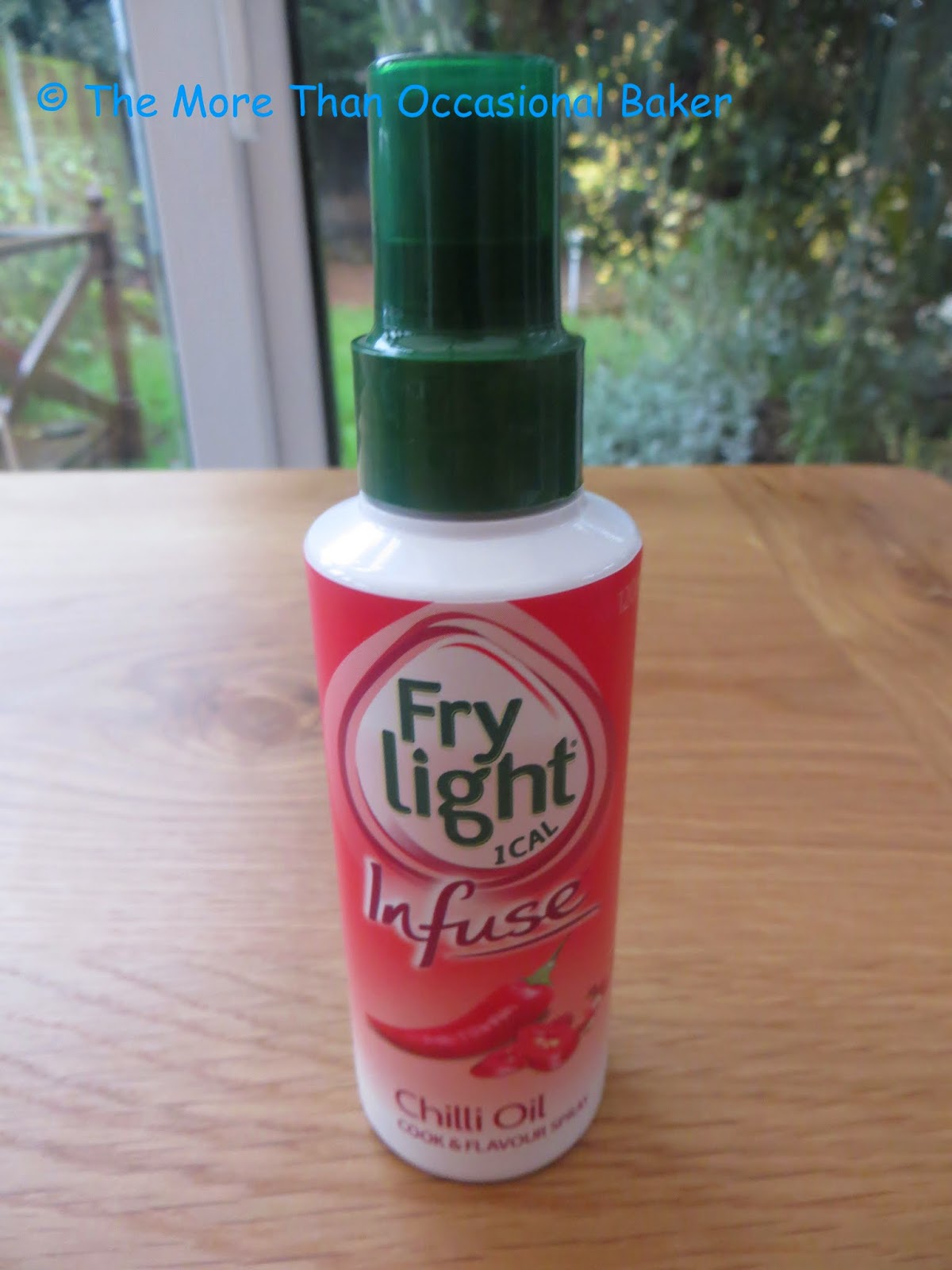 1 bottle of Frylight Infuse Chilli - made with natural chilli extract, this spray adds a bit of spice to your cooking! I love the spray formulation as it's no mess and no fuss. You can add more sprays whilst cooking to increase the flavour. 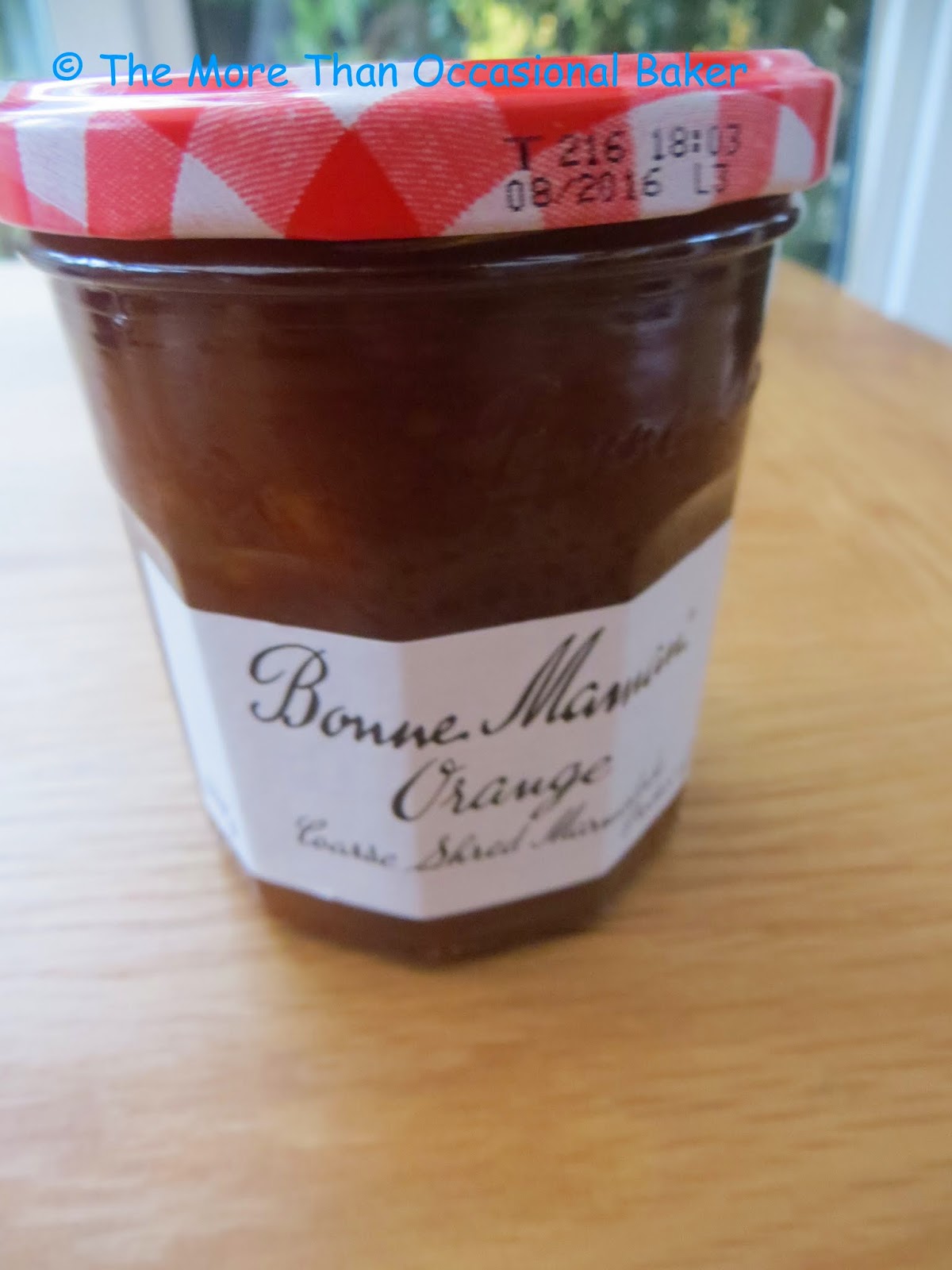 1 jar of Bonne Maman Coarse Orange Marmalade - I love Bonne Maman jams and I've used this marmalade a few times. It's really zesty and zingy and I like the thick shred orange peels. This is the ingredient I decided to bake with this month, see below for the recipe. 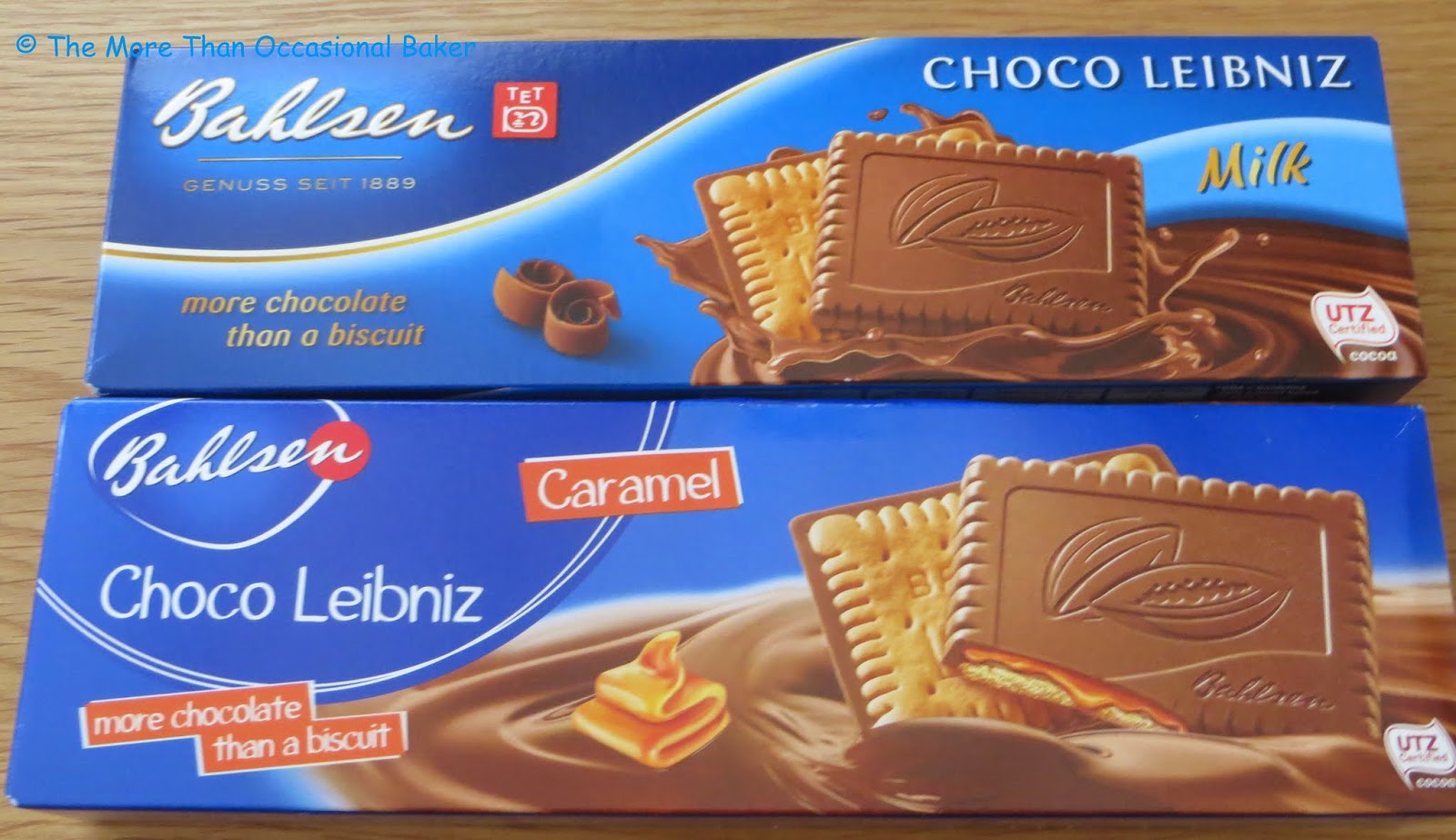 2 packs of Choco Leibniz from Bahlsen. Butter biscuit wrapped in chocolate The caramel flavour has a caramel centre which is really tasty. 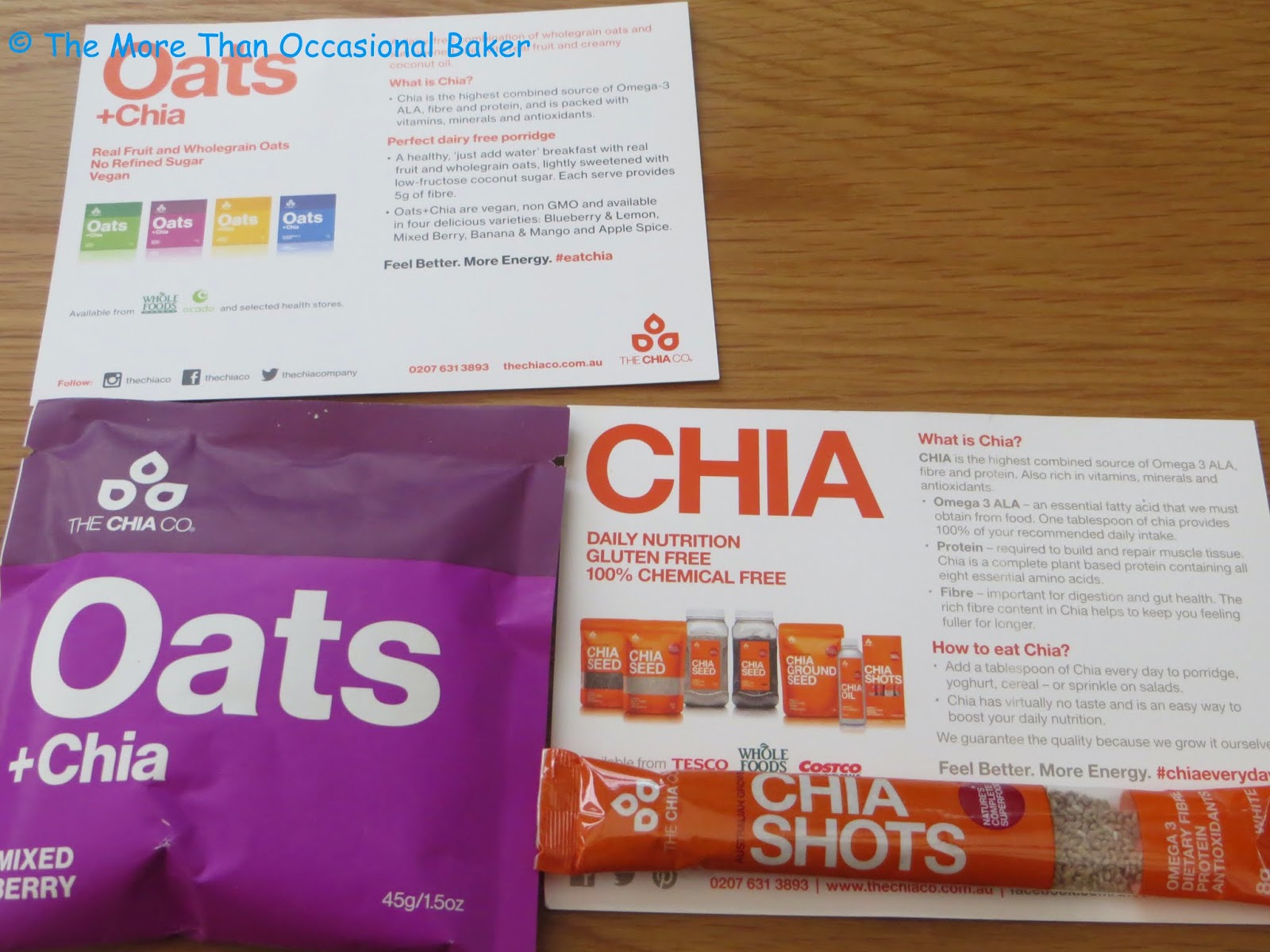 For my recipe this month I decided to use up some leftovers and the Bonne Maman Coarse Orange Marmalade. I had some leftover chocolate chip panettone from making my tiramisu trifle and I thought it would be a good base for bread and butter pudding. I've made this previously with stale croissants and marmalade and it worked beautifully as it did here. In fact I think these are better than the croissant puddings. The chocolate chip panettone works really well with the marmalade and being baked in custard is a bonus. I'm sure Paddington Bear would approve of this recipe! 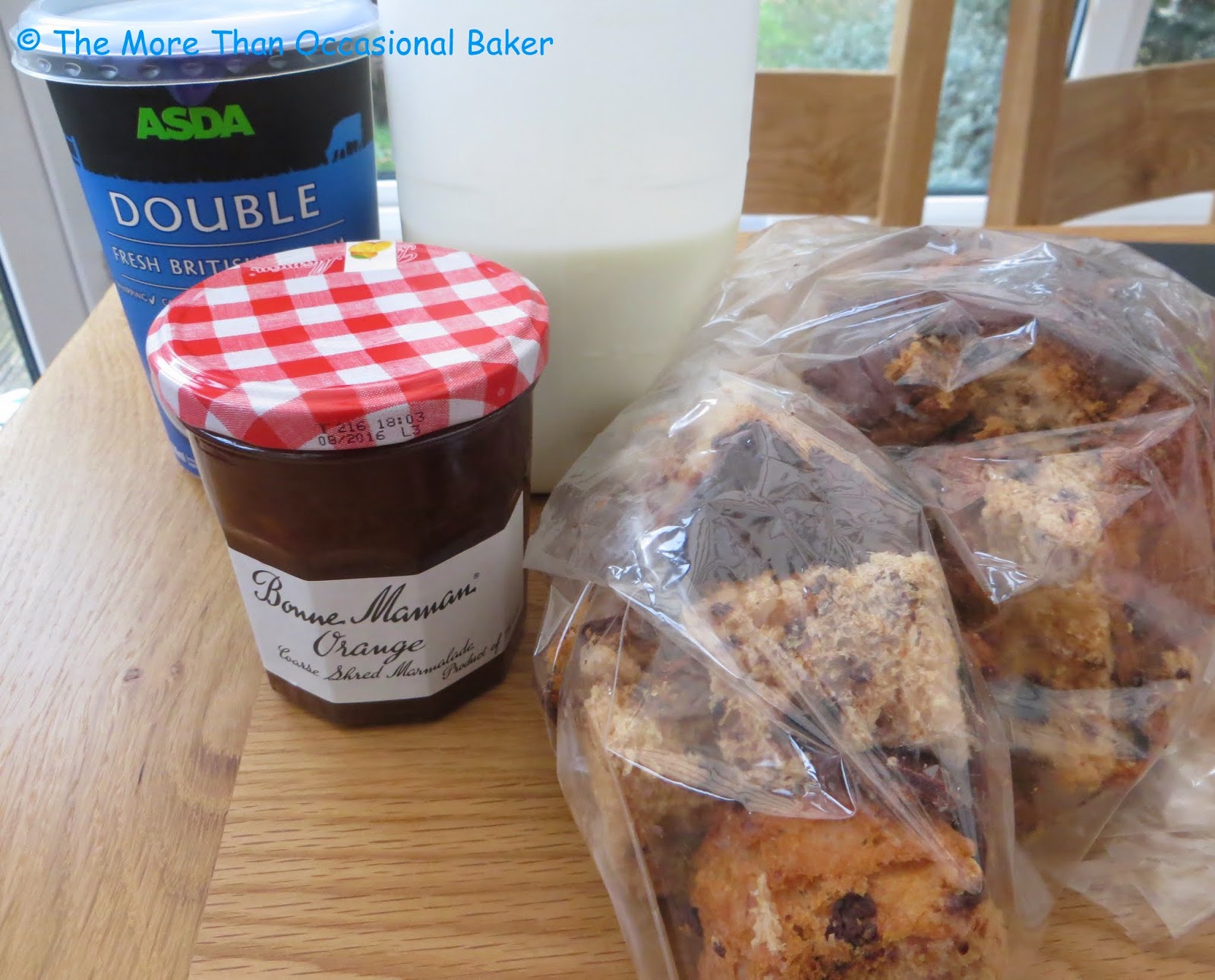 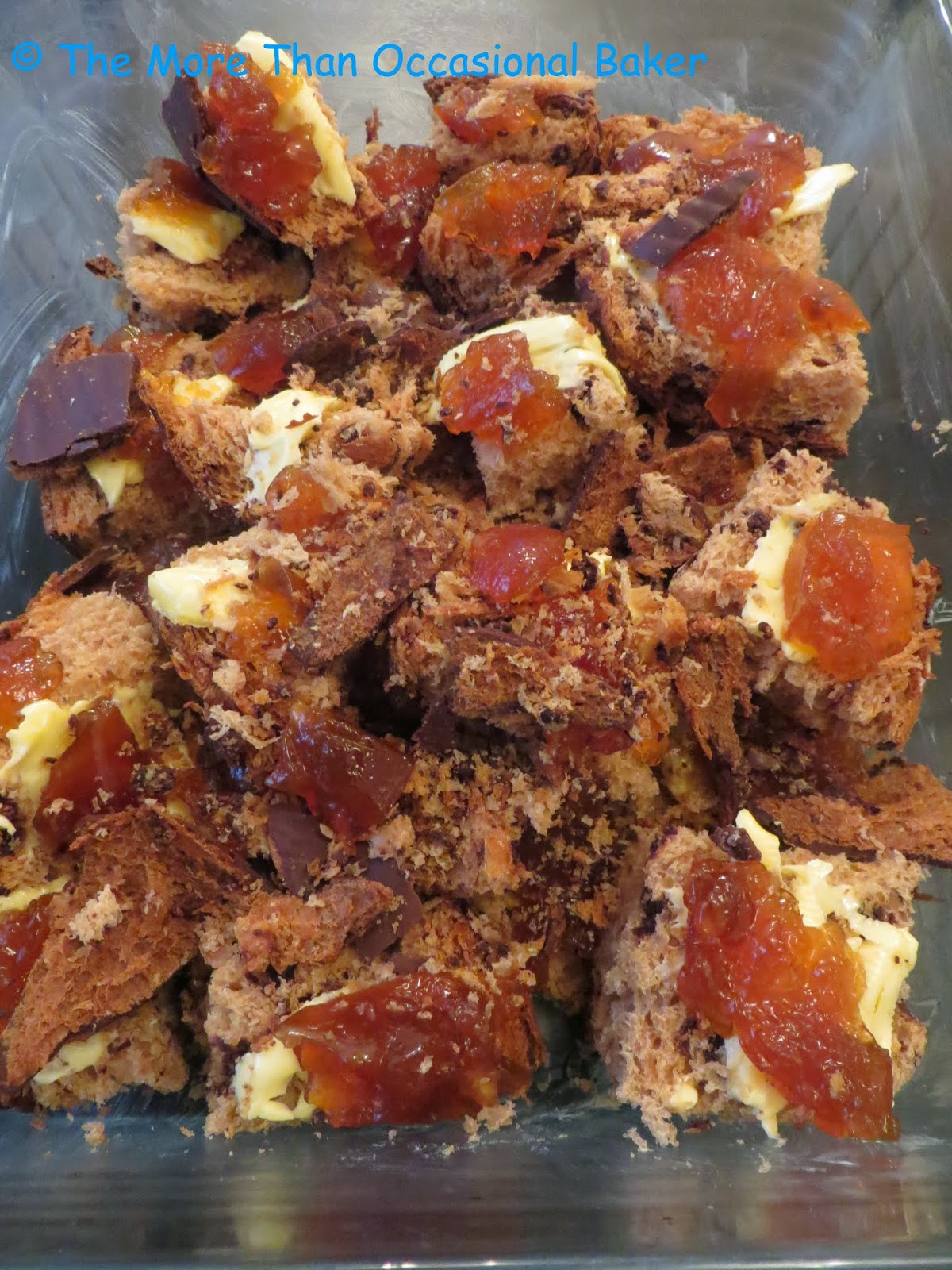 butter the slices of panettone and add a blob of marmalade on top. Pour over the custard mixture and bake. 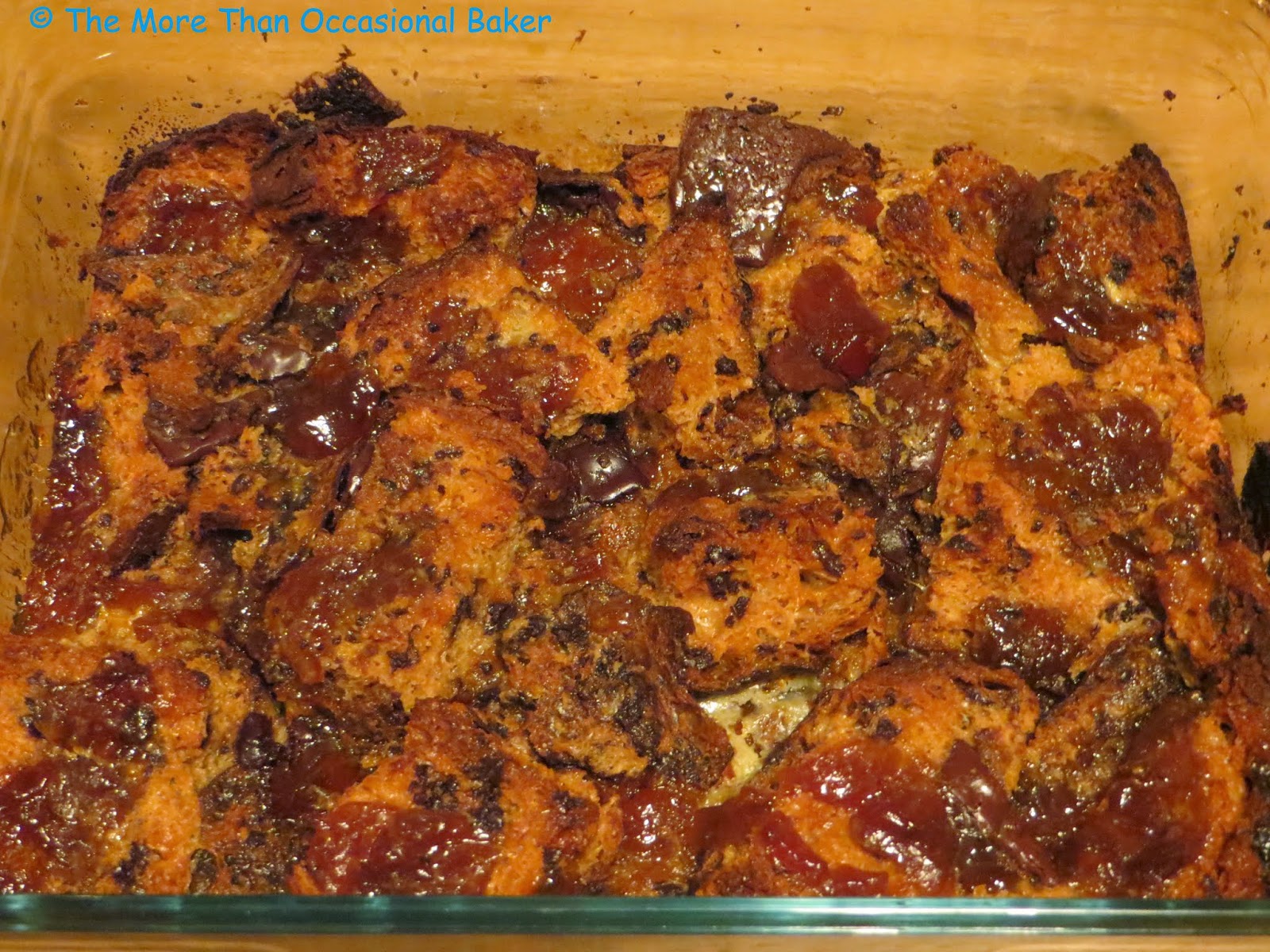 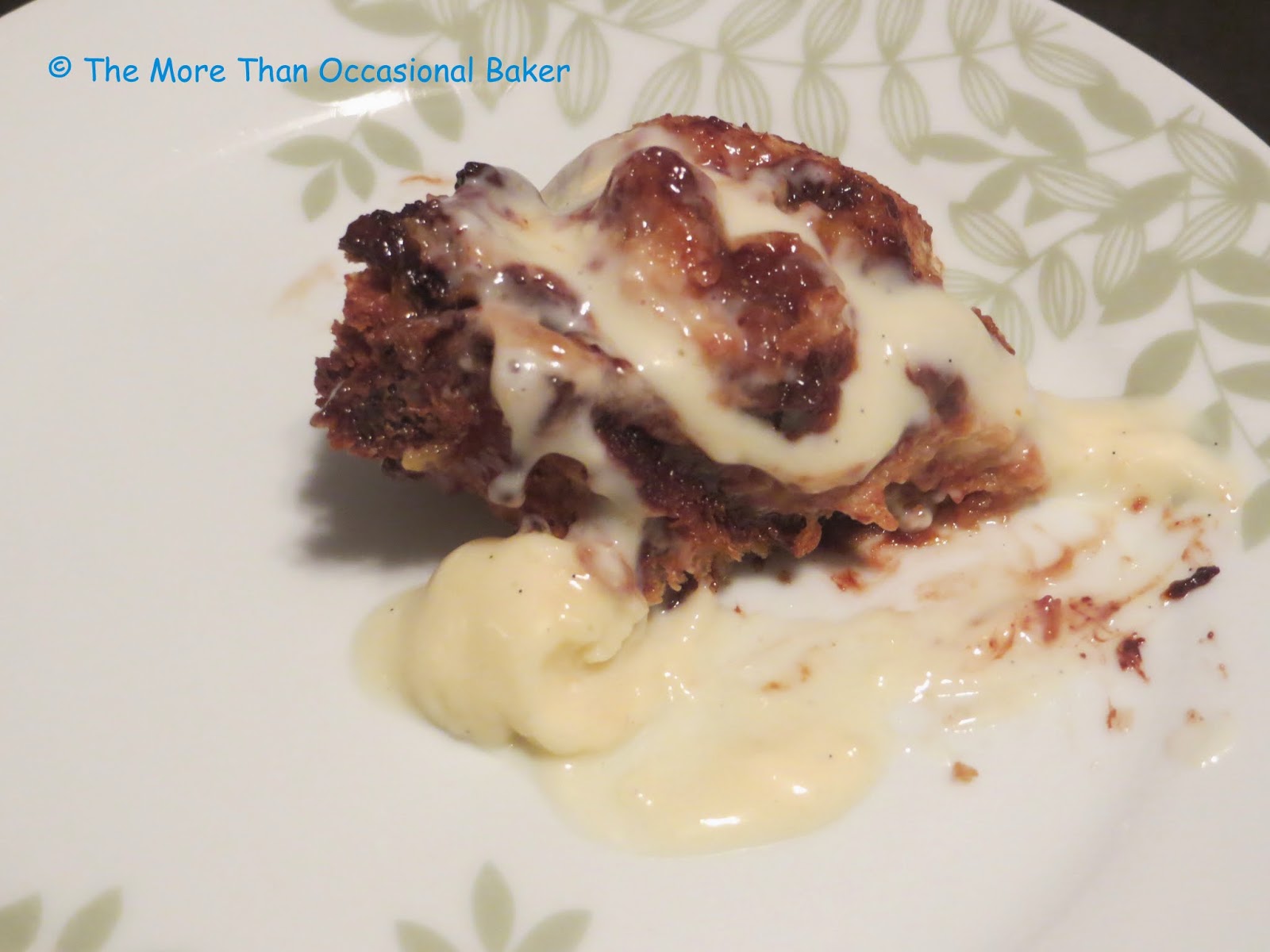 I served mine with custard but it would also work with cream or brandy butter if you're feeling particularly festive!

Disclaimer: I was sent a Degustabox for review purposes. I was not required to write a positive review or to create a recipe. All opinions expressed are my own. This is not a sponsored post.
Posted by Baking Addict at 08:16