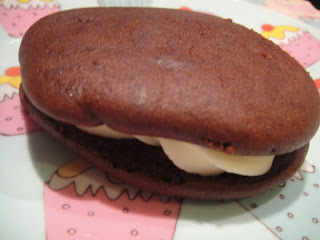 I was really excited to try out recipes from my whoopie pie book that I won at cupcake camp London. I've never made them before and was curious to see how they would turn out. I made these for Gerard's leaving do alongside the giant chocolate and caramel cupcake. They are quite soft and cakey and were quite 'more-ish' to eat. I think everyone enjoyed them as they were all gone by the end of the party! They are quick and easy to make and I'm sure I'll be making more of these in the future! What is a whoopie pie I hear some of you ask? Well here's a brief history lesson....

Whoopie pies are considered a New England phenomenon and a Pennsylvania Amish tradition. Whoopie Pies have also been known as a "gobs." in Western Pennsylvania.  A whoopie pie is like a sandwich, but made with two soft cookies with a fluffy white filling. They have been described as a cross between a cake and a cookie.  Traditional whoopies pies are made with vegetable shortening, not butter. The original and most commonly made whoopie pie is chocolate with a marshmallow filling. They are hailed as the new cupcakes. Have you tried them before? What do you think? 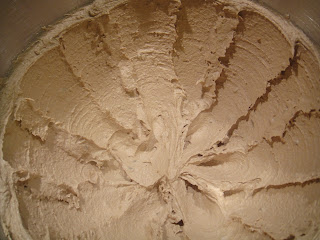 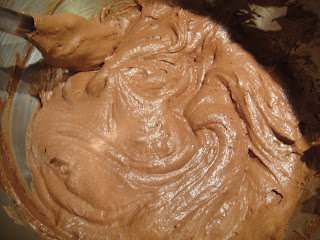 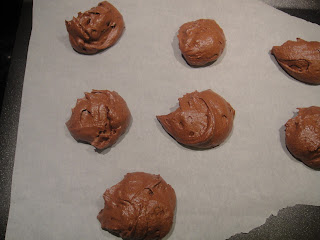 I used more than 1 tablespoon resulting in giant sized whoopie pies! I am using my ice cream scoop next time. 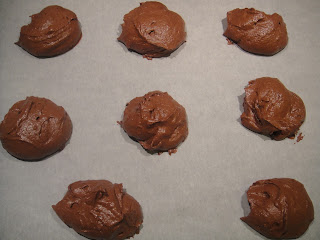 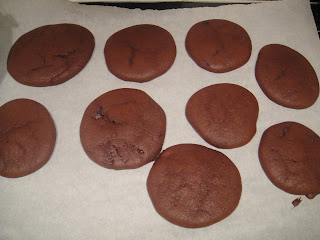 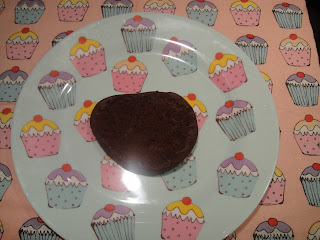 place whoopie pie flat side up 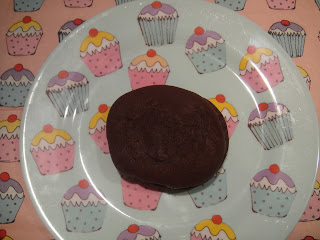 assembled whoopie pie from the top