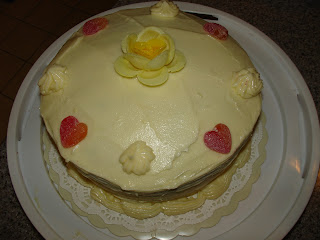 This is yet another birthday cake for my mum.  She had a birthday lunch with her friends so I agreed to make the cake for them. She had a store bought red velvet cake for one of her birthday dinners (there have been many birthday celebrations!) and really enjoyed it so I thought I'd make her one myself.  My family thought it was much better than the store bought one... well I suppose they would say that as they are family! I have to admit it tasted really good. The cake was nice and moist and I really love the colour of the cake. I wanted to try some different frosting methods but they didn't quite turn out as expected. I tried using my mum's piping syringe with attachments which was difficult to control compared to a piping bag.  Oh well practice makes perfect, right? Plus the icing got quite runny as I had to re-do the piping a few times and didn't have time to firm it up in the fridge as I was running late! The final result is quite plain and simple but at least the taste spoke for itself.
Incidentally this is also my 100th post so it's fitting that it's a birthday red velvet cake :)
PS apologies for the quality of photos, most were taken from my phone. 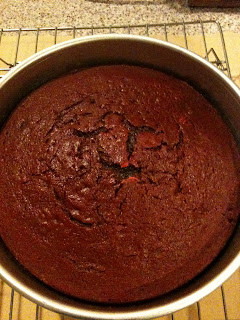 fresh from the oven, I was a little worried it was not red enough but it looks better in reality. 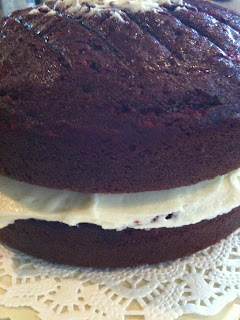 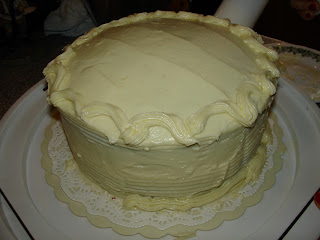 First attempt at frosting borders. Didn't quite turn out so I scraped it all off ... 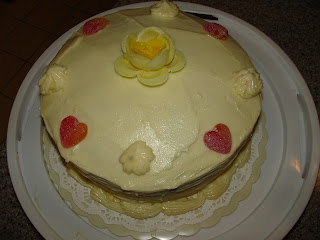 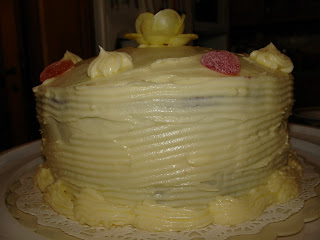 tried to make lines on the side of the cake with a new cake tool I have but I obviously need more practice! I do like the borders on the edges. 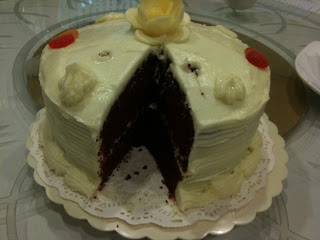 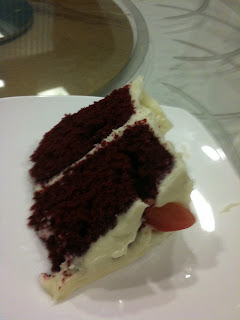 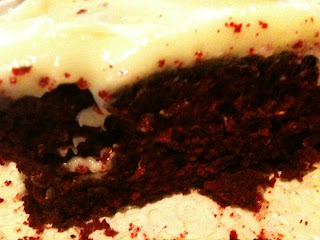