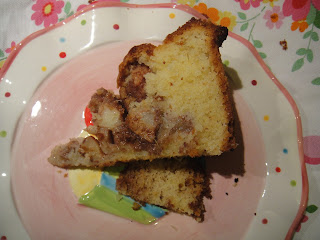 I'm having a great time baking with apples recently as it's delicious, versatile and in season! So I'm pleased that this month's pink whisk challenge is apples.
I chose a cinnamon crumble apple cake from Waitrose (yes not BBC Good Food for a change!).  Initially, I thought it was a disaster but it tasted good so it wasn't a complete disaster! I burnt the cake slightly and was very disappointed that the middle had sunk. I then realised that I put quite a lot of apples on top (more than the recipe suggested) which probably weighed the cake down. The crumble didn't quite work out as expected, probably because my butter was not cold.  I actually contemplated not bringing it in to work (as planned) but I'm glad I did in the end as it tasted much better than it looked. The sponge was moist and light and the apple crumble with the cinnamon was divine. 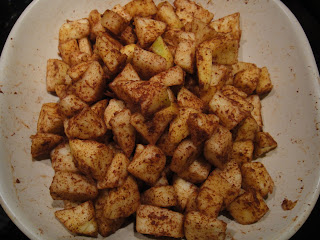 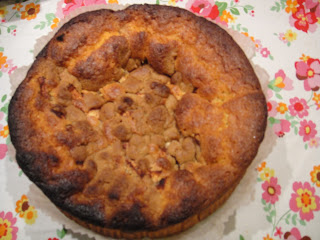 Recipe from waitrose.com
Posted by Baking Addict at 00:18