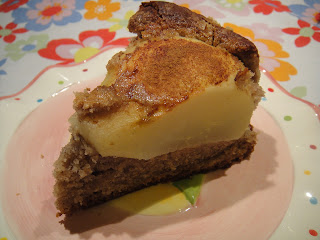 This recipe is truly simple and pears are in season so I'm making this for Simple and in Season hosted by Ren of Fabulicious Food. It's a mix everything together type of cake with no fancy equipment required. The longest time taken (apart from baking) was pre-heating my oven (it's very slow) and preparing the pears. You can have this cake in the oven in 10 minutes flat, no kidding. The result - absolutely amazing in terms of smell and taste.  I love the smell of baking but even more when there's cinnamon involved!  The cake itself is light and moist and I love the crunch and sweetness of the pears. You can substitute the pears for apples or plums. 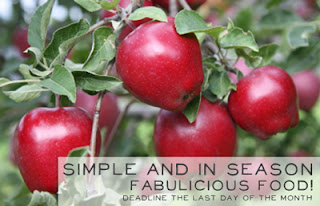 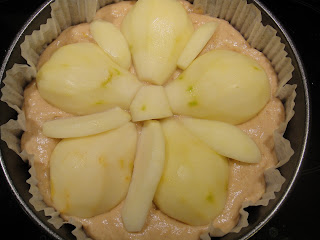 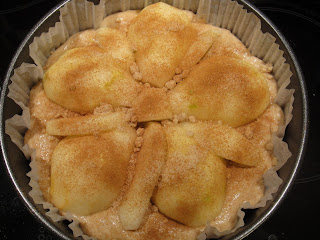 sprinkle with a generous amount of cinnamon and some brown sugar 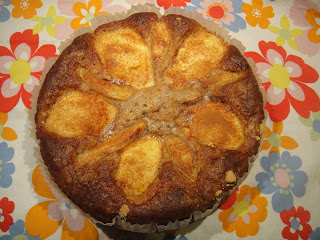 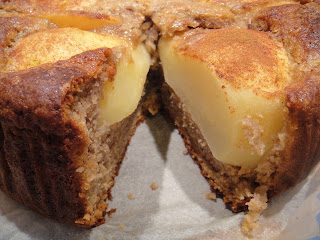 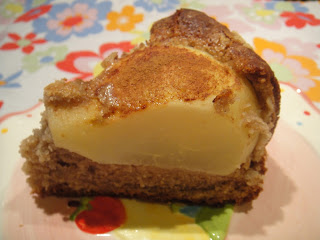