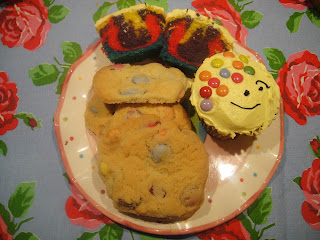 Tomorrow November 18th 2011 is the BBC Children in Need Appeal.  It first started in 1927 as a five minute radio broadcast and has now grown to a huge annual fund-raising event raising over  £600 million. Pudsey Bear made his television debut in 1985 when Terry introduced the new, brown cuddly mascot to the audience.  He was designed by Joanna Ball, a BBC graphics designer, who named him after the West Yorkshire town where she was born. He proved very popular and returned as BBC Children in Need's official logo the following year with his design amended to that of a yellow bear with a red spotted bandage.
I was asked by BakingMad to make a Pudsey Bear Dessert for their Children in Need campaign. I wanted to do something slightly different from the standard vanilla cupcakes so I decided to make it a rainbow vanilla cupcake. It's really fun and simple to do and would be a great project with the kids if you have any. I used my standard vanilla cupcake recipe and divided it into 4 equal portions. I used ziplock bags to save on washing up and it also helped to fill the cupcake cases neatly. I ordered some colourful Pudsey cupcake toppers online but sadly they have not arrived so I decorated them as suggested on the bakingmad website. Do check out all the other fantastic cupcake recipes there.

If you like this recipe, please click here http://www.bakingmad.com/recipes/cupcakes/pudsey-rainbow-cupcakes and support my recipe as BakingMad are offering a prize to the recipe with the most page views. Thanks!
I also made some smarties cookies to go with the cupcakes as they fit the theme. I didn't have time to buy the Pudsey bear cookie cutters - perhaps something for next year.  I hope they will raise some money tomorrow for this great cause.  If you want to donate, you can do so by visiting http://www.bbc.co.uk/pudsey/
UPDATE : I've raised £46.10 at work today! 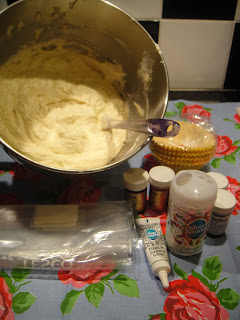 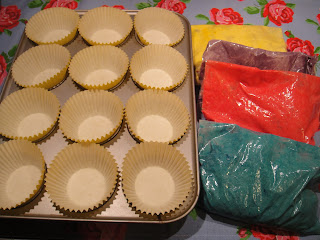 I overfilled the bags so only got 4 colours but I love all of them! It's easy to mix the colours in the bags and then to pipe into the cupcake cases 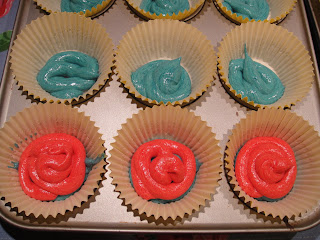 layer the batter in the cupcake cases. I've started here with blue followed by red... 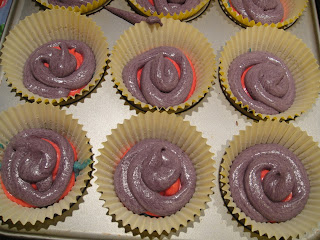 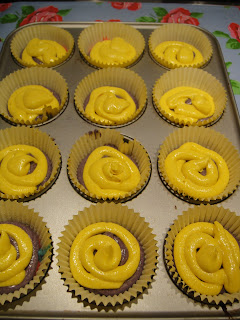 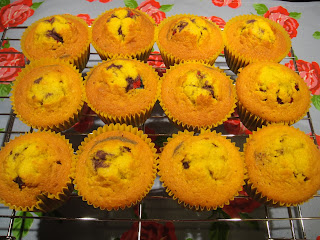 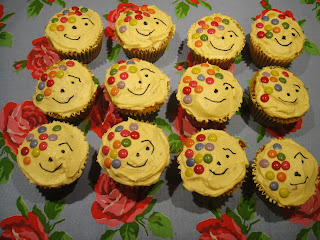 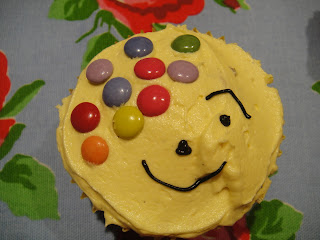 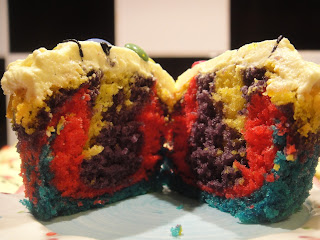 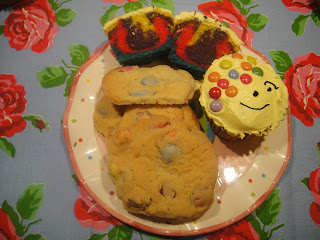 For the smarties cookies
Posted by Baking Addict at 22:46