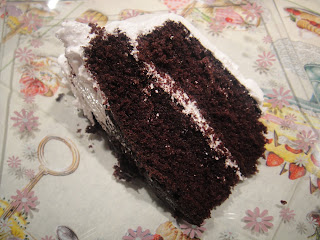 I'm really excited to participate in my first Weekly Bake off, the brainchild of Amy from Weekly Bake Off.  The premise is simple, to bake her way through Mary Berry's 100 cakes and bakes. A random recipe is selected by Amy every Monday and bakers have a week to bake and post a photo by Sunday evening. I bought this book months ago but due to other commitments was unable to participate at the end of last year. So I was really excited for the first January challenge which is a devil's food cake. However, all did not go to plan and I debated if I should post it or not. I think I'm often too hard on myself and this blog is about sharing my experiences - good or bad. So I present to you the Lopsided Artistic Devils' Food Cake :)

I made this in a hurry (I never learn my lesson!) which is partly what cause the downfall (no pun intended!) I had a really busy week but really wanted to bake this cake. I had to go to a friend's birthday dinner and drinks and had less than 2 hours to bake, frost and get myself ready for a night out! Could I do it? Well I do like a challenge so I decided yes. I whipped up the cake quickly and it turned out beautifully. I was a little nervous about the icing as it involves a sugar thermometer and the last time I tried making a meringue buttercream, it didn't turn out well. Sadly, I have not perfected the meringue buttercream. Perhaps I should have whisked it longer as it didn't stand in peaks. Remember I was against the clock here so I just put the icing on and left it to set while I had a great night out. When I got back at 1am, the top layer had slid off! :(

The plus point is the cake is delicious!! It's quite a sweet frosting but it works well with the cake. The sponge was light and moist and you can taste the cocoa in it. I'm dubious about chocolate cake that uses cocoa powder rather than real chocolate but it worked well here. It's a good cake to bake to impress (if you get it right of course)

A note on the frosting - it really does set very quickly so you have to be quick. I would also half the frosting recipe next time as I had a lot leftover. I think I didn't whisk it long enough to achieve the peaks. Any thoughts on this? 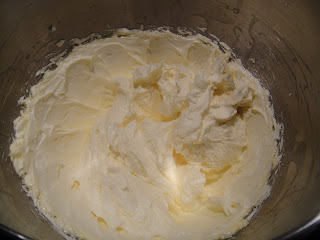 cream butter and sugar until light and fluffy - i could just tell the sponge was going to be good :) 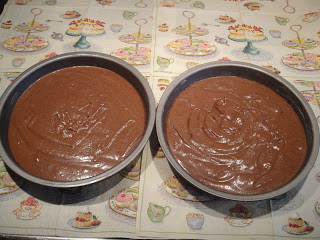 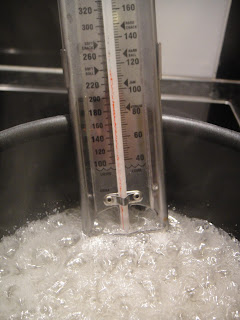 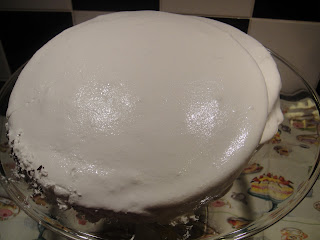 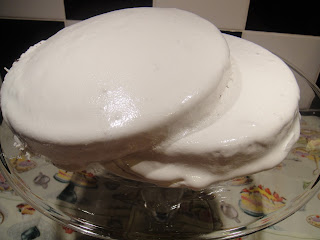 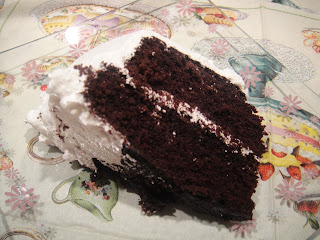 Glad I still managed to get a layer slice so really if you didn't see the above pictures, you'd have been none the wiser :)