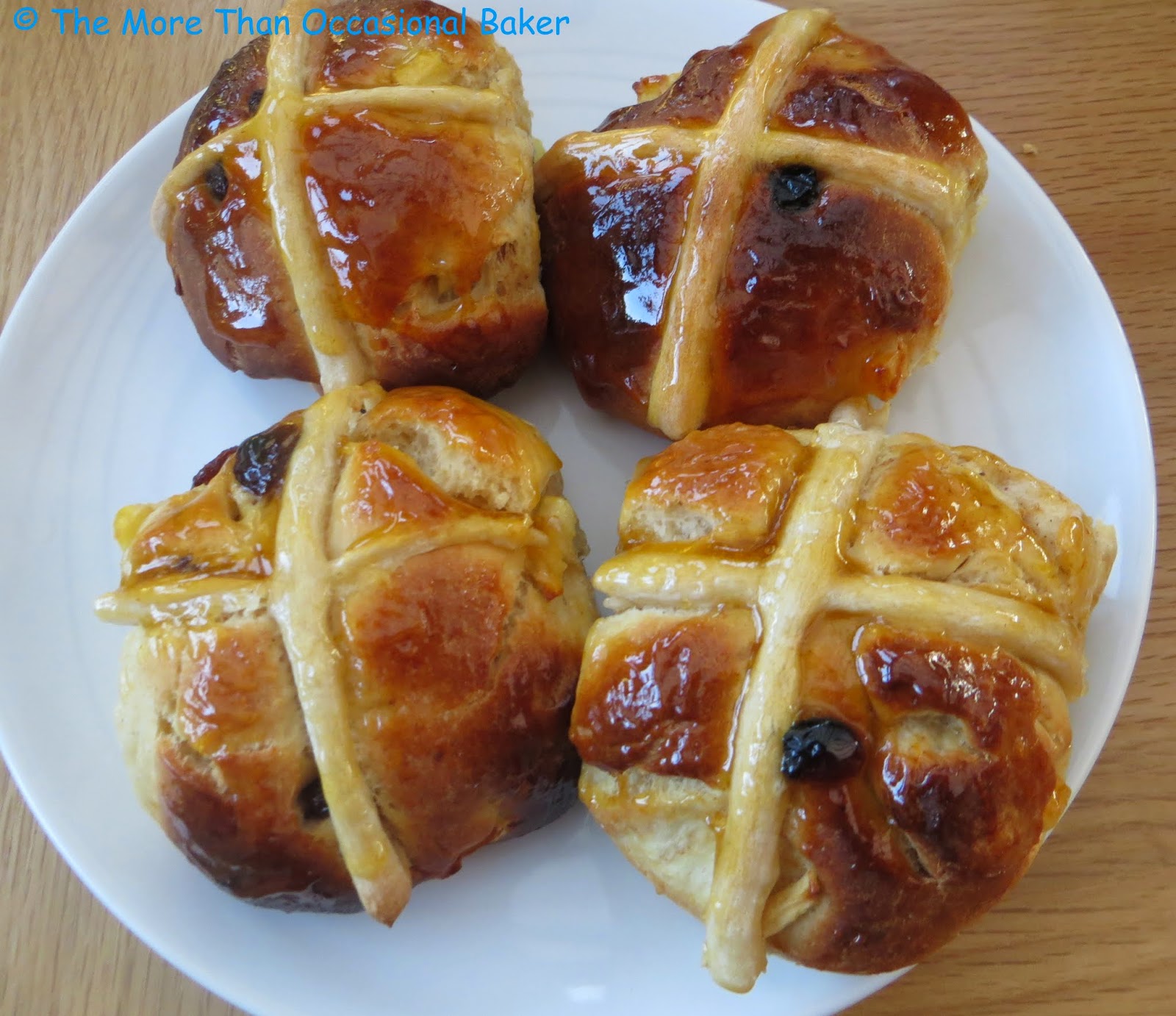 If you read my blog regularly you will see that I love baking cakes, cupcakes and cookies. I've started to bake more with pastry recently which includes trying different types of pastry and I even had a go at hot water pastry but that's for another post. Bread baking is a different matter and I've tended to stray away from baking bread or dough.

J has been asking for hot cross buns since before Easter. It's traditionally eaten on Good Friday in the UK and in many other countries. Unfortunately I didn't get round to baking it and Easter flew by in the blink of an eye.  A week after Easter and J was still asking for his hot cross buns so I decided to give it a go.

I used a Paul Hollywood recipe from BBC Good Food and followed it exactly. As it's my first time baking hot cross buns I decided not to stray from the recipe. The dough needed to prove 3 times and by the time I finished baking this it was almost dinnertime! Luckily we had a busy day doing some home improvements and did not have a chance to have lunch so these were a welcome treat with a cup of tea. I also gave some to our lovely neighbours next door and to our new neighbours who moved in a few weeks ago.

They were very impressed with the homemade hot cross buns and so were we. The buns were soft and fruity and tasted so much better than the shop bought ones. We had them warm from the oven with lashings of butter and they tasted heavenly. We also had them toasted the next day with some homemade marmalade (from a friend) and it tasted just as good.

I'm sending this to Bready, Steady, Go! hosted by Jen from Jen's Food and Michelle from Utterly Scrummy Food For Families.  Both Jen and Michelle are keen bread bakers so they've decided to host this challenge together. I think it has a great challenge name which was chosen by one of Michelle's daughters.

It's also going to Treat Petite hosted by Kat from The Baking Eplorer and Stuart from Cakeyboi. The theme this month is Hello Spring.

Food Year Link Up hosted by Charlotte from My Recipe Book. These are of course for Easter. 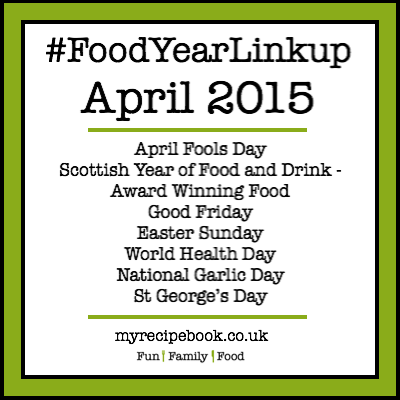 Finally to Let's Cook for Easter hosted by Nayna from Simply Food. 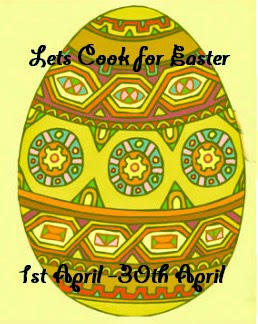 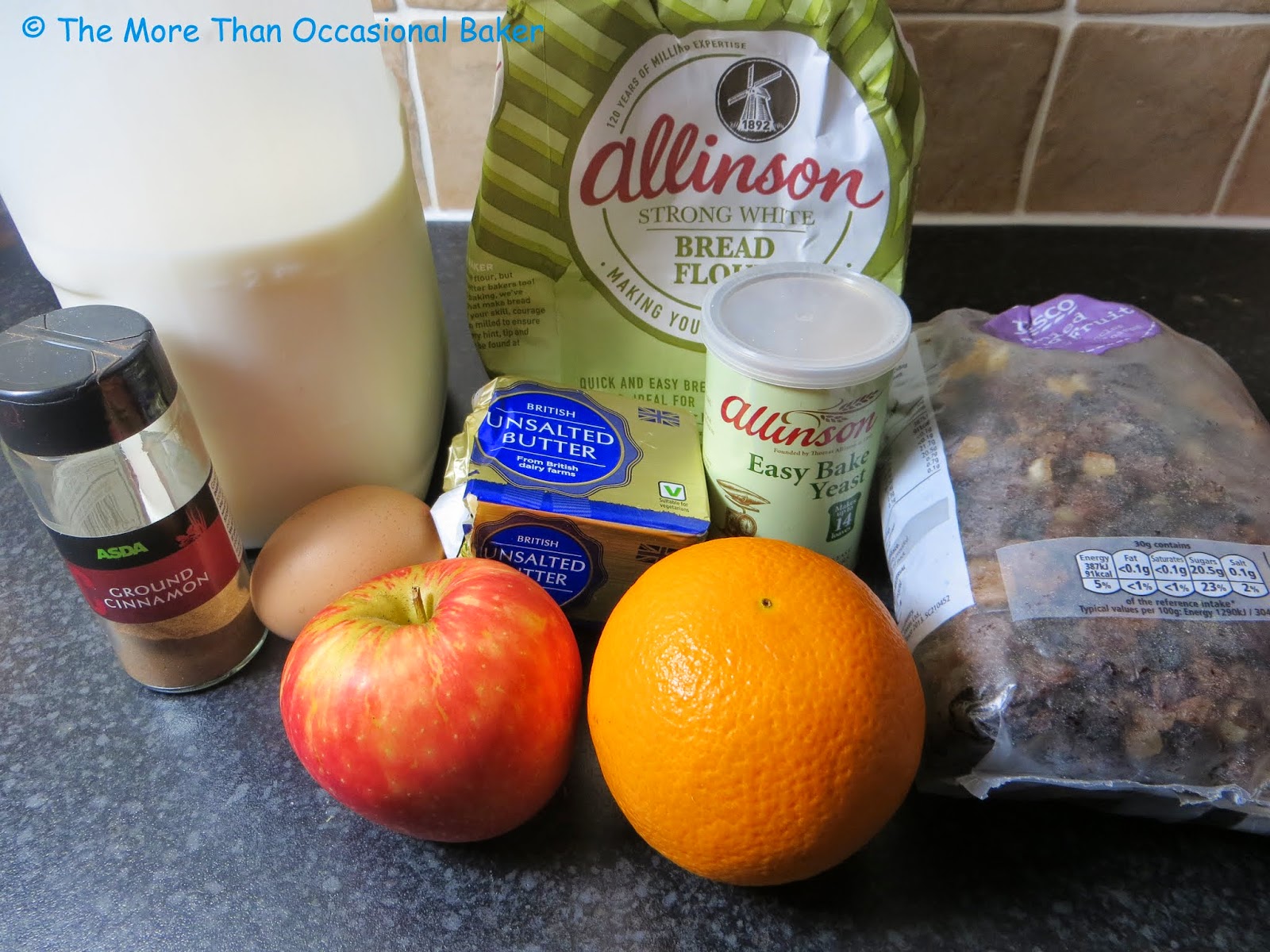 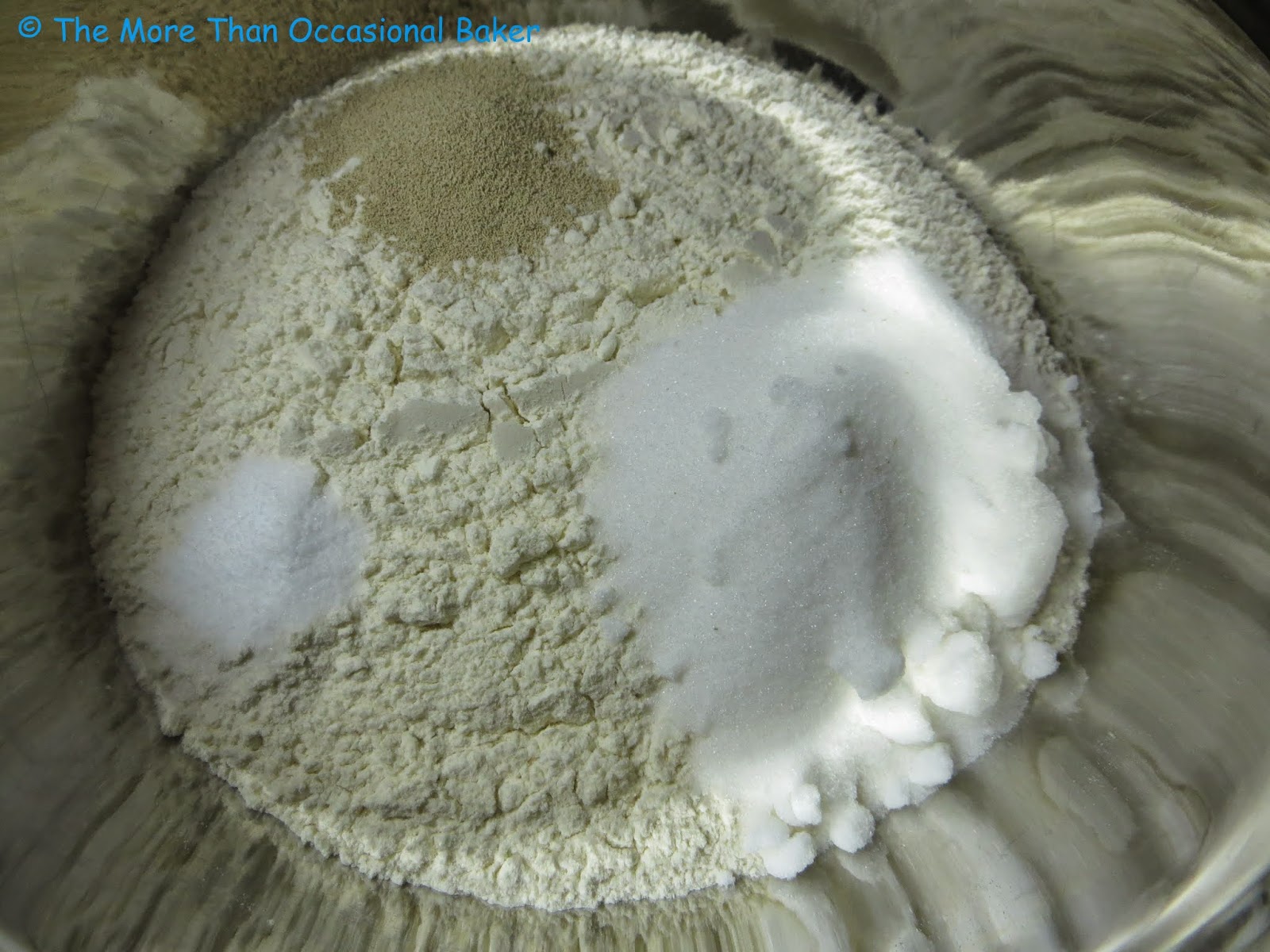 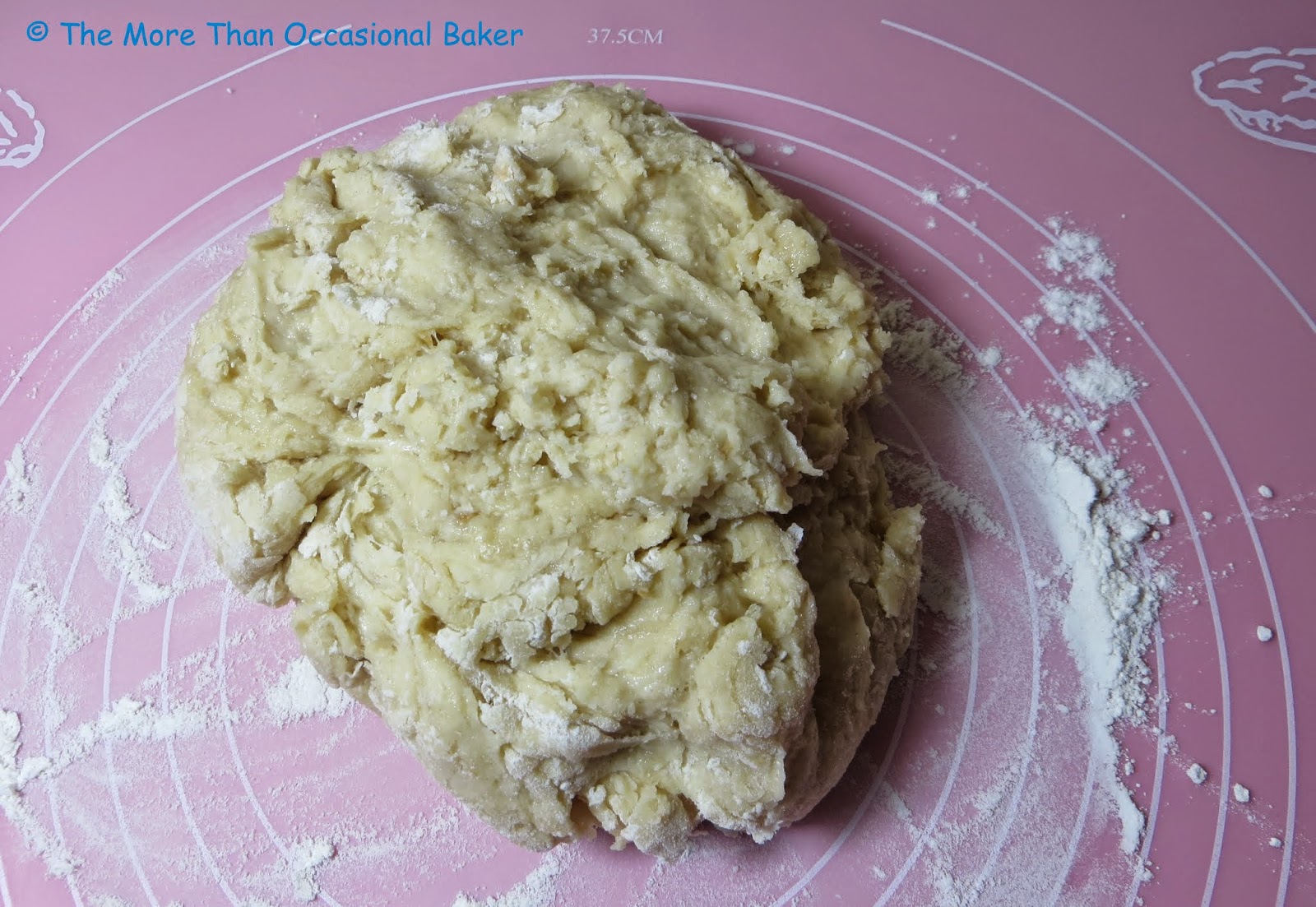 the dough is soft and crumbly... 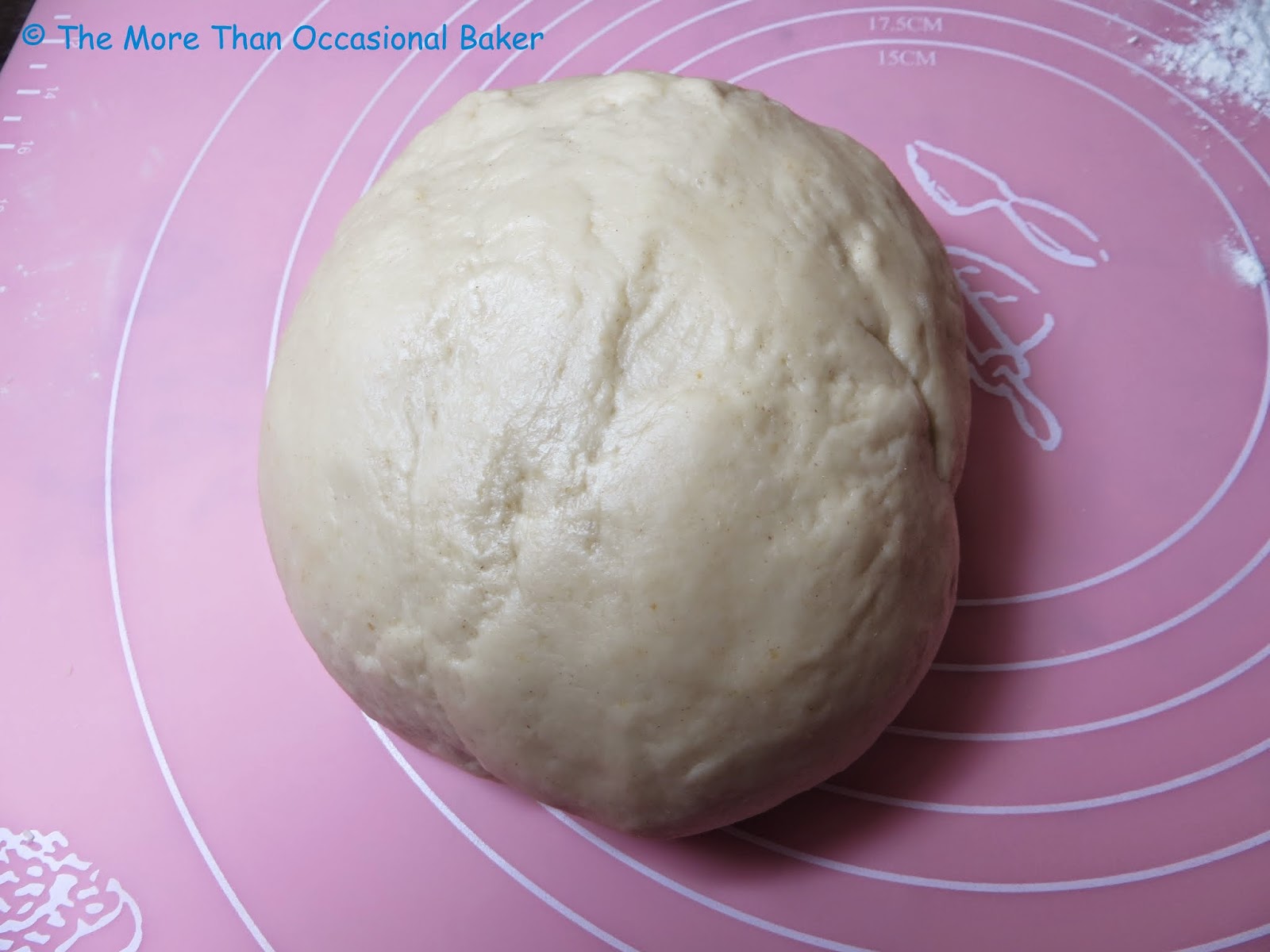 ...but becomes smooth and glossy after kneading 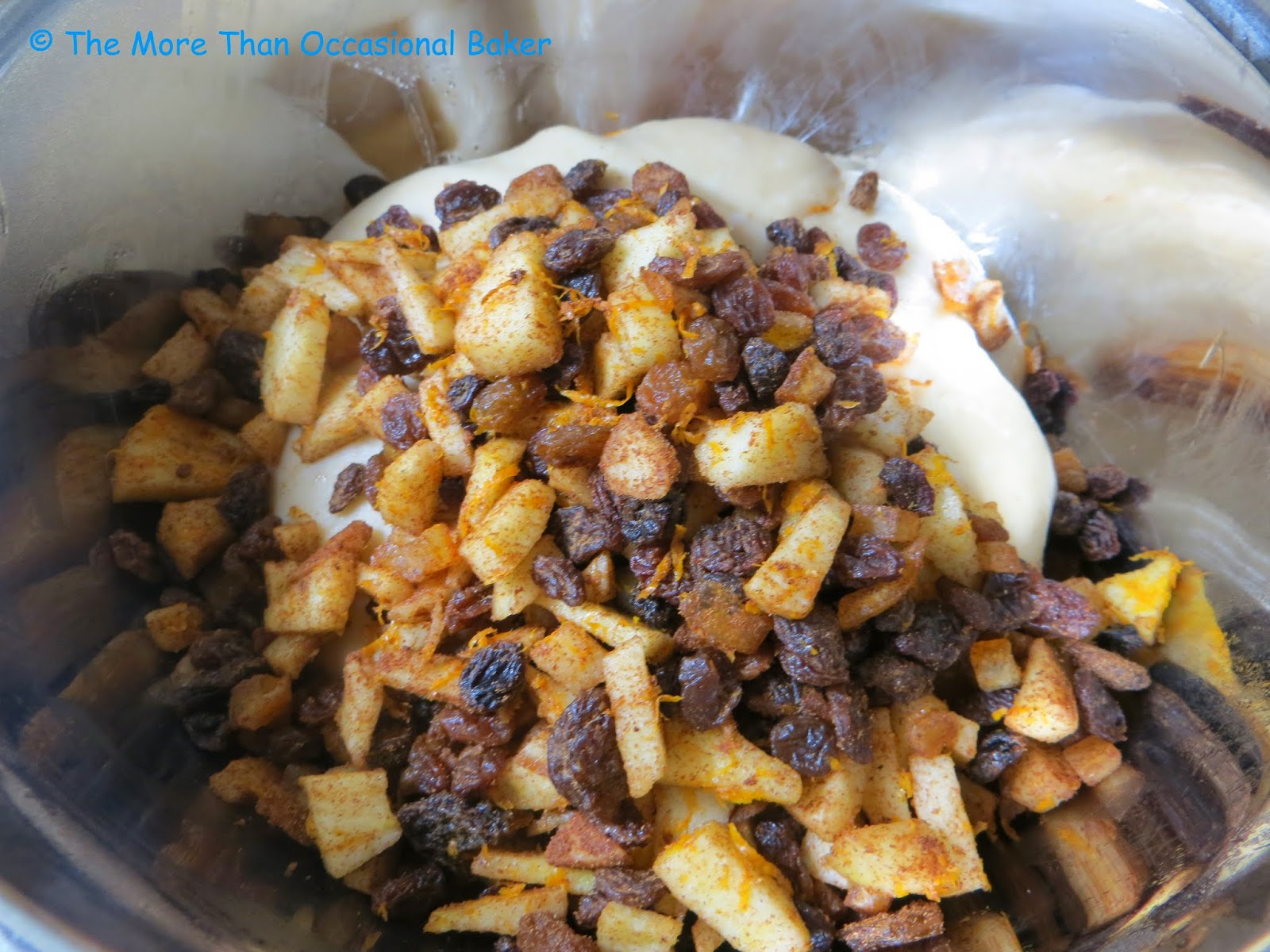 adding in the fruit after allowing the dough to prove 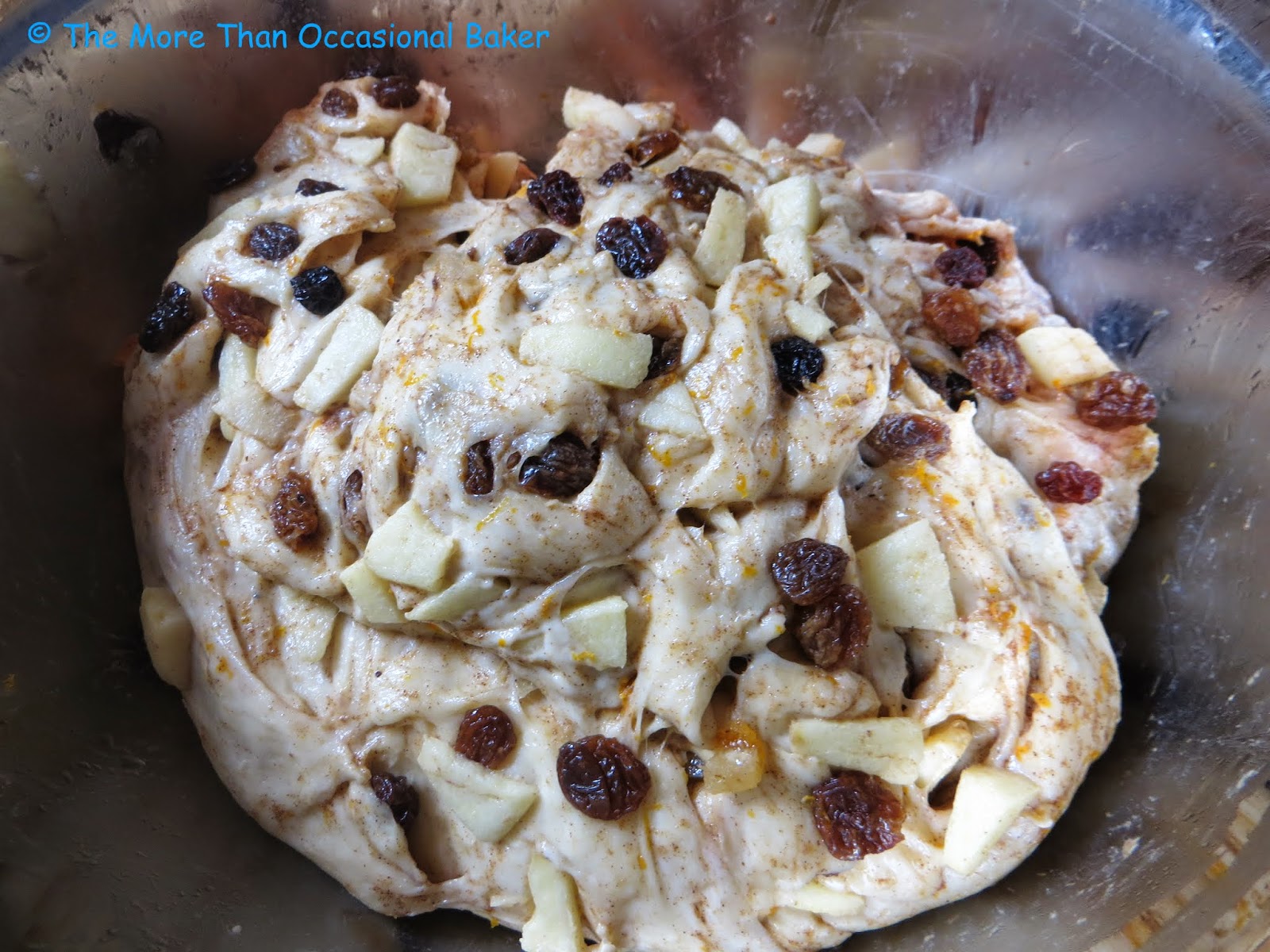 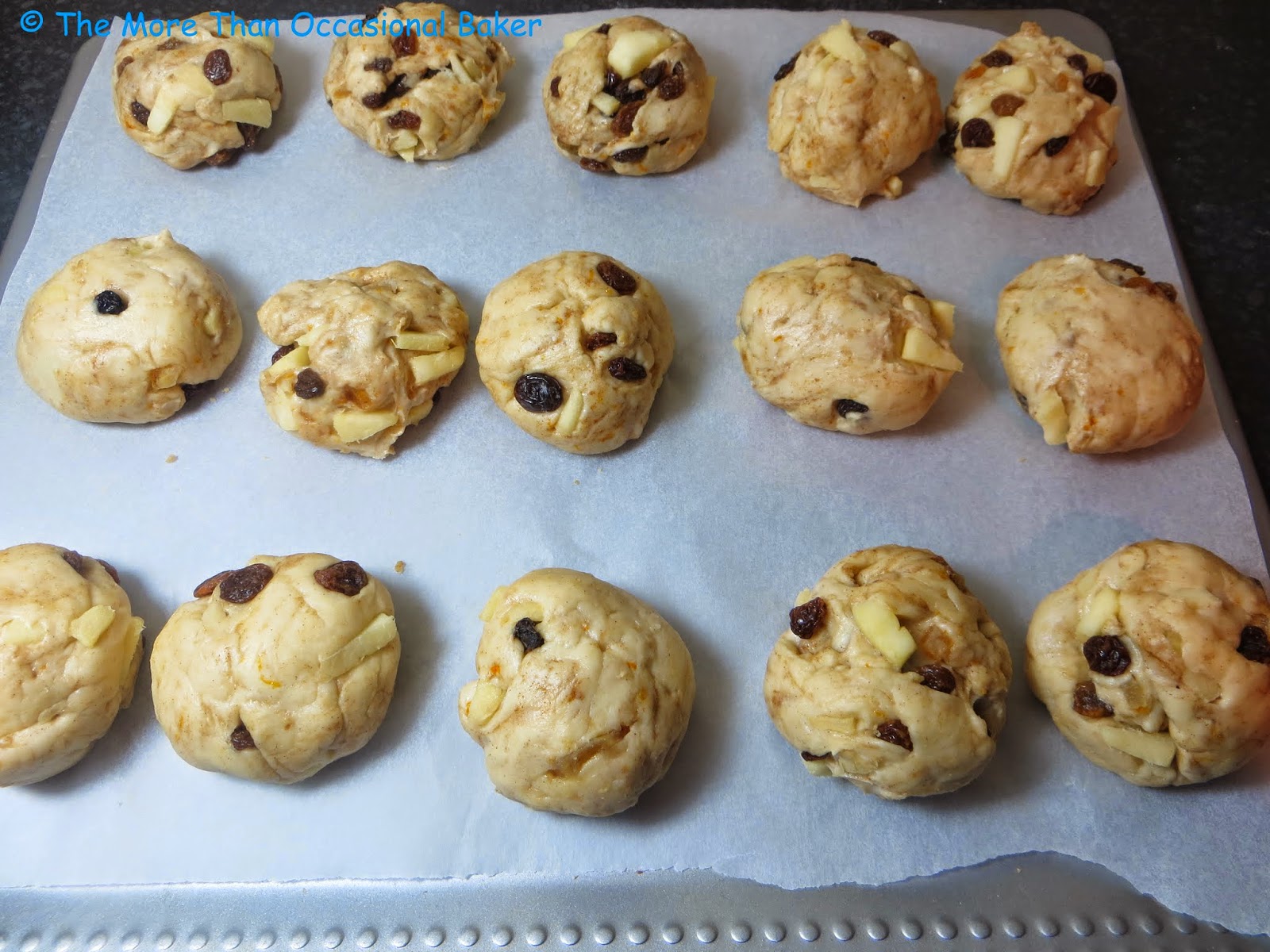 I weighed each bun as suggested to ensure even cooking 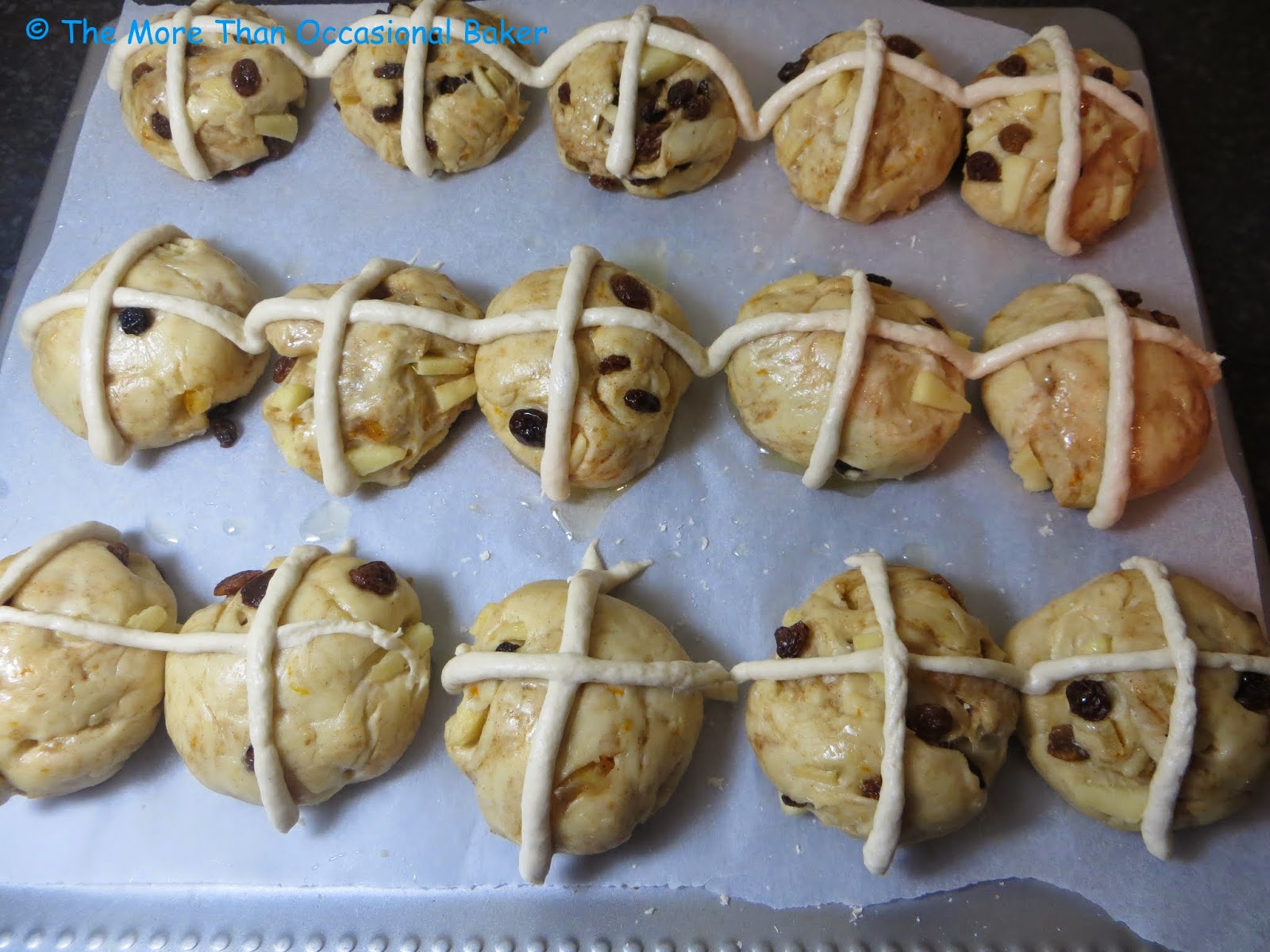 The cross is made from a flour and water paste

The glaze gives it a really nice shine 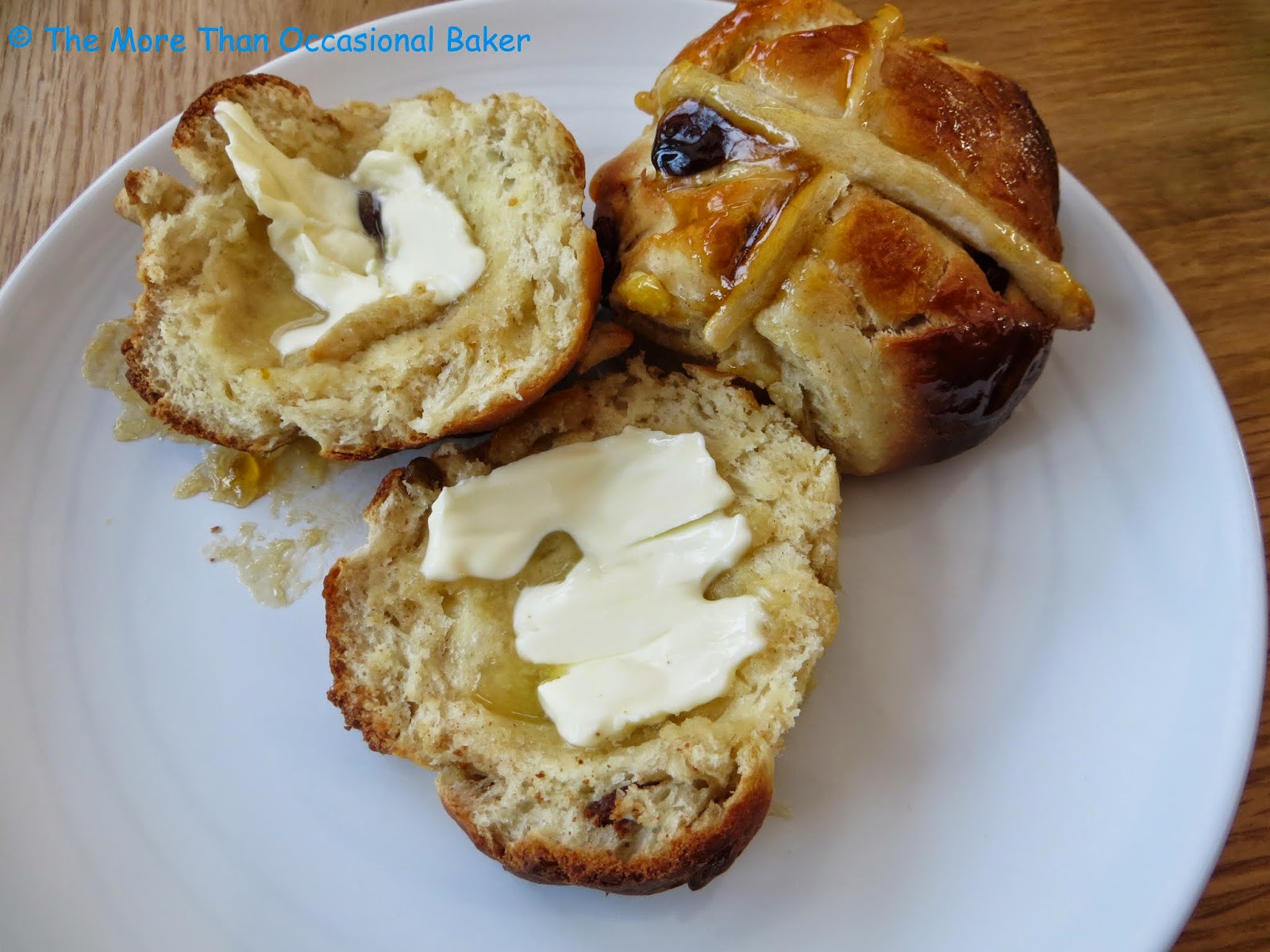