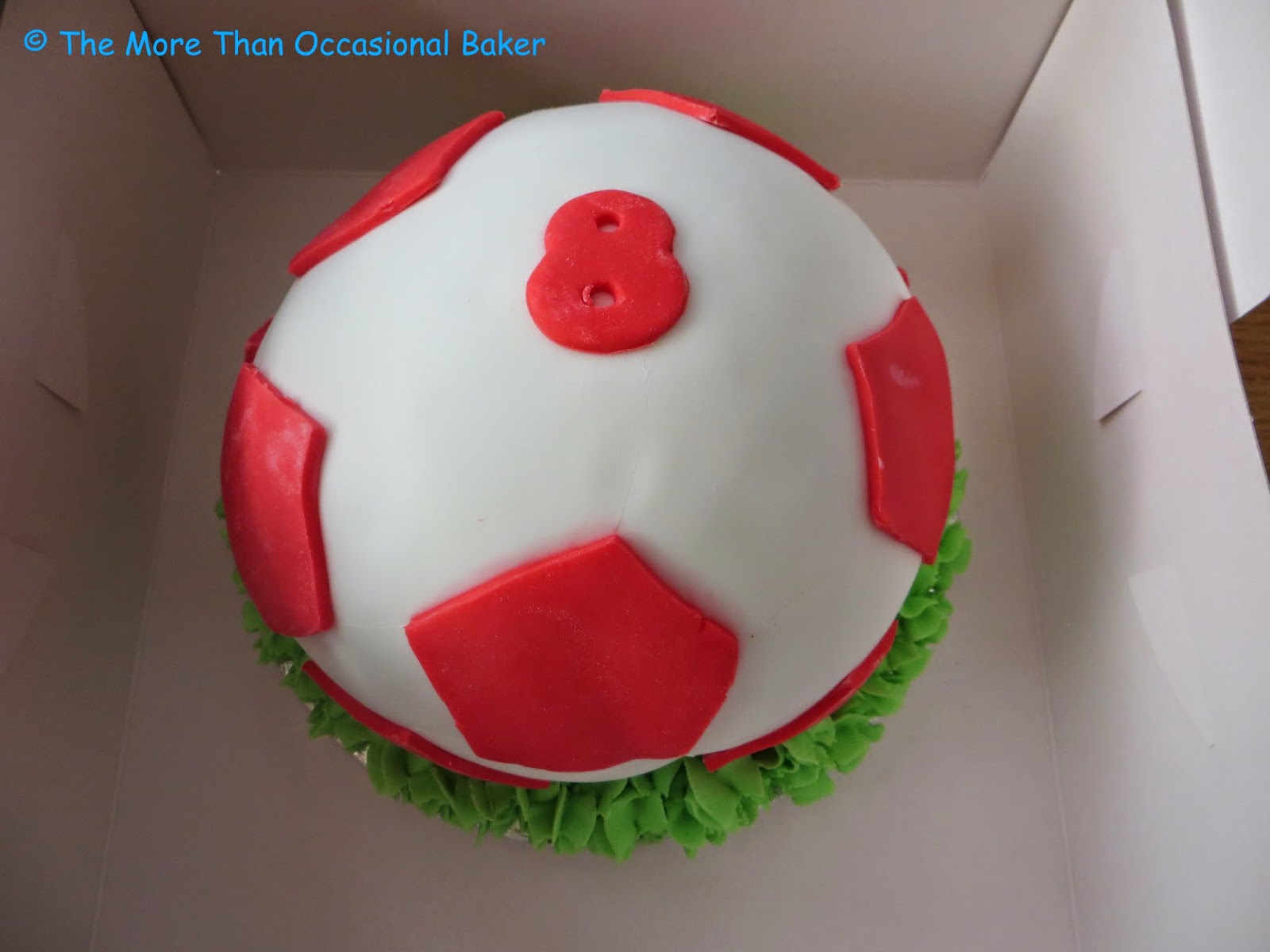 I was asked to bake a football cake for a colleague's son birthday. Last year the birthday boy wanted a trash pack cake which was a challenge but turned out better than expected! I was a little worried that he would ask for something complicated but fortunately he wanted a football cake. His favourite team is Manchester United so I used red for the football. I made a football cake last year which was a little disastrous so I was determined to succeed this year. I also upped the stakes by making it a pinata cake by filling it with lots of M&M's so that there would be a surprise when you cut into the cake. I learnt my lesson from last year and baked the cake 2 days in advance. This allowed plenty of time for the cake to cool before decorating and I managed a whole round sphere with no collapsing cake in sight! I baked 2 hemispheres using my Lakeland hemisphere tin and sliced each in half. I cut a circle out of the top half of each hemisphere and stacked the whole cake with icing. The gap left by the cut out circle made a cavity for the M&M's to go in. I covered the whole cake with a crumb coat icing then a further layer of icing before covering it with white fondant. I couldn't find my hexagon cutter so I had to make my own by cutting out a piece of cardboard in the shape of a hexagon and used that as my guide. I can't draw and it took me ages to get something that resembles a hexagon!

The cake is chocolate mint as requested by the birthday boy and the icing is mint buttercream icing. I piped some 'grass' at the bottom of the cake board and cut out the number 8 to represent his age. The birthday boy was really pleased with the cake. He had a birthday party and the kids were impressed with the M&M's inside the cake when the cake was cut. I asked for a photo which you can see below. 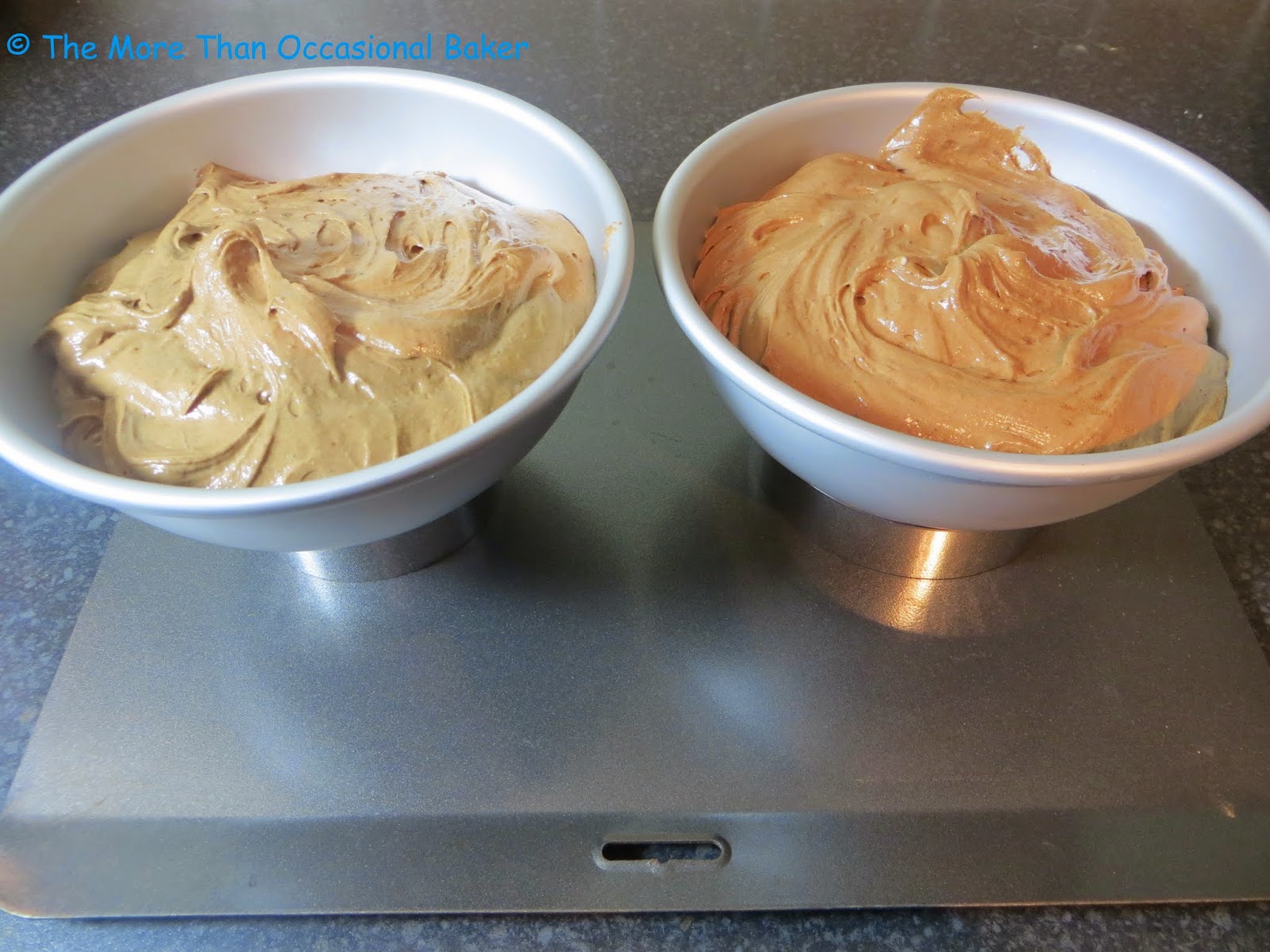 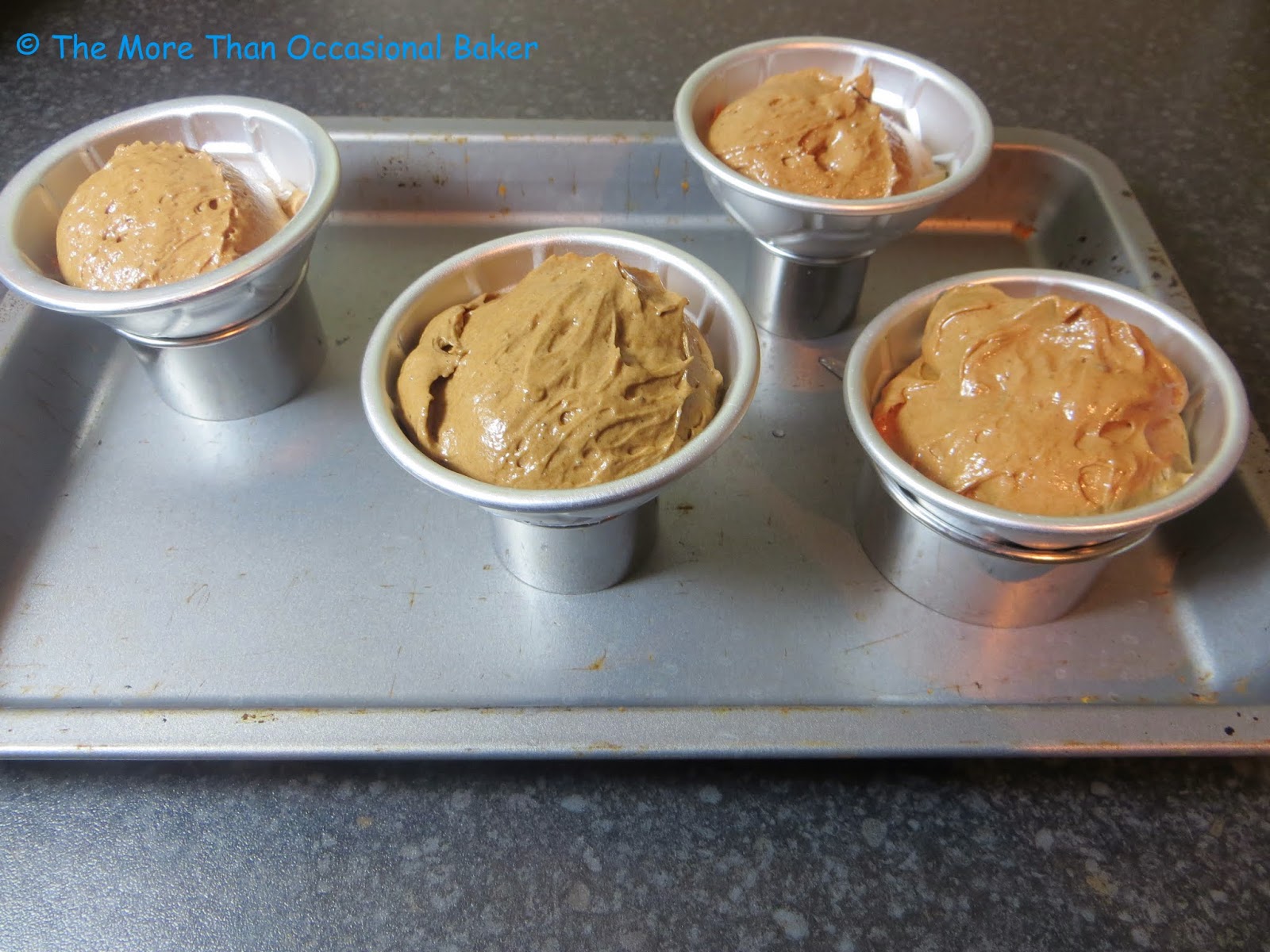 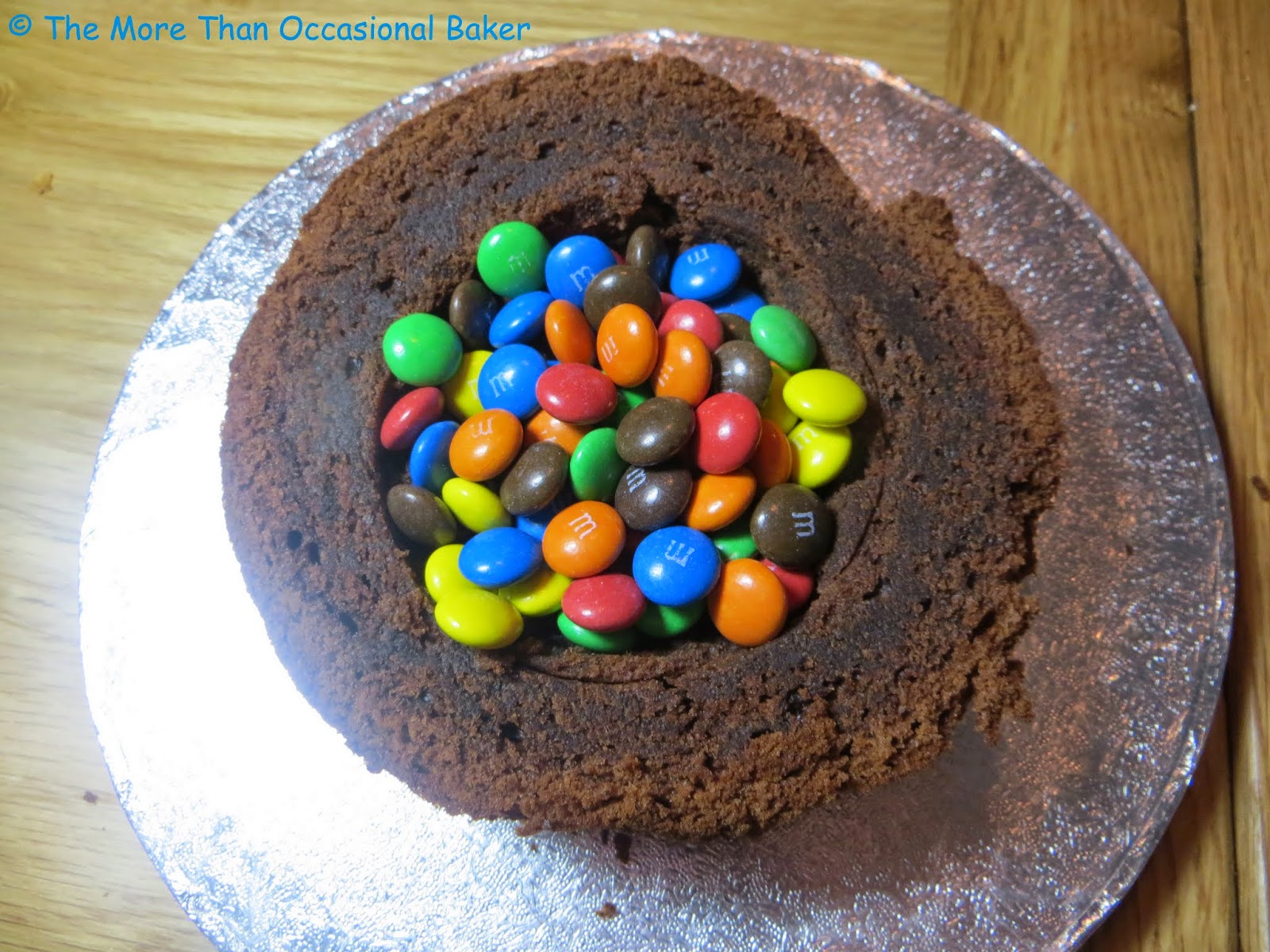 Filling the middle with M&M's 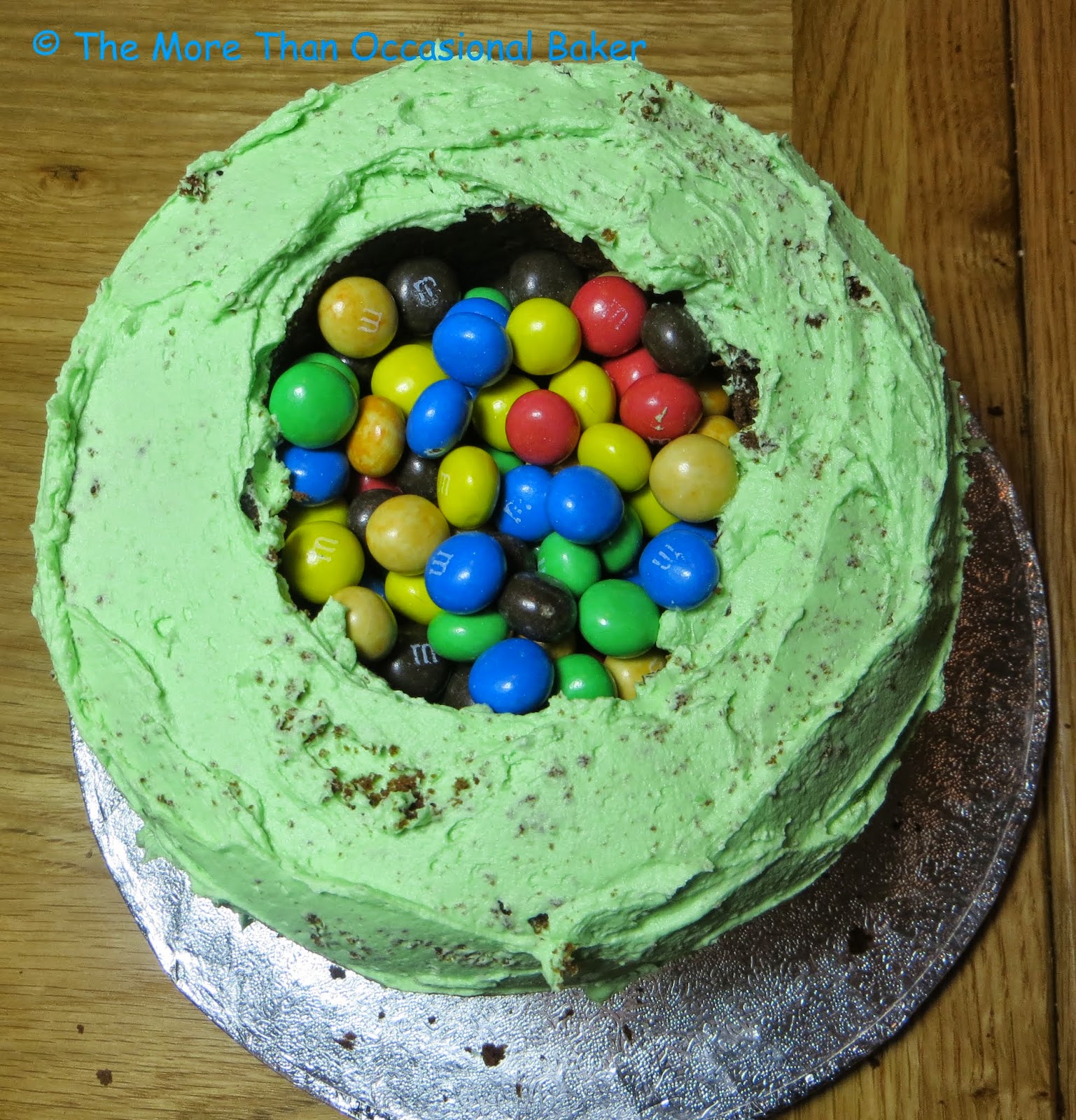 Chocolate mint icing between each layer 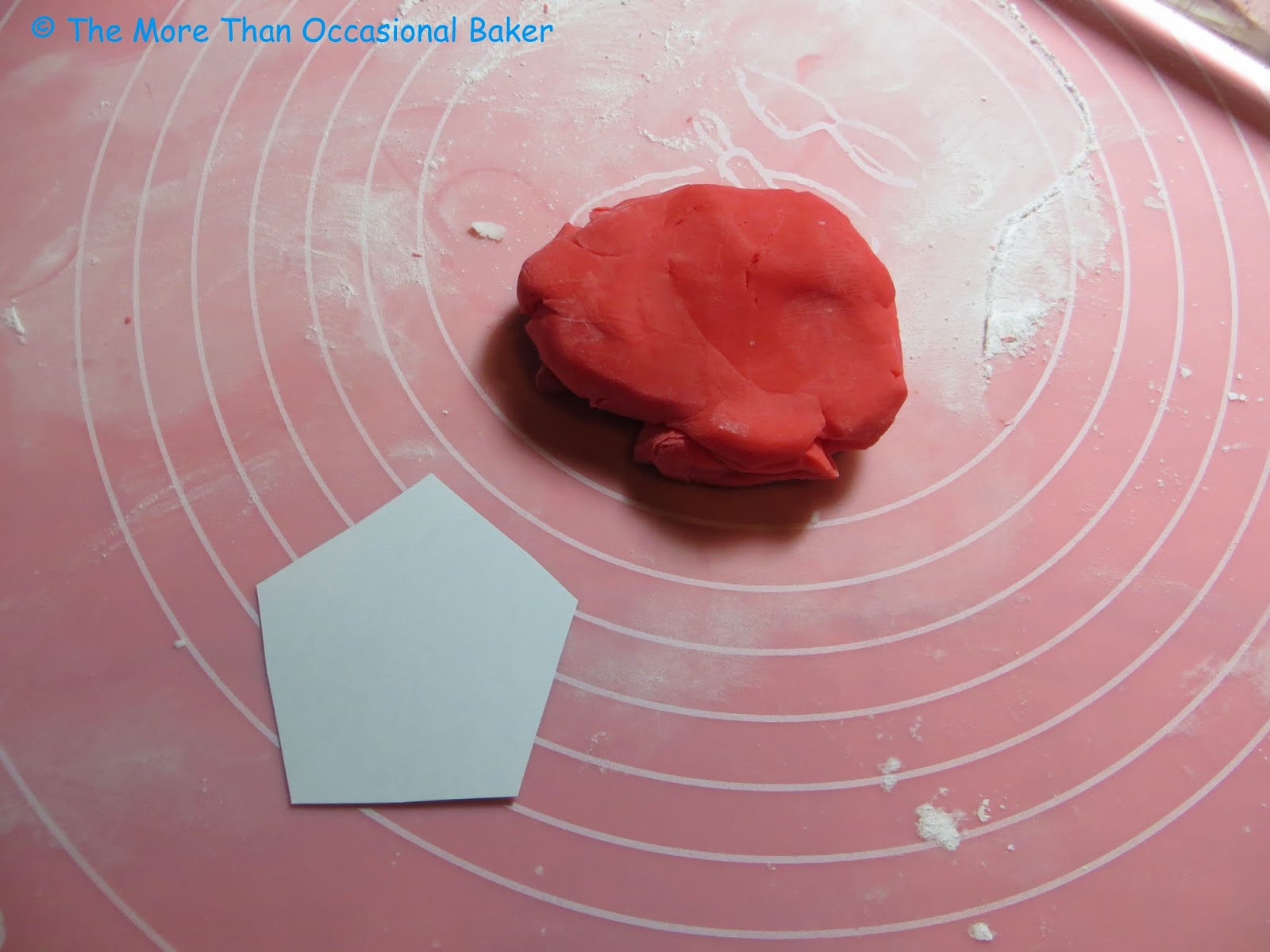 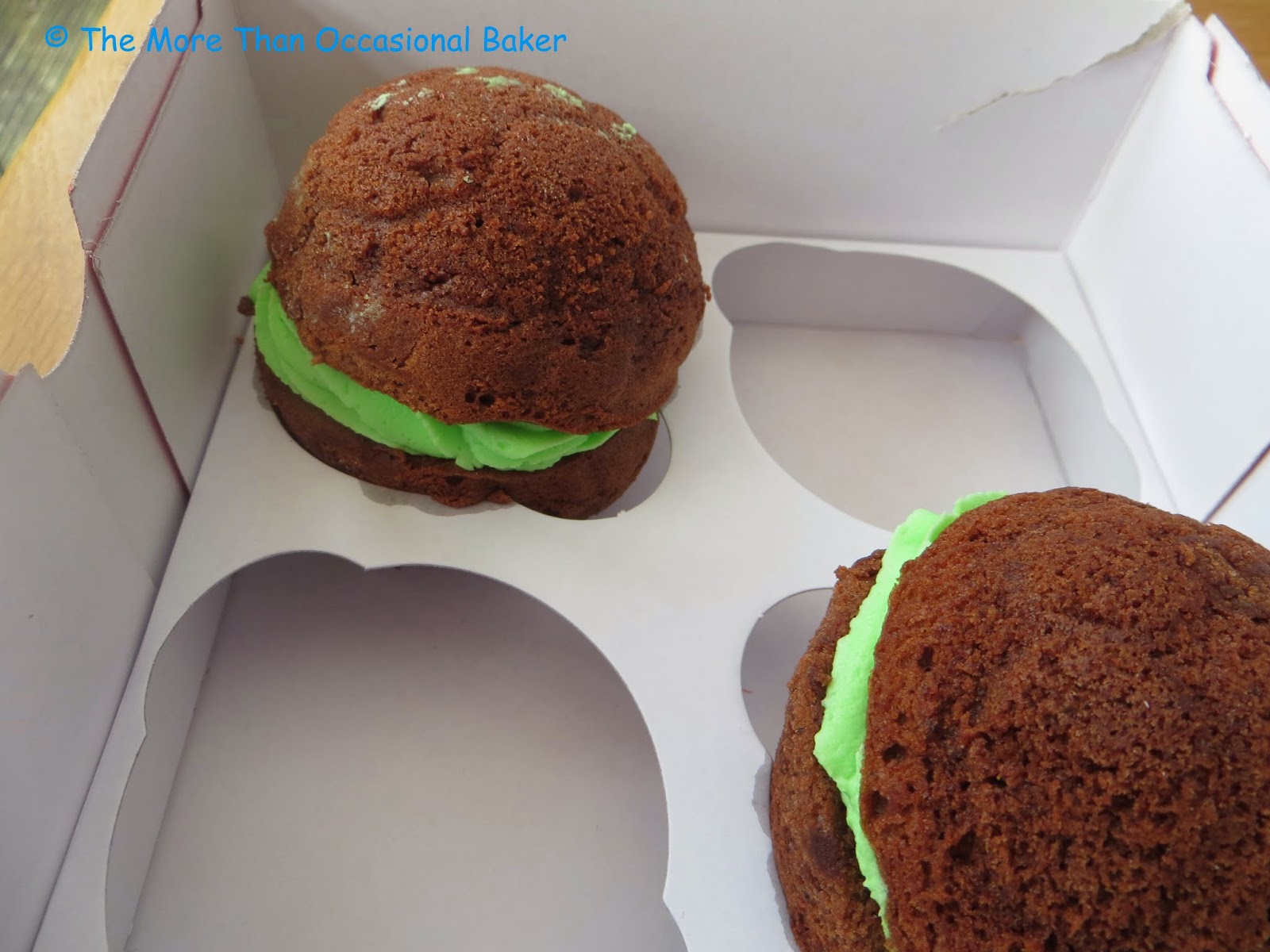 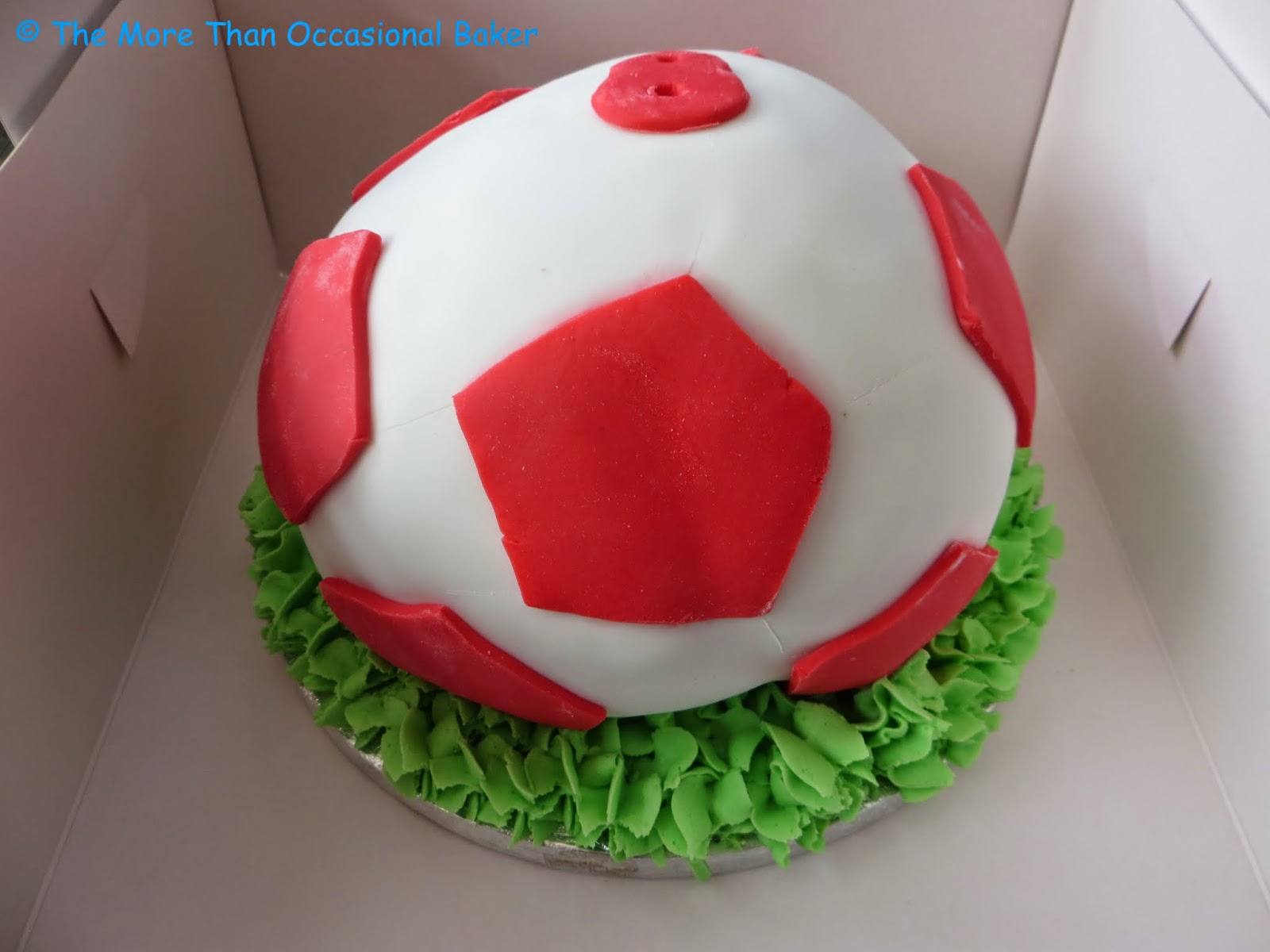 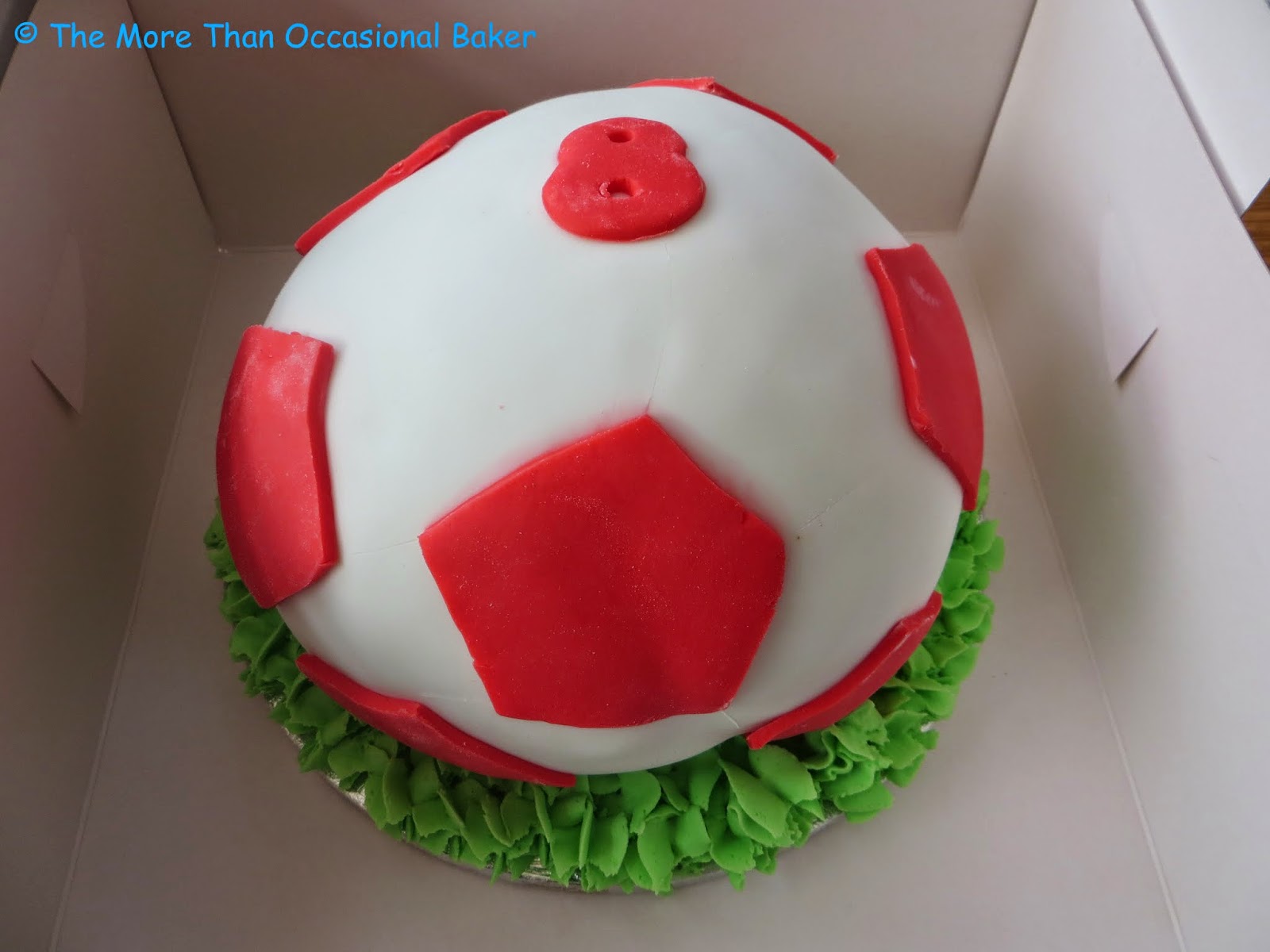 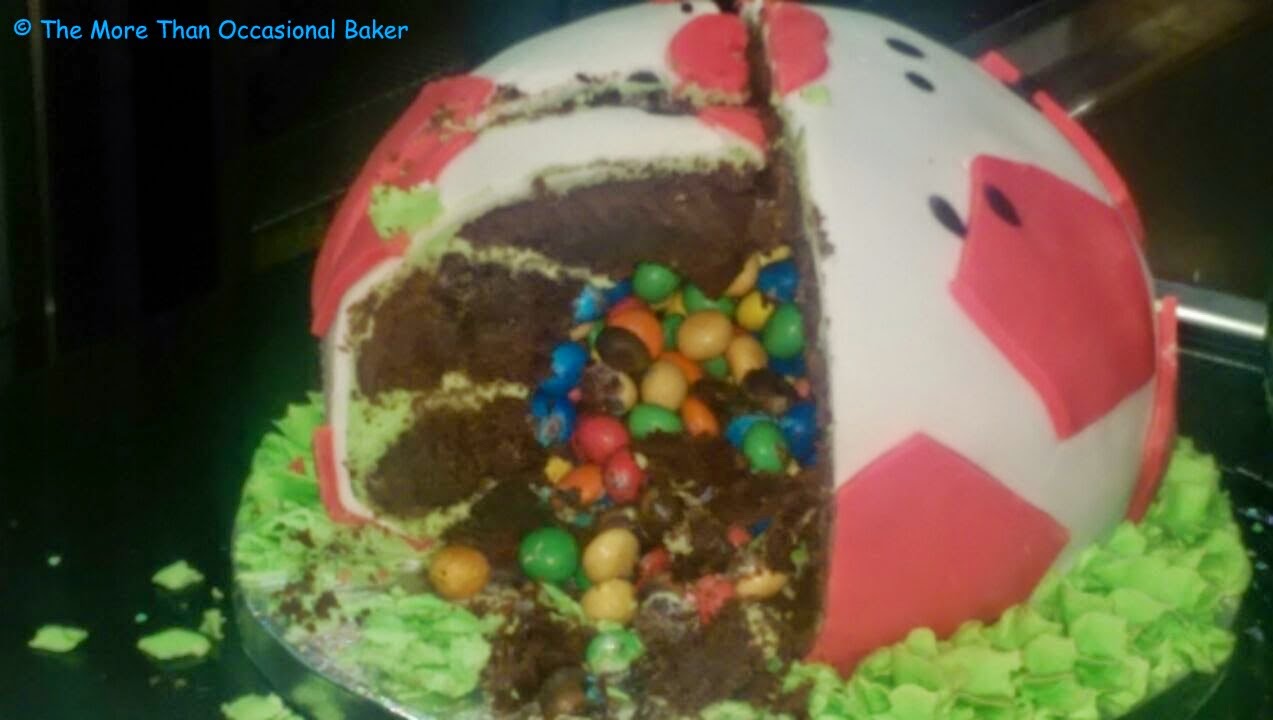 The inside of the cake