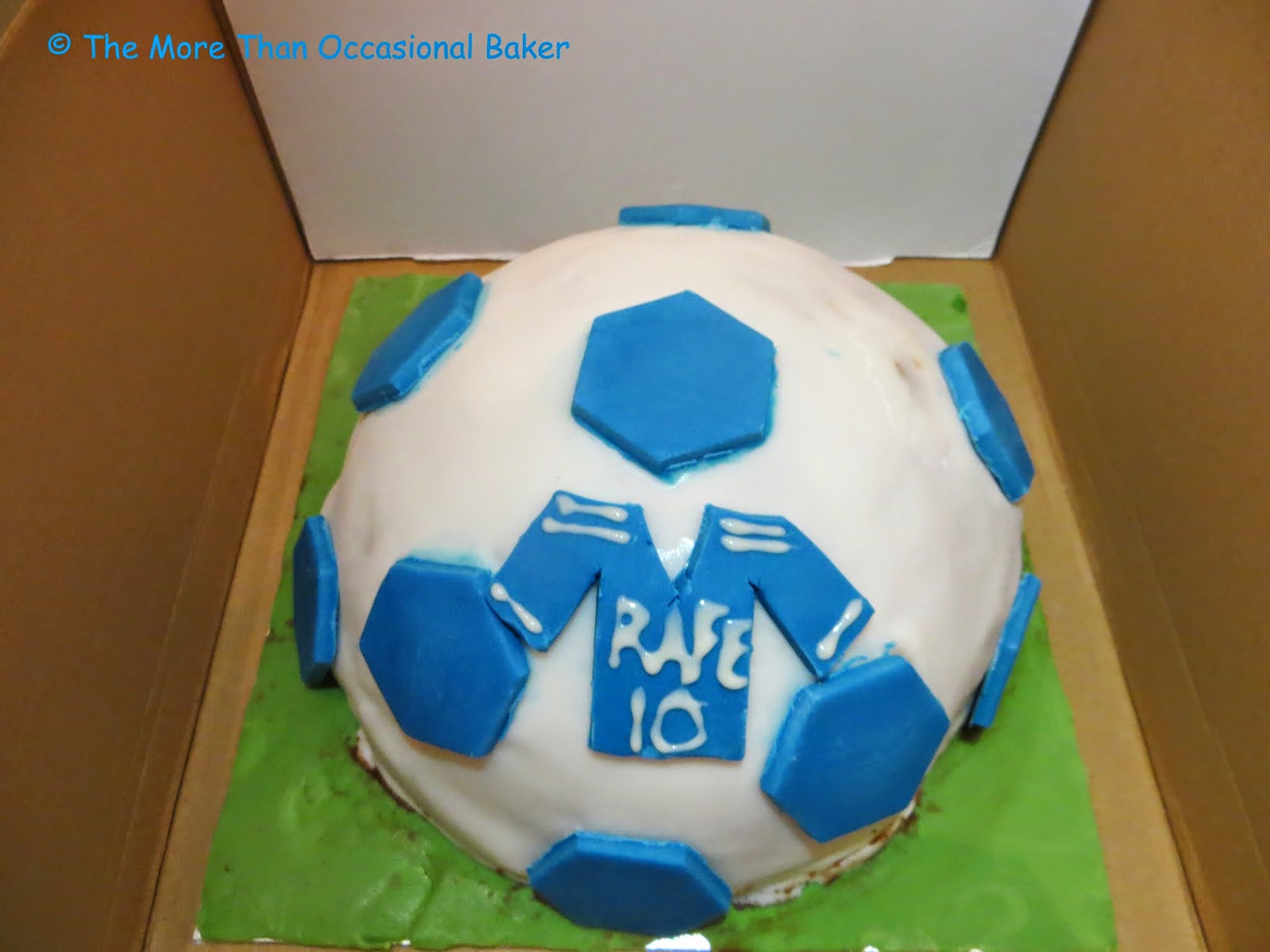 I baked this back in May for a colleague's son's birthday but have not gotten round to blogging about it. As it's football season, it seems fitting to present a football cake. I was asked to make a Chelsea football cake as he is a fan of Chelsea and to use the team colour which is blue. I borrowed a pair of Lakeland large hemisphere tins to bake this cake as I wanted it to be a whole circle. Unfortunately, the cake fell apart and I had to bake it again but only made 1 hemisphere. I used my favourite Nigella Old Fashioned Chocolate Cake recipe for the cake and made a simple chocolate buttercream to go with it.

I had real difficulty decorating this cake and would really appreciate some advice. I've never baked with hemisphere tins before and I was really excited when the cakes came out smoothly as a perfect hemisphere. I allowed it to cool (but probably not long enough) as the cake fell apart once I placed one on top of the other to form a 3D circle. The cakes are quite heavy so perhaps I needed a lighter sponge mix? I did wonder if it would work better if I froze the cake first or baked the cake one day and decorated it on the next day.

For the actual decorations, I rolled out a piece of white fondant to cover the cake. I cut blue hexagons using a hexagonal cutter I bought from Ebay. I also cut out a shirt and used writing icing to decorate it. I planned to make a scarf but the icing kept cracking and I couldn't keep it in once piece so I abandoned it in the end. The final cake looks a lot plainer than I planned but I tried my best! 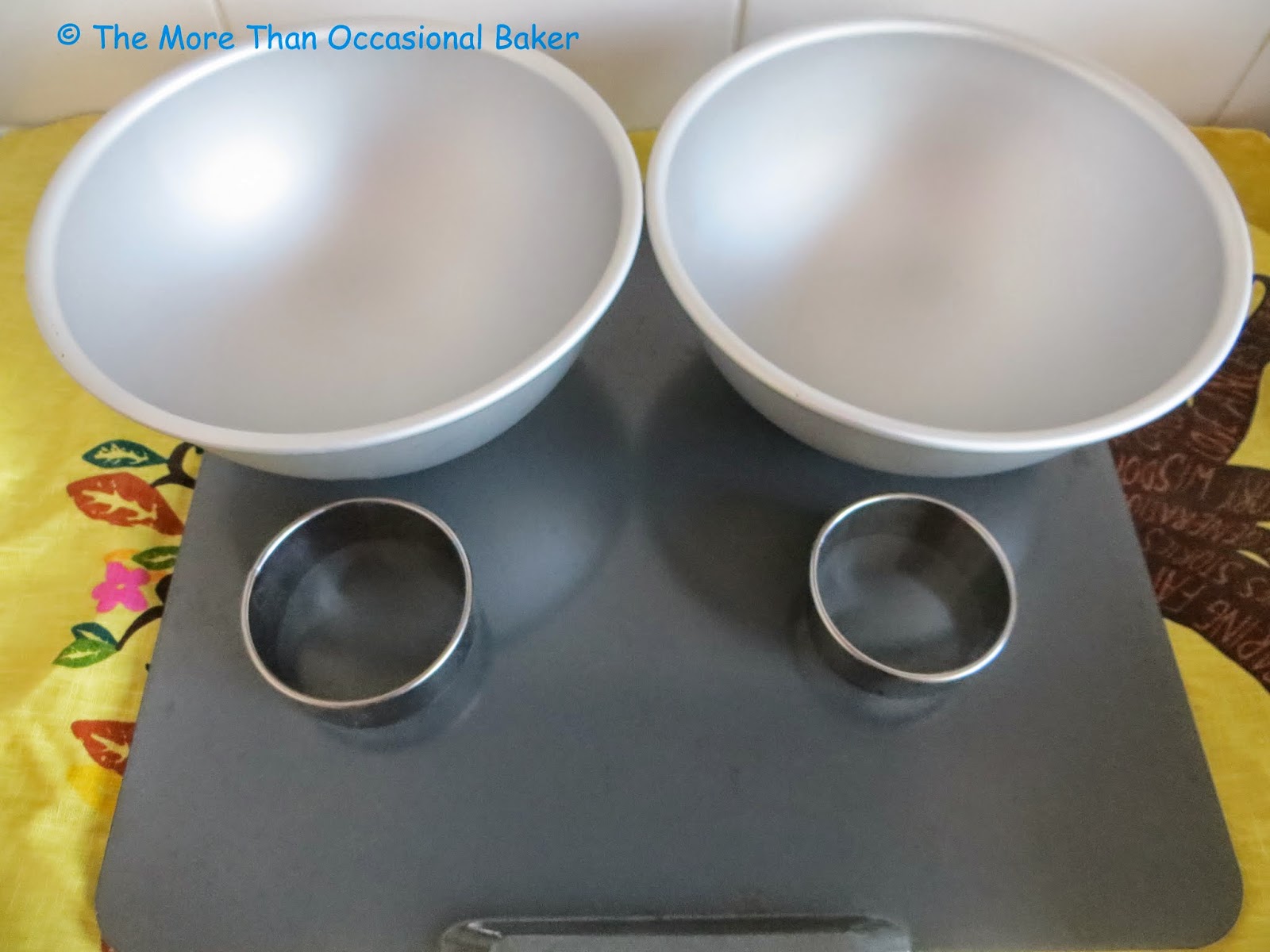 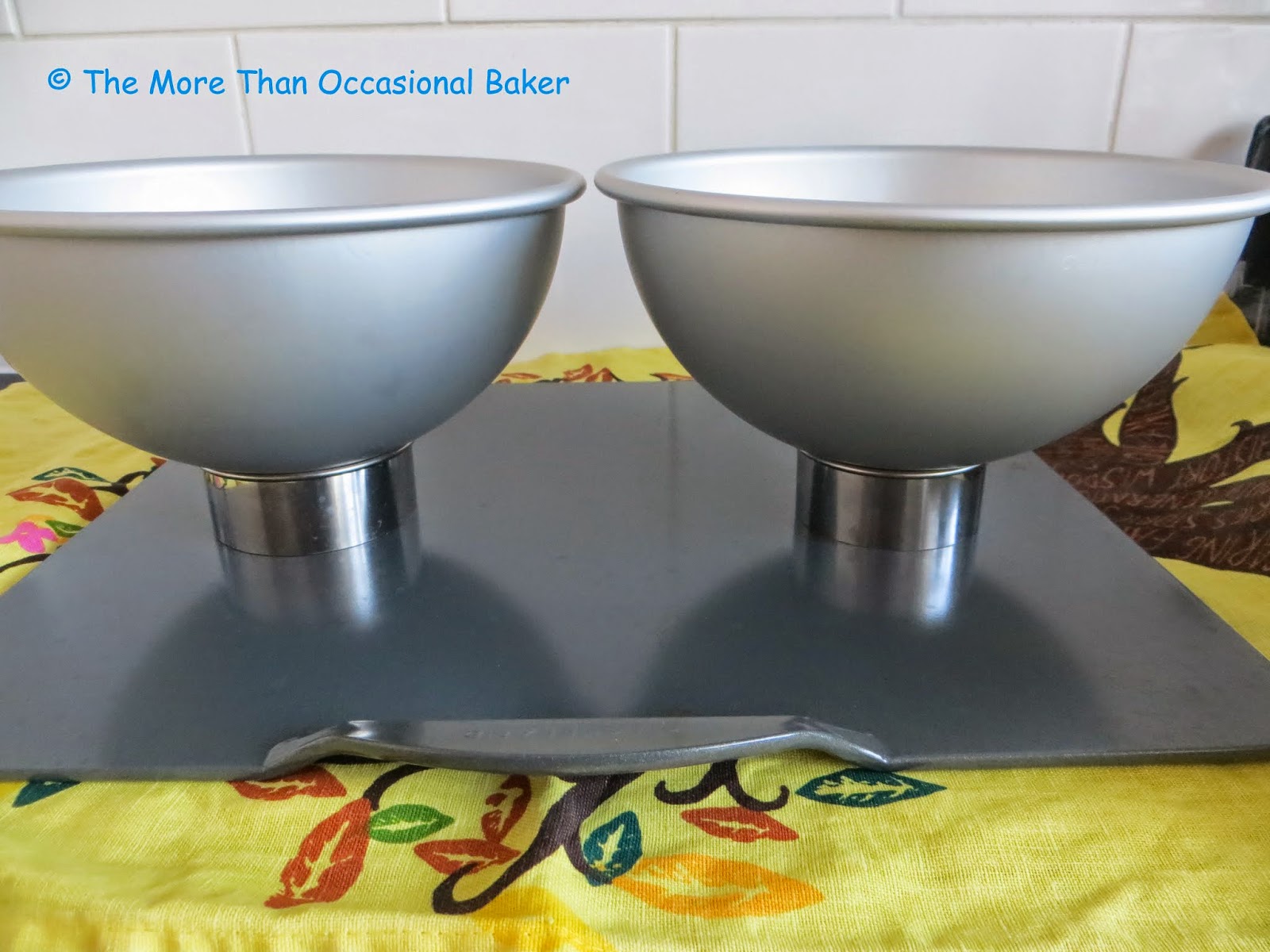 I used round cutters to support the hemisphere tins whilst baking 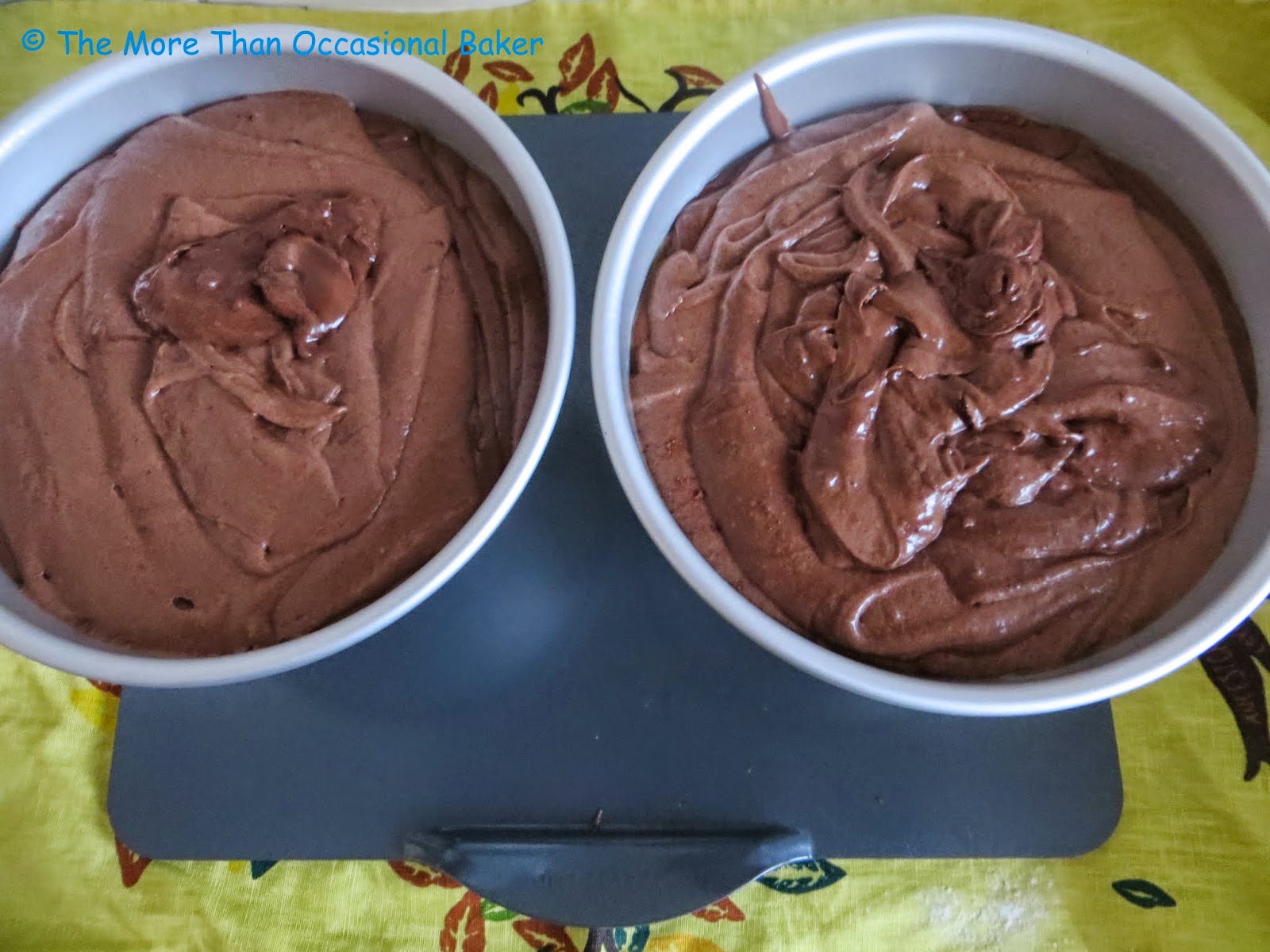 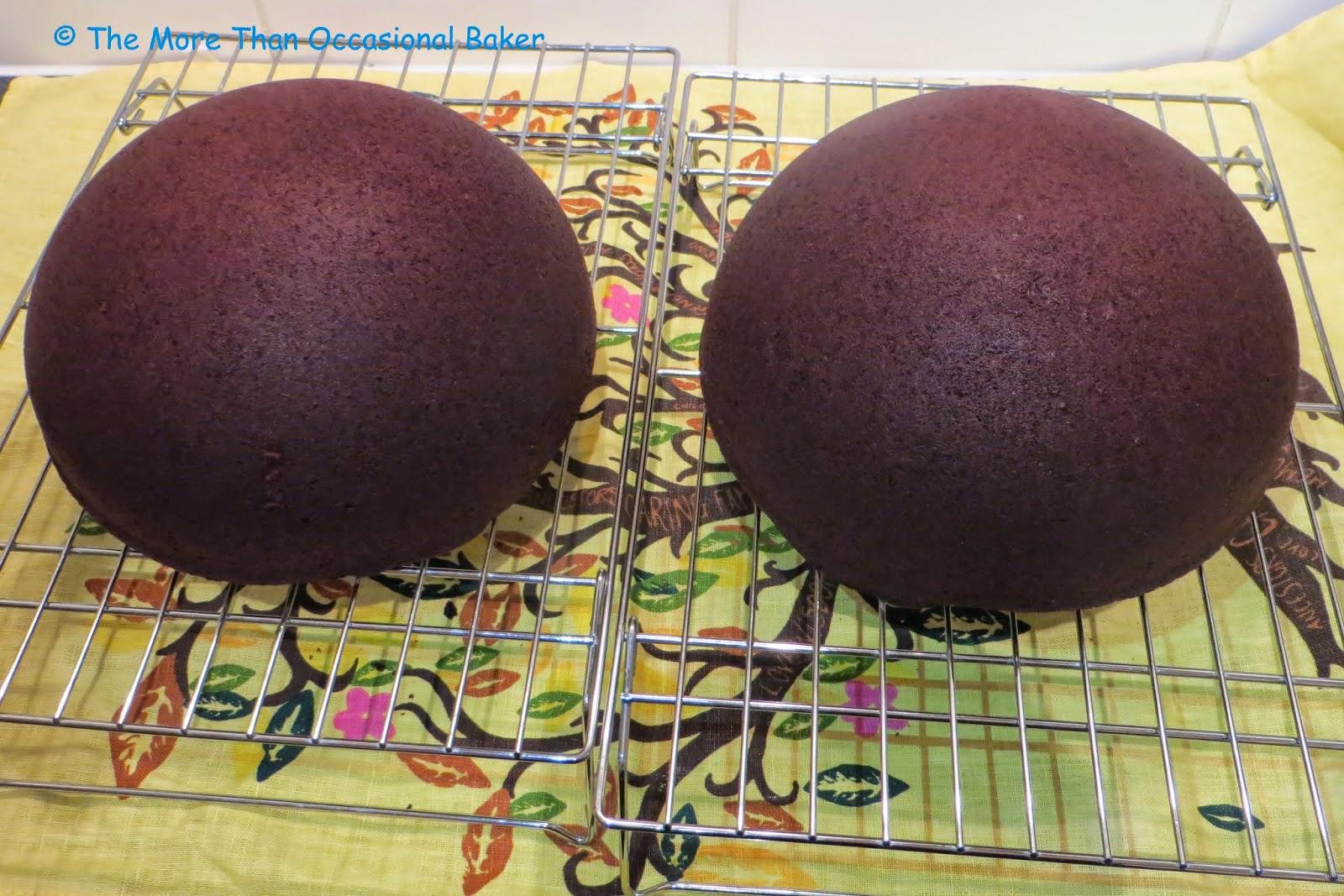 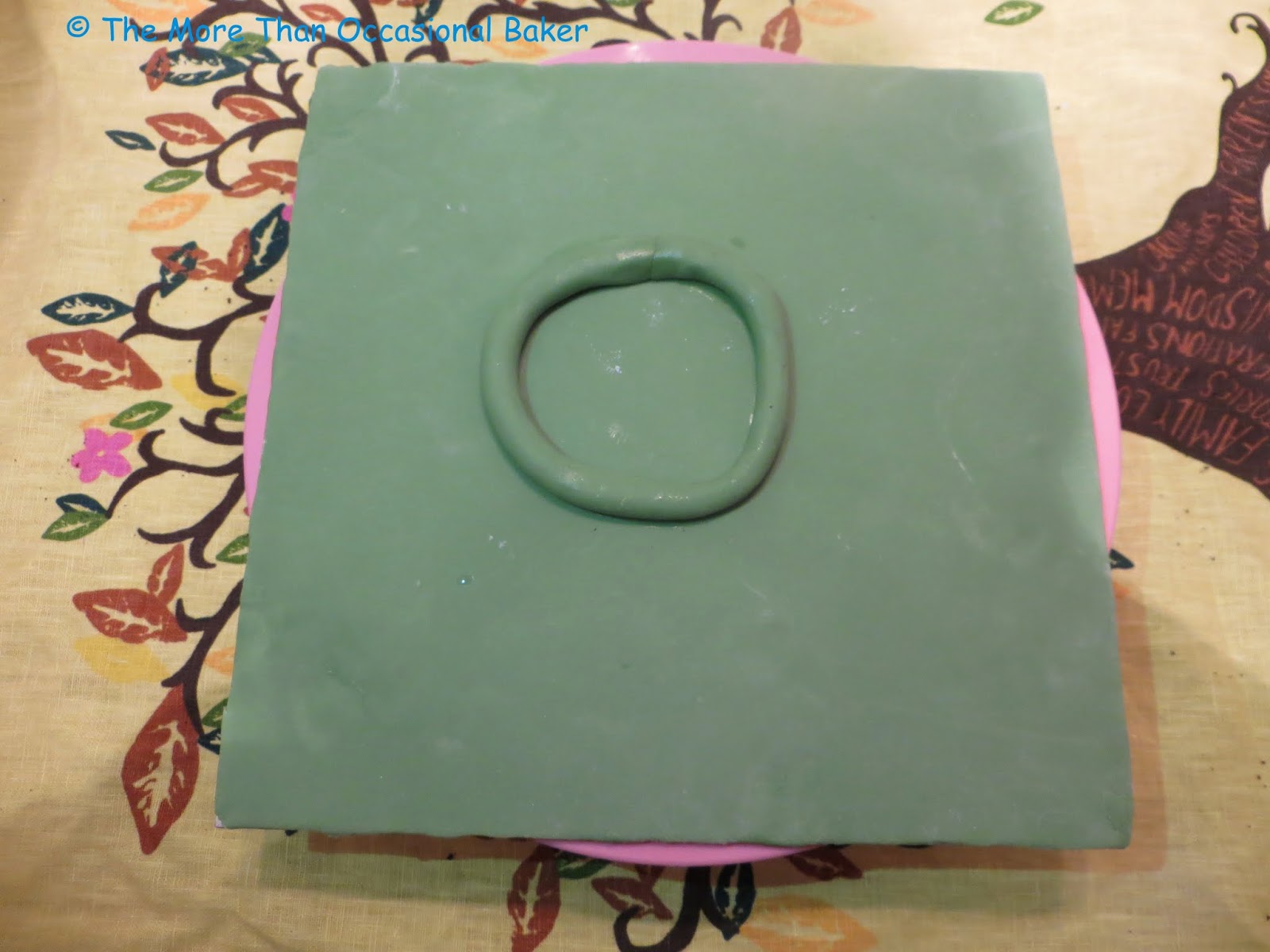 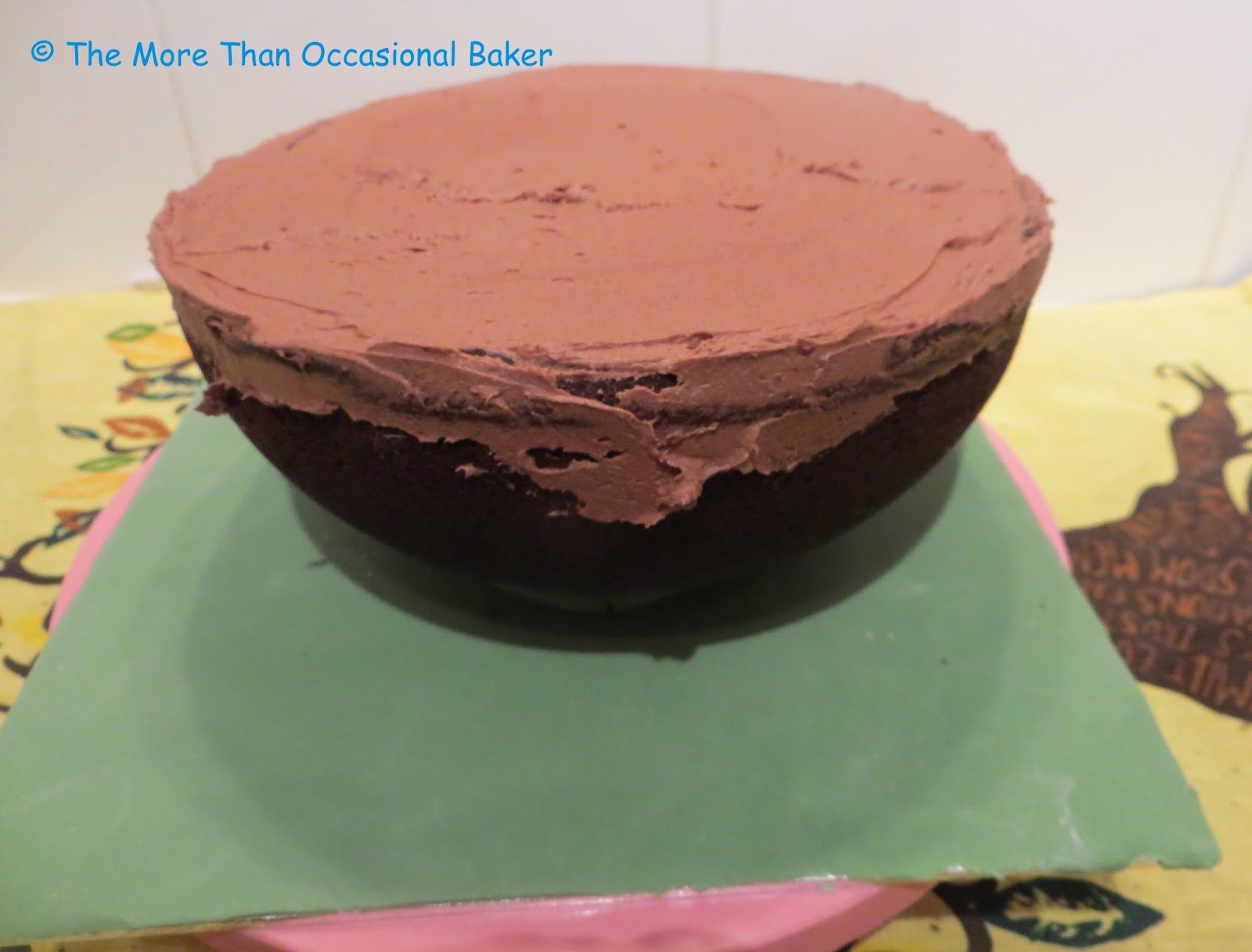 bottom half filled with chocolate buttercream 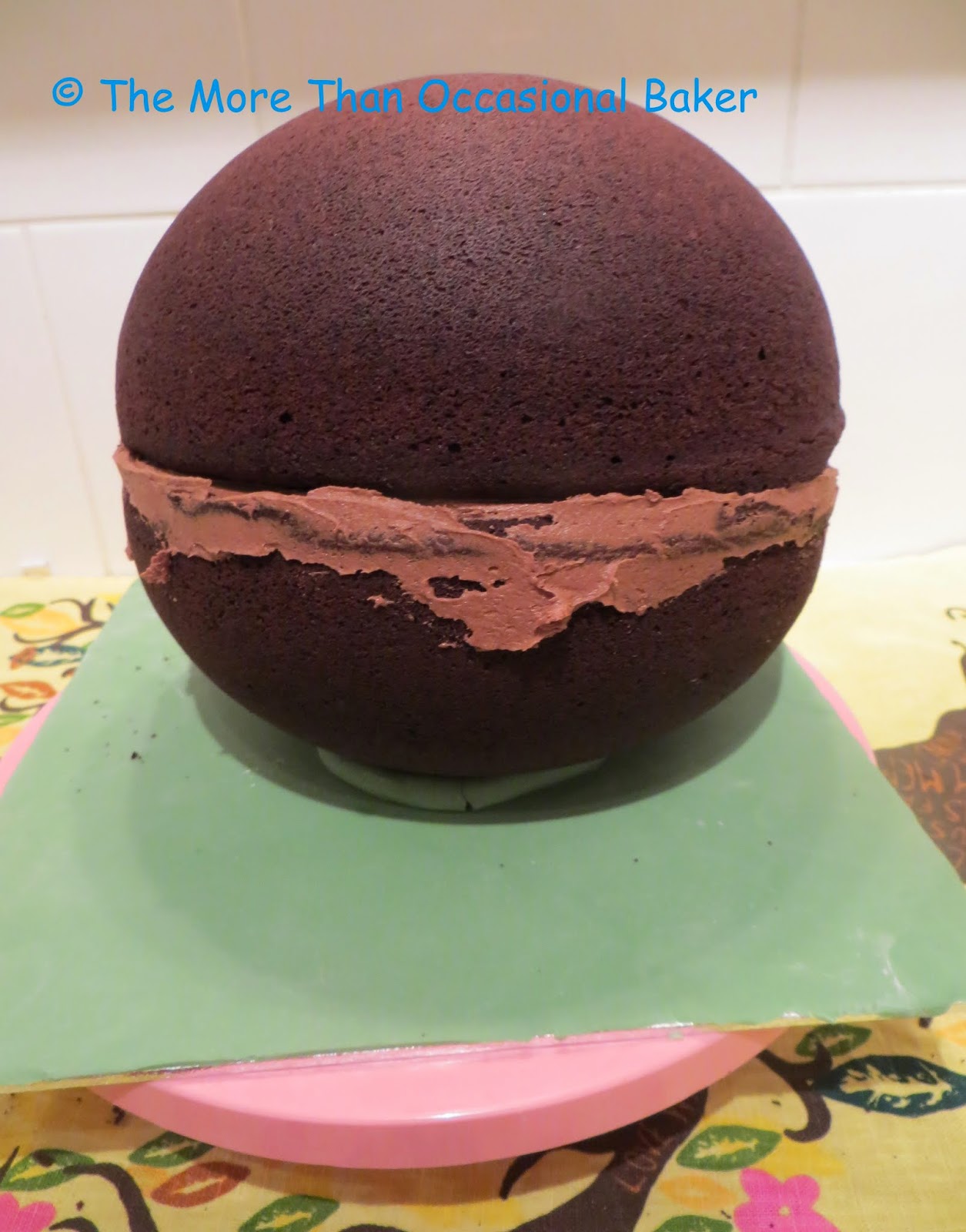 Hurrah - 3D circle which sadly collapsed not long after 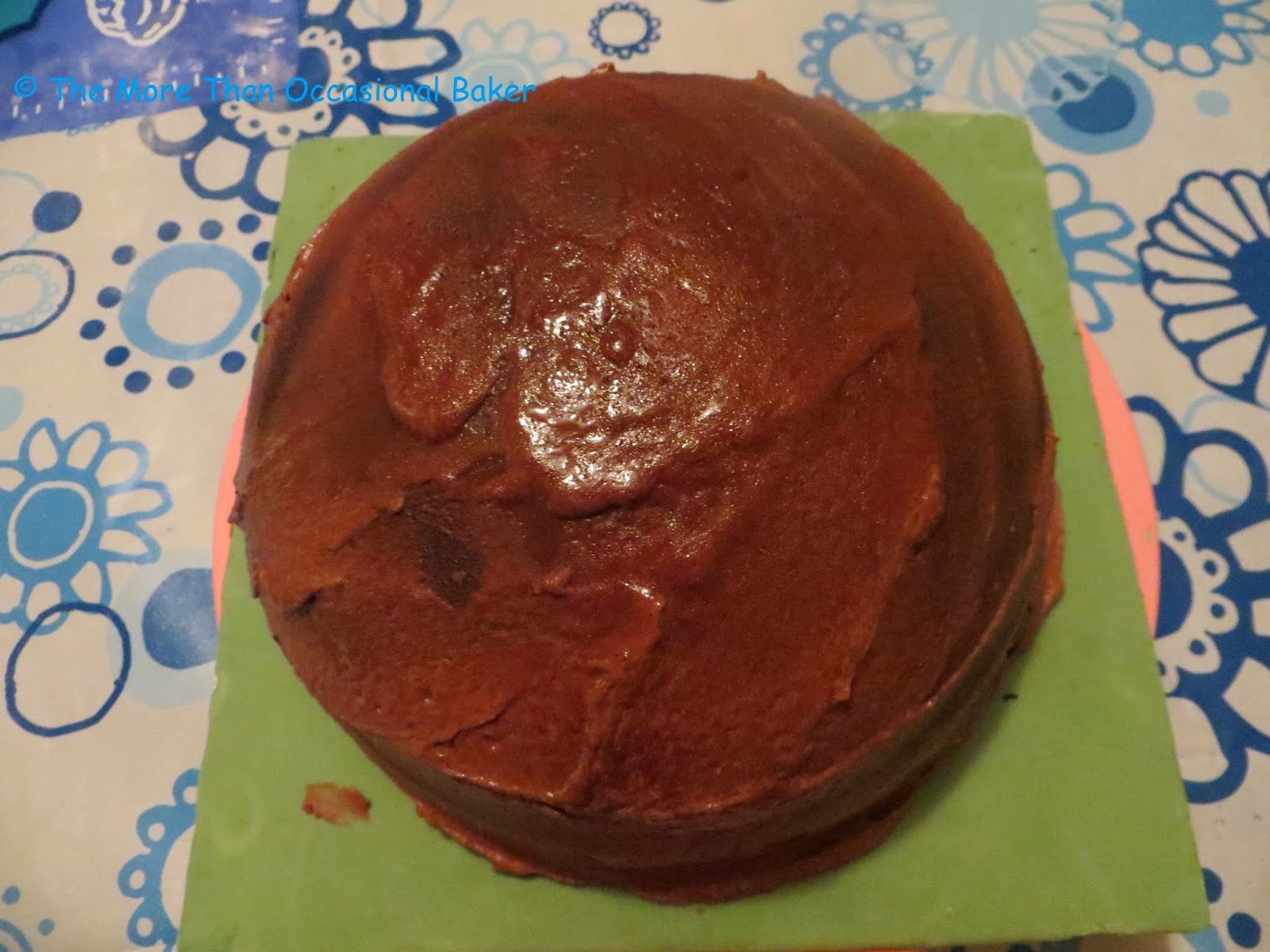 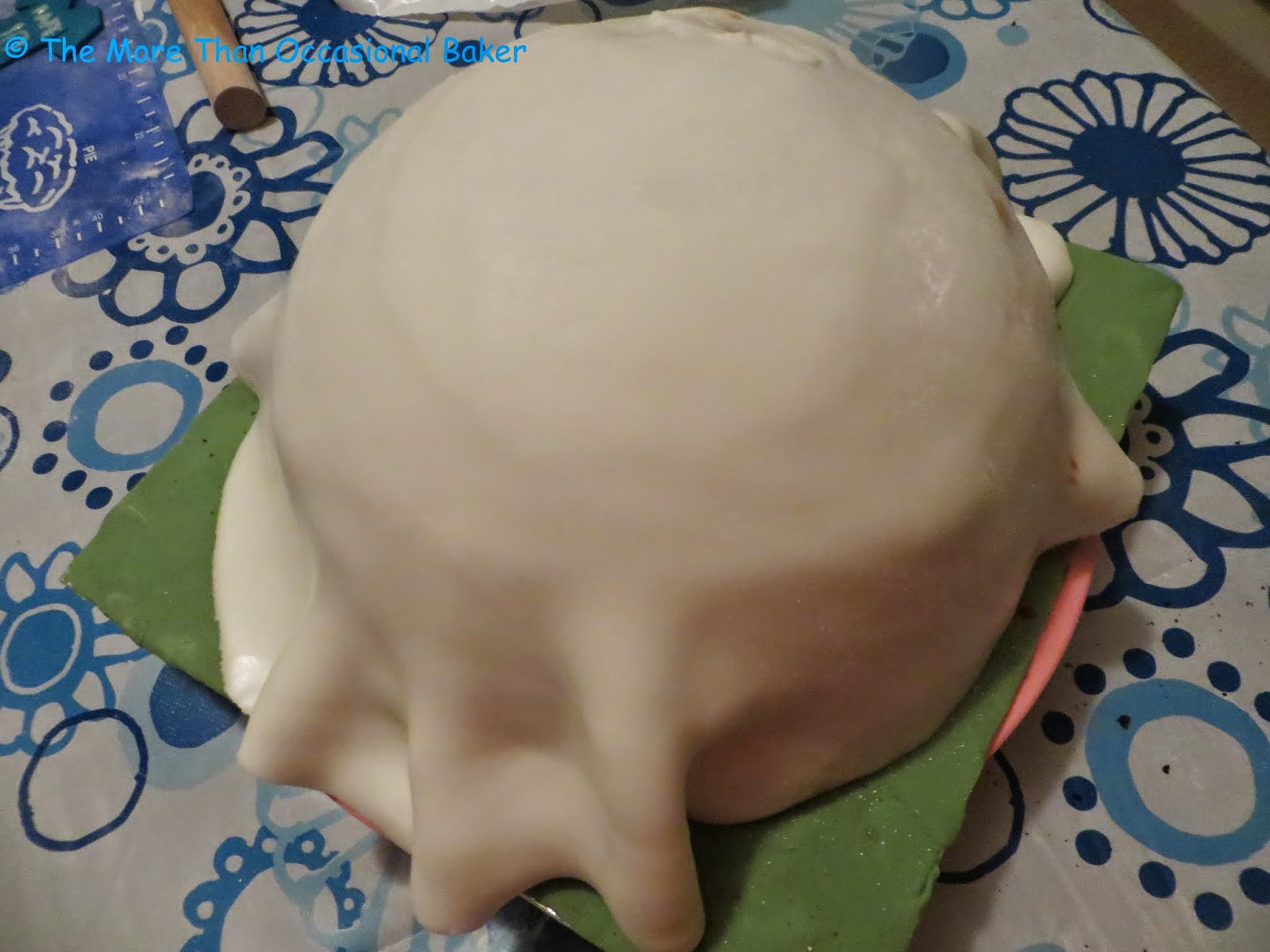 then covered with white fondant icing 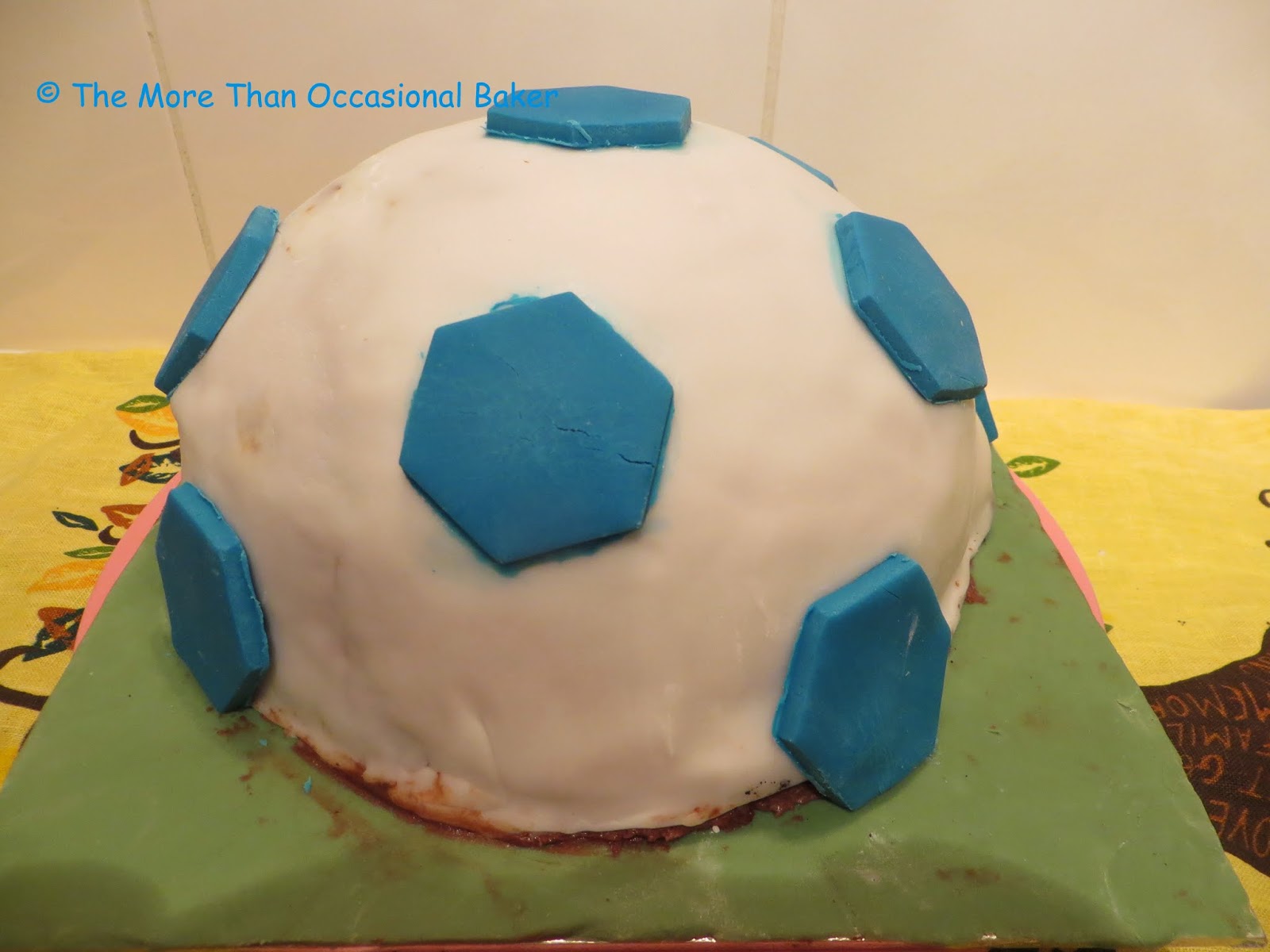