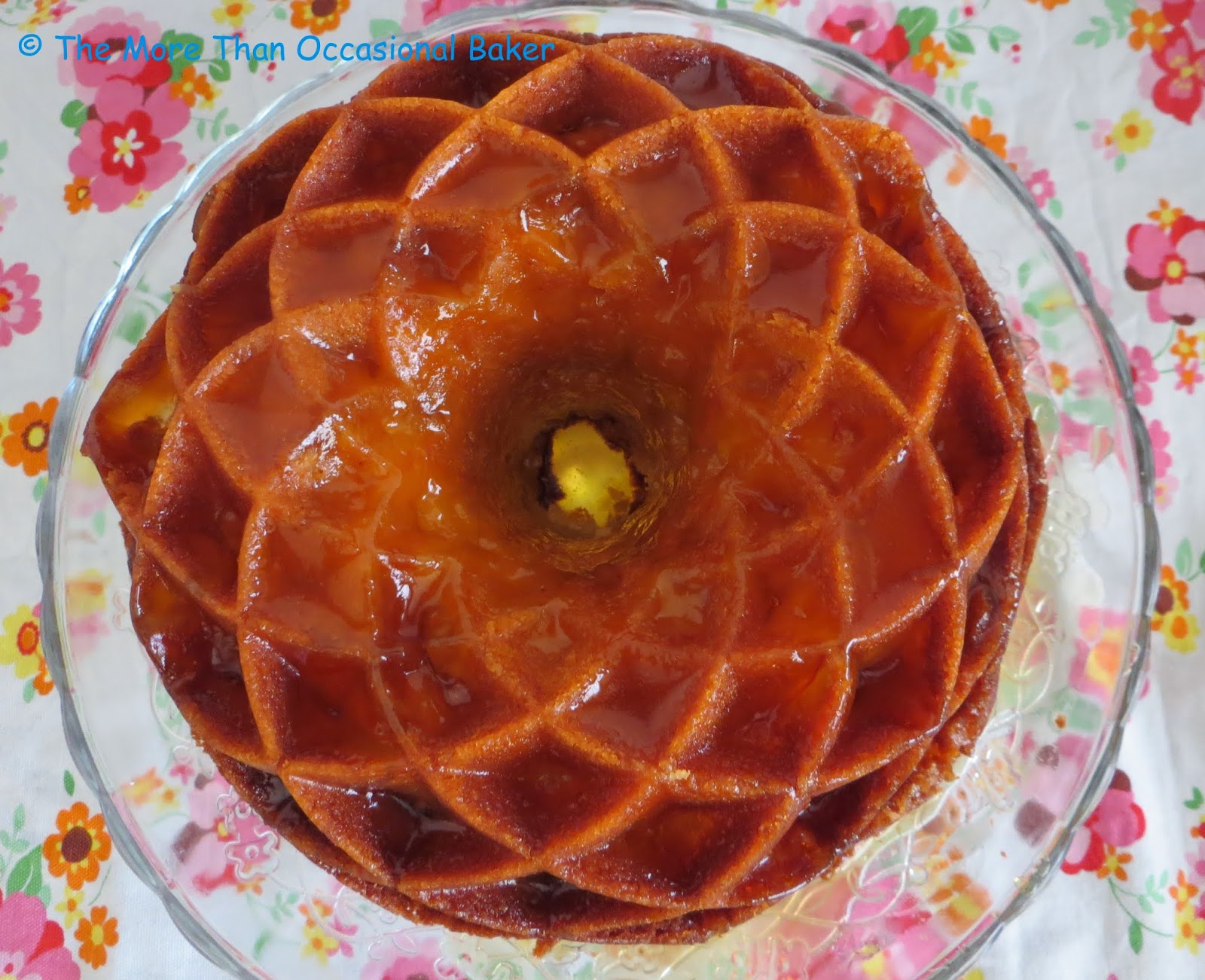 I probably have too many cake tins but I just couldn't resist buying this Nordicware Jubilee Bundt tin to add to my collection. I've had my eye on it for a while and when it was on a special offer I decided it was a sign and I just had to buy it. I have quite a few of their Bundt tins and the cakes always turn out beautifully. The tins are well designed, solid and non stick if you spray it liberally with cake release spray before baking. 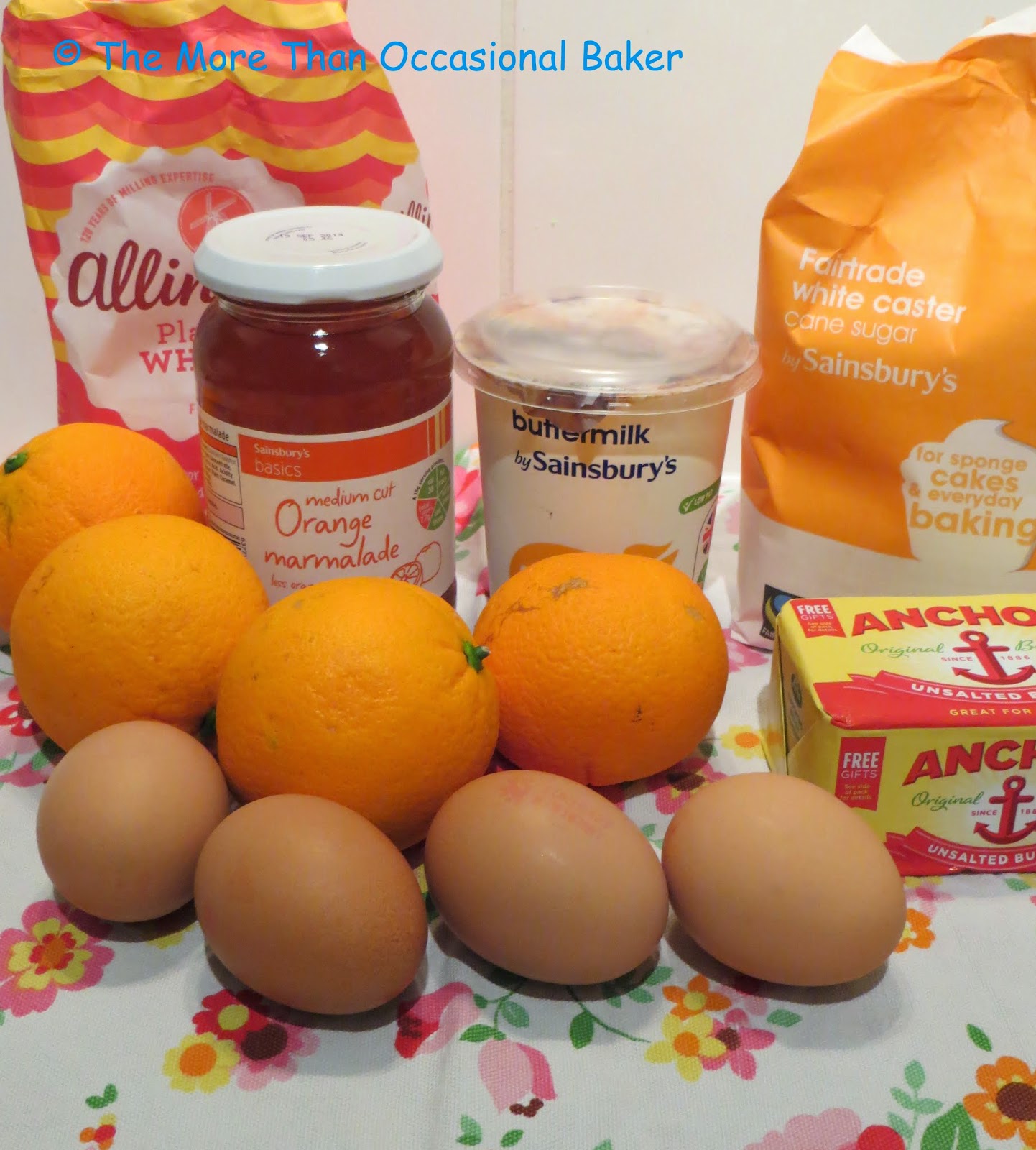 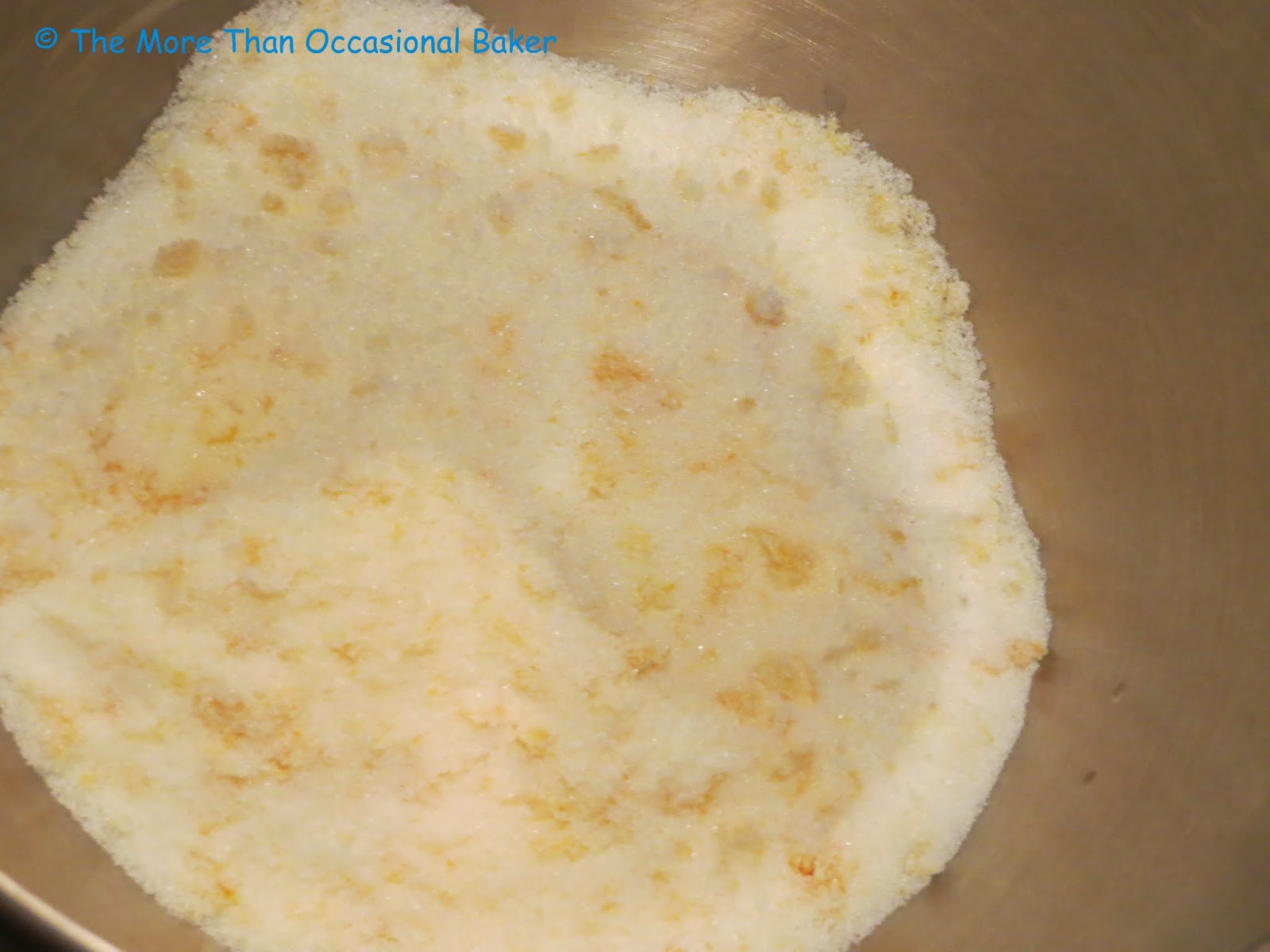 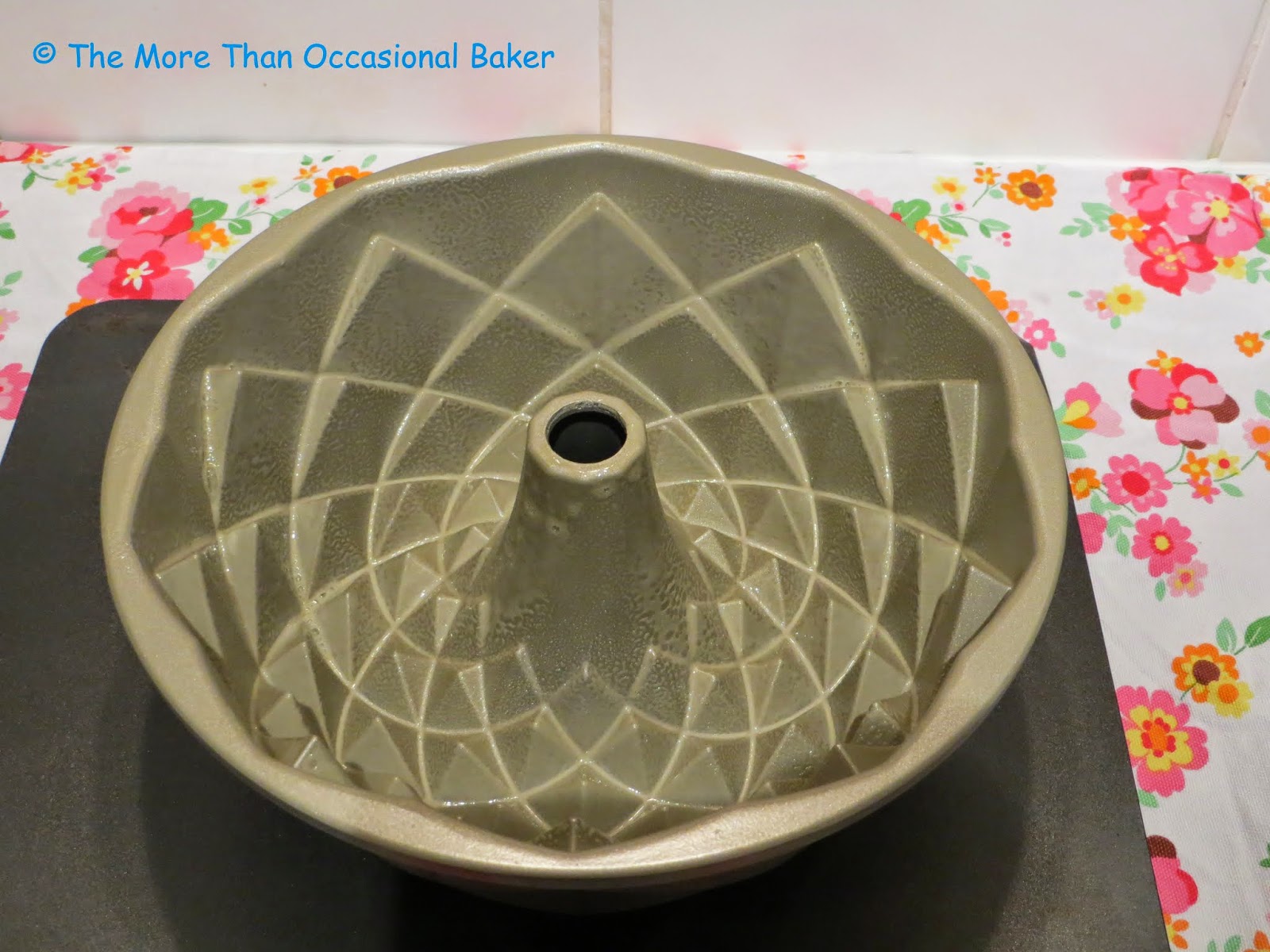 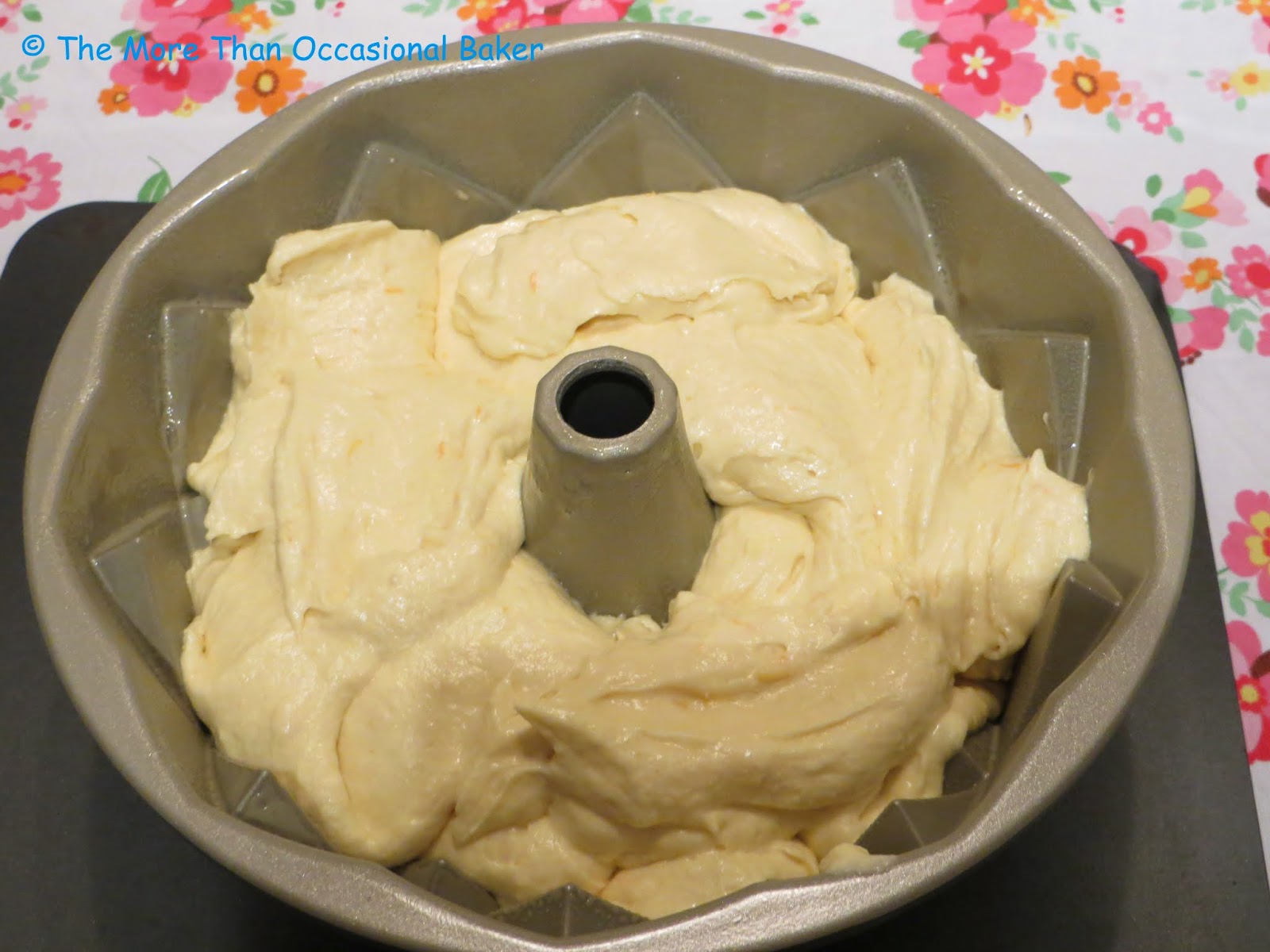 half fill the bundt tin 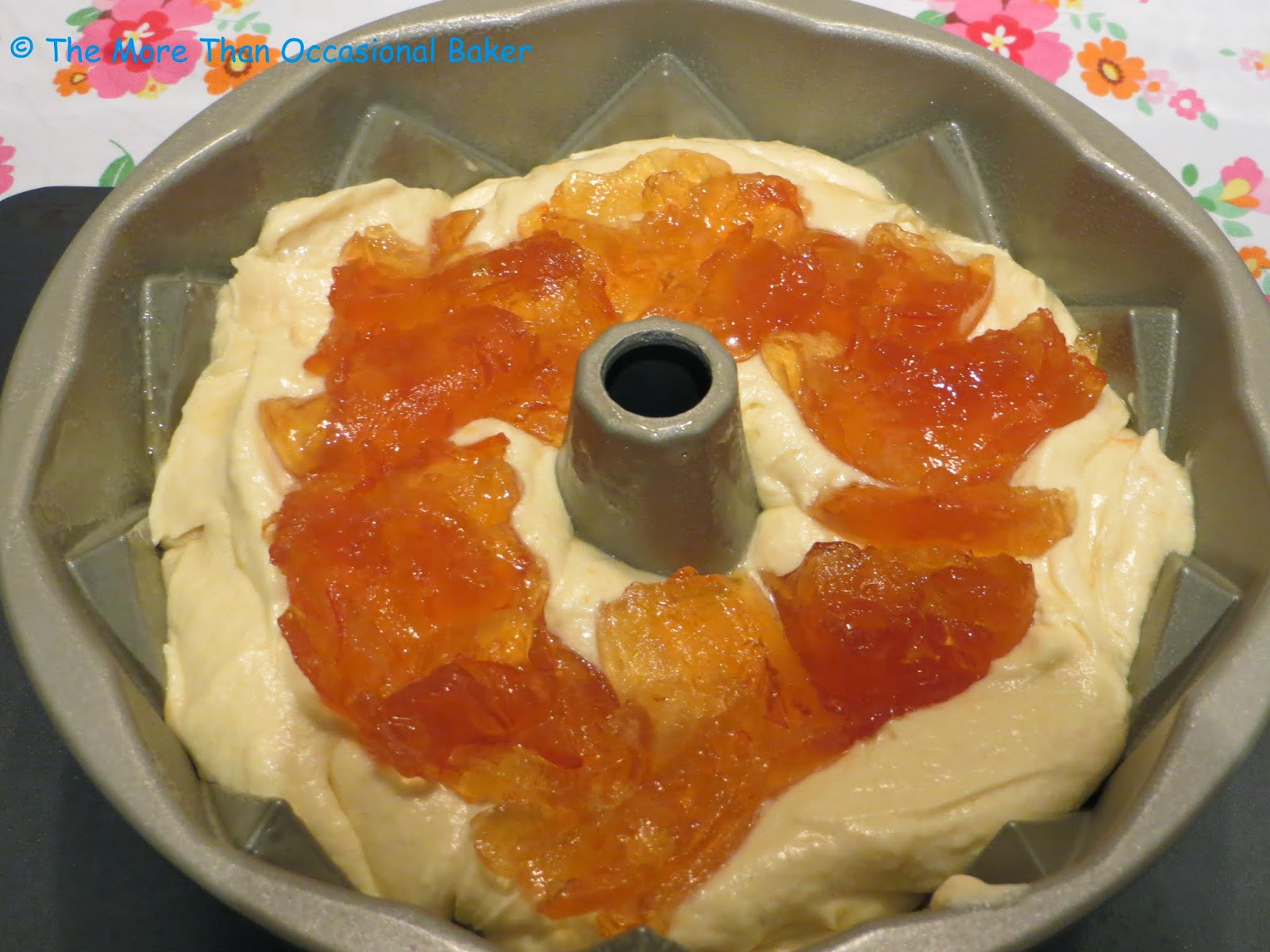 add a layer of marmalade 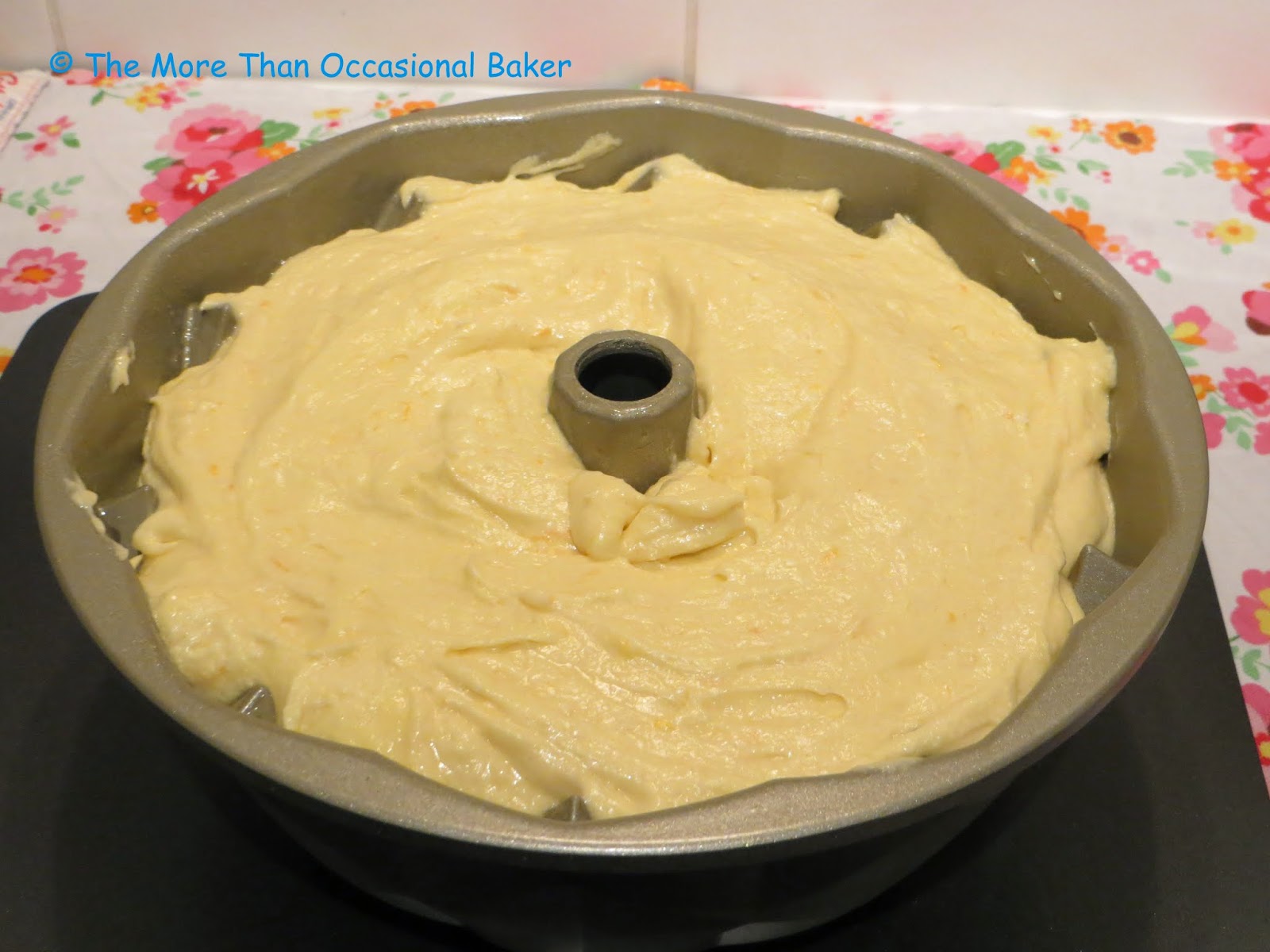 fill with the rest of the cake batter 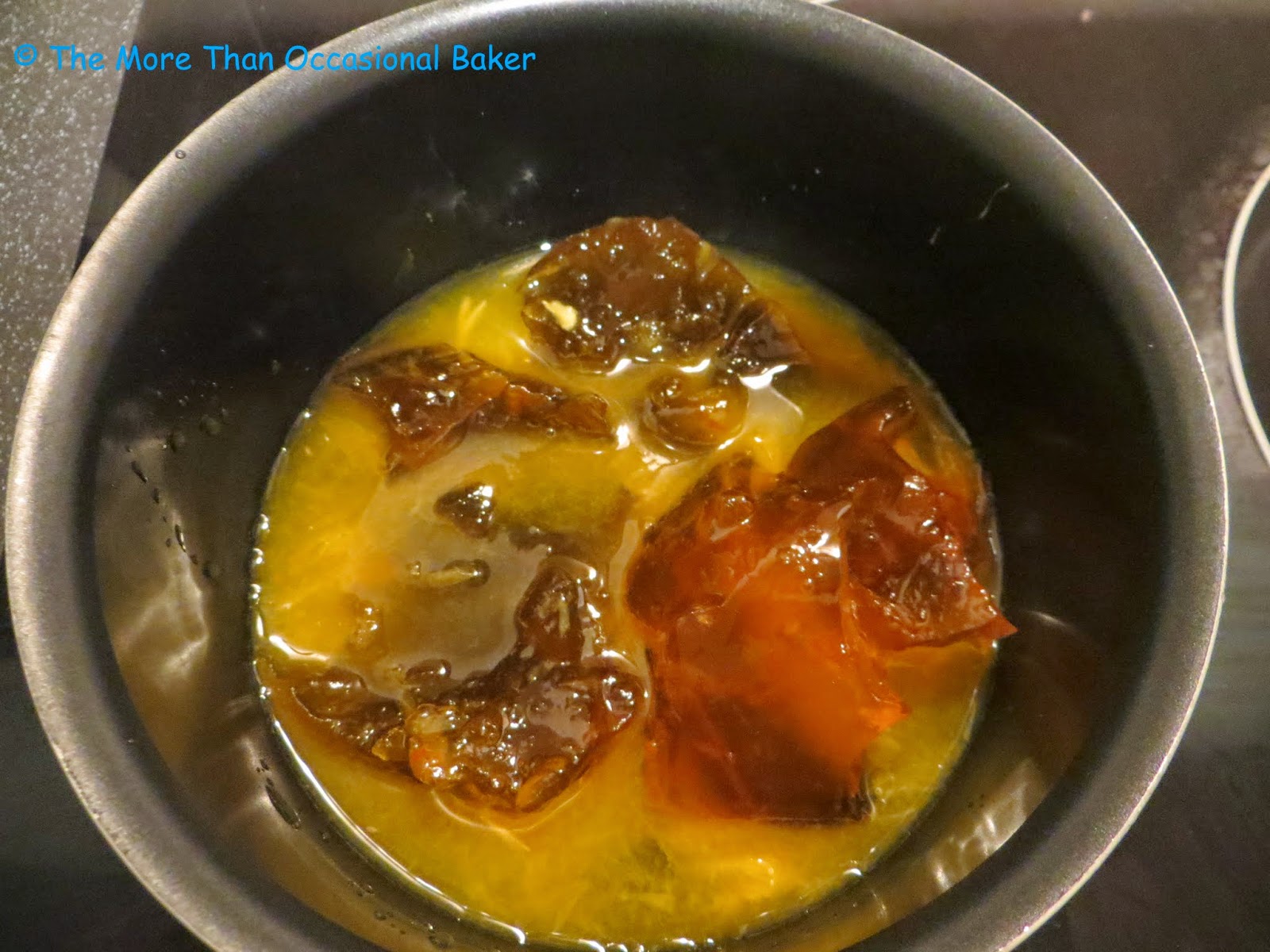 making the marmalade and orange glaze 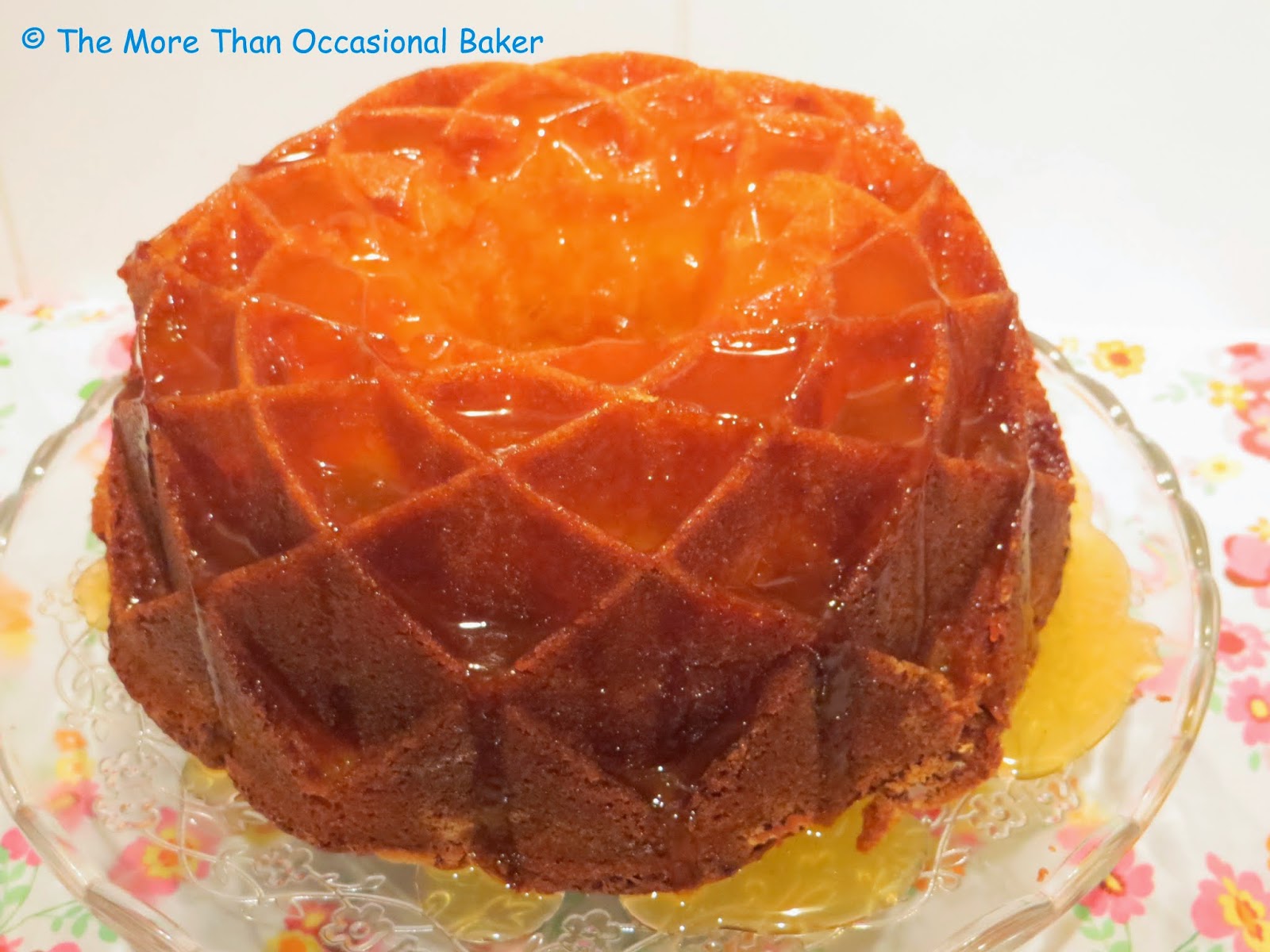 how pretty is that? 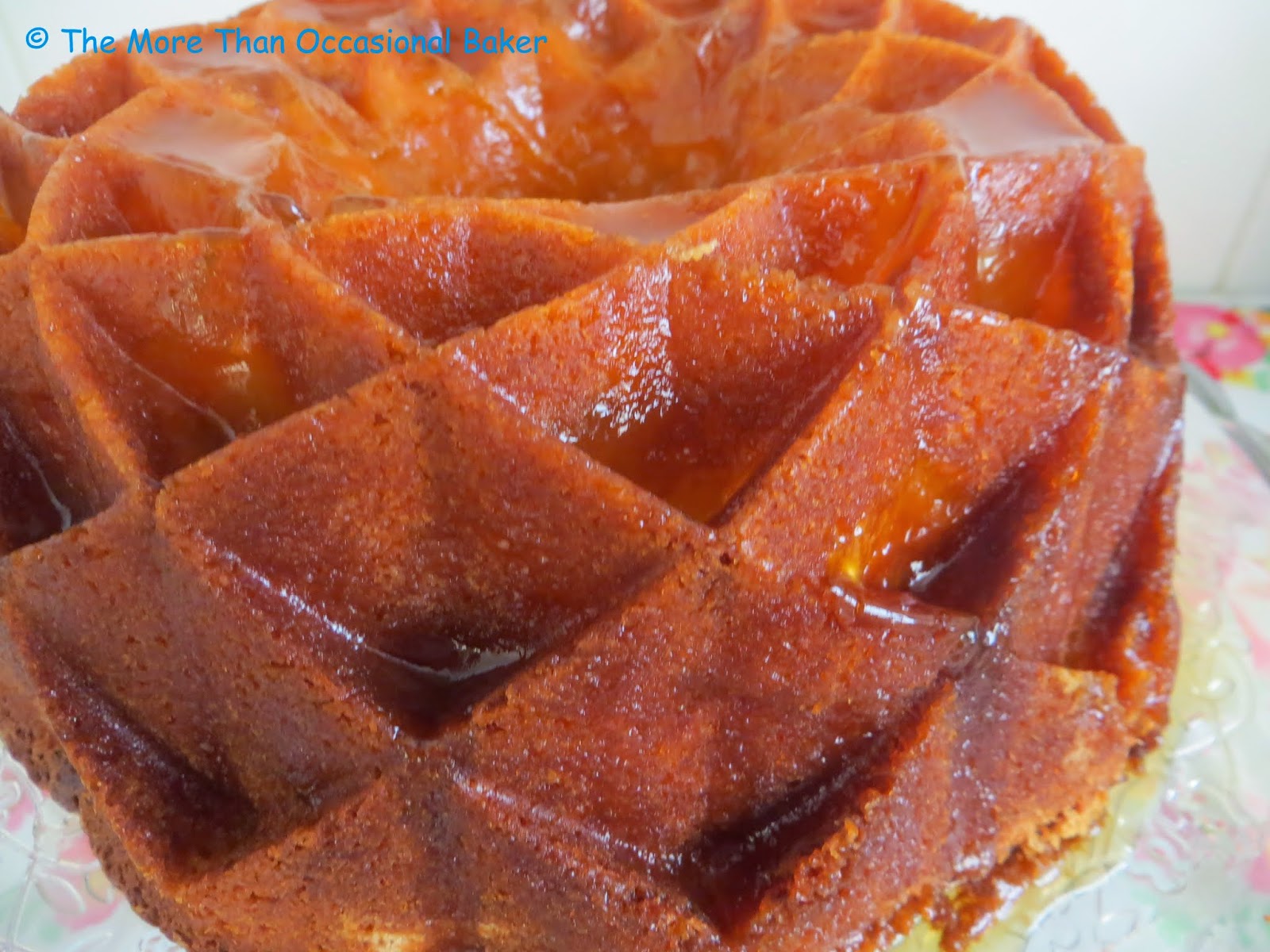 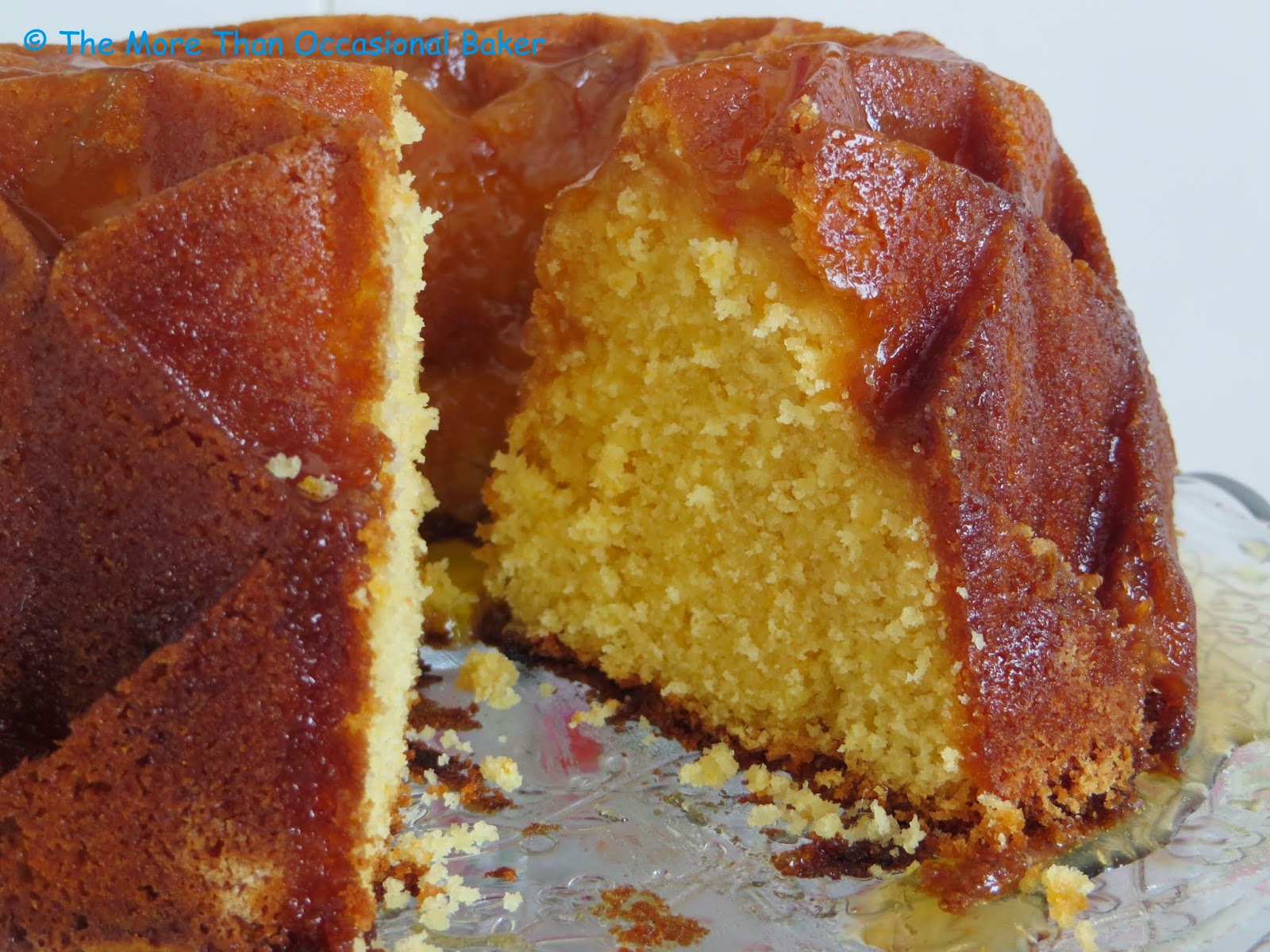 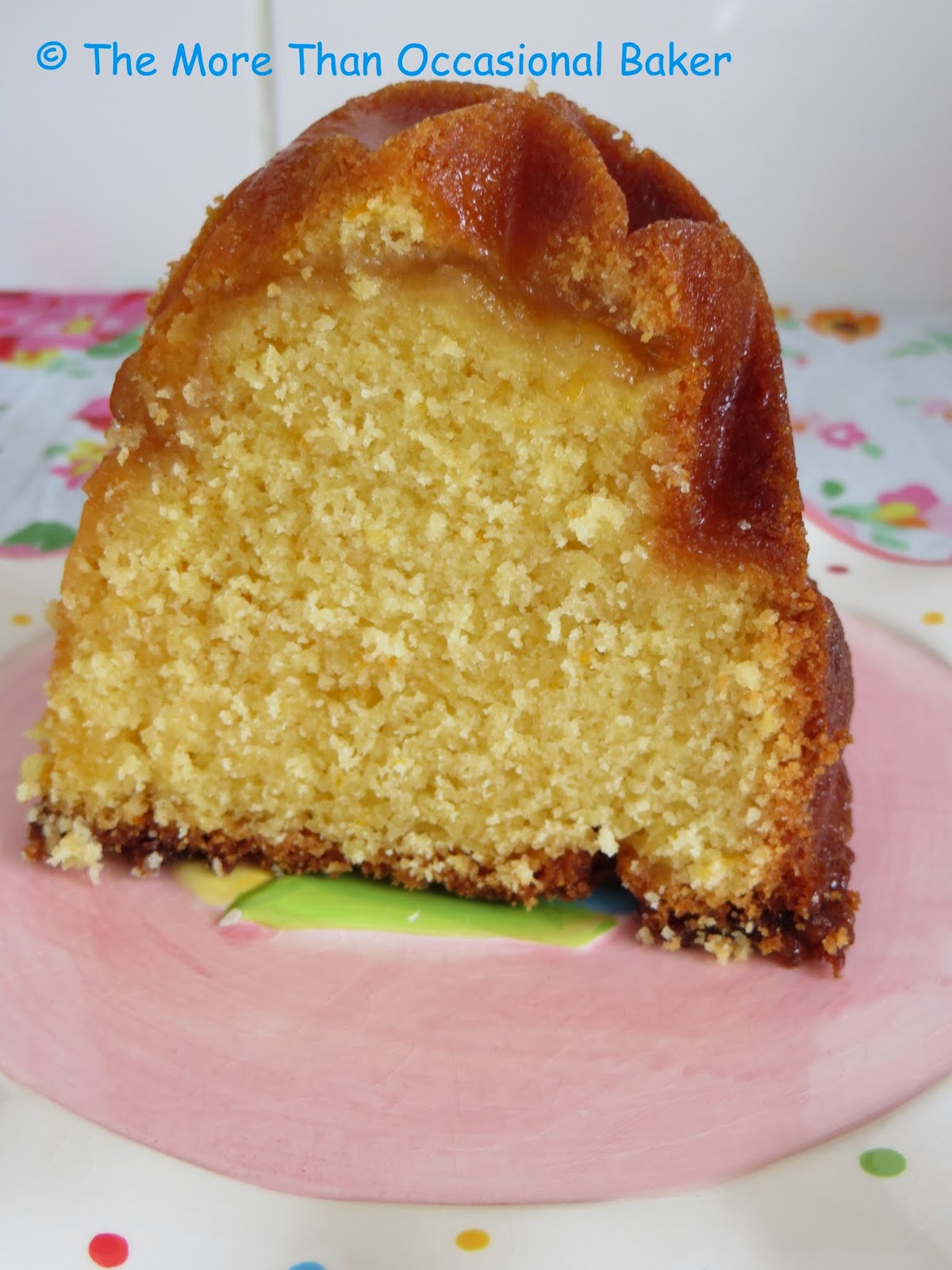