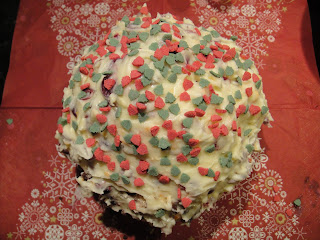 This is a belated Christmas post. I decided to make a variation on the chocolate chestnut cake I made last year but made the same cranberry filling. I also made a plain chocolate version as I ran out of chestnuts! I could not believe how difficult it was to find chestnut puree this year. So I decided to make my own... bit of a nightmare peeling all those chestnuts but I got there in the end! The recipe I used is actually for a truffle cake so it was really soft and gooey. It's not very pleasing to the eye but let me reassure you that it was delicious! Very rich and decadent. Probably not the best idea to make it into a giant cupcake though. Next time I'd make the plain chocolate cupcake in a giant mould and the chestnut cakes as regular sized cupcakes. 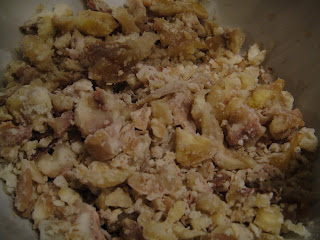 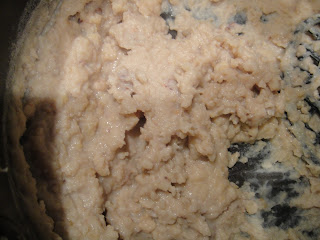 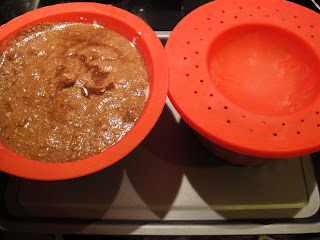 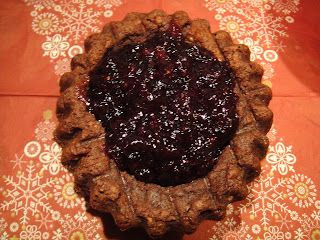 cranberry filling in the middle 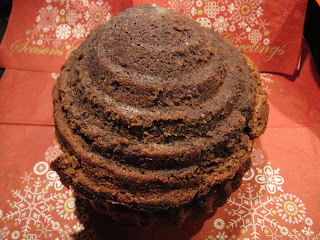 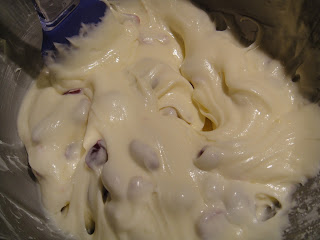 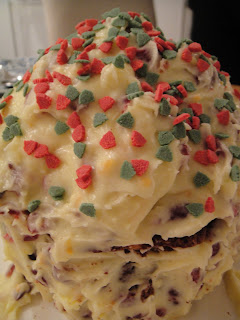 giant cupcake which I didn't have time to frost properly! 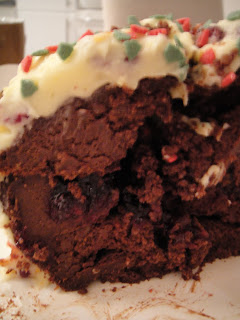 cake was really soft and crumbly 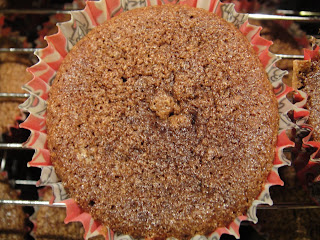 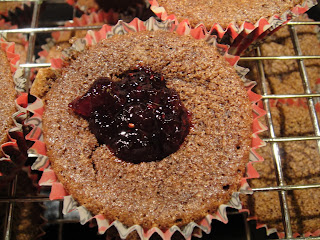 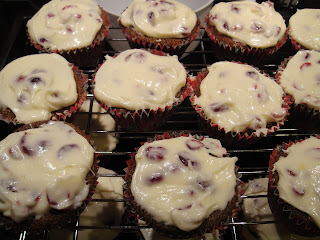 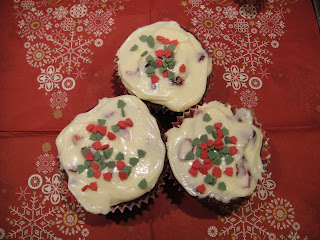