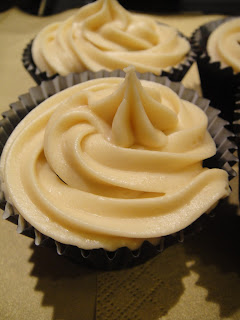 Happy New Year 2011!! Hope everyone had a good time. Incidentally my blog is also 1 year old today so happy birthday to my blog :) Lots of reasons to celebrate.

I went to a fabulous New Years Eve party and made some boozy cupcakes for the occasion.  I decided on a slightly Irish theme - Guinness cupcakes with Baileys ganache filling topped with Baileys buttercream icing! I had lots of ganache left over so I rolled those into little truffle balls.  I have to admit that I didn't follow the recipe exactly when measuring the Baileys. I just kept pouring until it looked about right! The Baileys is quite strong in the ganache and icing but I don't think anyone got drunk on my cakes! The guinness cake was quite dense and you can't really taste the Guinness in it.  I made a batch of vanilla cupcakes today to go with the leftover Baileys frosting which works better as the frosting by itself is delicious.
Here's to another year of fabulous baking. Thank you everyone for reading, commenting and/or stopping by. I hope 2011 brings you everything you wish for and more. 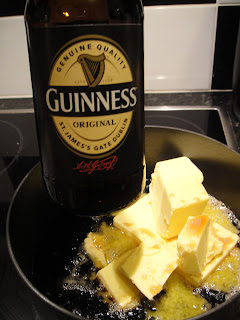 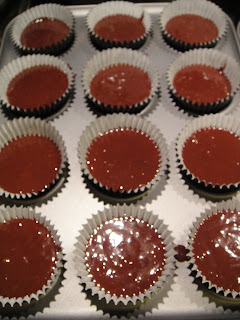 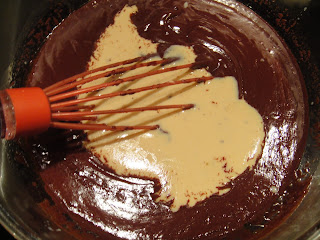 adding Baileys to the chocolate ganache - i used a 'glug' method! 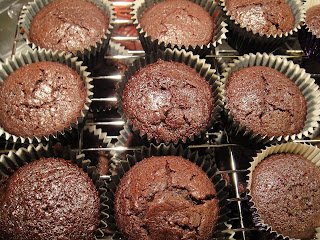 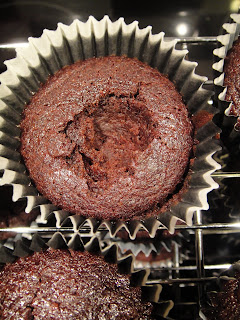 make a hole in the centre of the cake 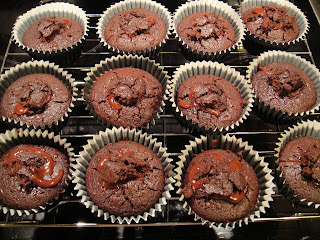 fill with ganache and replace the cover 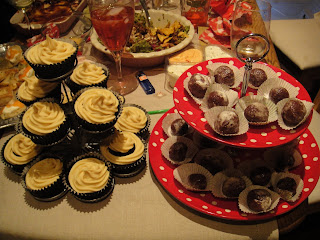 cakes and truffles at the party 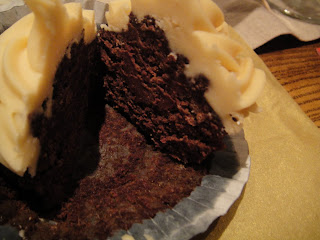