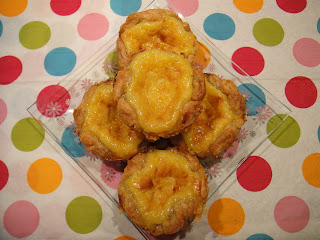 Portuguese egg tarts were evolved from "pastel de nata", a traditional Portuguese custard pastry that consists of custard in a crème brûlée-like consistency caramelized in a puff pastry case. It was created more than 200 years ago by Catholic Sisters at Jerónimos Monastery (Portuguese:Mosteiro dos Jerónimos) at Belém in Lisbon. Casa Pastéis de Belém was the first pastry shop outside of the convent to sell this pastry in 1837. I remember having these in Lisbon and they were amazing!! I have tried to re-create it at home but it's not quite the same.  However, it's good enough to fill the void :) Plus you can make almond biscotti with the leftover egg whites! 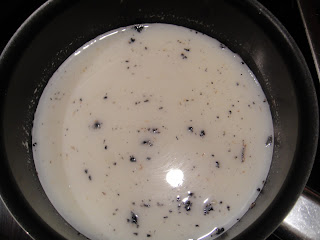 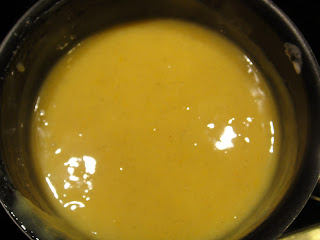 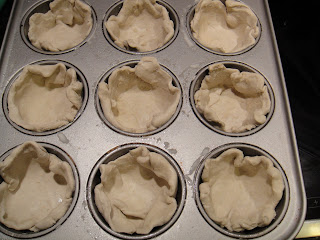 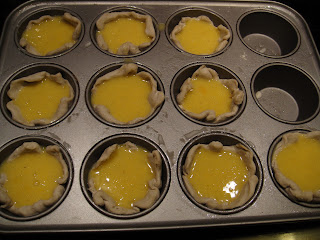 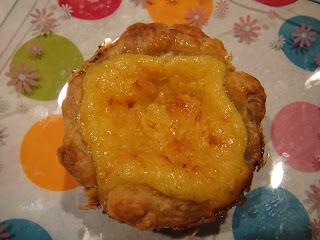