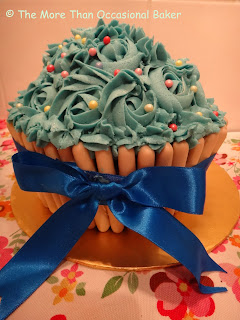 Hi everyone, sorry for the long absence. It's been quite hectic getting used to a new place and a new job.  It's also hard to bake when most of my stuff is still in boxes! I was asked by a friend to make a special cupcake for a colleague who just had a baby boy. Of course I couldn't say no and it gave me an incentive to unpack some of my kitchen boxes. The request was for a giant vanilla raspberry cupcake but as it's for a baby boy, I suggested blueberries. I also decided to try out using white chocolate fingers to decorate the base which worked really well. I hope the recipients enjoyed the cake - congratulations on the new arrival!

I used the same recipe as my giant vanilla raspberry cupcake but substituted the raspberries with blueberries. There was some extra batter left so I baked it and got to try some of the cake. It was light, moist and full of berries. I'll definitely be making this cake again in a regular cake tin! I was really pleased with how the giant cupcake turned out - my best effort so far at decorating them :) I have been busy baking ever since so will try to post daily or every two days this week.... the bakingaddict is back! 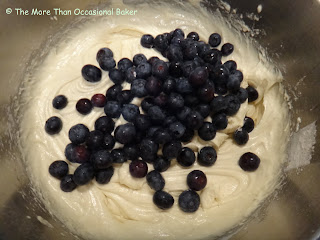 adding gorgeous blueberries to the mix 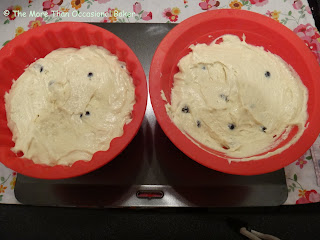 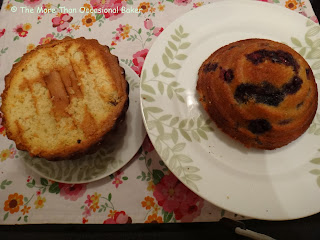 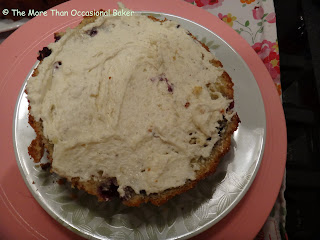 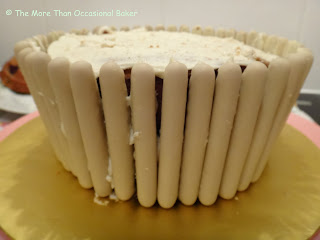 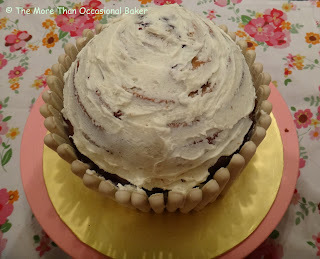 This is what it looks like with a crumb coating on top. 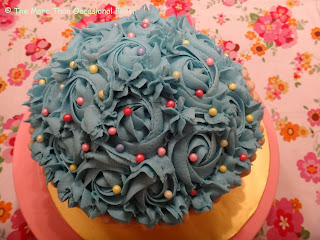