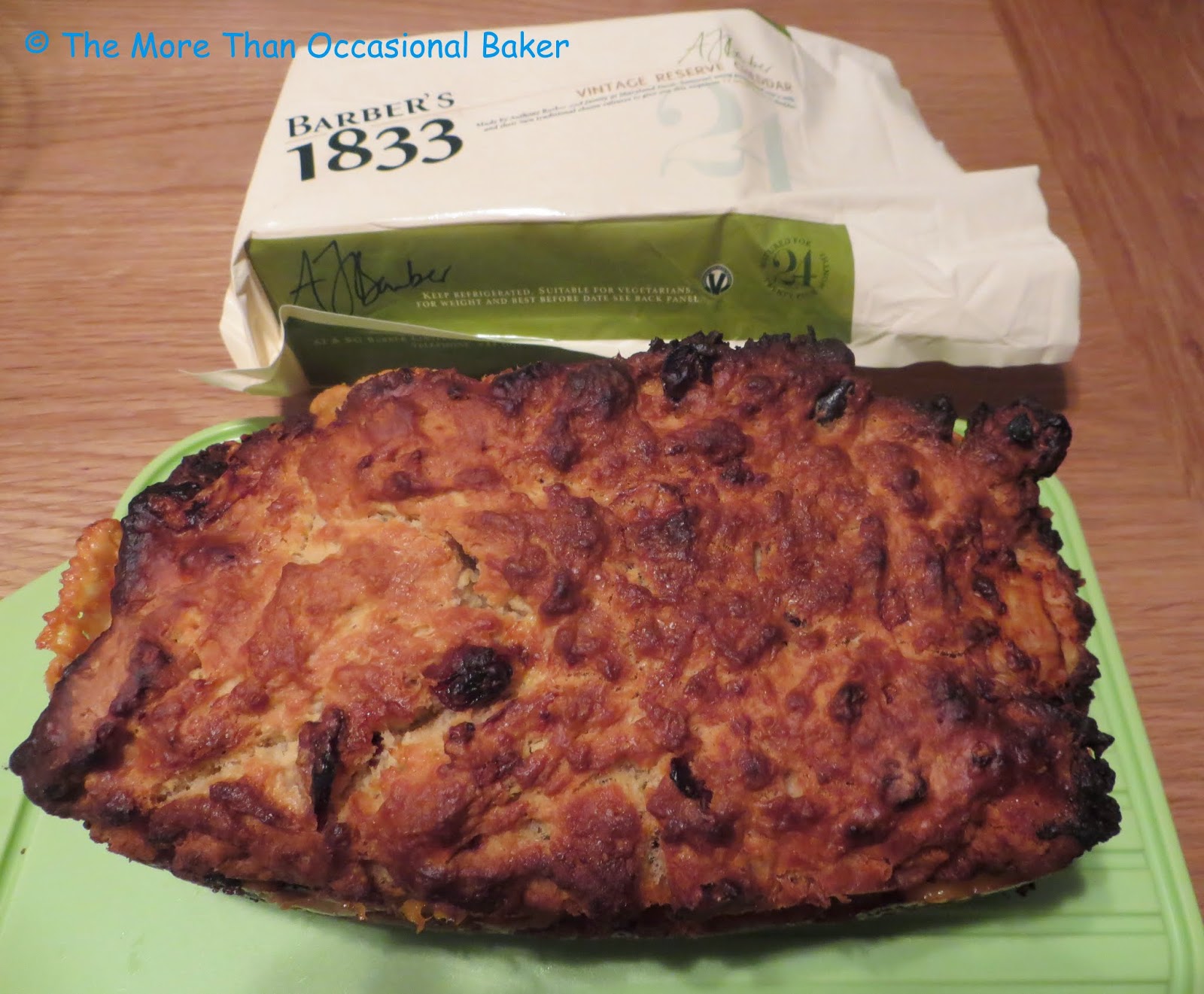 Recently I was invited to the BBC Good Food Show by Barber's Cheesemakers. I had the opportunity to meet with Charlie Barber where he told us about the history of Barber's cheese, how to judge a cheese award and anything you want to know about cheese but were too afraid to ask! 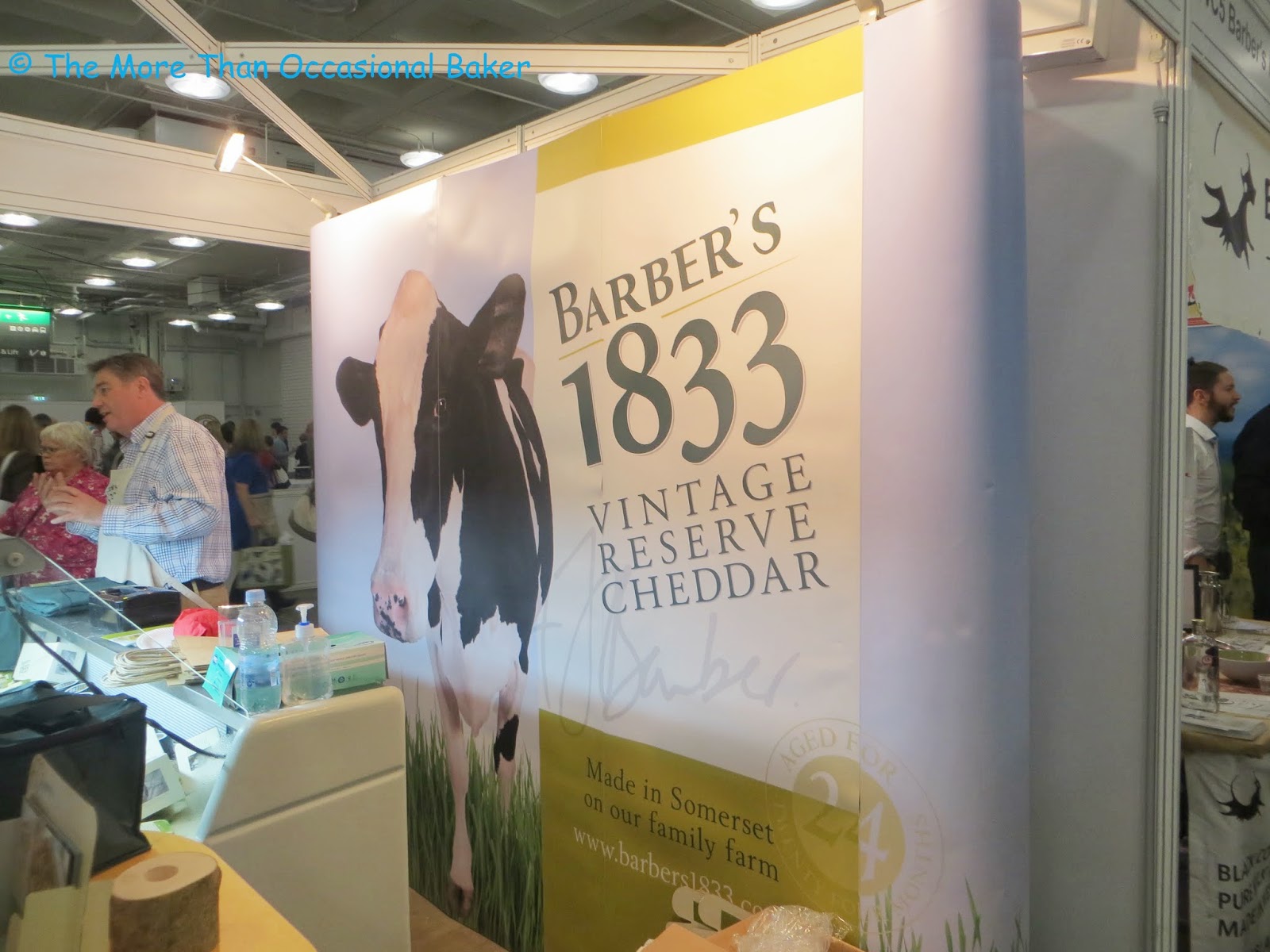 The Barber family have been farming and making cheese at Maryland Farm in Ditcheat, Somerset since 1833. AJ & RG Barber is run by cousins Anthony, Chris, Charlie and Giles Barber, the sixth generation of the Barber family, and many other family members are still involved. Today the Barber farms comprise 2500 acres of prime Somerset dairy land and are home to some 2,000 dairy cows.

Charlie told us how they created their own specialist laboratory with their own microbiologist to grow their own natural starter cultures. These cultures are the friendly bacteria added to the milk to start the cheesemaking process and are the most important ingredient in creating the flavour and character of the finished cheese. Most cheesemakers nowadays use freeze dried starters and they are the only cheesemakers that currently make their own natural starters. They also supply the starters to artisan cheesemakers. They believe that it's the natural cultures that give their cheese a unique complexity of flavours and it's honourable that they are keeping this tradition alive.

We got to taste their signature cheddar cheese, cave aged cheddar, smoked cheese and goat's cheese. We were also introduced to his cousin who gave us a sample of Black Cow Vodka - vodka made from milk of their cows. It has a clean taste at the front and a subtle dairy taste at the end. 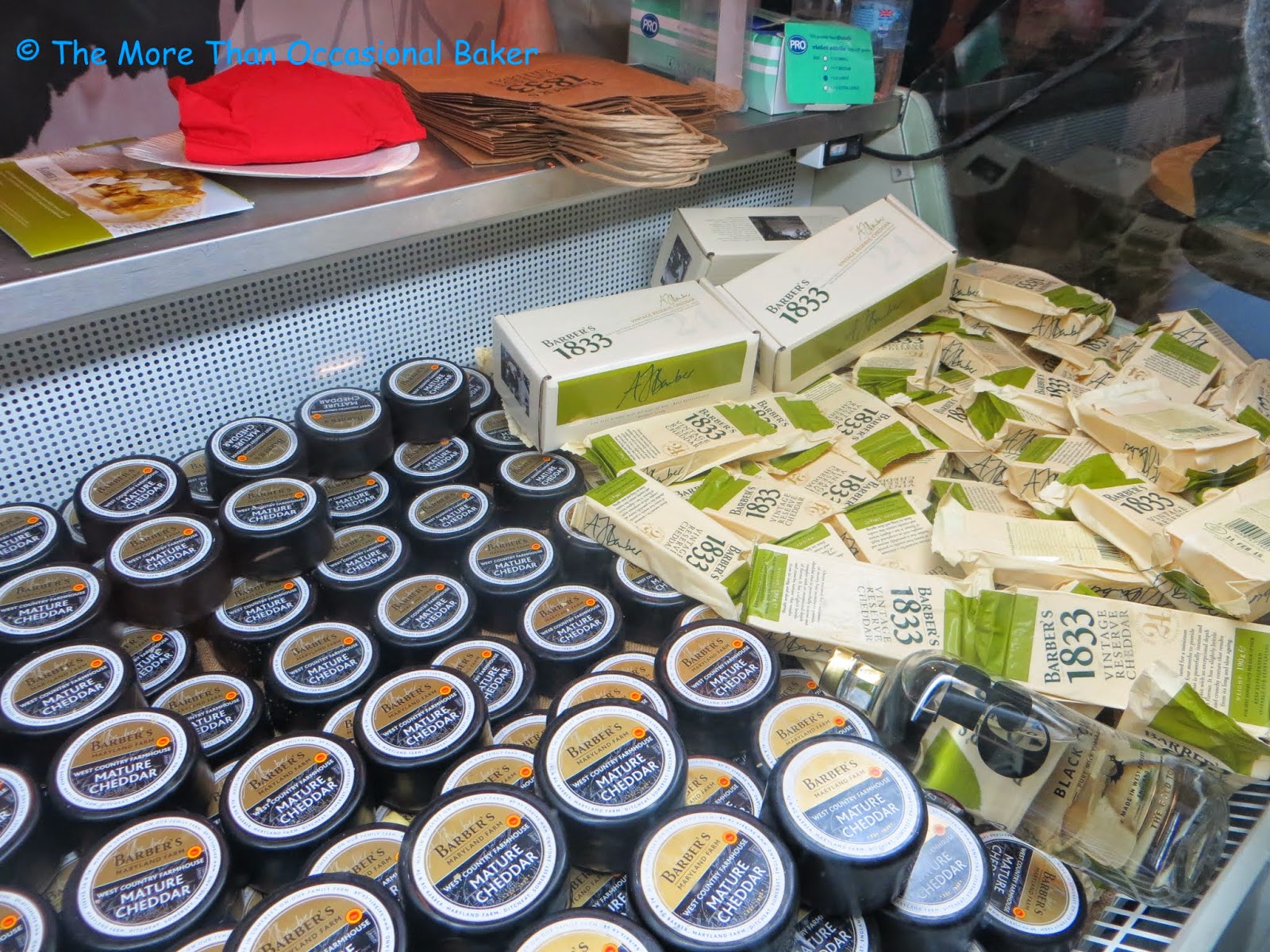 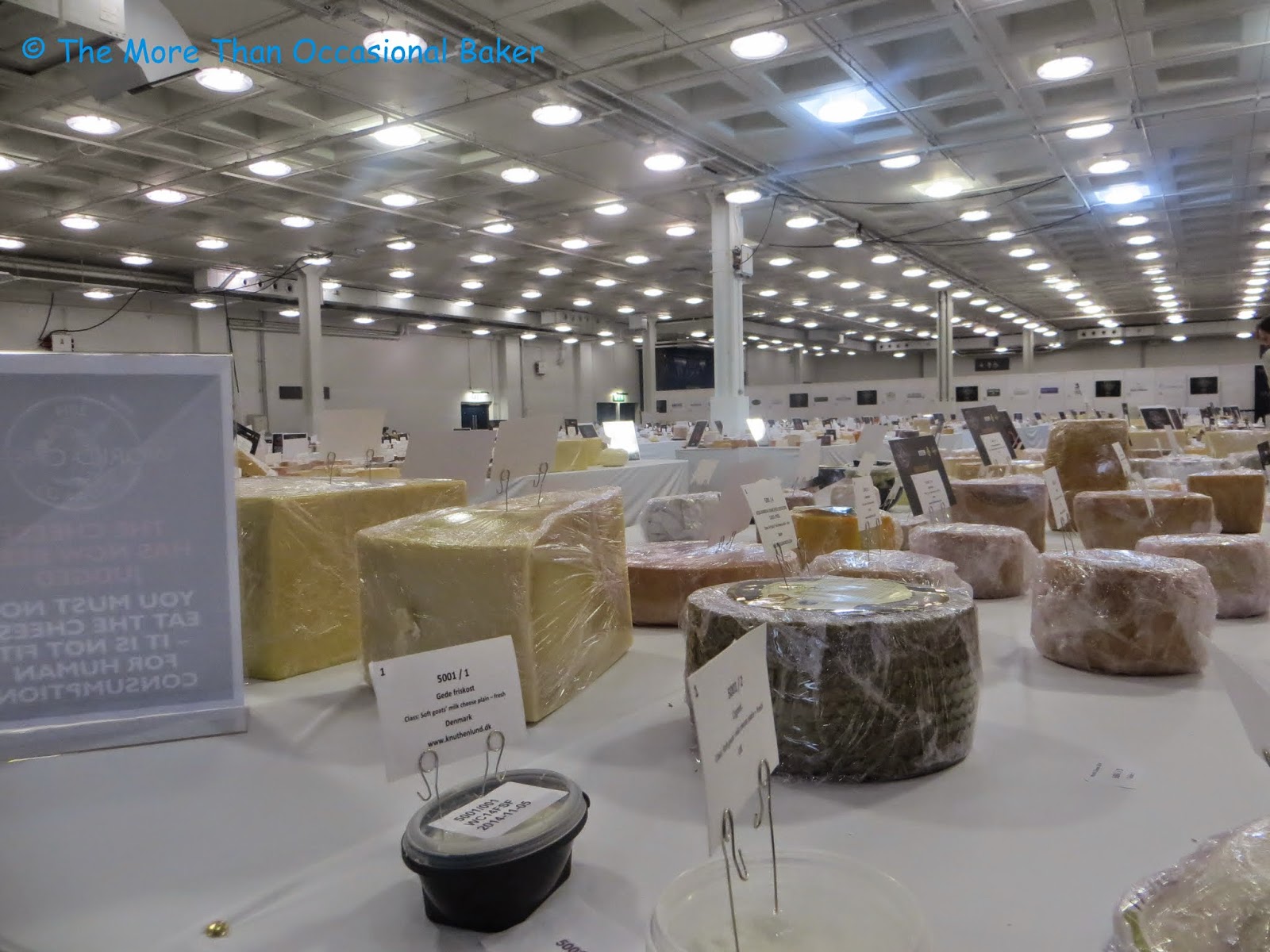 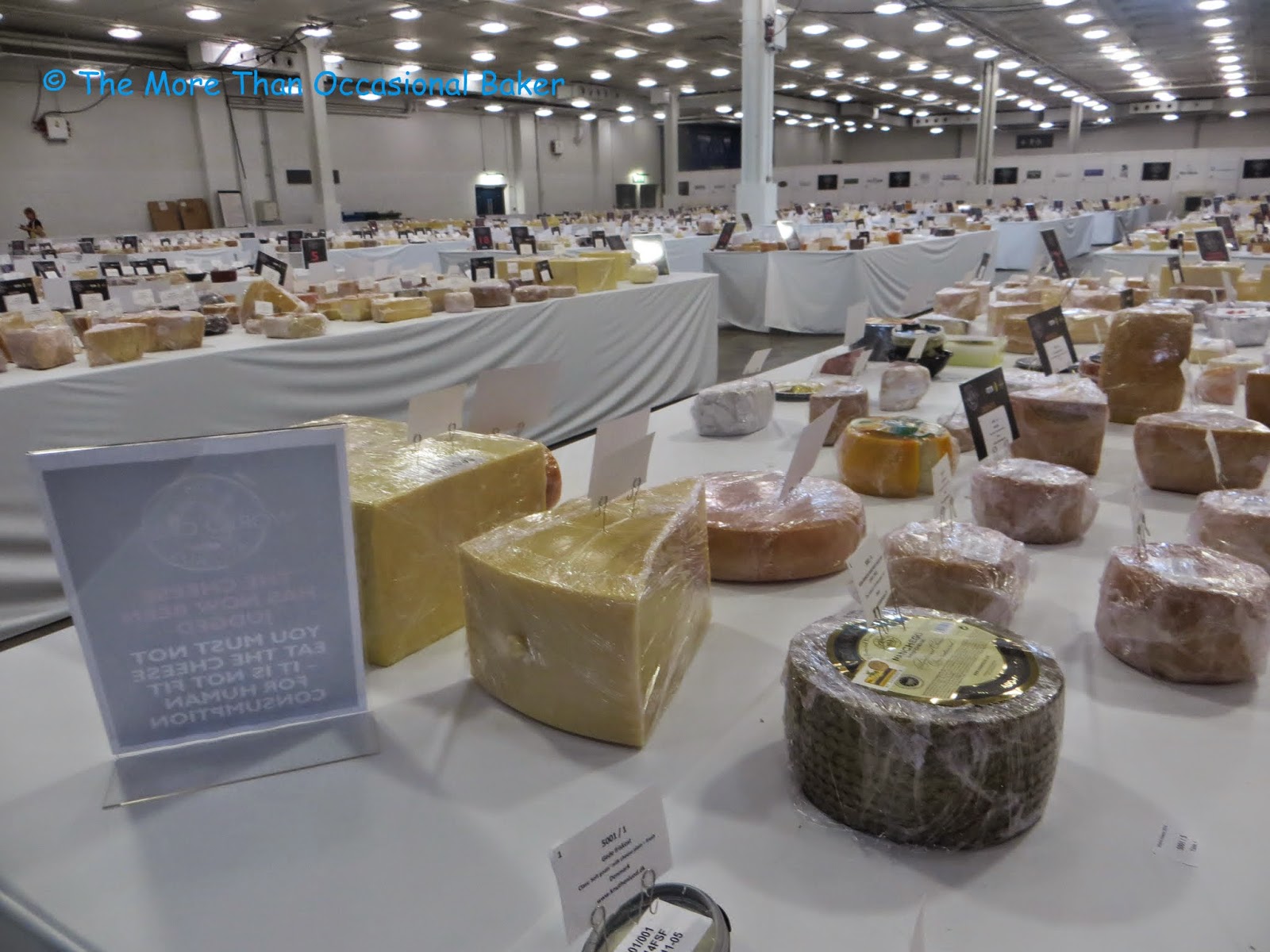 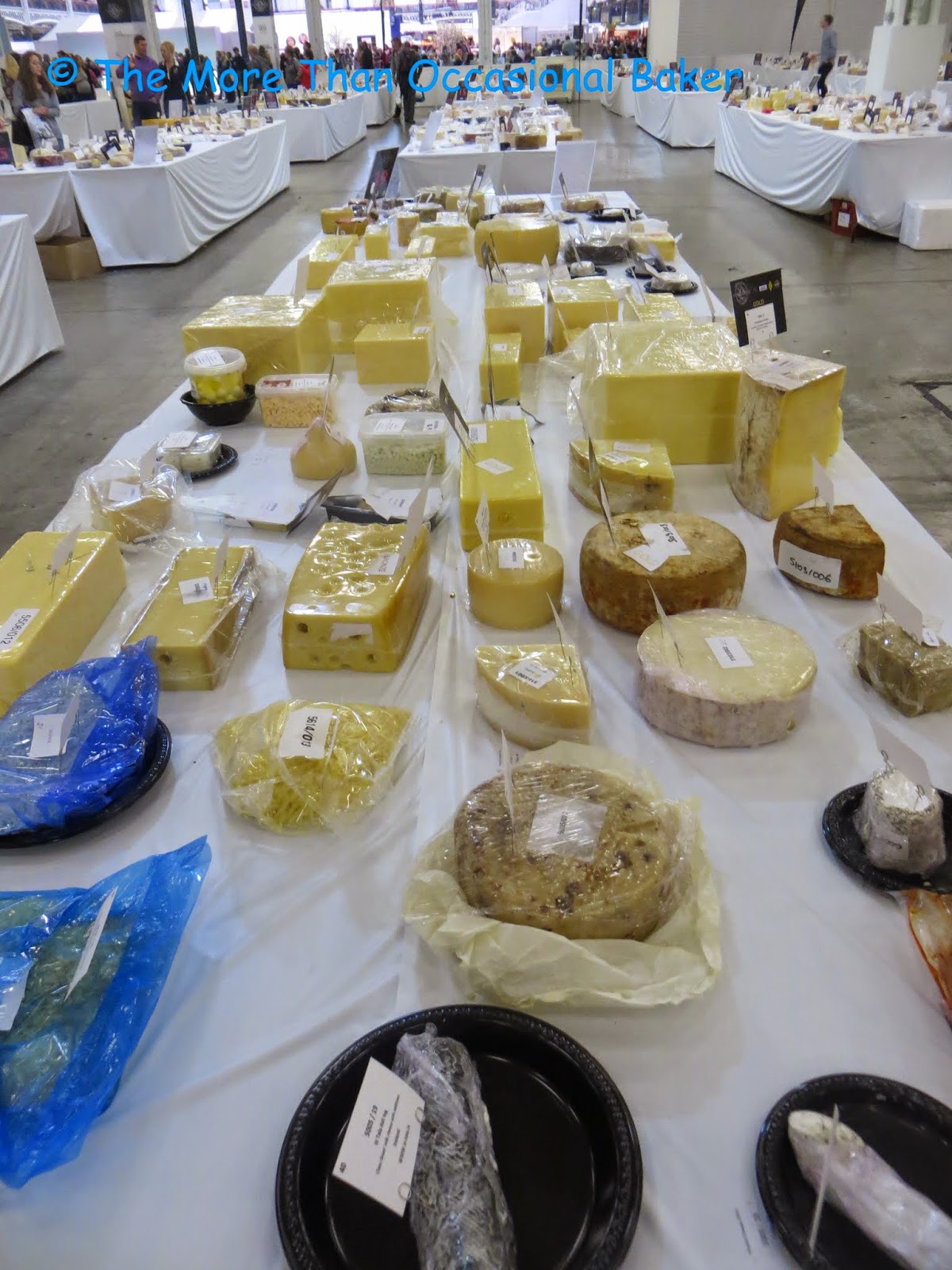 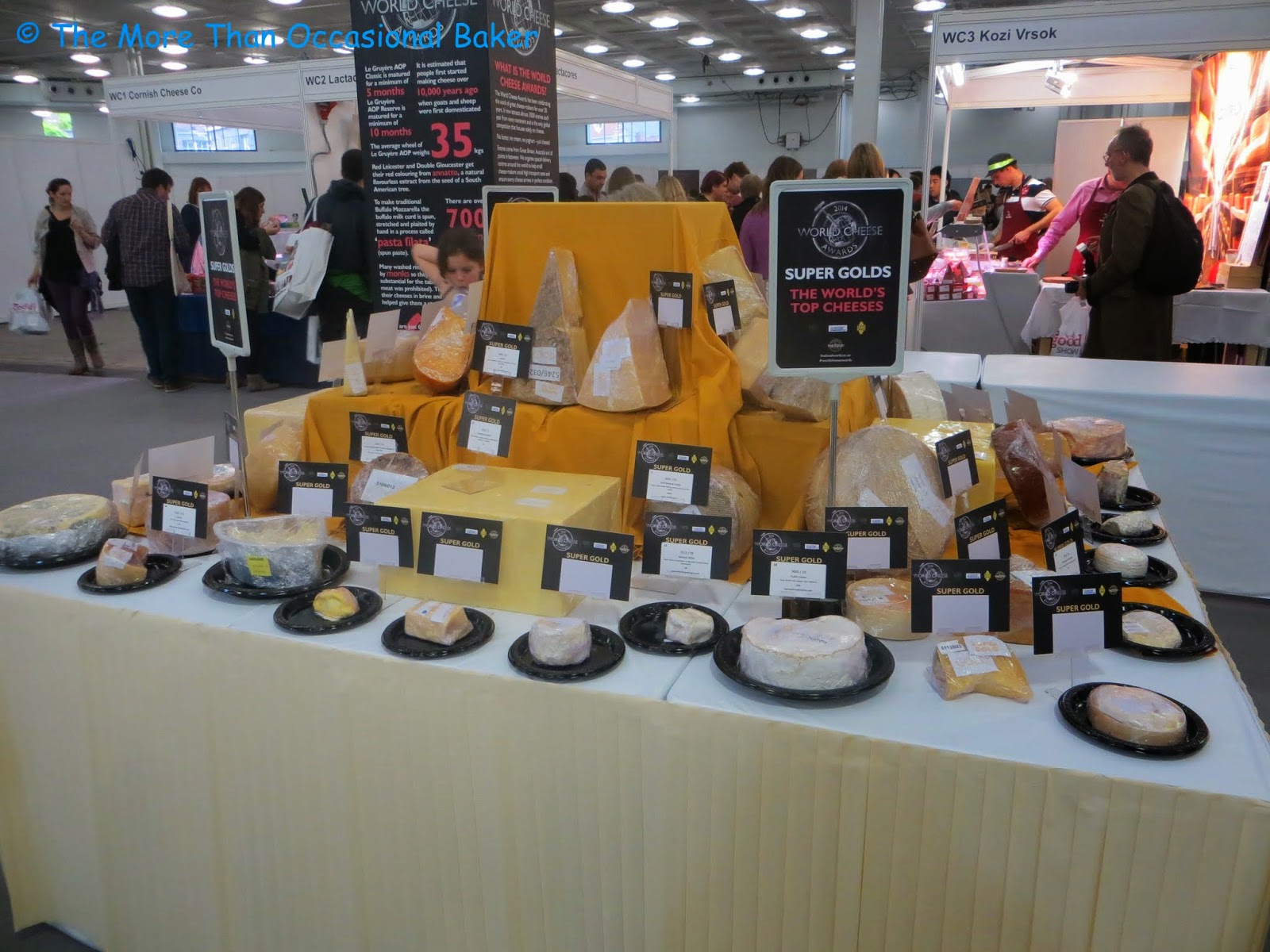 supergolden cheese awards table - one of their cheeses made it to this table!

Before I tell you about my recipe, I'd also like to mention a honey beer that I tasted at the BBC Good Food Show. It's made by Hiver who source raw honey from independent British Beekeepers. I'm not a huge fan of beer but this is aboslutely delicious! Don't just take my word for it, try it for yourself and tell me what you think. At present, it's only available through Ocado. 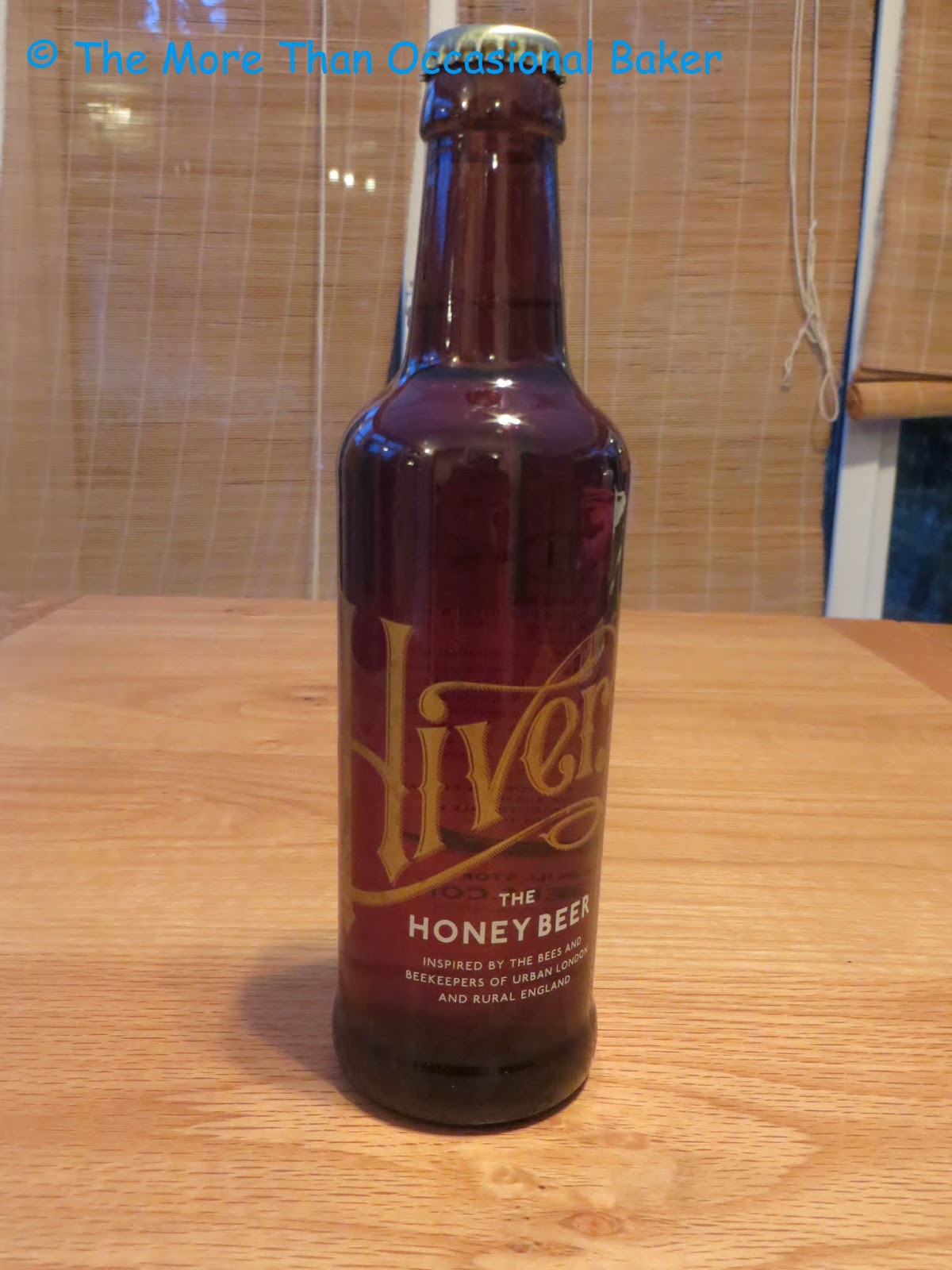 Barber's gave me a block of their vintage cheddar to sample and to create a recipe with. I had a few ideas to start with and after tasting the honey beer, I decided to make a Cheddar and Honey Beer Bread. As it's approaching Christmas, I decided to throw in some cranberries for a festive touch. I based it on an old recipe that has been passed on from a friend who got it from another friend and so on. I've not used this recipe in many years and had to hunt for it! It's a very simple mix all in one recipe. No need for a yeasted dough, kneading or fancy equipment. I added in dried cranberries and chunks of cheddar cheese.


This bread is best eaten fresh on the day it's baked. The crust was my favourite part and I could have eaten the whole crust in one go! You can definitely taste the beer in the bread but the honey notes were subtle. You can clearly taste the cheese as it has a rich and strong flavour which is not masked by the honey or bread. It also adds a lovely saltiness to the bread and the cranberries add a burst of sweetness and texture. You also get bits of crusty melted cheese on the outside. We couldn't finish the whole loaf between us in one sitting so I toasted a few slices 2 days later and it was still very good. In fact, I think I prefer the toasted version as you get lots of crispy bits. Make sure you turn your toaster on a low setting as you don't want to burn the cheese! 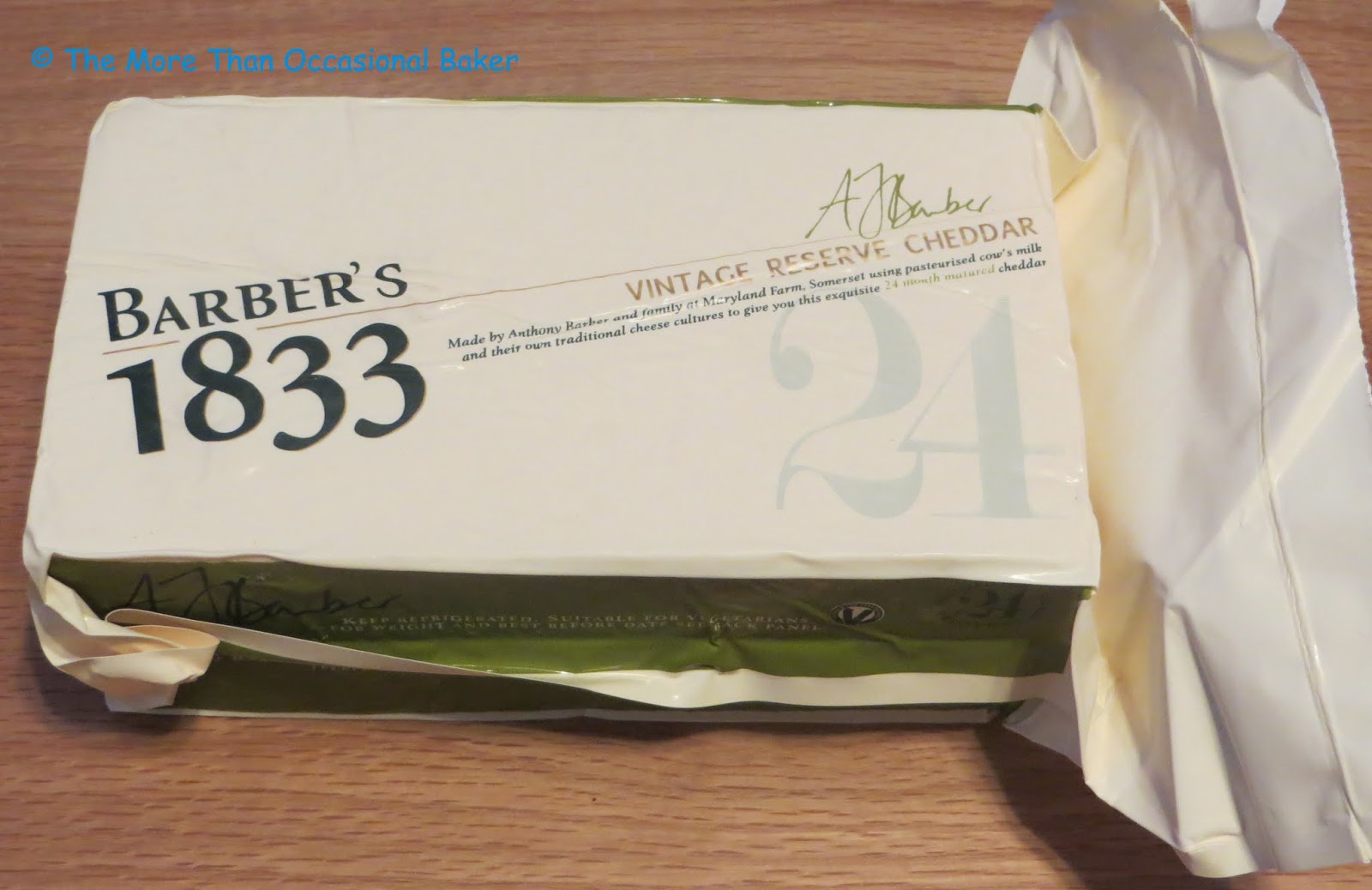 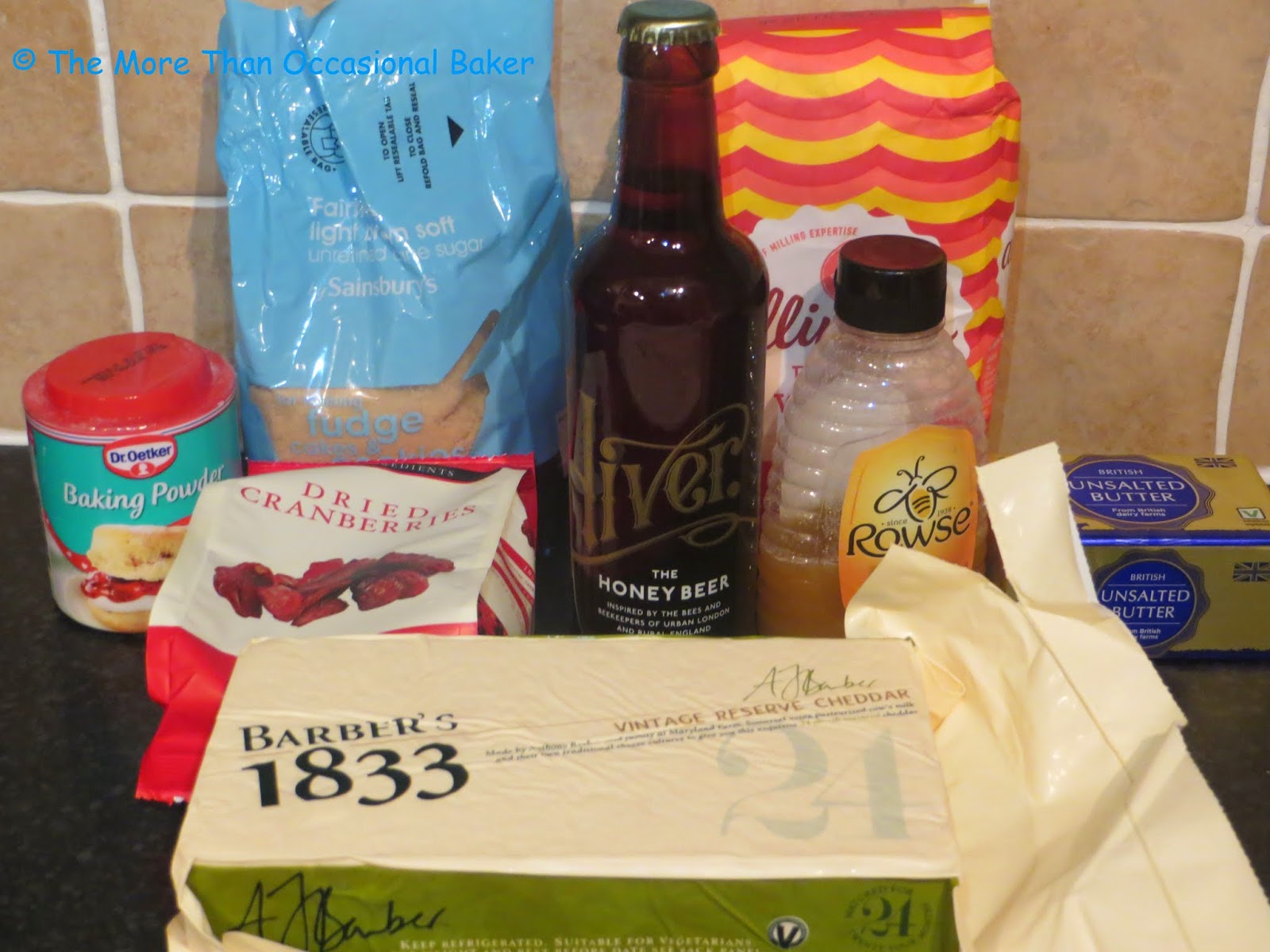 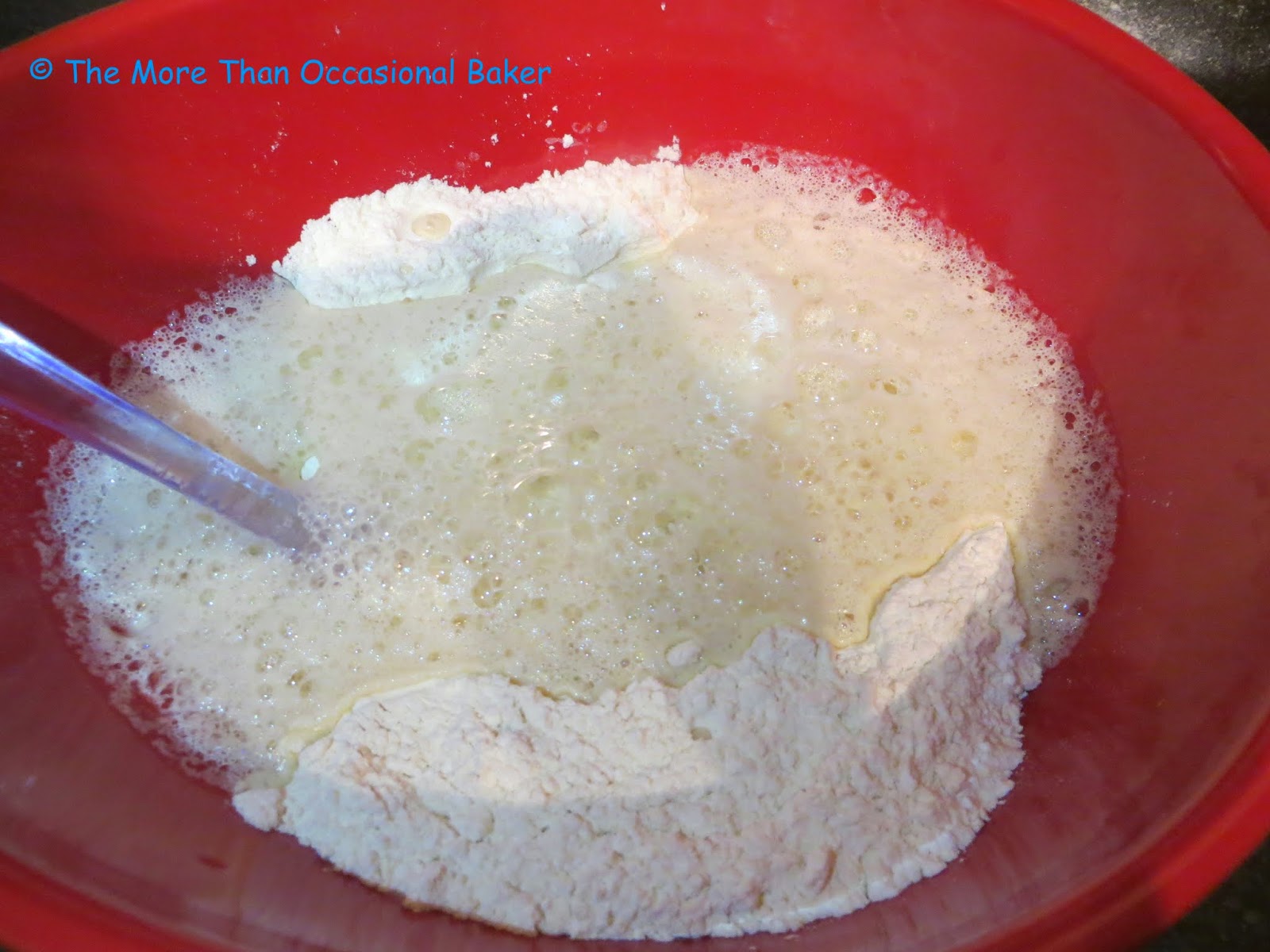 Pour beer into the batter in one go 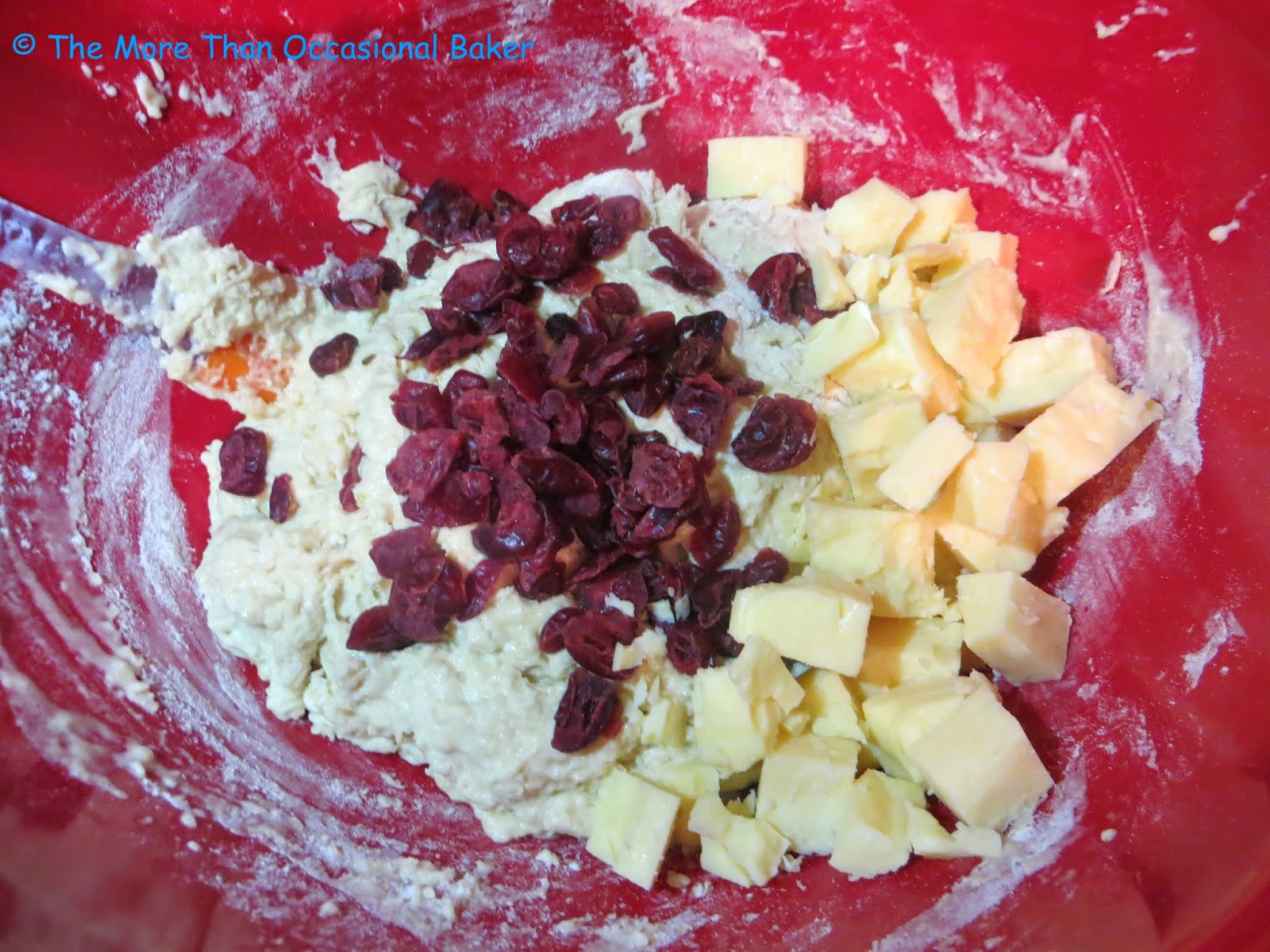 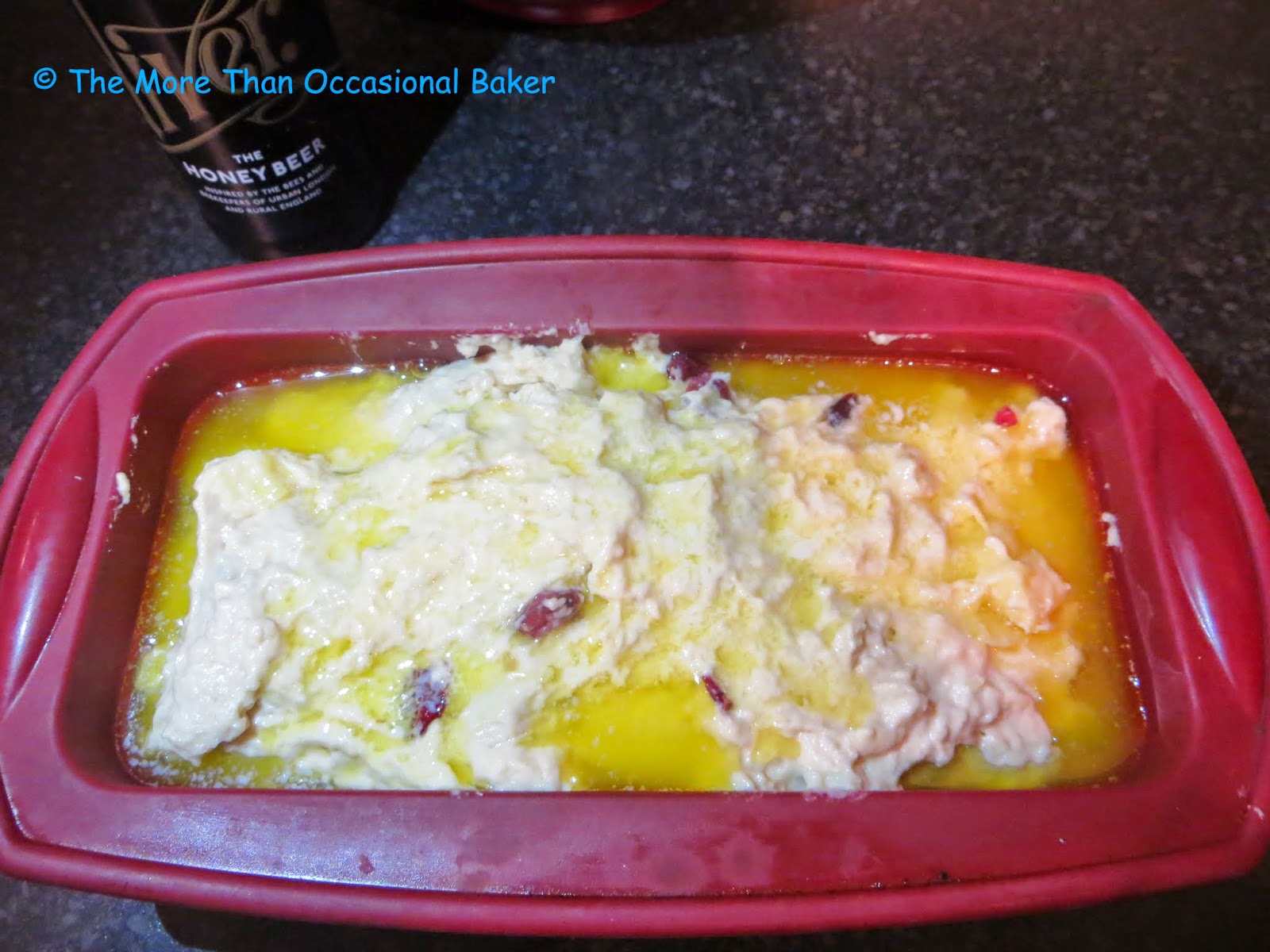 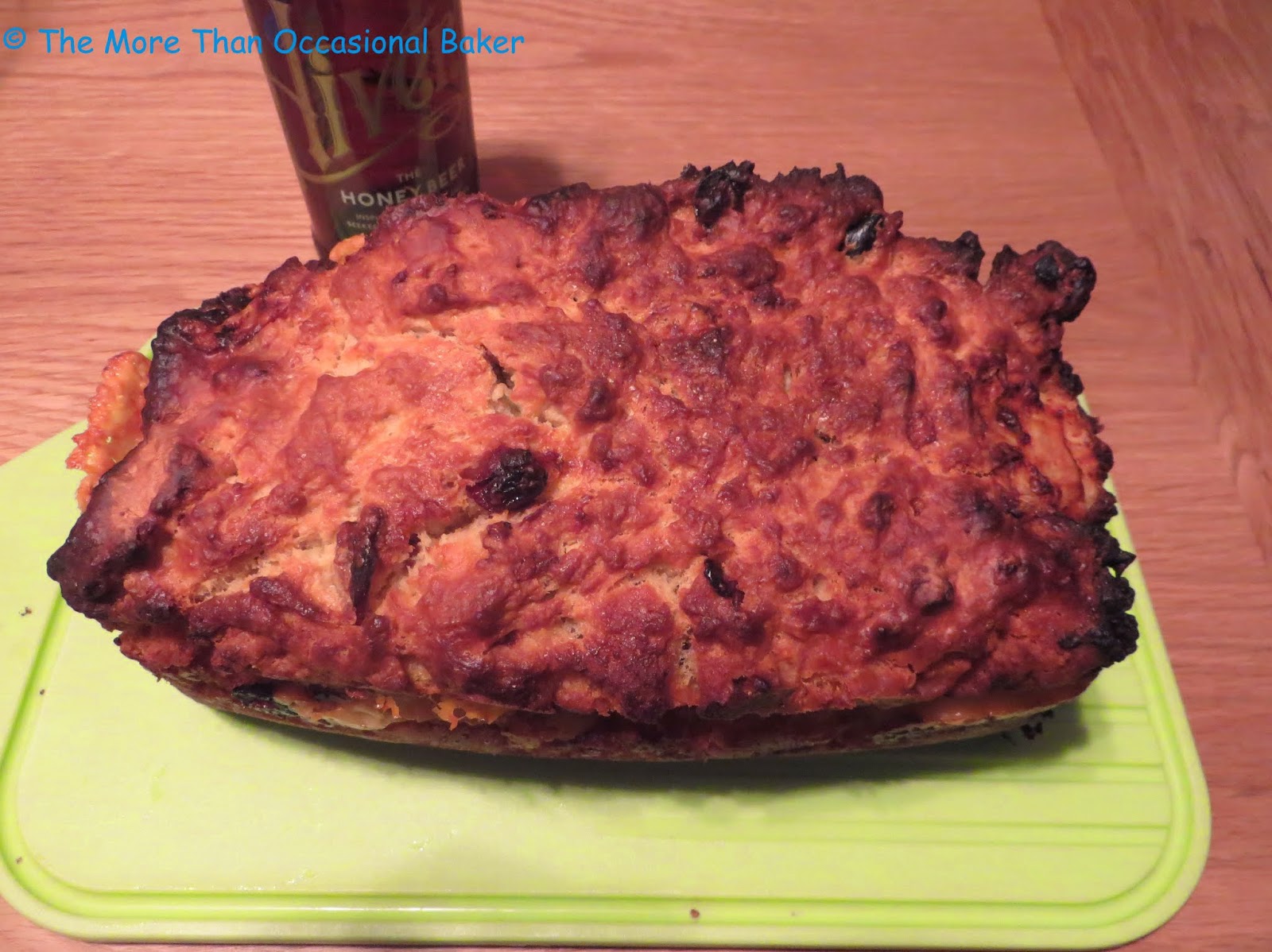 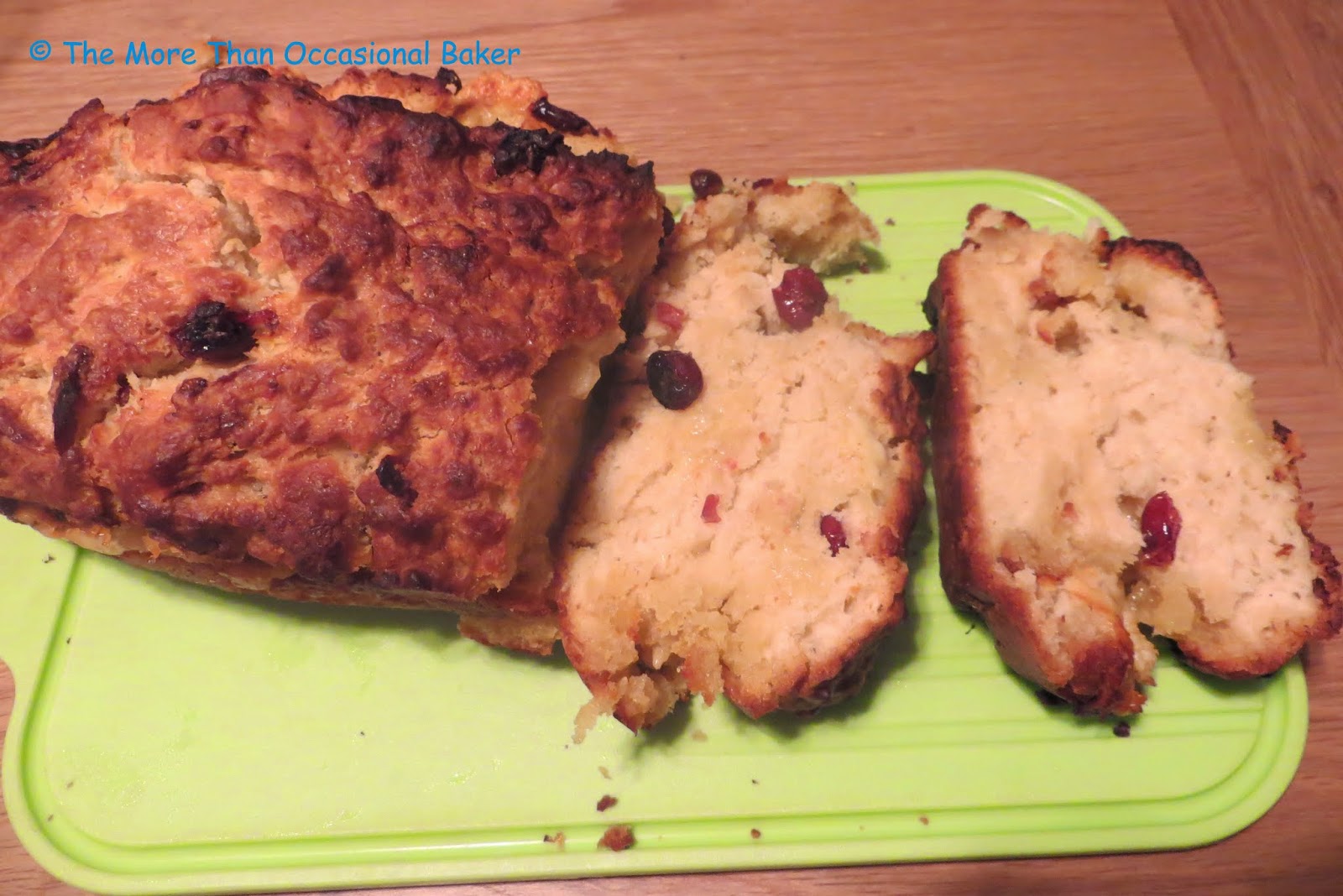 
Disclaimer: I was invited to the Cheese Awards by Barber's Cheese at BBC Good Food Show. I was not required to write a positive review and all opinions are my own. This is not a sponsored post.