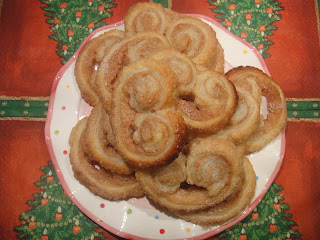 I've mentioned before that I love palmiers but the last time I tried to make it at home, it wasn't perfect. So after a little research I decided to give it another go. My main inspiration comes from one of my favourite blogs Joy the Baker. I then saw a cinnamon version on 365 days of baking based on Joy's recipe. The pictures on both blogs looked amazing and I had high hopes for my second attempt. I'm very pleased to report that I was not disappointed in the least. The result was exactly what I was looking for. Crisp, buttery, sugary and cinnamonny (is that even a word?!) Perfect for Christmas so I am entering this to the English Mum's Big Christmas Bakeoff 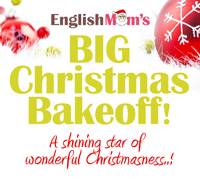 This is really easy to make and all you need are 3 ingredients - puff pastry, sugar and cinnamon. To make the cinnamon sugar, mix 1 cup of sugar with 2 teaspoons of cinnamon. 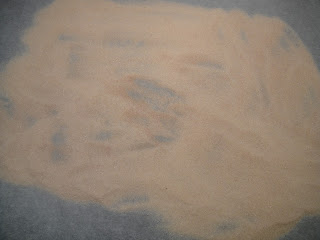 spread lots of cinnamon sugar on a worksurface 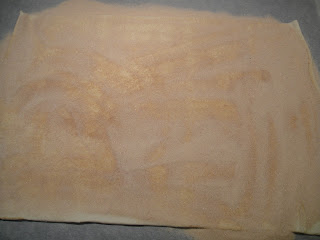 Place puff pastry on top and sprinkle more cinnamon sugar on top. Roll out the edges of the puff pastry with a rolling pin 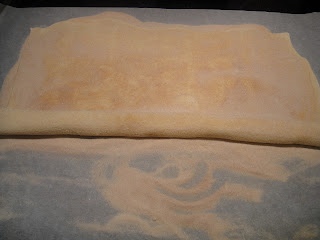 fold one end to the middle and repeat on the other end so you end up with.... 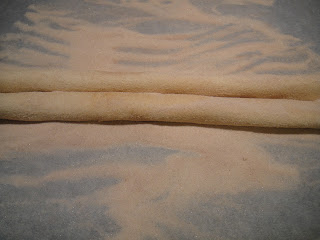 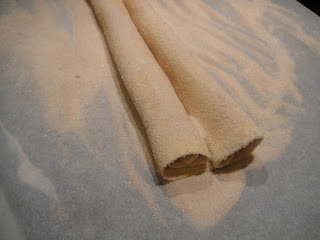 place in the fridge for about 30 minutes then slice and place on baking tray. Bake for about 20 minutes and... 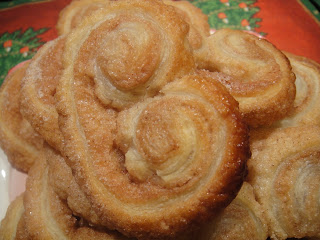