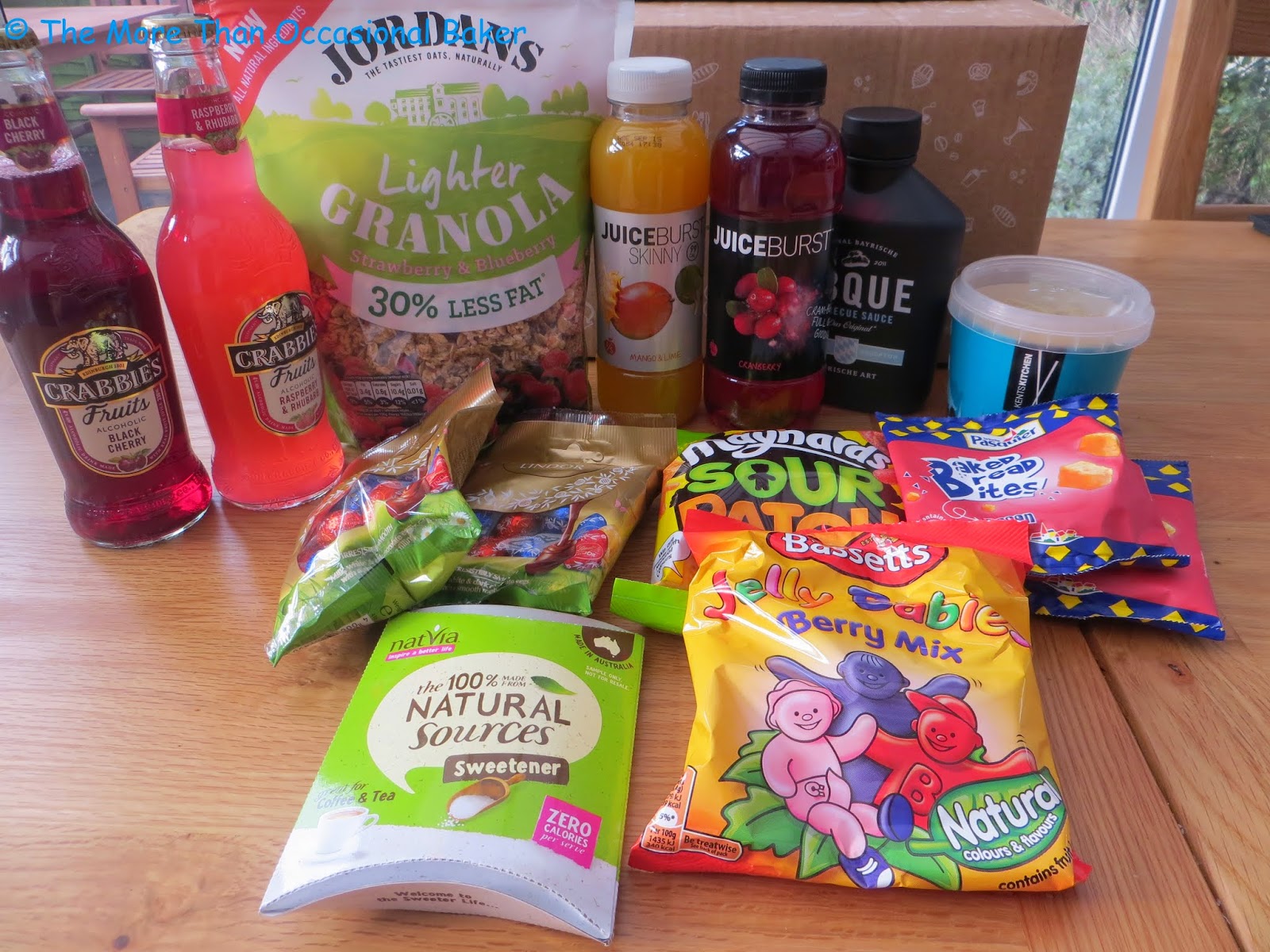 This post is well overdue but better late than never right? It's time for the what's in my degustabox post particularly as I've just received the box for April. I'm usually about a month behind with the reviews as the boxes get sent at the end of each month but I hope it's handy to show you the variety you can get in the box and decide if you want to order one for yourself or a family member/friend to try out. Degustabox is a no obligation monthly subscription which costs £12.99 including delivery. You get 9 to 14 surprise products and it's usually a good mixed selection of goodies. I have a special discount code for all my readers if you are interested in signing up a box for yourself or for a family memeber/friend. You get a £3.00 discount when registering by using this code ZH74B which makes it just under a tenner for a goodie box including delivery.

I've been getting these boxes for a few months now and I'll be honest and say that I was not particularly impressed at first but it's slowly growing on me and I look forward to receiving a box each month. I love the surprise element and there is usually at least a few things that I really like in the box. The boxes have been getting better in my opinion ie more suited to my tastes and this March box is no exception. In fact I like everything in this box which is unusual as there is usually one or two items thaat I'm not too keen in. 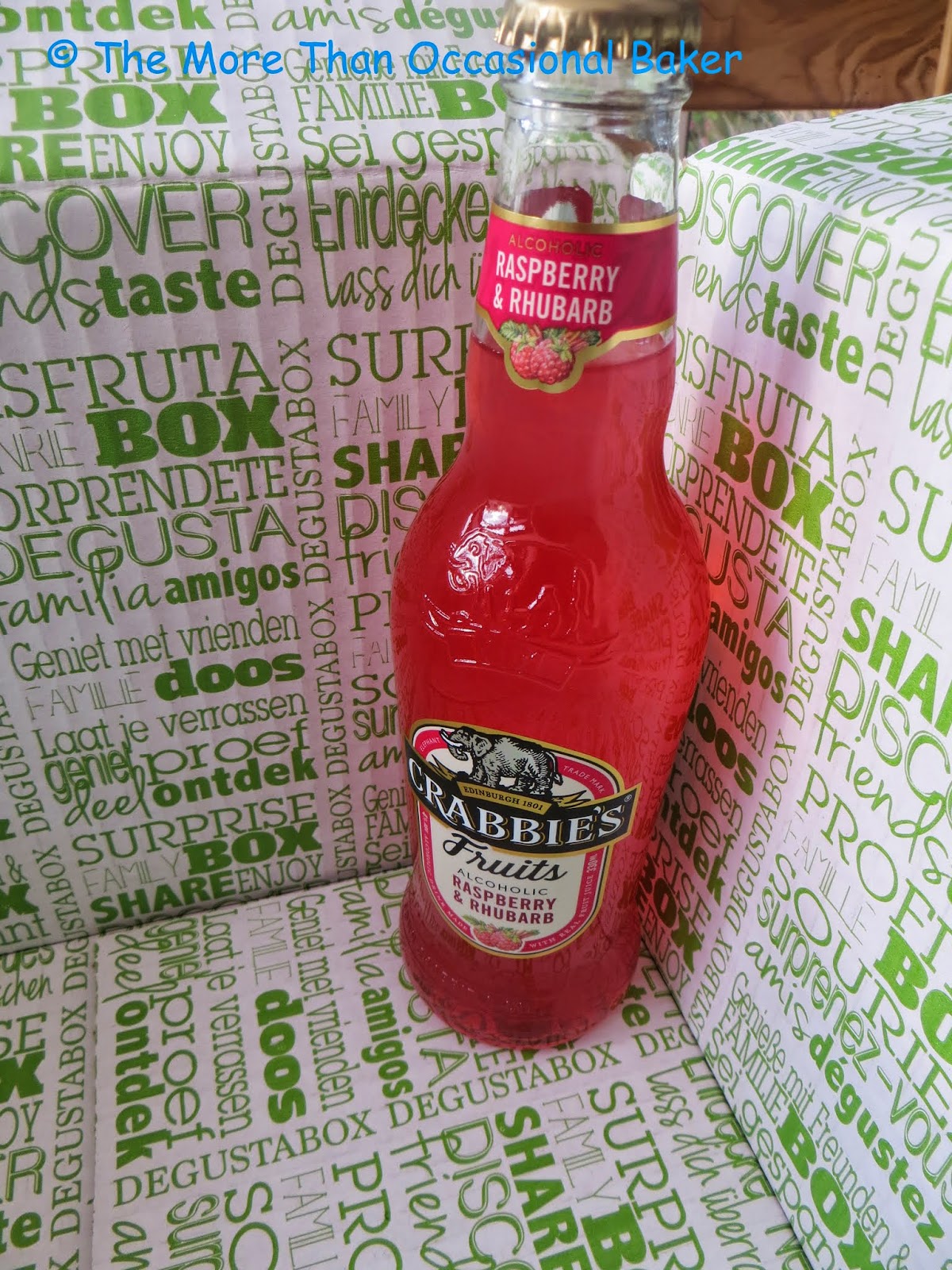 Crabbie's Alcoholic Fruits which have been featured here before. They are fruity and refreshing and I particularly enjoyed this raspberry & rhubarb one. 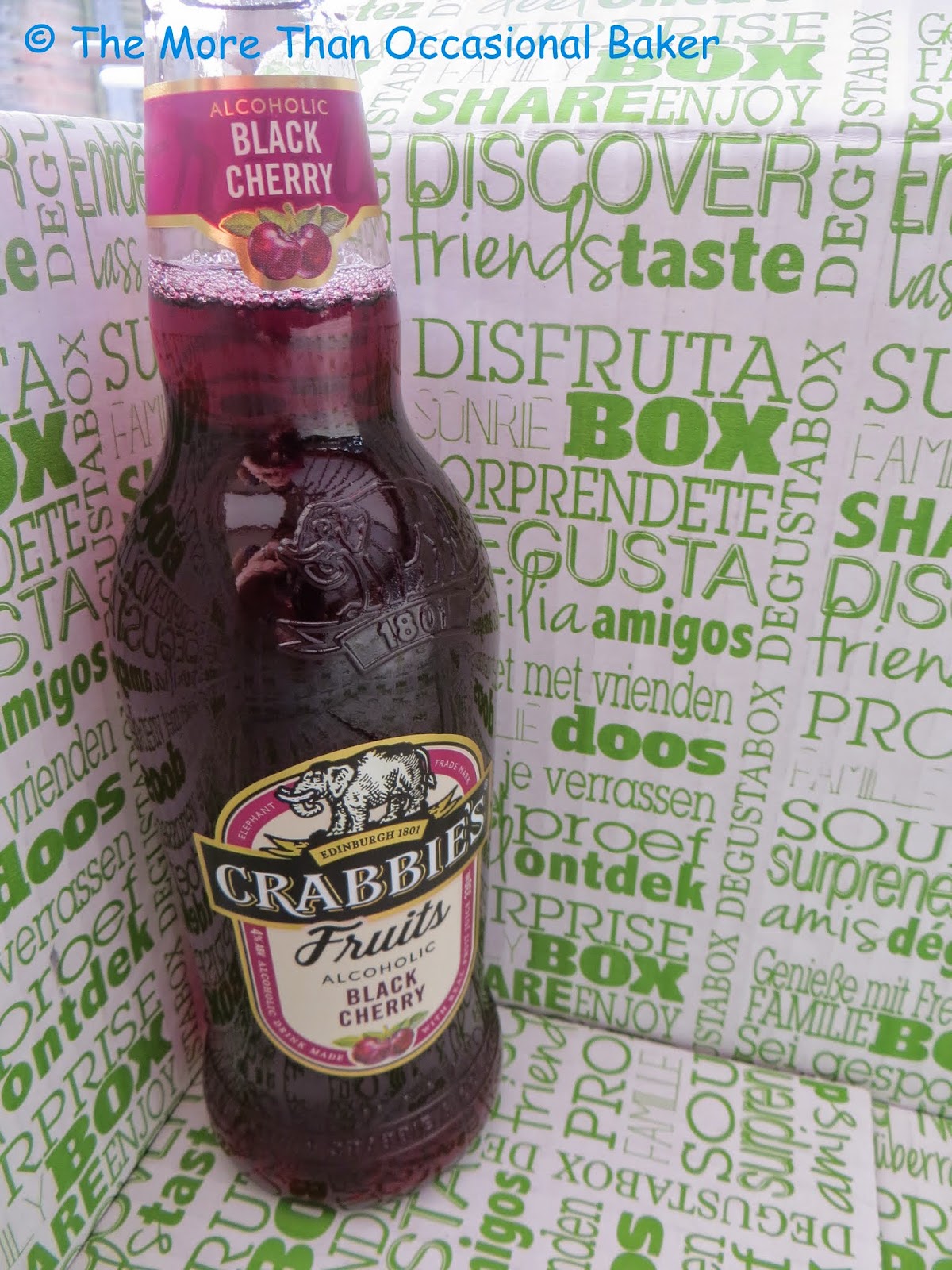 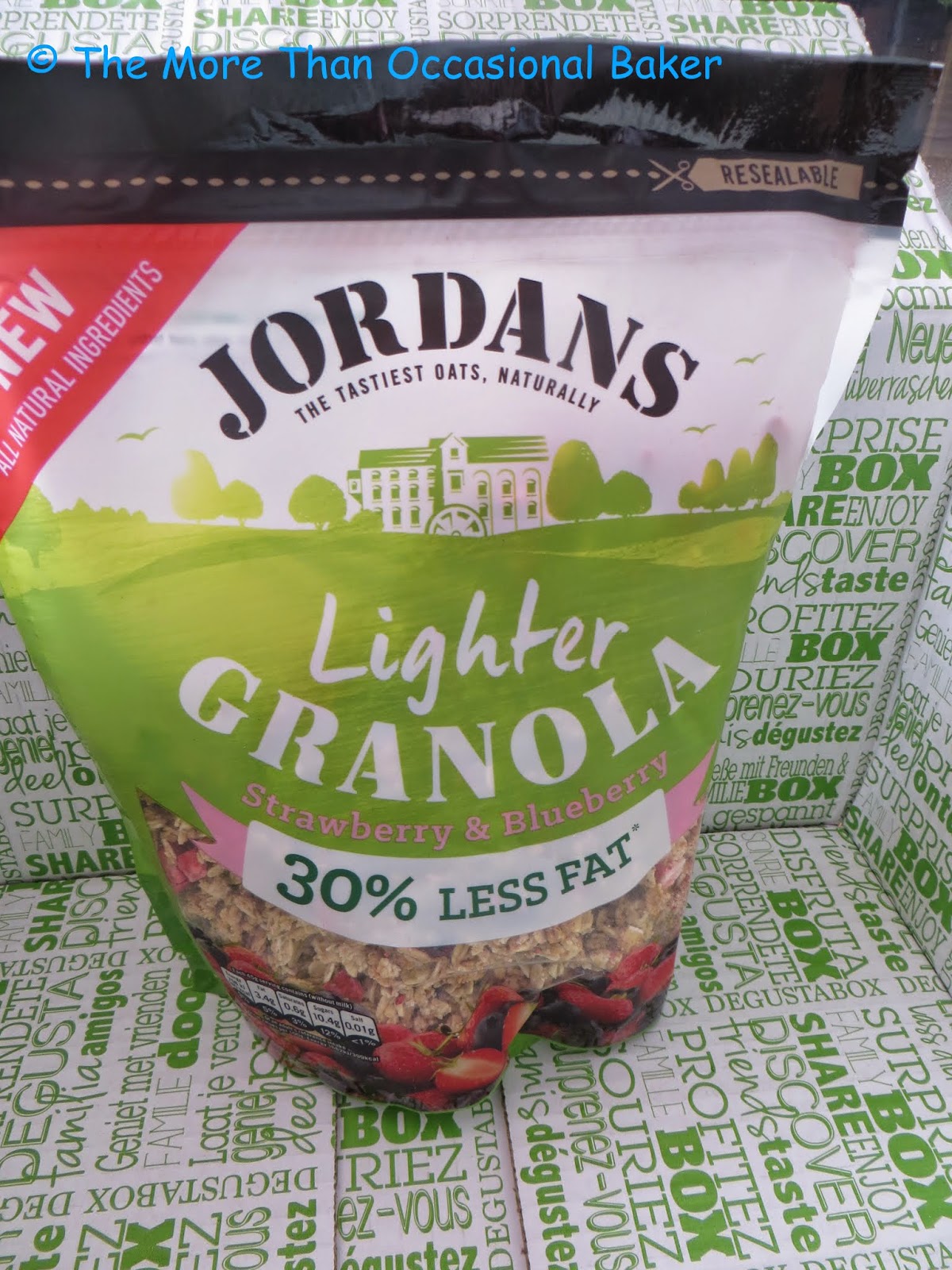 Jordan's lighter granola - another product that has been featured in a previous degustabox. This is the lighter version with 30% less fat. Great for breakfasts and for baking flapjacks at home. 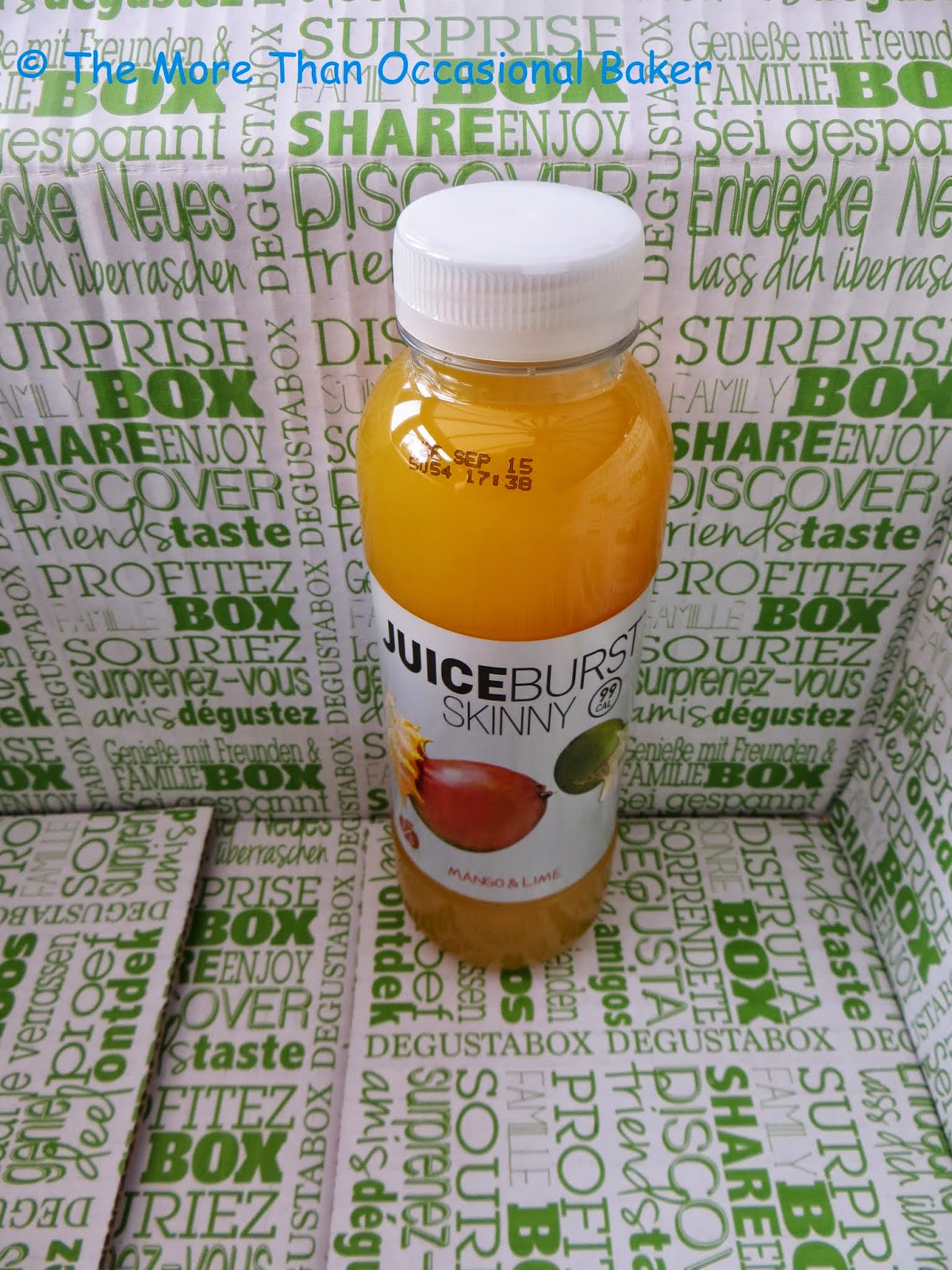 Juiceburst - this is the skinny burst at 99 calories per bottle. The flavour was Mango & Lime which was delicious. 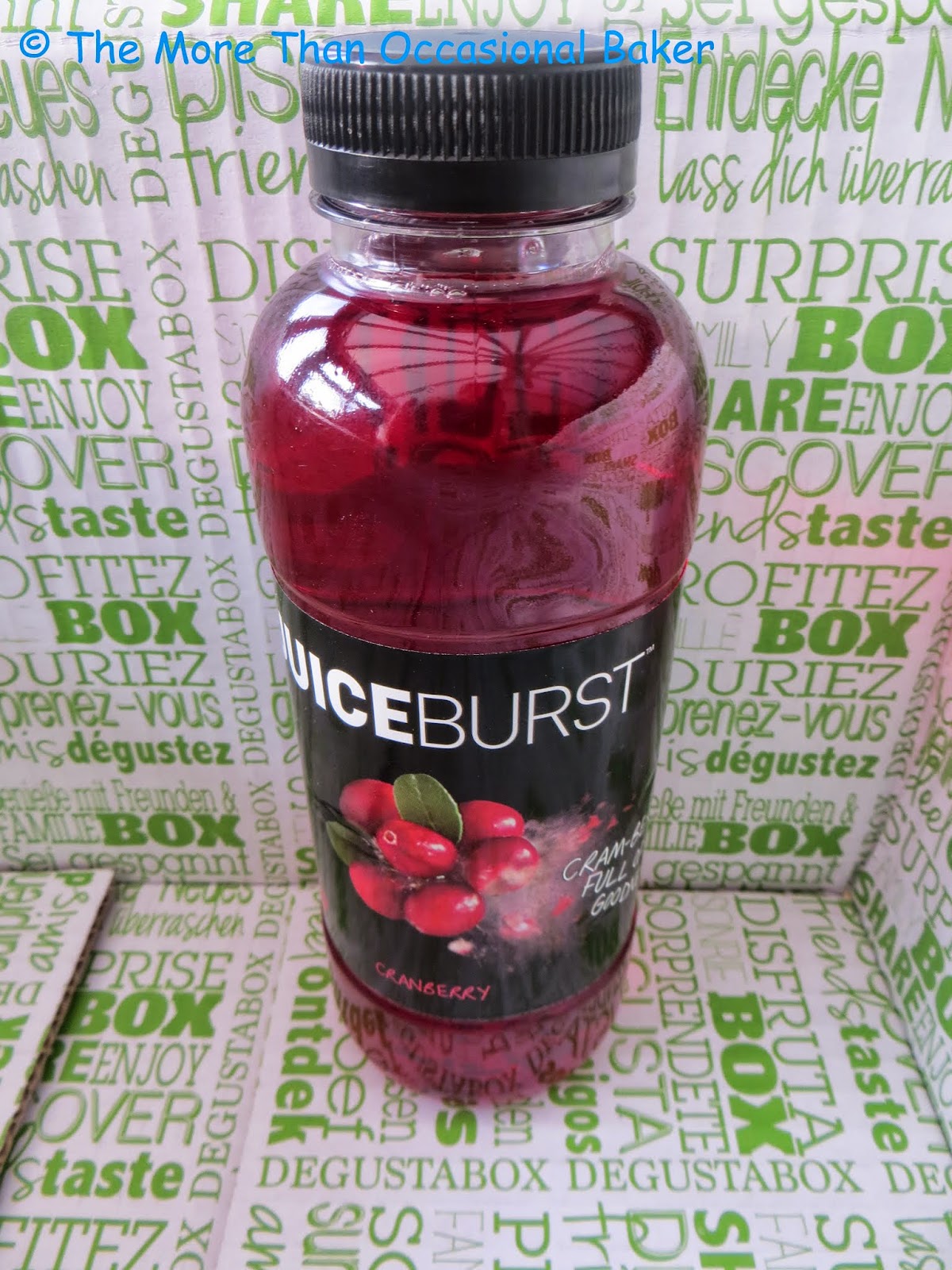 I also enjoyed the regular Juiceburst which is sweeter but still fruity and refreshing. 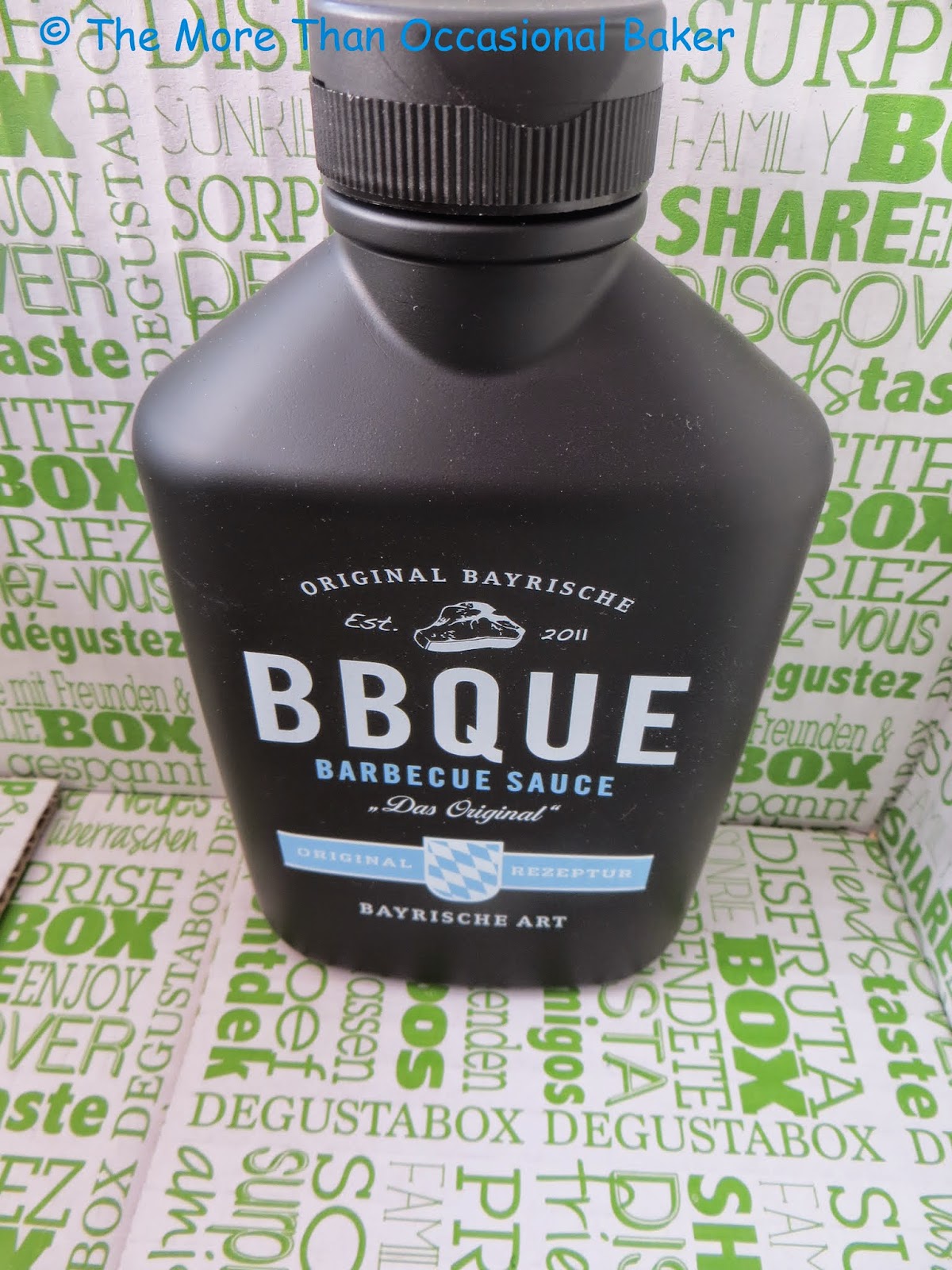 BBQUE - original Bavarian barbeque sauces which comes in 4 flavours -grill & beechwood, the original, honey & mustard, chili & horseradish. I've not tried it out yet as I'm saving it for a bbq we are having later in the month but it sure looks good! 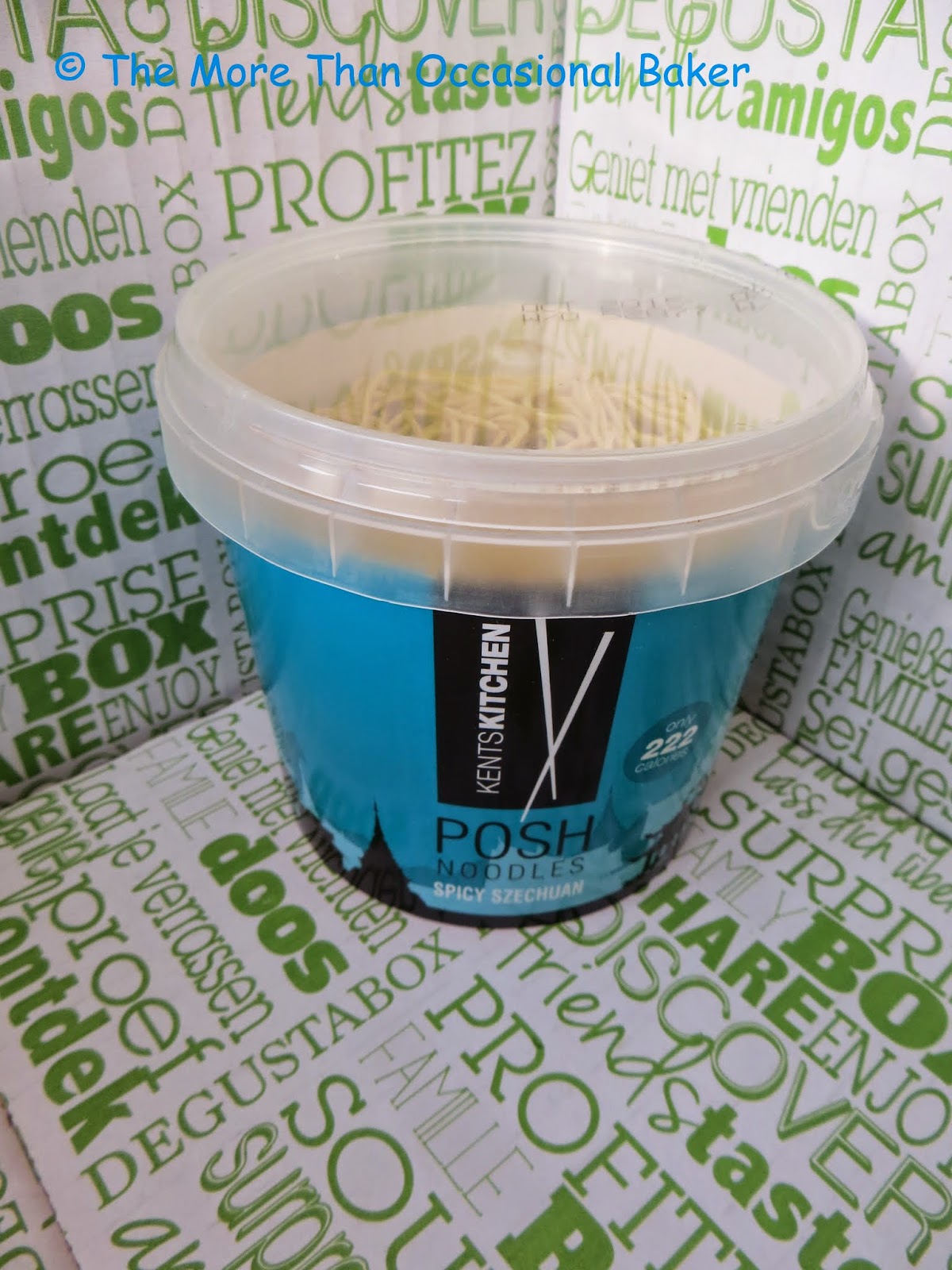 Kents Kitchen Posh noodles - great for an on the go lunch or snack. They were quite tasty and low in calories too! 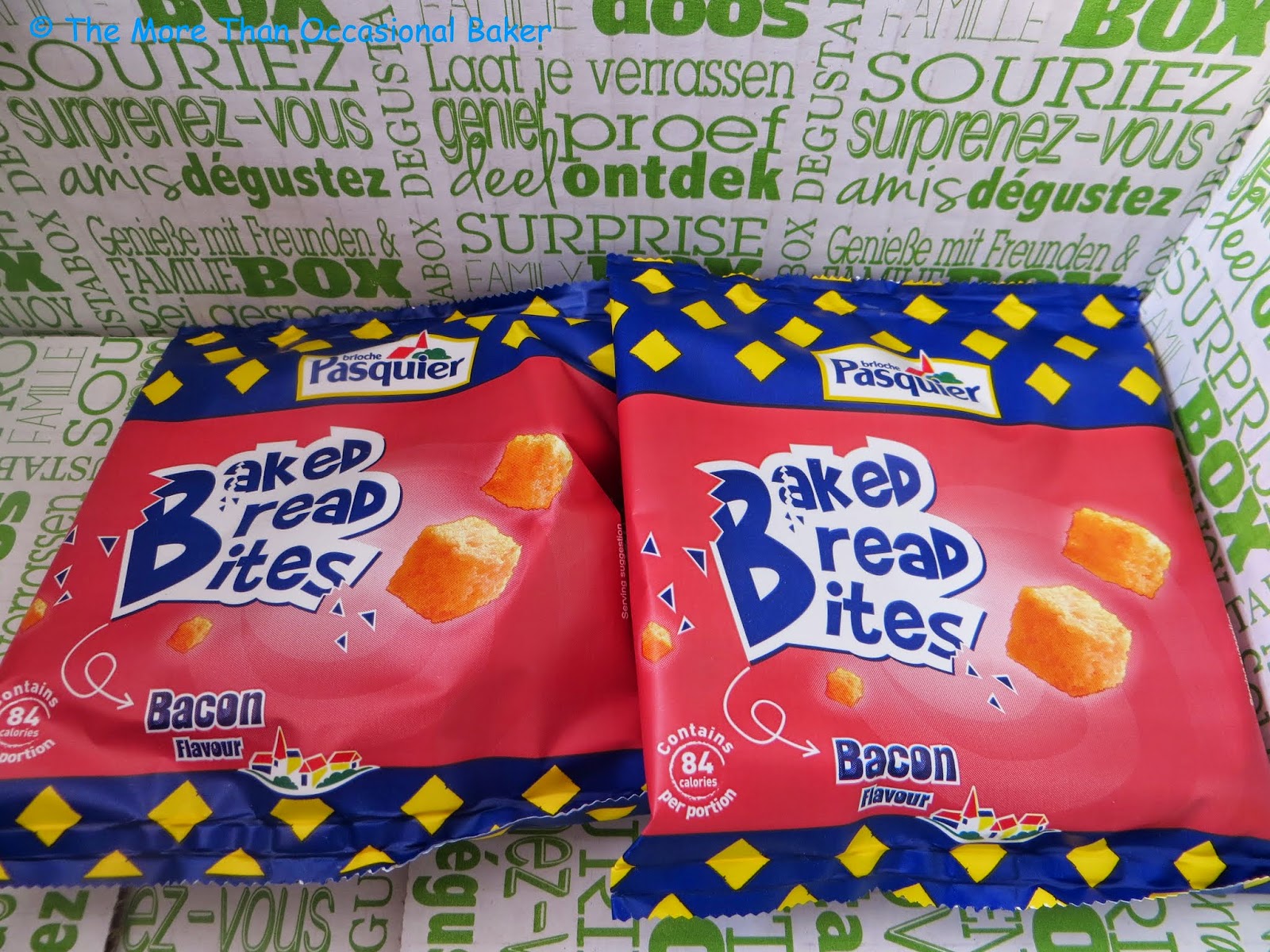 Brioche Pasquier Baked Bread Bites in bacon flavour. These were tasty little bites made from real French bread and each bag is under 90 calories. I had one as a snack and another in my soup which was absolutely delicious! 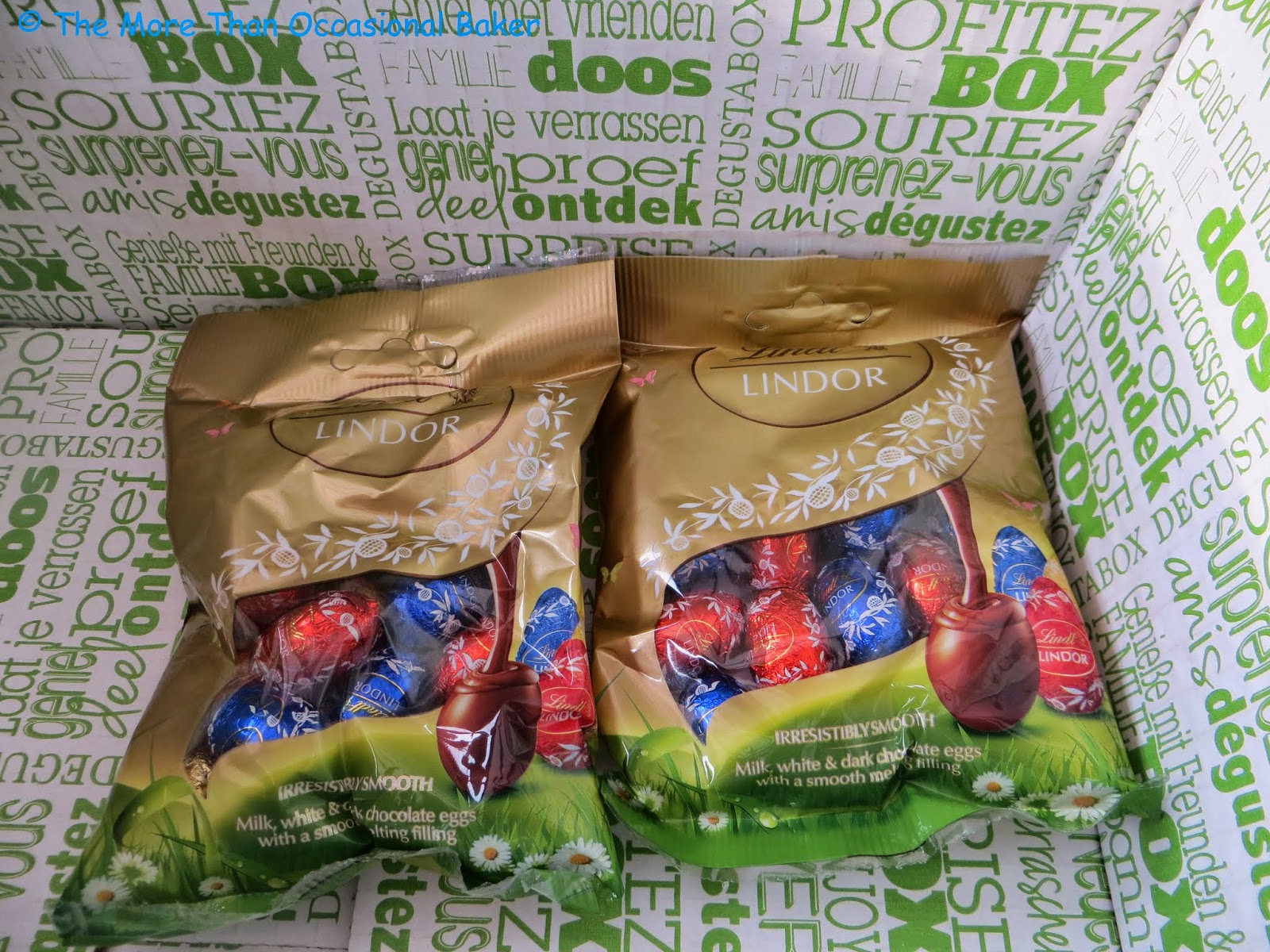 Lindt Assorted Mini Eggs - Lindt chocolates are my favourite chocolates so I was particularly pleased to see not one but two bags of these chocolate eggs. They come in assorted flavours and were the first items to go from this box! 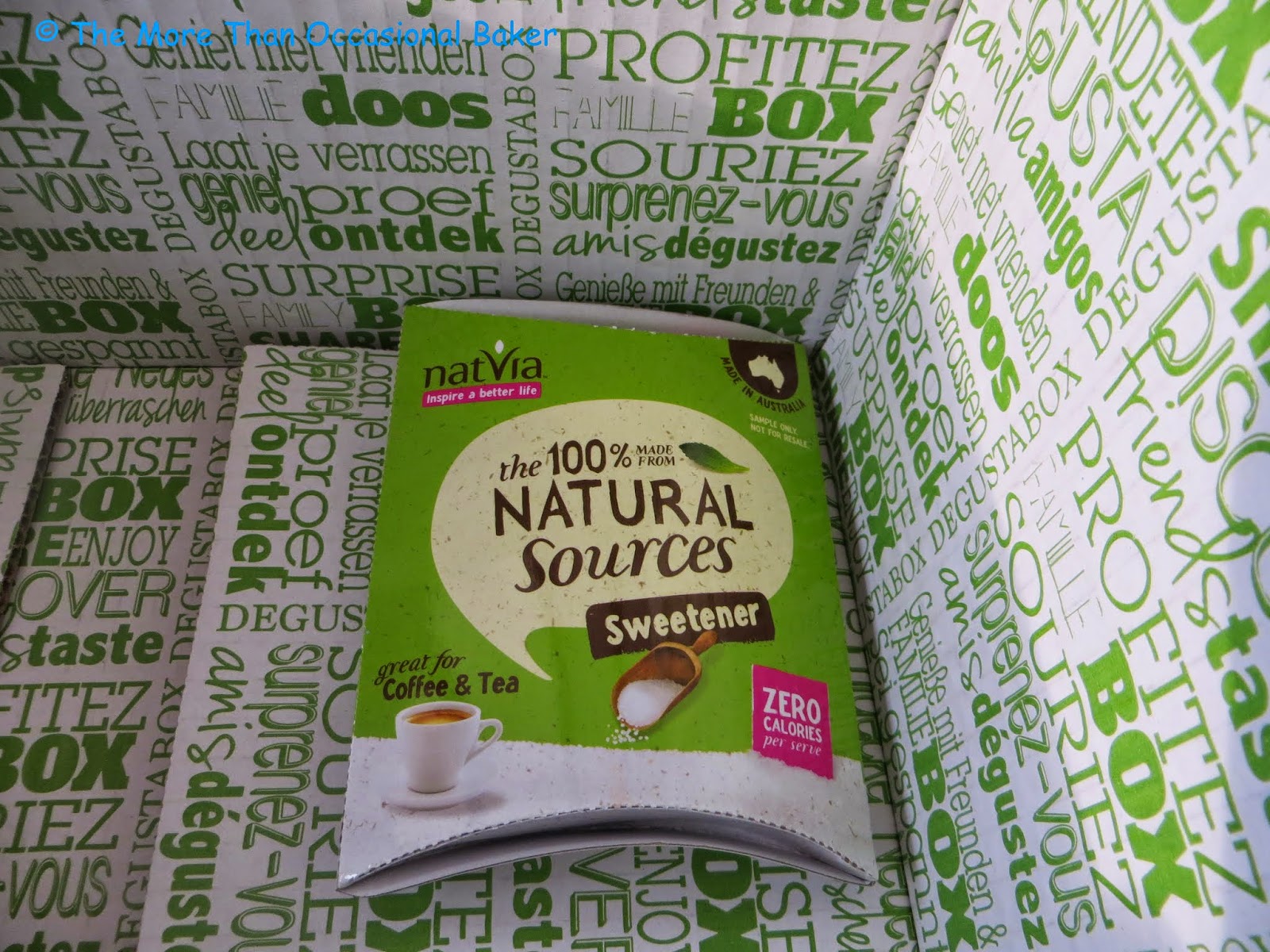 Natvia sweetener which is a naturally sourced alternative to artificial sweeteners and sugar. It is derived from stevia and has zero calories per serve. I've tried it in coffee and aim to give it a go with baking too. 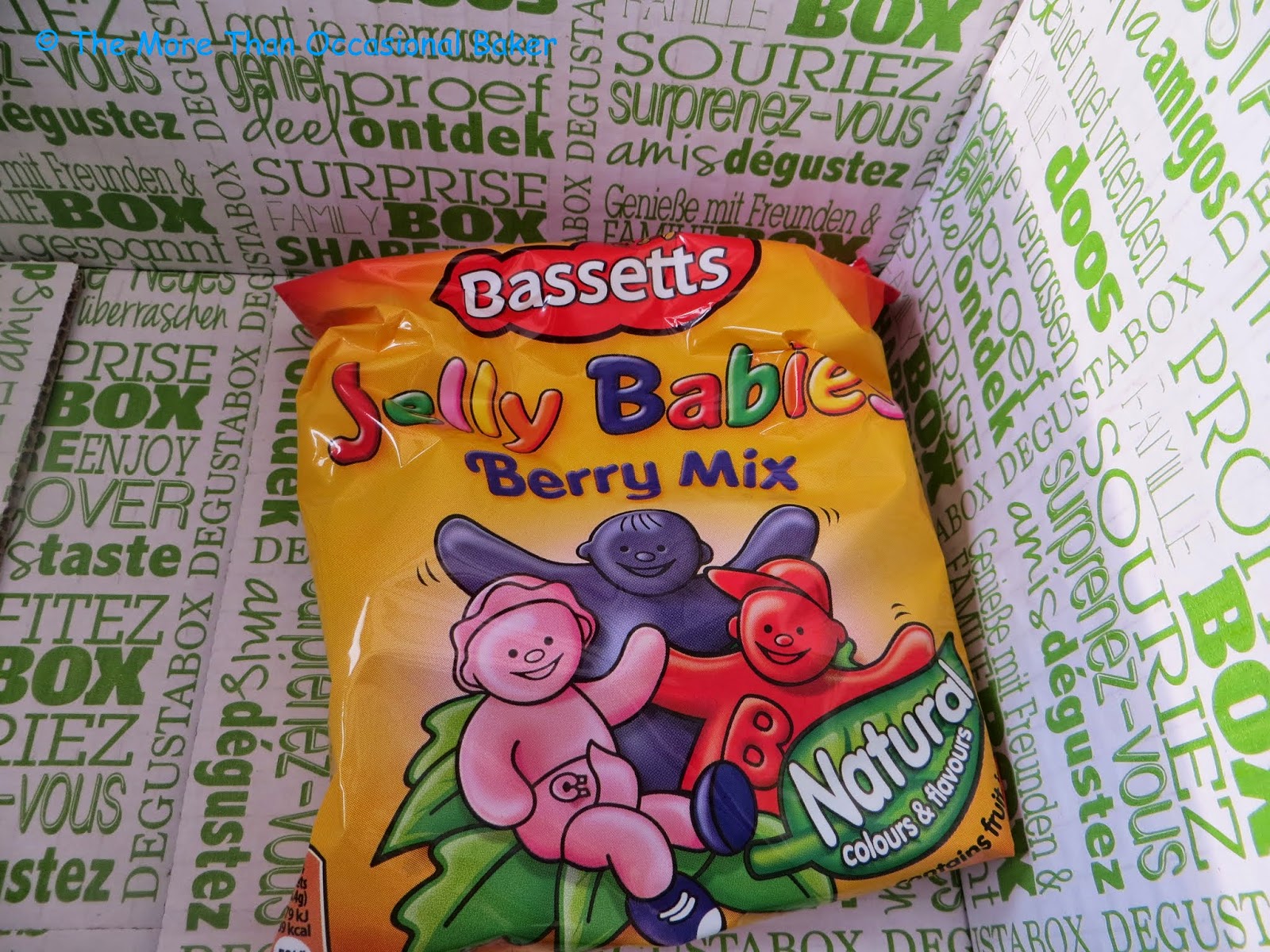 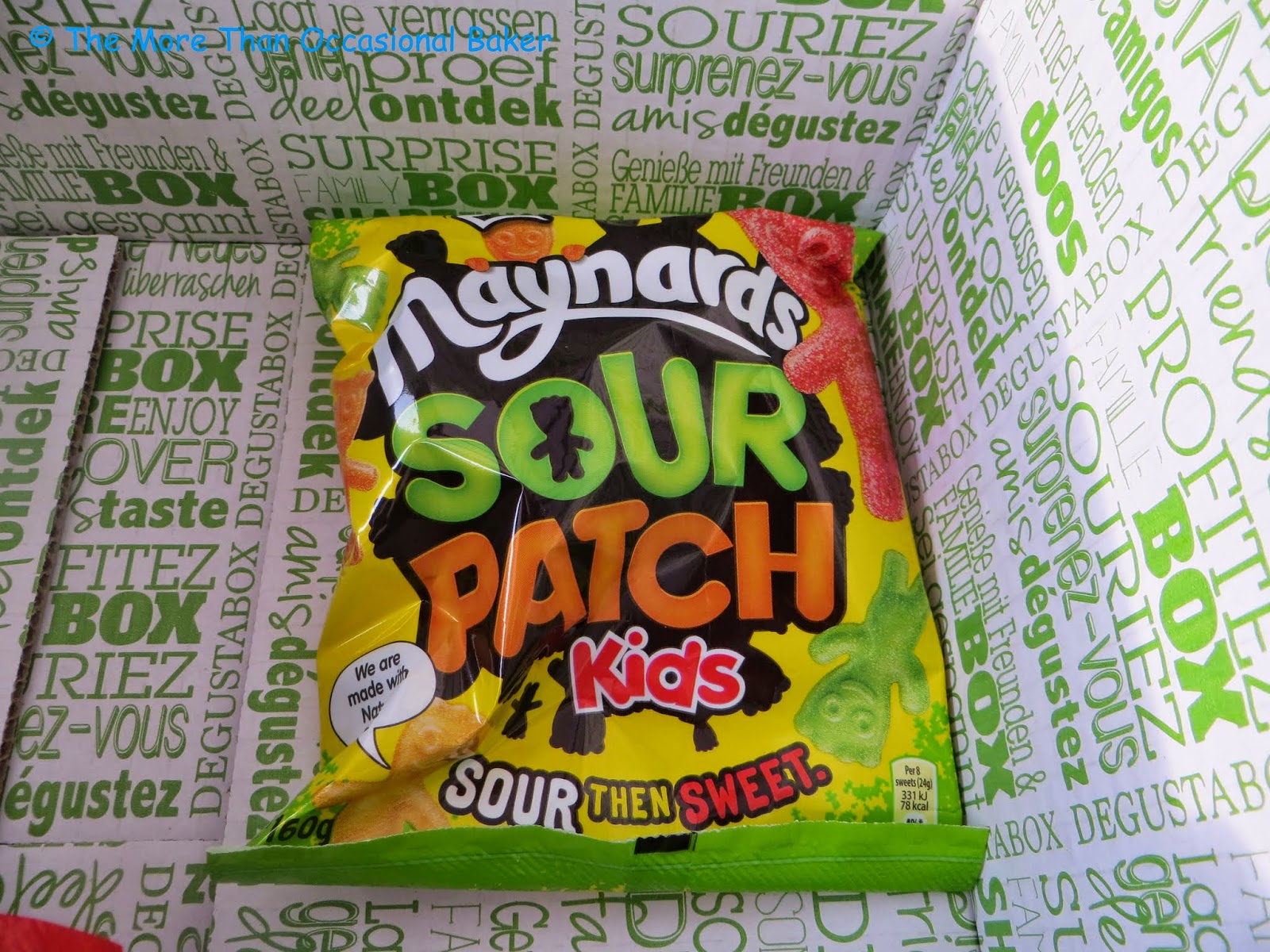 Maynards sour patch kids - sour and sweet all at once!

Disclaimer: I was sent a Degustabox for review purposes. I was not required to write a positive review. All opinions expressed are my own. This is not a sponsored post.
Posted by Baking Addict at 23:23

Email ThisBlogThis!Share to TwitterShare to FacebookShare to Pinterest
Labels: review