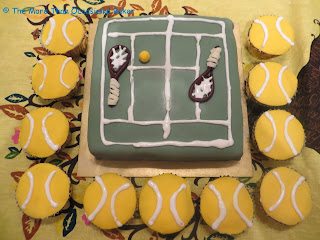 I was asked to bake for a tennis tournament charity event to raise money for charity - half to Macmillan Cancer Support and half to a homeless charity. Initially, I thought I'd bake some brownies, biscuits and possibly a Victoria Sponge cake. However, one sleepless night, I started thinking about themed cakes and as it's for a tennis event I decided to make a tennis court cake and tennis cupcakes! Cake decorating is definitely not my strong suit but I tried my best and was pleased with the final result. It definitely needs a lot more work (especially the icing) but it did the job and raised a fair bit for charity! The tennis court cake sold for £58!! All the cupcakes were sold as well at a suggested donation of £1 per cupcake.

I've just watched this week's episode of the Great British Bake off and I have no idea how they created their showstoppers in 4 hours as this took me longer than that and doesn't even come close to what they produced! Just as well I'm not in the show!

Anyway back to the cakes- the tennis court cake is a vanilla sponge sandwiched with vanilla buttercream and strawberry jam. It was then covered in buttercream and placed in the fridge to set before being covered with green fondant icing. The finishing touches were made with royal icing. You will notice that the icing is terrible as I decided to use egg white powder (instead of fresh egg whites) for the icing and ended up with clumps which prevented me using a smaller tip. The tennis ball cupcakes are lemon cupcakes covered with a thin layer of buttercream followed by a circle of yellow fondant icing. Royal icing was used to pipe 2 lines to resemble a tennis ball. 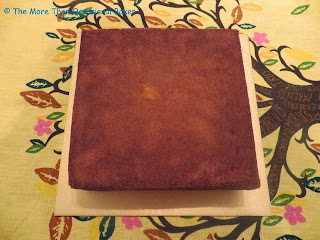 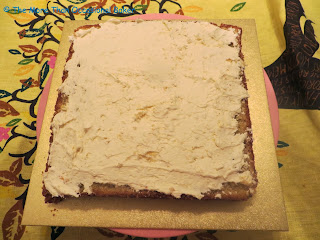 Spread vanilla buttercream on one half 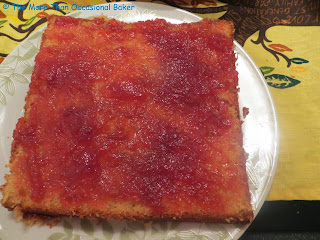 and strawberry jam on the second half 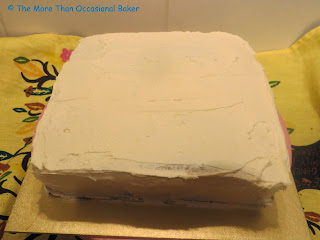 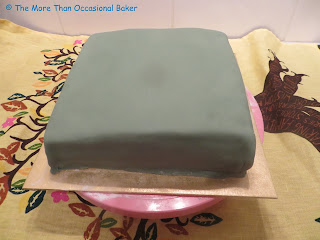 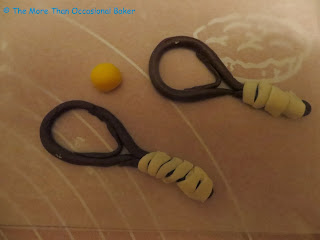 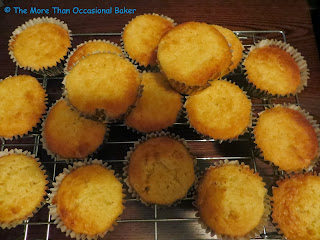 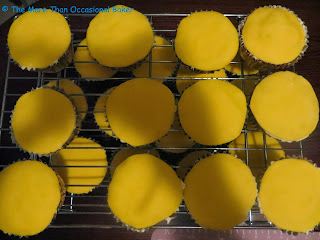