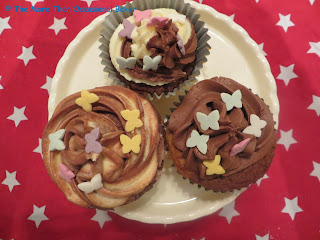 Recently I was asked by Dr Oetker if I wanted to participate in their Great Chocolate Bake which is a cupcake/decorating competition hosted on the Dr Oetker Facebook page.  UK bakers who enter their most creative chocolate cupcake will be in with the chance of winning a trip for two to New York City, the home of the cupcake.
Entries are made by submission through the facebook page or by email. There is a public voting system but the winner will be chosen by a judging panel (the promoter and an independent adjudicator) so it does not rely solely on votes but they will be taken into consideration. Entry is free and the only criteria is that it is a chocolate cupcake (giant cupcakes are not allowed), baked by yourself and uses at least one Dr Oetker baking product. The judges are looking for cupcake recipe creativity and originality and aesthetic look of the finished cupcake. The closing date is 17th October 2013 so get baking! 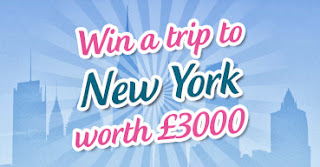 Having said all that I had great plans for my cupcakes but all didn't go to plan. I recently came back from America and I bought a two tone cupcake insert. I thought I'd make a triple chocolate cupcake using dark, milk and white chocolate to create the different tones and adding in different coloured chocolate chips to each batter and frost with a two tone chocolate icing. I know it's not the most original of ideas but the competition is entitled the great chocolate bake so I decided to incorporate as much chocolate as I could! However, I found the insert difficult to work with as the batter stuck closely to the insert and it was impossible to get my cakes looking like the advertised picture. I ended up putting a spoonful of each batter and let the oven work it's magic. 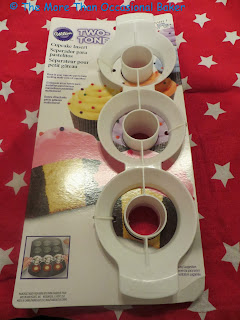 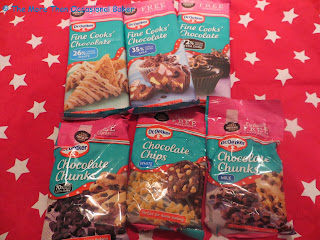 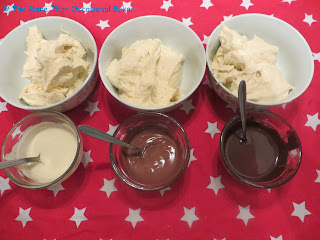 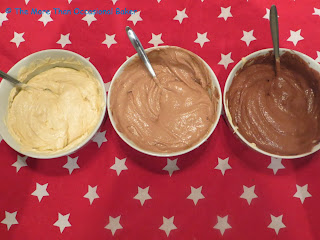 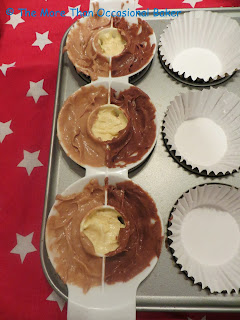 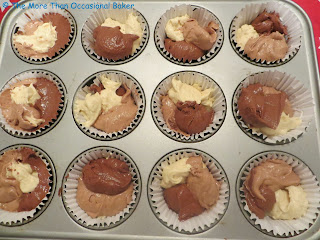 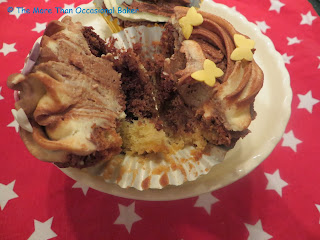 You can definitely see the marble effect in the cake


Disclaimer : I was sent a selection of Dr Oetker chocolate and cake decorating products free of charge in exhange for promoting this competition and to help me create my own entry to the competition. I was not given any other compensation nor does it affect my entry competition.