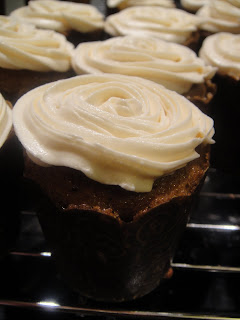 I've been dying to make these cupcakes ever since I saw them in Fiona Cairns book 'Bake & Decorate Tea Time Luxury'. One of my favourite bloggers, Heavenly Housewife wrote a post about this book recently and I knew I had to get a copy. As it happens the theme for this month's Iron Cupcake Challenge was fruit so I made these as my entry. I usually like to make a test run before the challenge in case it needs tweaking but didn't have time this time. Fortunately the cakes turned out fine. The icing however was a different story. I burnt the caramel the first time round and couldn't use it as it had a bitter after taste. I then had to go out to meet some friends and therefore started my second batch of caramel at 11pm (on a sunday night)! I watched it even more closely and probably could have left it a little longer but I didnt want to take any chances. I then had to wait for it to cool completely before making the buttercream. It tasted really good and I thought my troubles were over.
Apparently not as disaster strikes twice. Approximately 2 hours later, I was ready to pipe the buttercream on my cakes and unfortunately I had bits of caramel that had crystallised clogging up my piping tube. Had to use a different piping bag in the end which had a removable nozzle so I could easily clear the obstruction each time it occurred. It took much longer than I expected to frost all the cakes as I had to re-do quite a few of them. The silver lining though is that the pattern is really pretty - it looks like a rose, doesnt it? I've not used this nozzle before so was really pleased with the end result.
Would I make this again? YES! In fact I made another batch on Tuesday night as everyone got to look at it on Monday but couldn't eat it as it was for the challenge. Voted one of my best baking creations by my colleague who has sampled almost everything on here. The cake is really moist and light and the salted caramel buttercream is amazing. I'll confess, I had a small bowlful of buttercream for breakfast on Tuesday :) Thought I deserved it after all this effort! 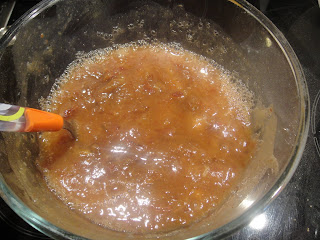 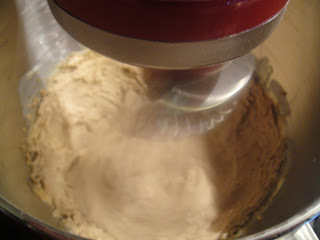 KitchenAid in action (Again? I know I can't help it, I just love it so much) 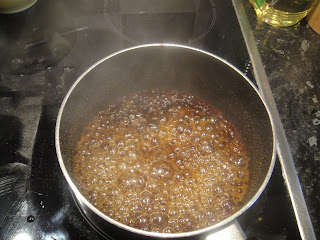 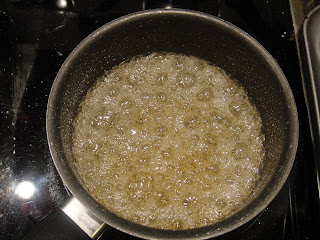 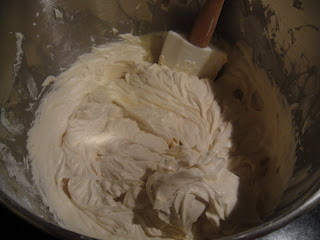 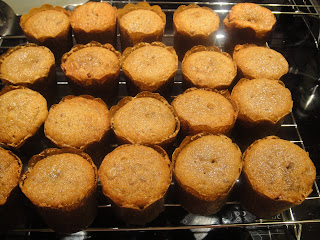 Cakes waiting to be frosted 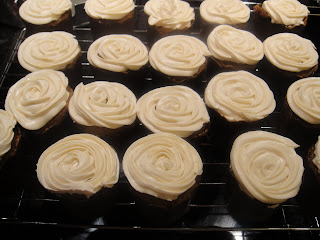