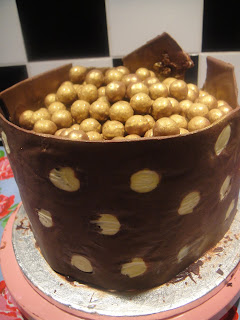 I attended the first cake club at Cakes4Fun last week where the theme was 'Glitz&Glamour' - there will be a post on this with photos of all the delicious cake I got to eat coming right up. I debated for ages about what to make to fit the theme. I had a few ideas and finally settled on Edd Kimber's ultimate chocolate cake from his book the boy who bakes. I had originally intended to make this cake for my friend's birthday but decided on a raspberry ripple cake at the last minute. So I'm glad I finally got a chance to try this cake.
It's a really soft and moist chocolate cake which was surprisingly light. The chocolate ganache is heavenly and I could quite happily eat it all on its own! Well I did have to taste a little bit you understand - chef's tax :) I decided to 'glitz' it up by making a chocolate collar (first time with slightly disastrous results!) and add gold shimmer spray to the maltesers on top. Has anyone else tried Dr Oetker's gold shimmer spray? - AMAZING!
The result : a giant chocolate cake wrapped in a chocolate collar (with a few cracks) and gold, glittery maltesers on top. A bit OTT perhaps but it was well worth the effort. It tasted absolutely divine and looked pretty from the 'good' side!  I had strangers stop me on my way to and back from cake club saying they like my cake which was really sweet. I was quite upset that it didn't turn out perfectly and it actually got worse on my way to cake club but more on that later. Back to the cake.... 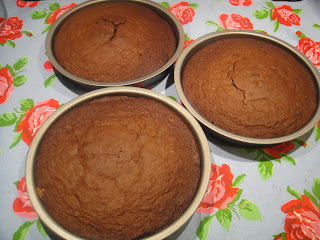 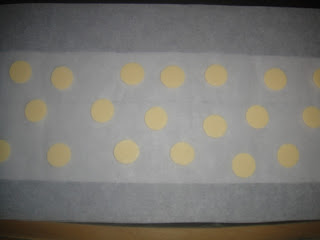 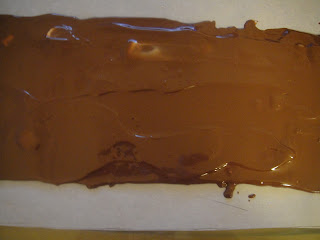 Next melt chocolate in a bowl over a pan of barely simmering water. I used a combination of milk and dark chocolate here. Allow to cool slightly then spread on top of your white buttons, using a small palette knife to spread it evenly. Allow to set then wrap around the cake. Note : do not leave it until it's completely dry which is what I did as it was past 1am and I really needed to get to bed! It will then be very hard and difficult to bend resulting in cracks! 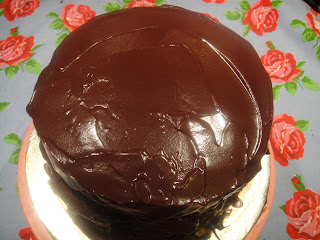 spread ganache between each layer of cake, down the sides and on top 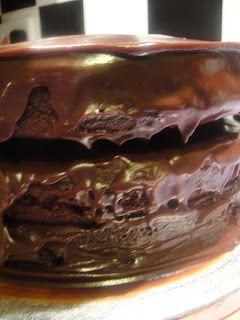 my cakes were a little wonky (I accidentally put the top cake the wrong way up creating a gap in the middle) Ah well nothing that a bit of ganache and a chocolate collar can't fix! 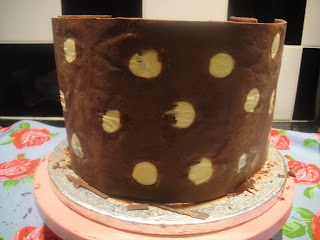 hence the collar... this is the 'good' side 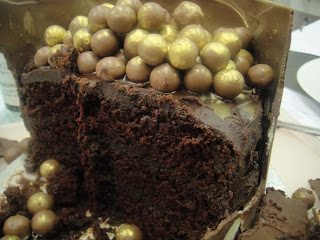 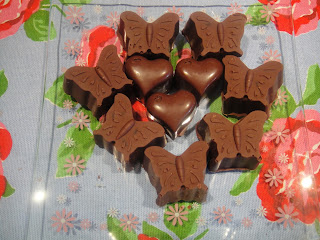