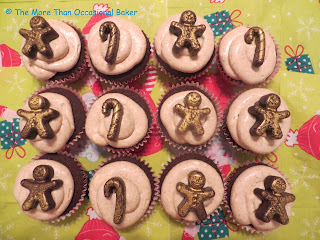 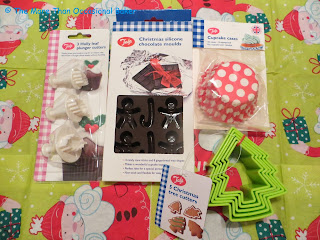 I'm not a fan of gingerbread or ginger but I know I'm in the minority so in the spirit of Xmas and sharing I made these cupcakes to give away. Most of the recipes I saw online have similar ingredients of treacle, dark brown sugar, ginger and spices. I chose this recipe from King Arthur flour which had good reviews.

I made a golden syrup cream cheese frosting with cinnamon as I thought it would pair well with the sticky gingerbread. The frosting tasted heavenly! The feedback I received from the cupcakes were that "It's Christmas in a cupcake". The cake is moist and sticky and full of ginger and spice. The frosting complemented the cake very well and everyone was amazed by the decorations.

The chocolate moulds were really easy to use - melt chocolate, pour in the mould and leave to set. They were easy to remove with no breakages. I sprayed them gold which really brings out the detail. The cupcakes cases are sturdy and strong and does not become transparent after baking which I was really pleased about.

Check back tomorrow/weekend as I have a very exciting project to share with you using the tree cookie cutters and a giveaway from Tala.

I'm sharing this with several challenges this month :-

AlphaBakes which I am hosting this month and co host with Caroline from Caroline Makes. The letter this month is X and we are accepting any Xmas related bakes. These apparently are Xmas in cupcake form so I think it's perfect. 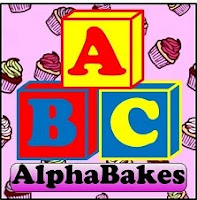 Tea Time Treats hosted by Kate from What Kate Baked and co-hosted by Karen from Lavender and Lovage. The theme this month is Festive Food Gifts and I think these would make a great festive gift. 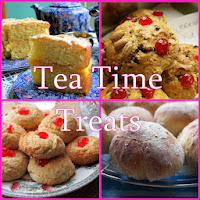 Calendar Cakes hosted by Rachel from Dolly Bakes and co-hosted by Laura from Laura loves Cakes. The theme this month is Jingle Bell Rock. These definitely rock! :) 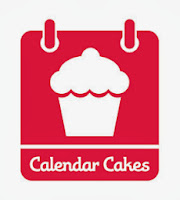 Treat Petite hosted by Stuart from Cakeyboi and co-hosted by Kat from the Baking Explorer. The theme this month is Happy Holidays. 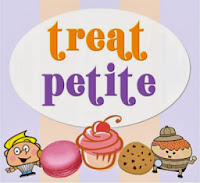 Four Seasons Food hosted by Anneli from Delicieux and Louisa from Eat your Veg. The theme this month is Party Food and these cupcakes would be perfect for any party. 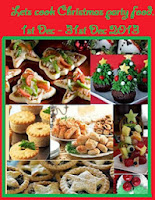 The Spice Trail: Cooking with Cinnamon hosted by Vanesther from Bangers & Mash. 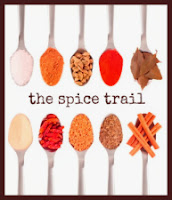 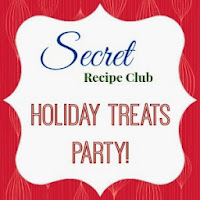 Disclaimer: I was sent the items above to review free of charge. I was not required to write a positive review. All opinions expressed are my own. I paid for all the ingredients myself.
Posted by Baking Addict at 22:11