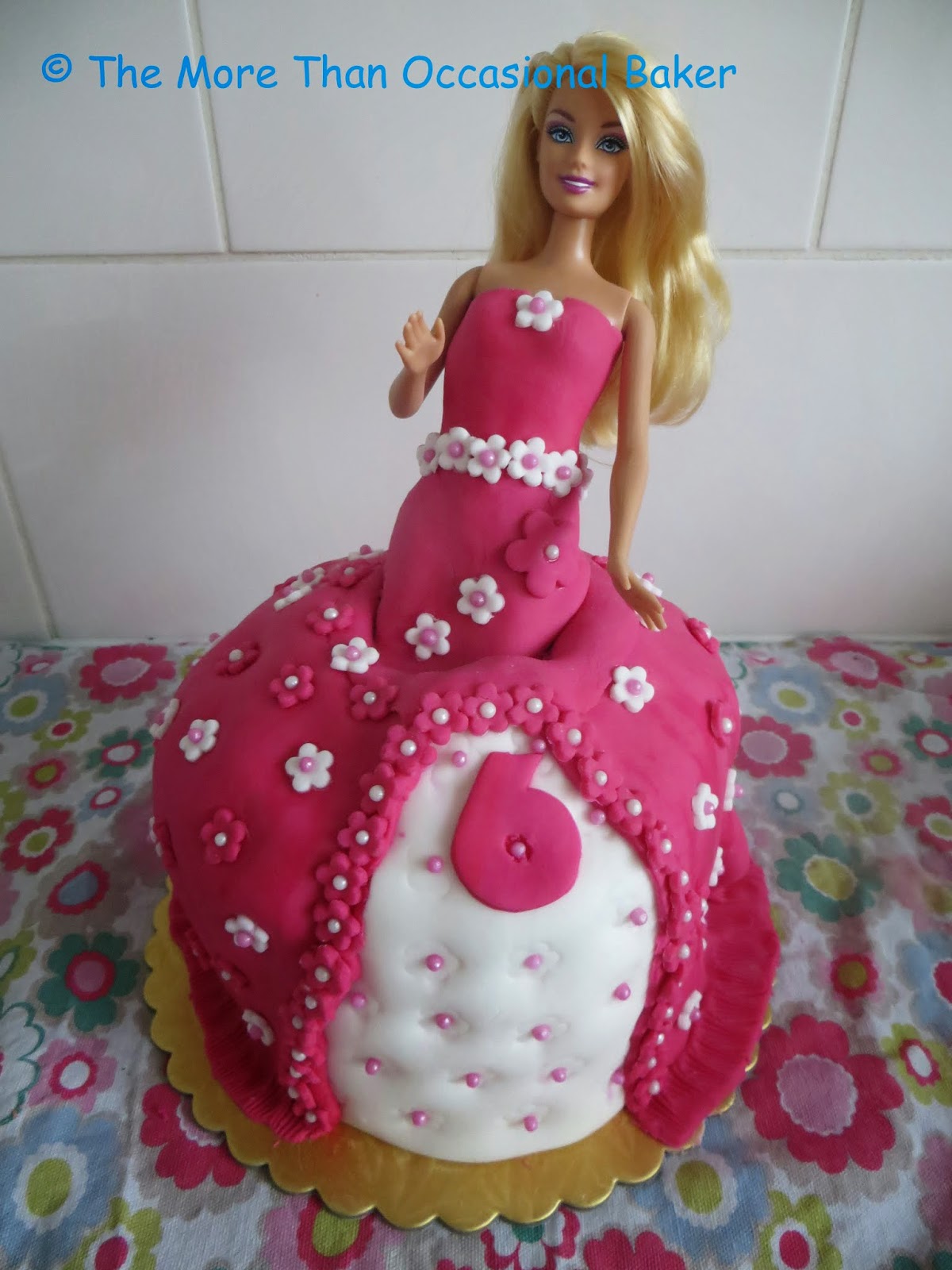 This is another cake order from work for a Barbie cake. I've never made one before but I've been wanting an opportunity to make one especially after my AlphaBakes co-host Caroline made one for my birthday last year. Unfortunately all didn't go to plan and I had to improvise and hope for the best. Luckily the birthday girl was pleased and on reflection, it really doesn't look too bad. I used Nigella's old fashioned chocolate cake recipe which is my go to chocolate cake recipe. 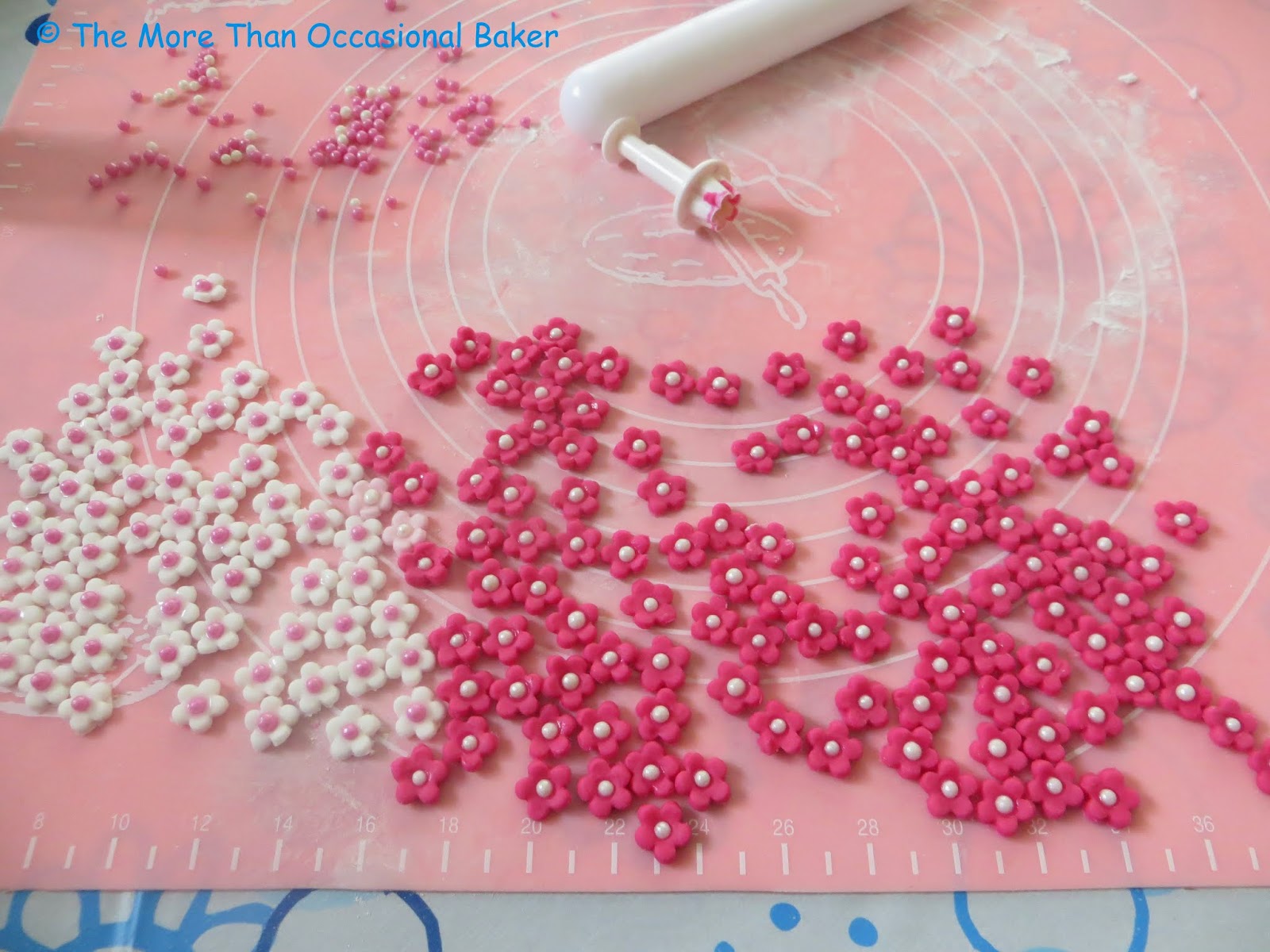 I used a cutter to cut out little flowers 2 days ahead so that it had time to dry. 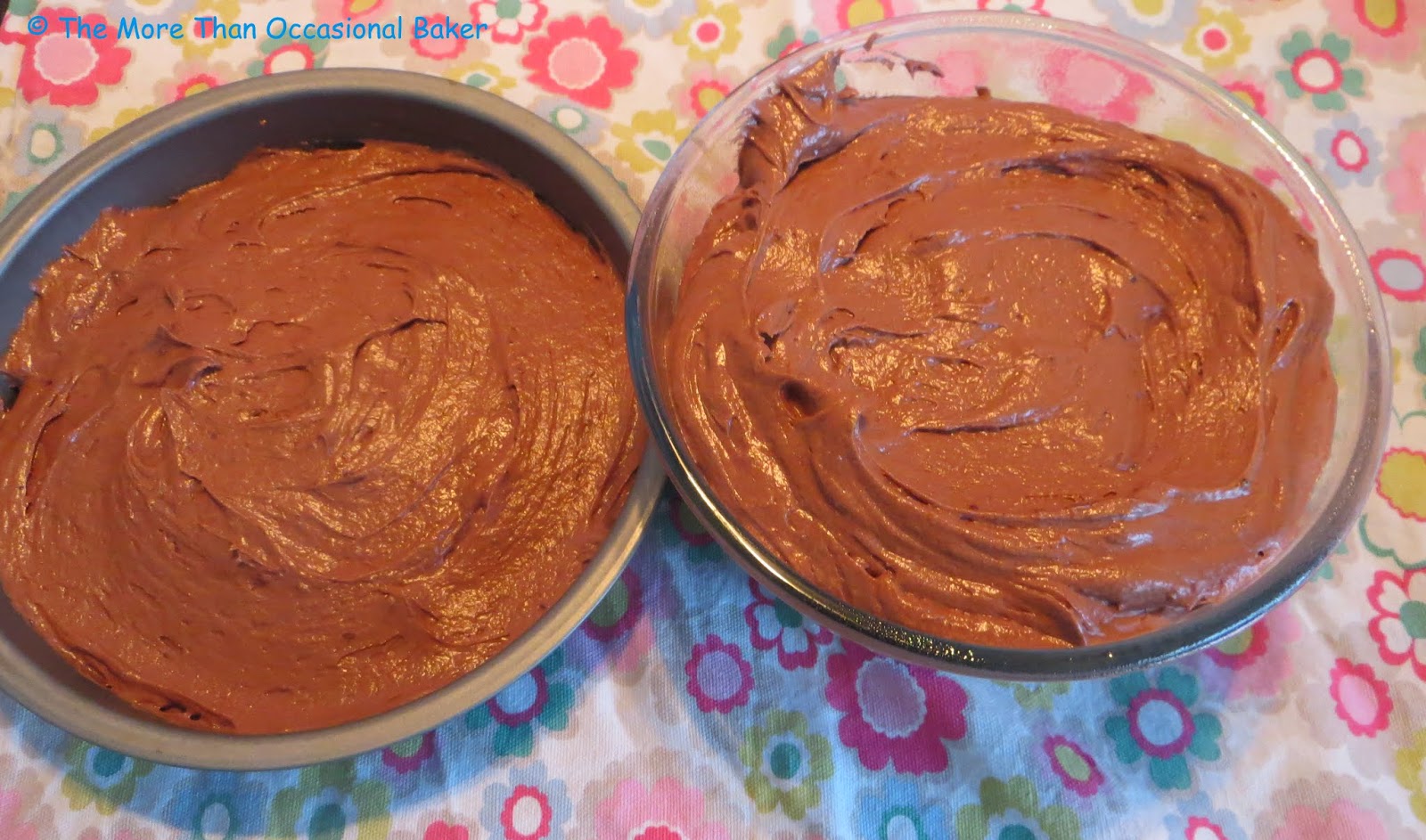 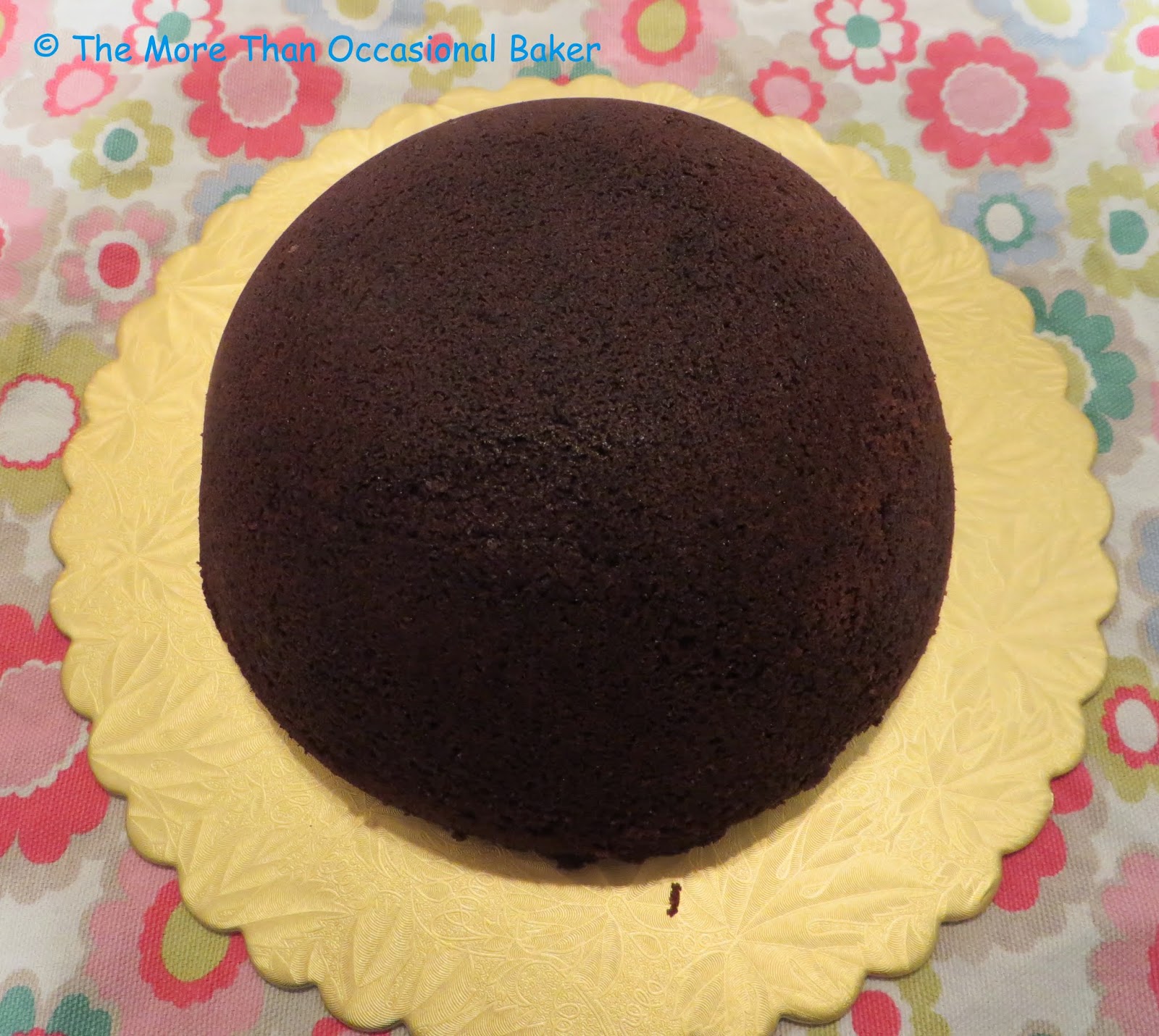 This is the 'glass bowl' cake 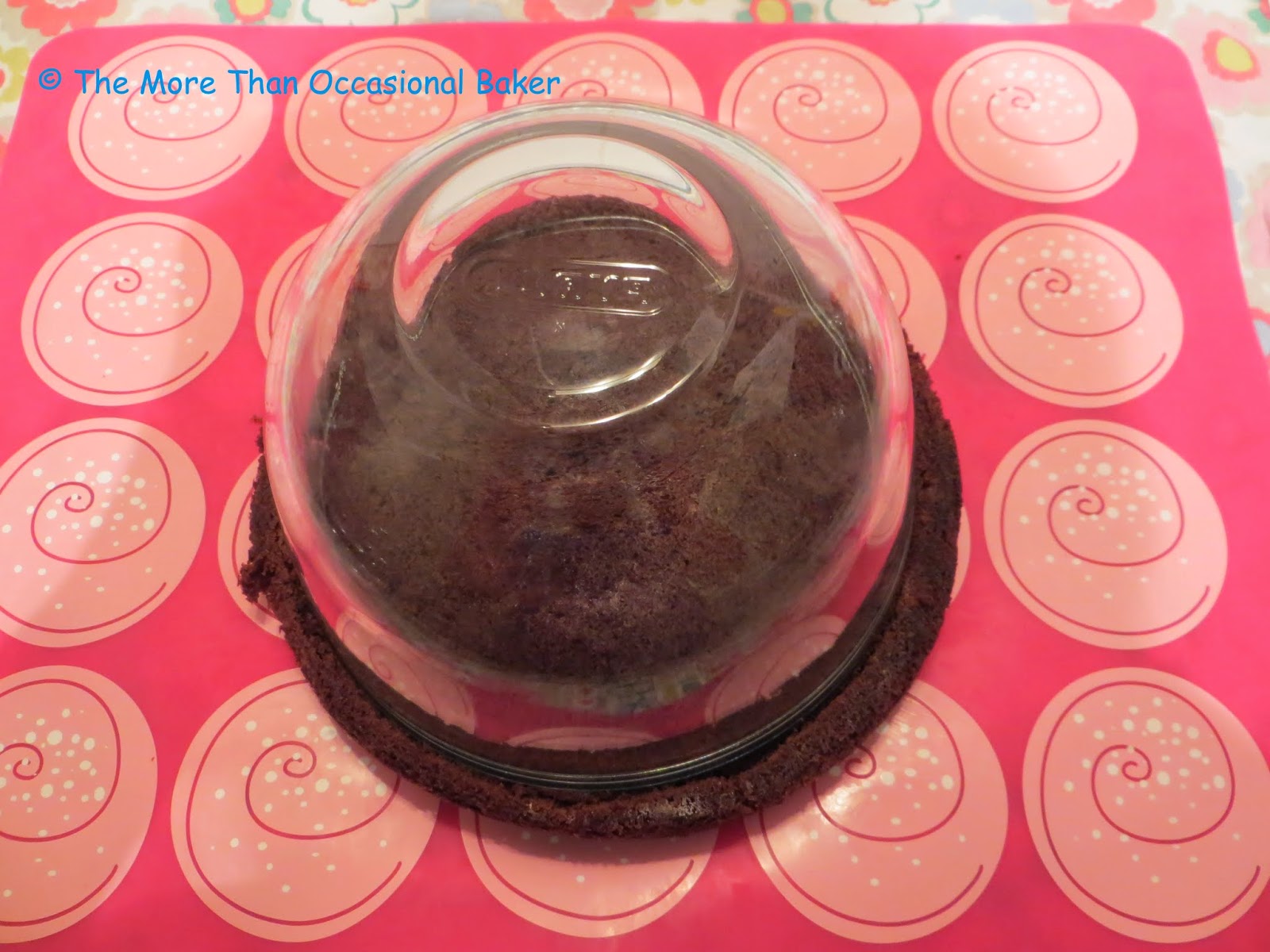 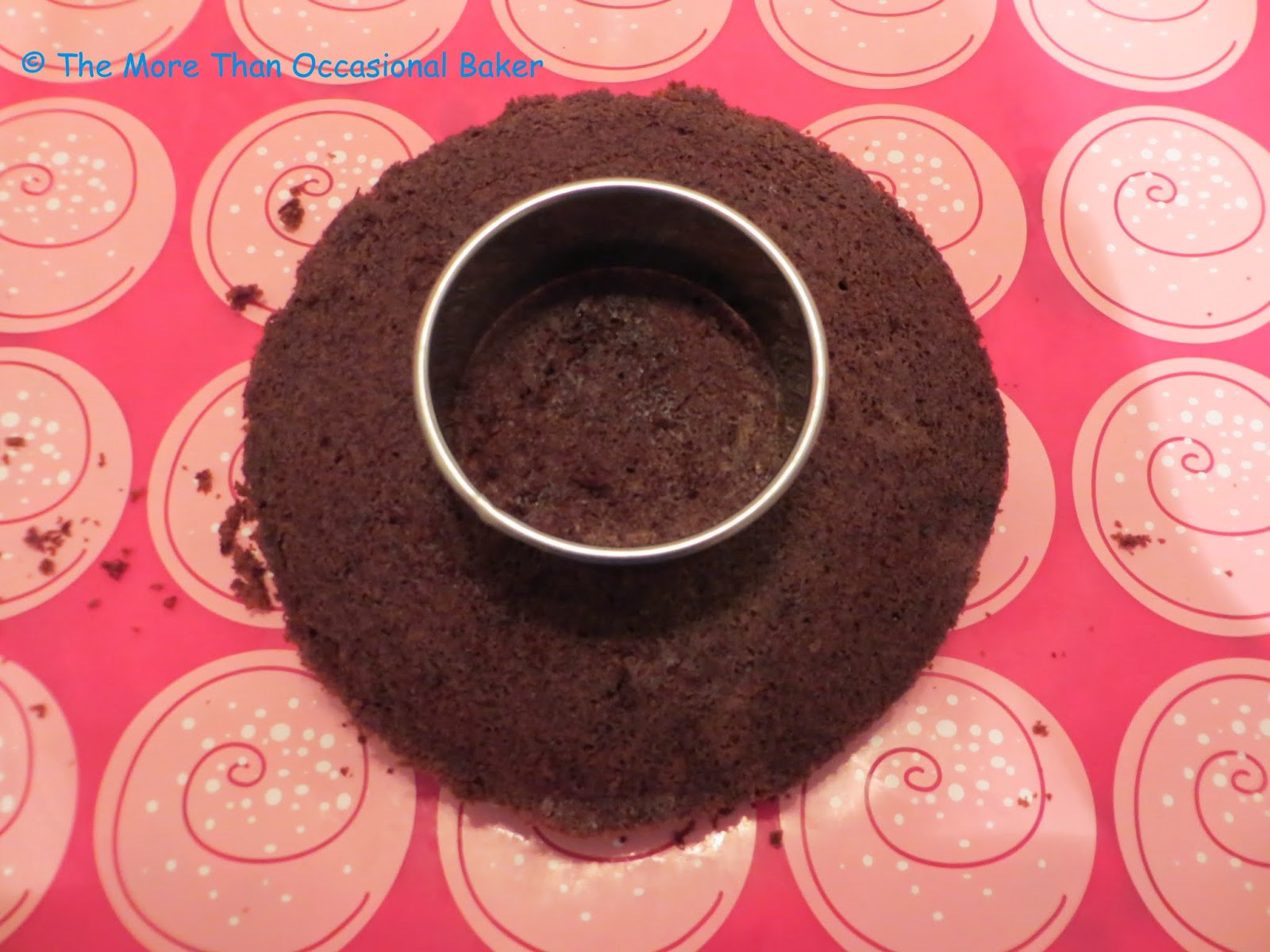 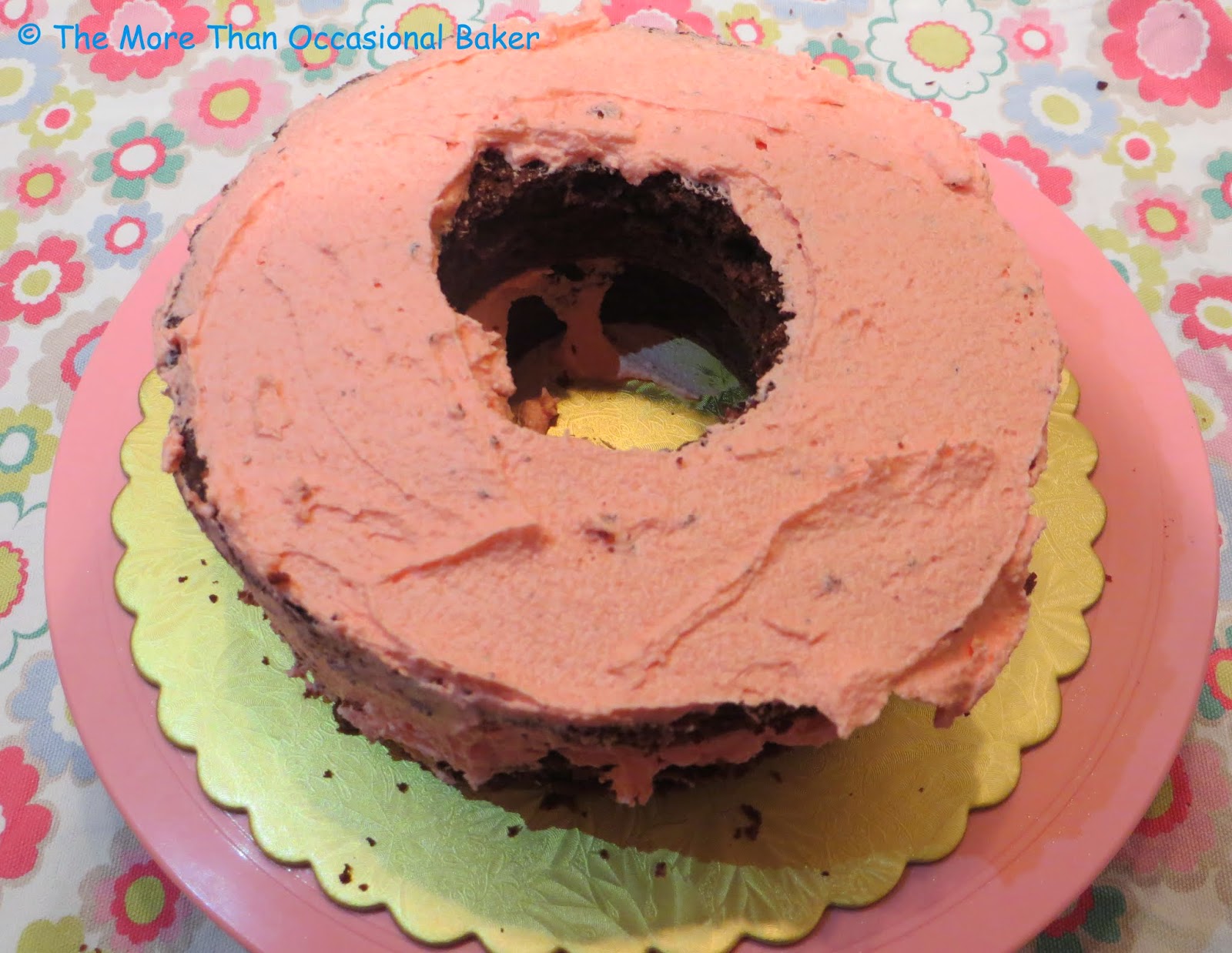 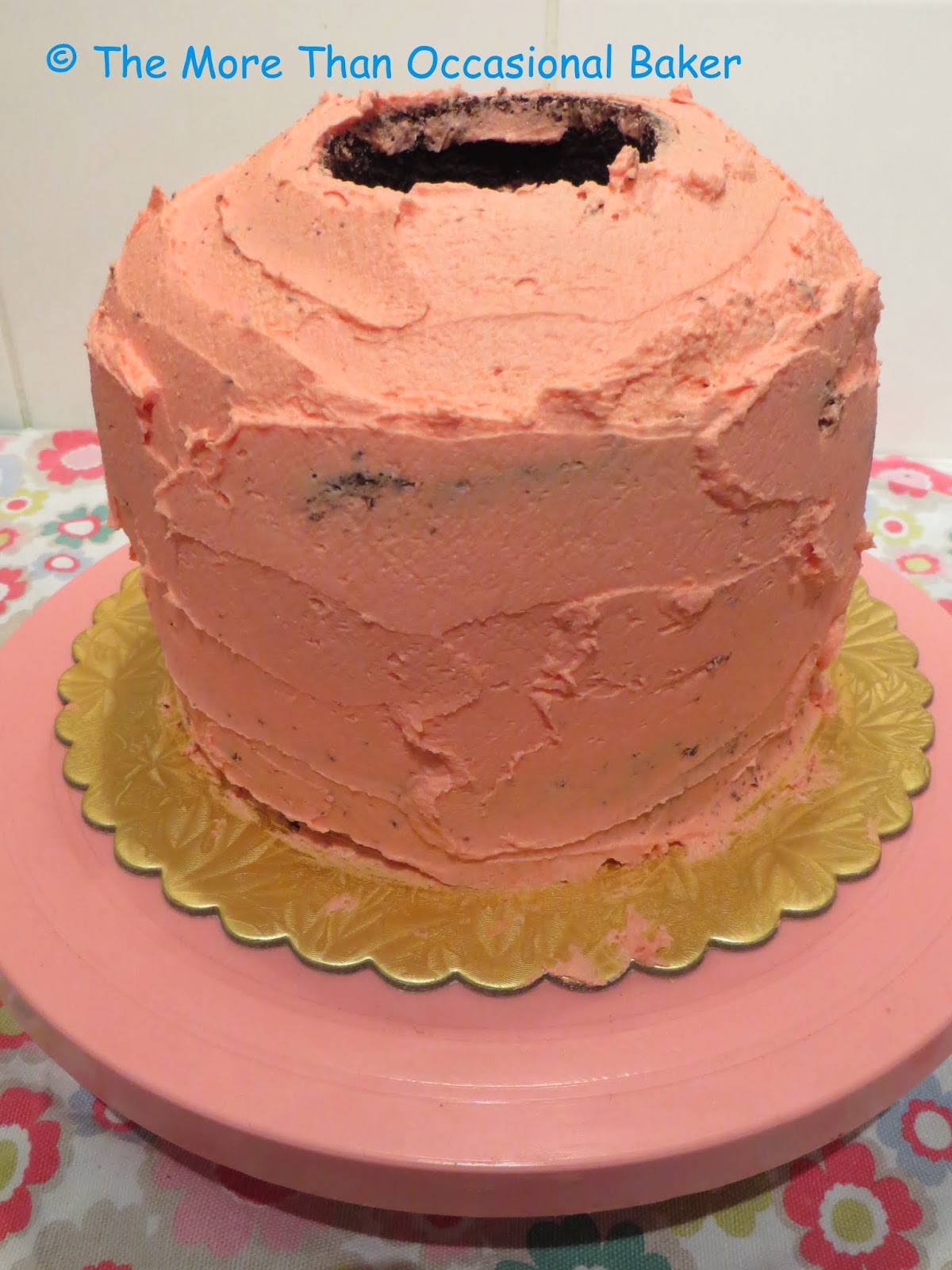 My first mistake was not using a smaller cookie cutter to cut out the middle of the top layer which is why my Barbie is leaning. I also realised too late that Barbie has really long legs! The cake only came up to her thighs instead of her waist as planned so I had to put extra icing on her body. 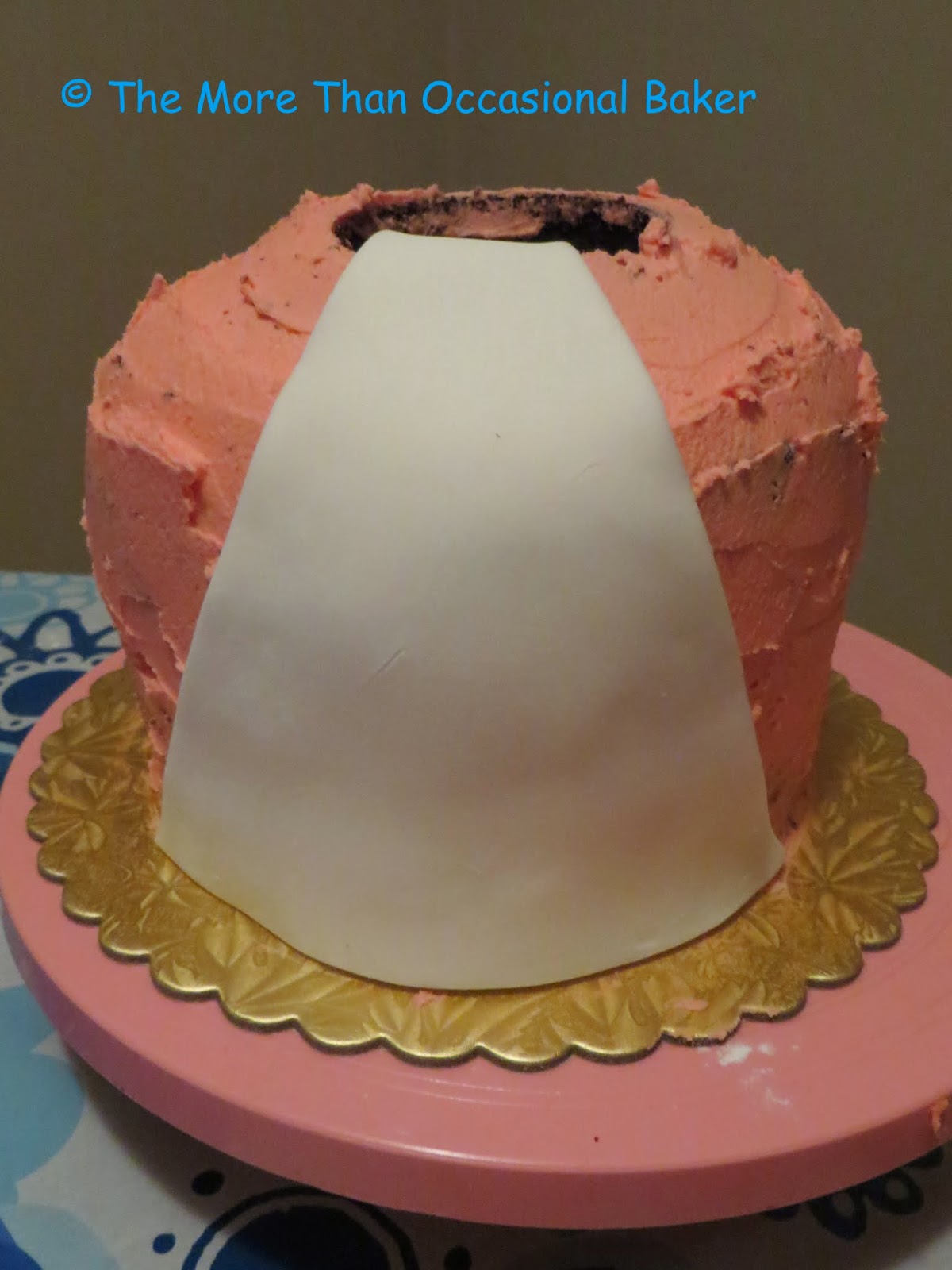 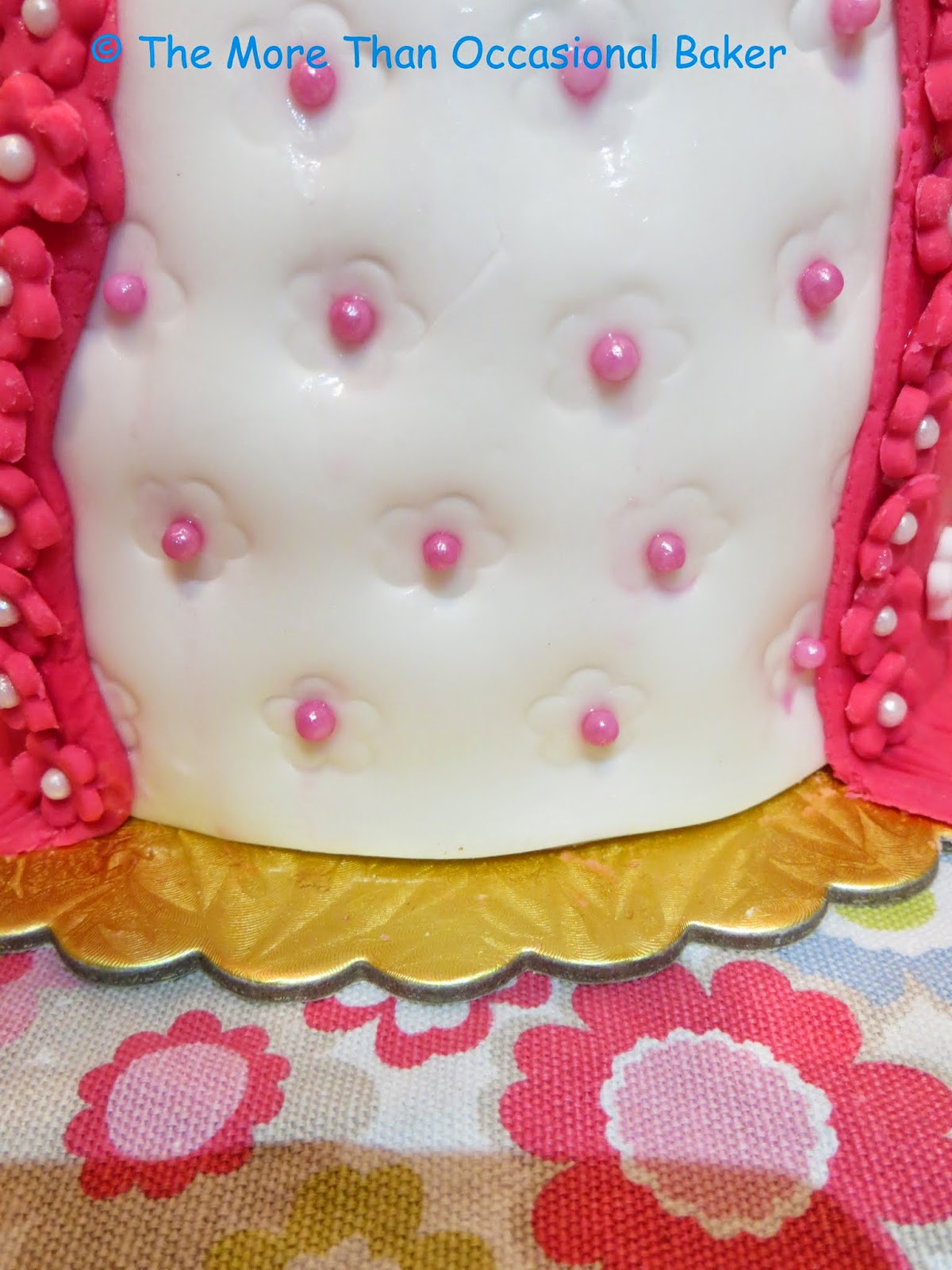 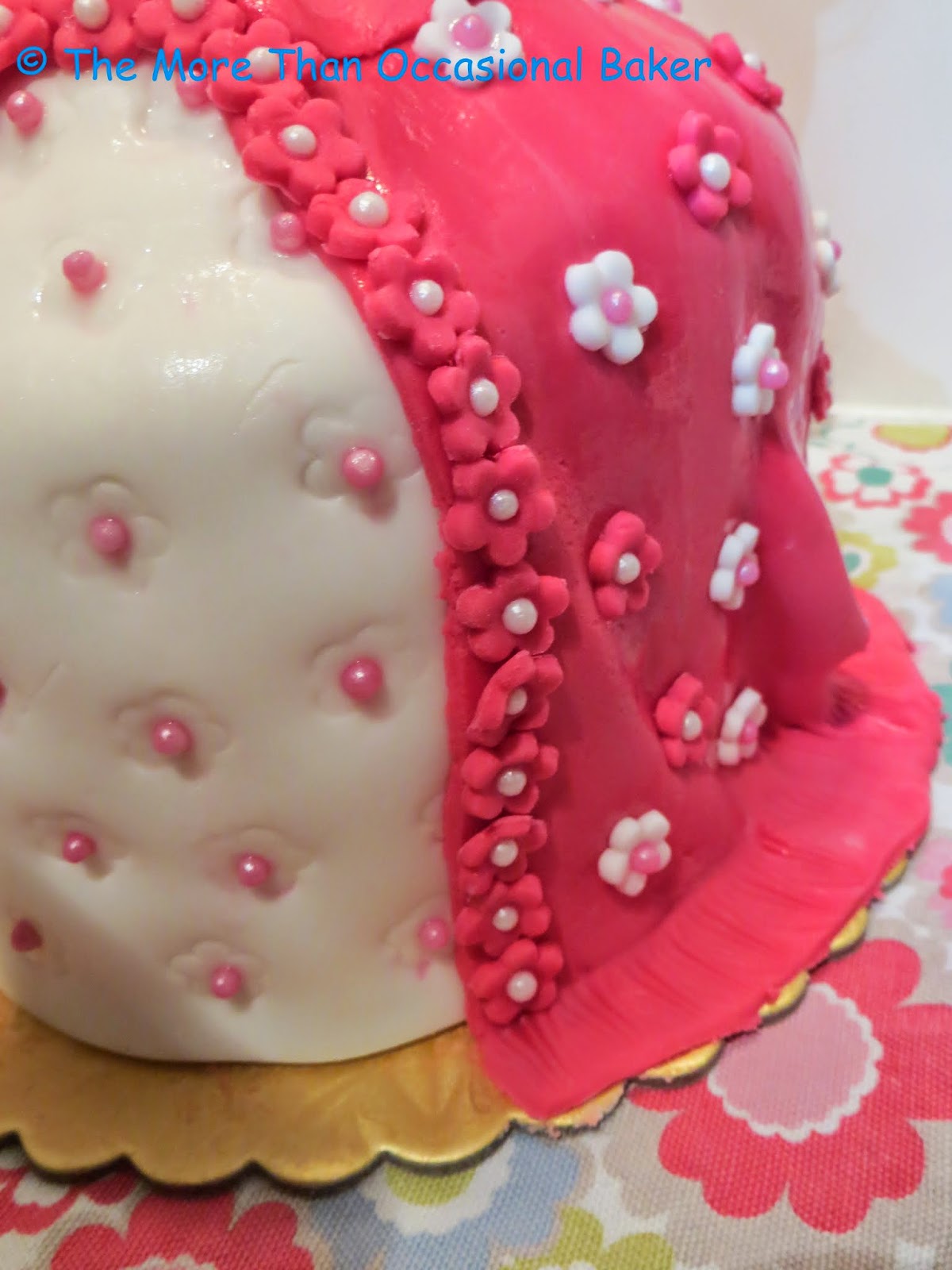 I stuck lots of flowers all over her dress including a row on either side of her skirt. I also used a scallop tool to create a pattern on the bottom of her skirt 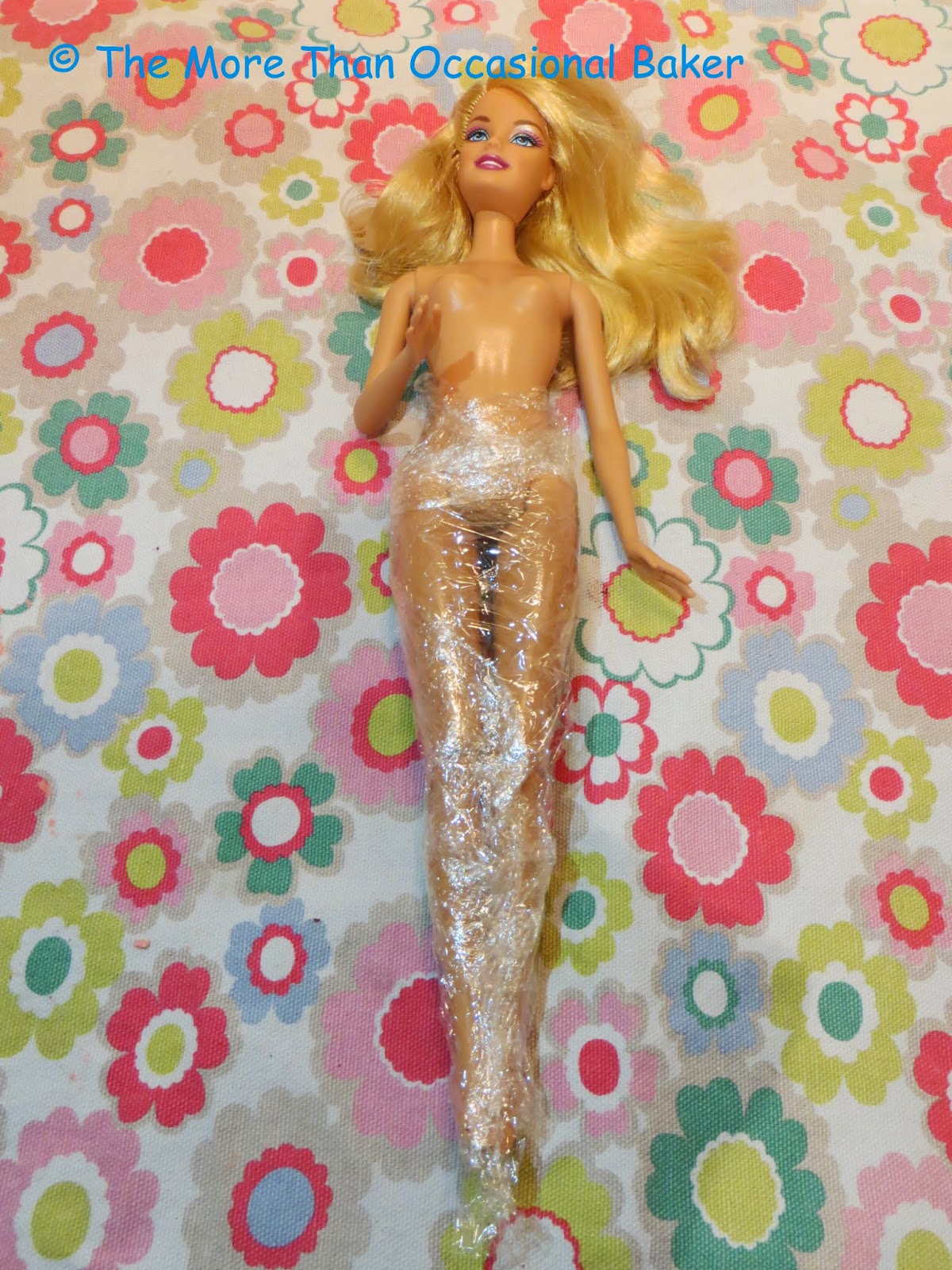 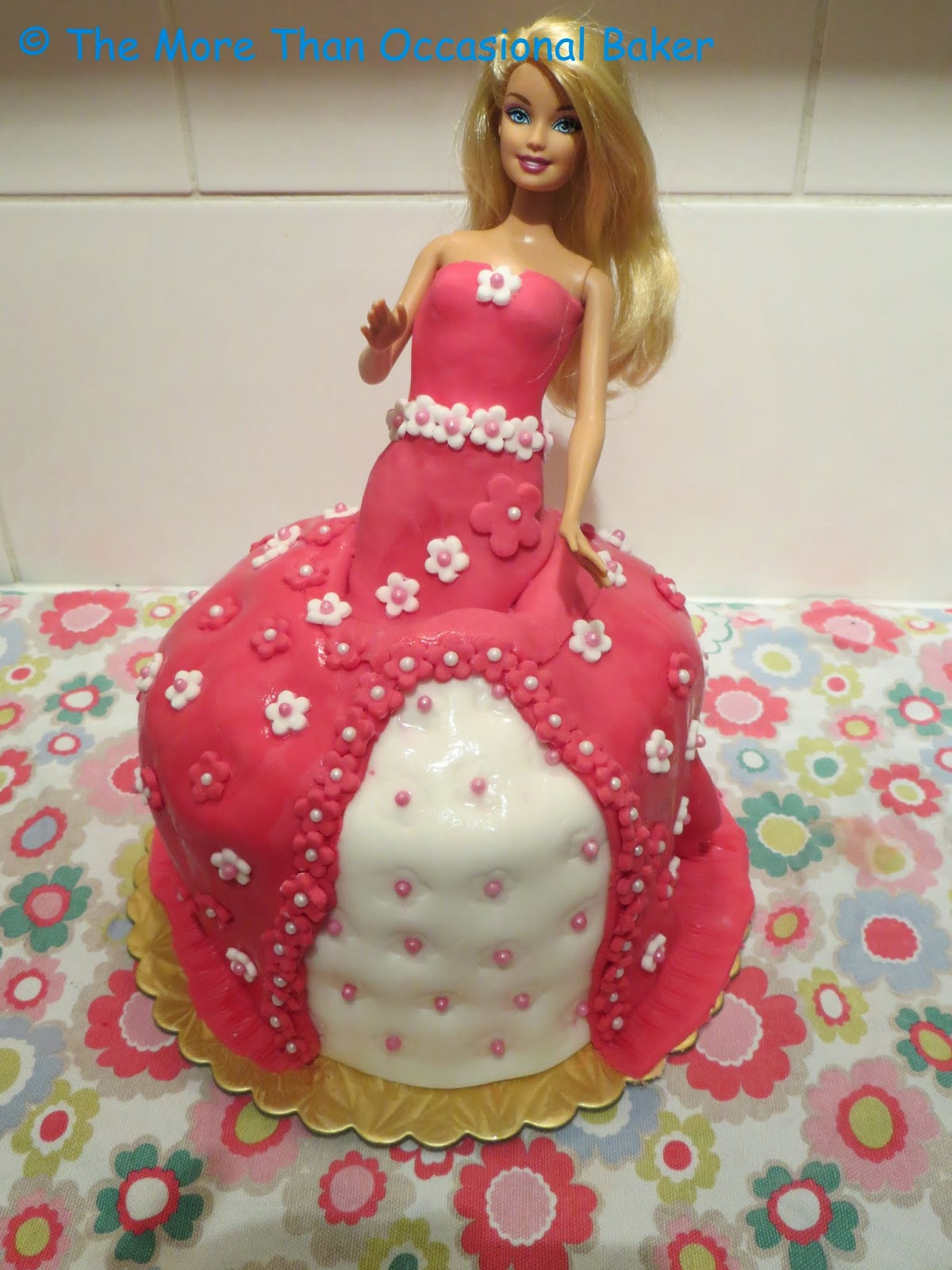 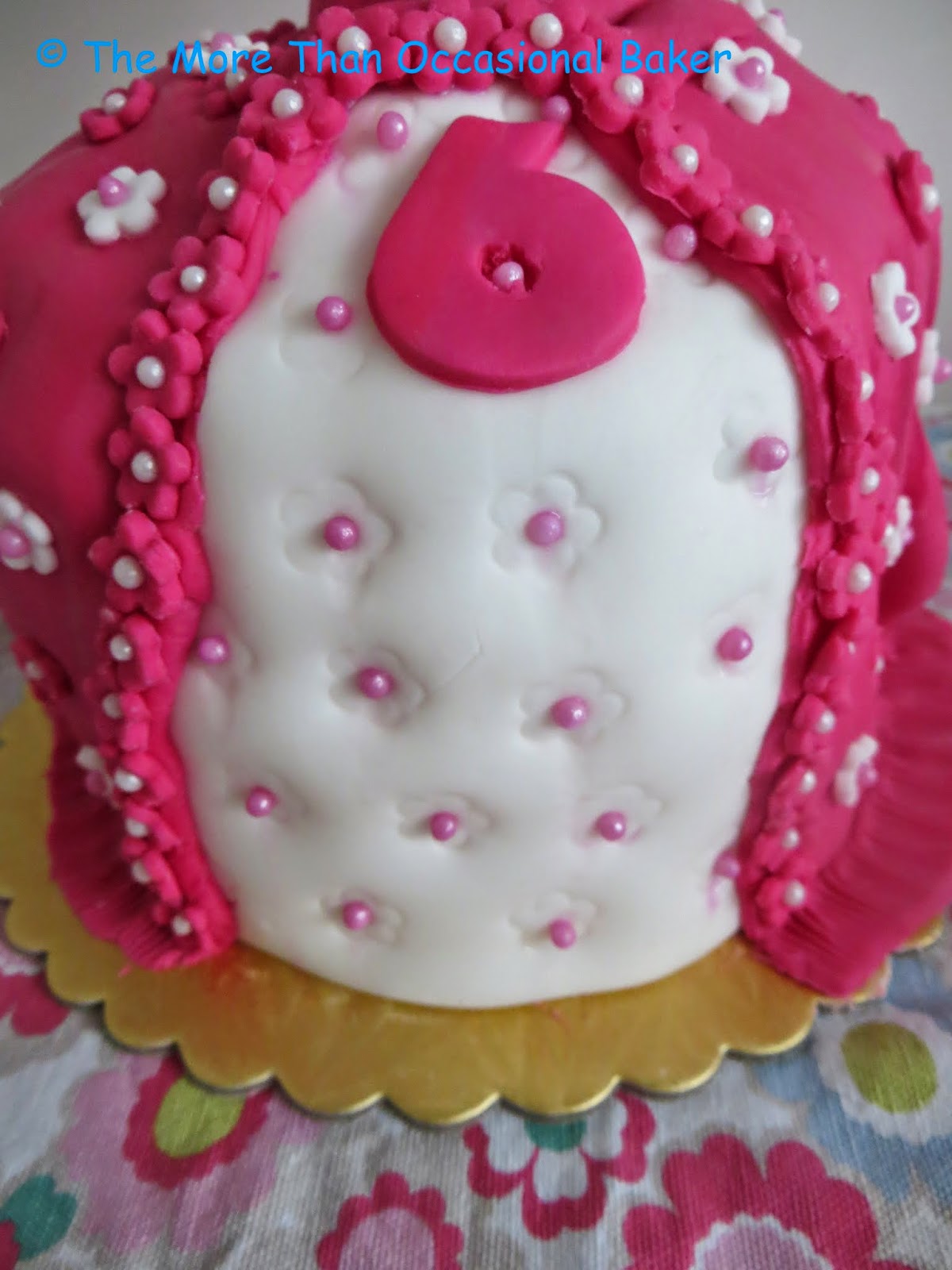 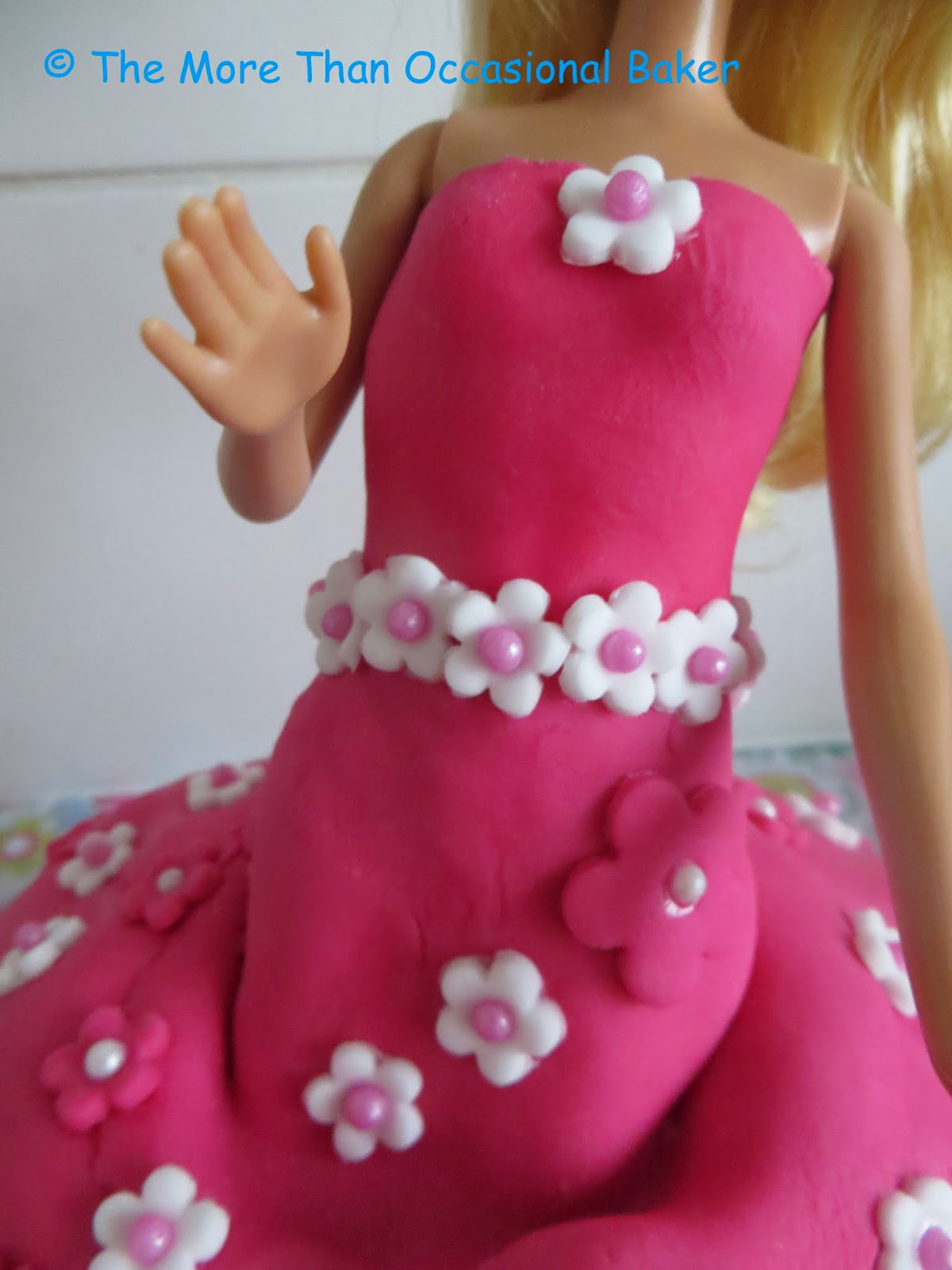 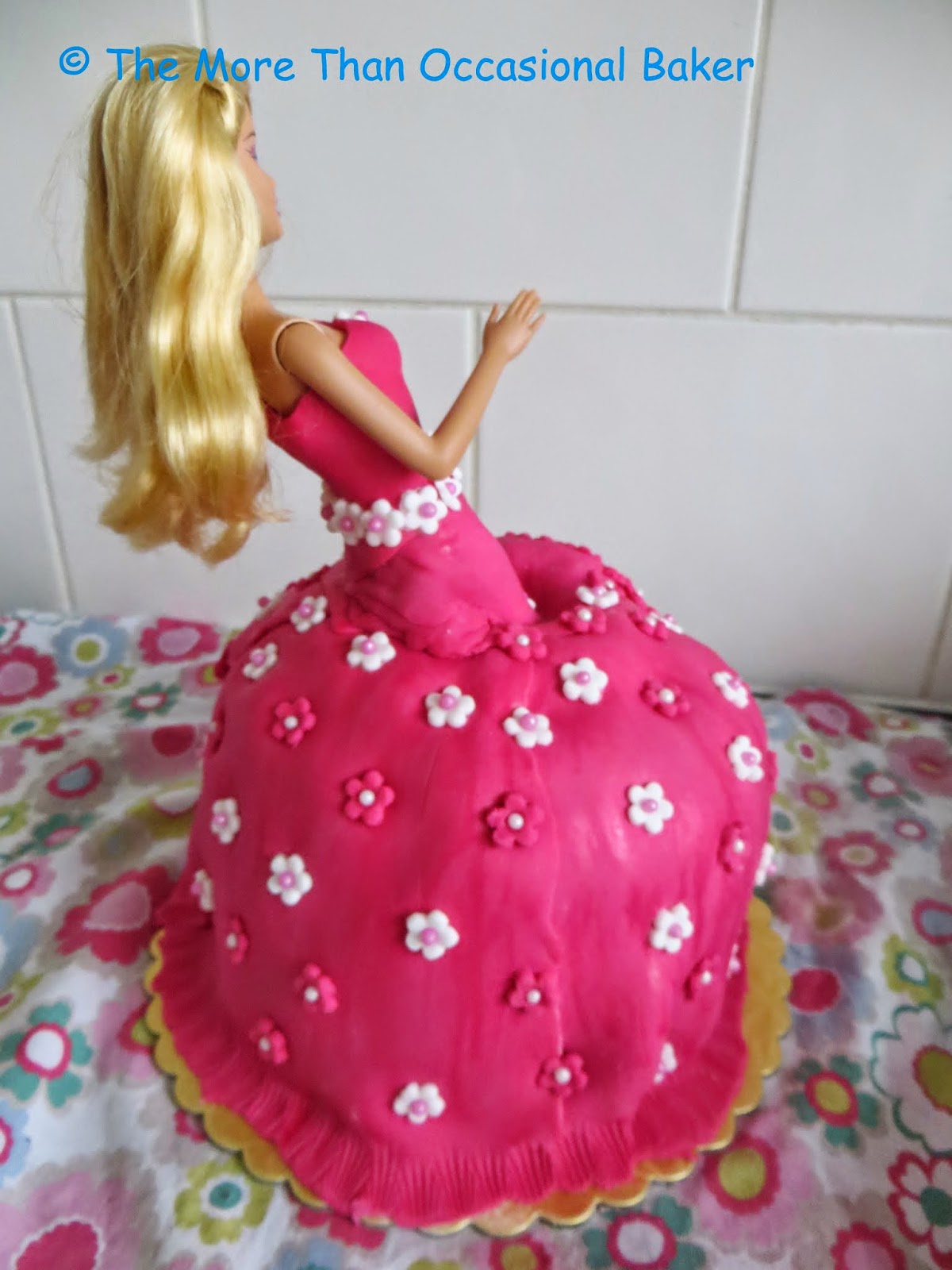 You can see how Barbie is leaning back here 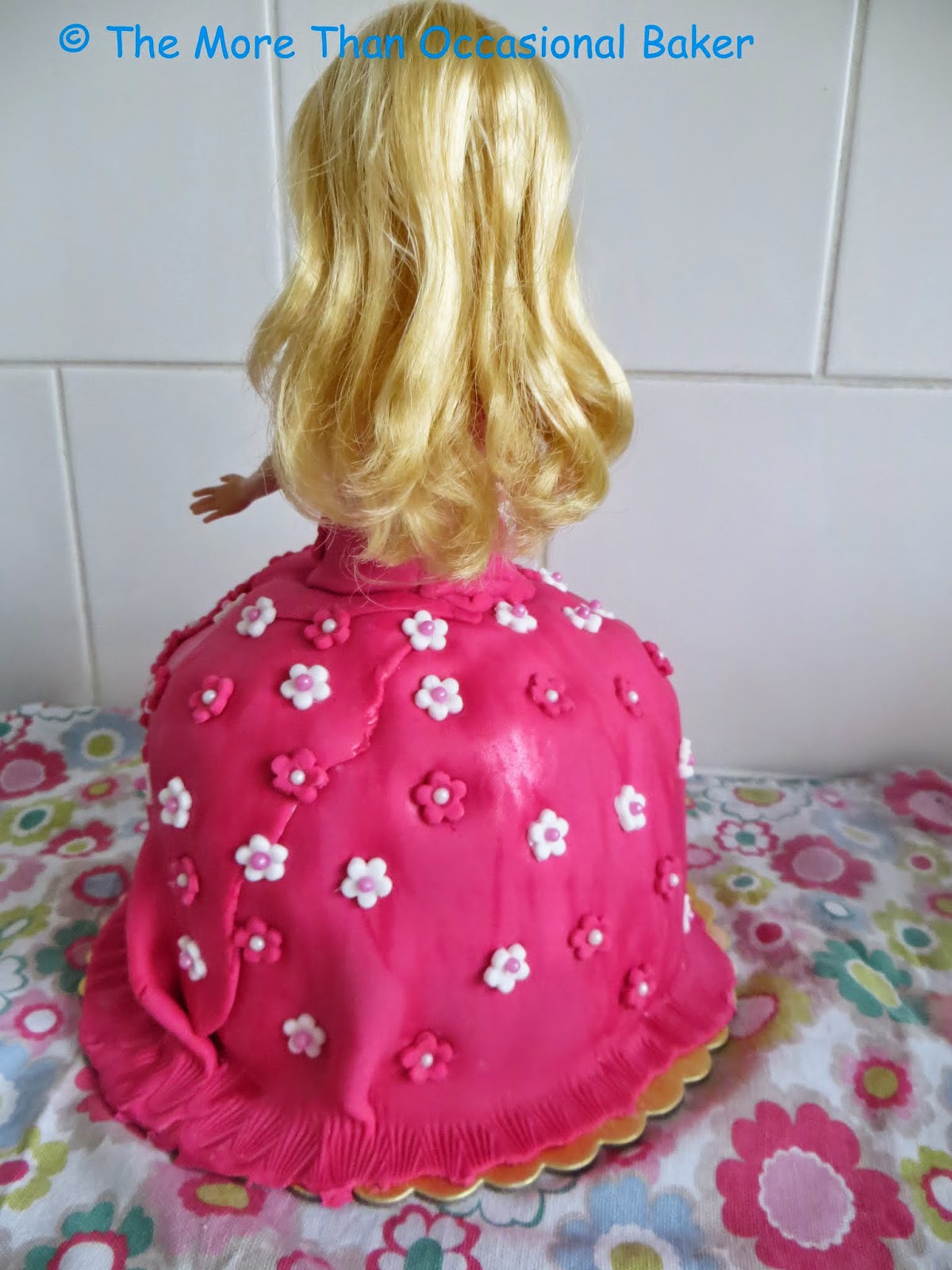 View from the back 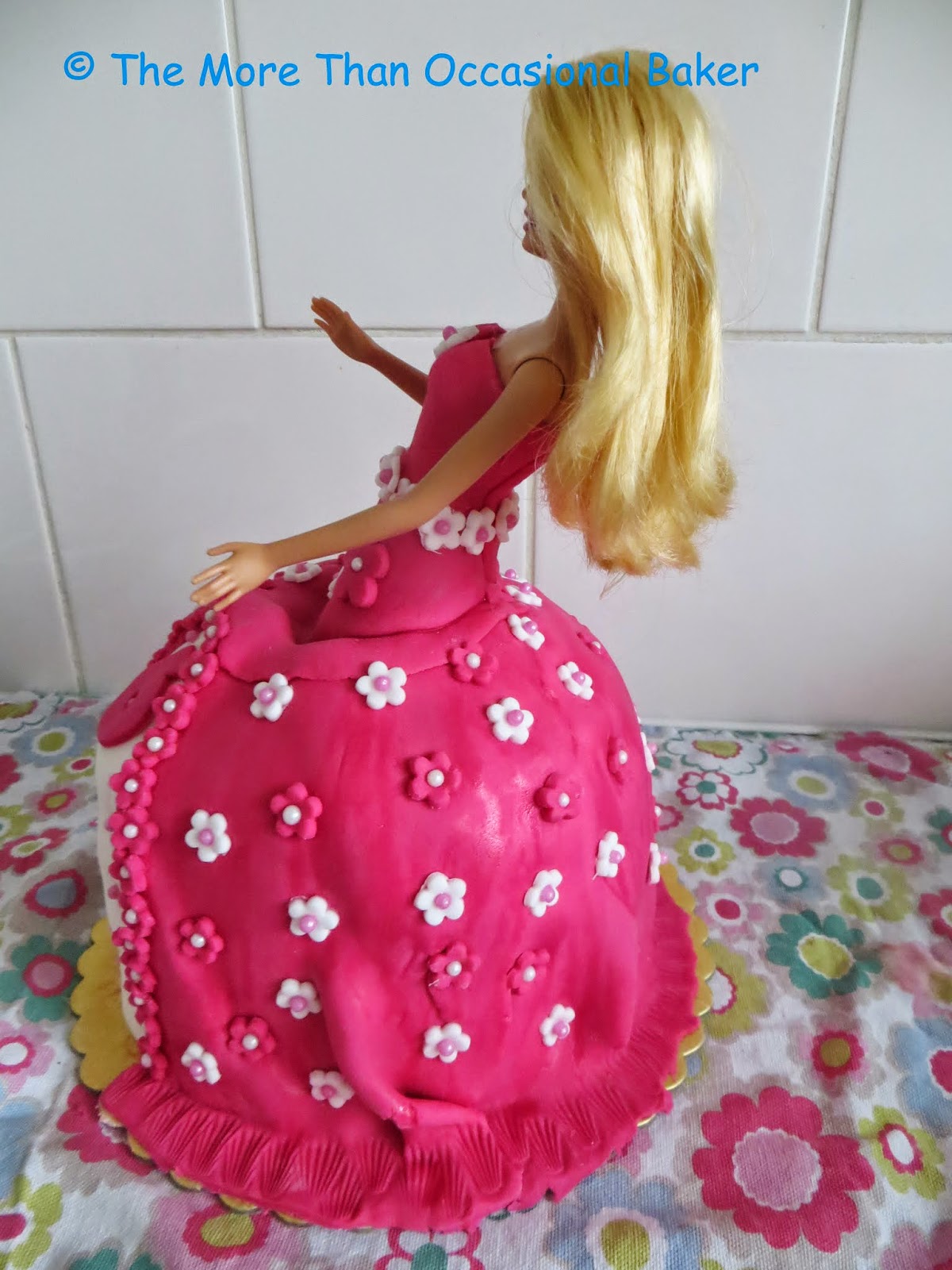