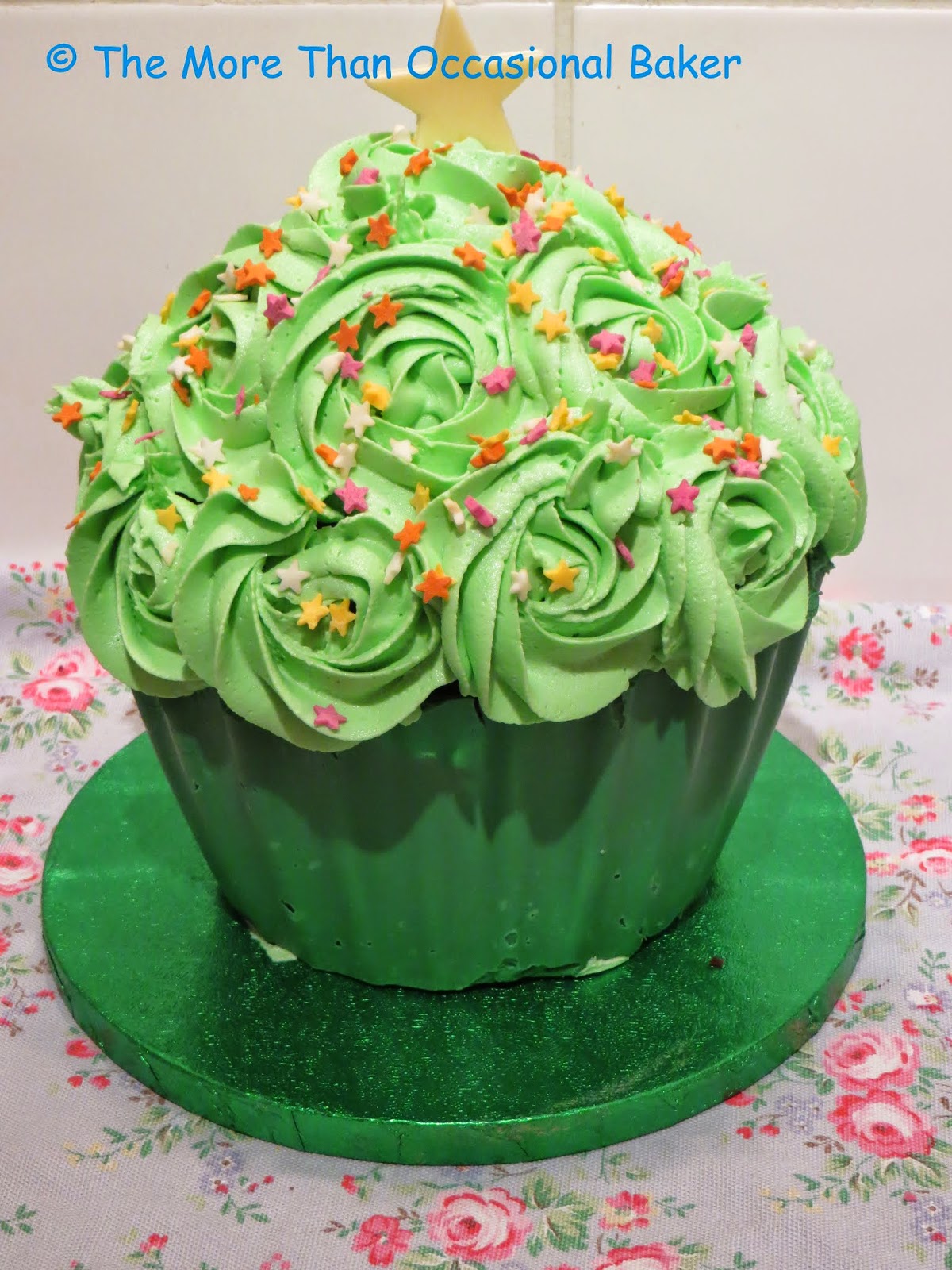 I was asked if I could bake something for my local Macmillan Information Centre's official opening. Macmillan is a great charity in support of a worthy cause. Their colours are green so I decided to make a giant green cupcake consisting of a chocolate cake, mint buttercream icing and a green candy melt shell. I decorated it with coloured stars and a giant white chocolate star on top. I also bought a green cake board to go with it. The cake is my favourite Nigella's old fashioned chocolate cake.

I'm sending it to Love Cake hosted by JibberJabberUK. The theme this month is flowers and as this has rose piping on top, I hope it qualifies. 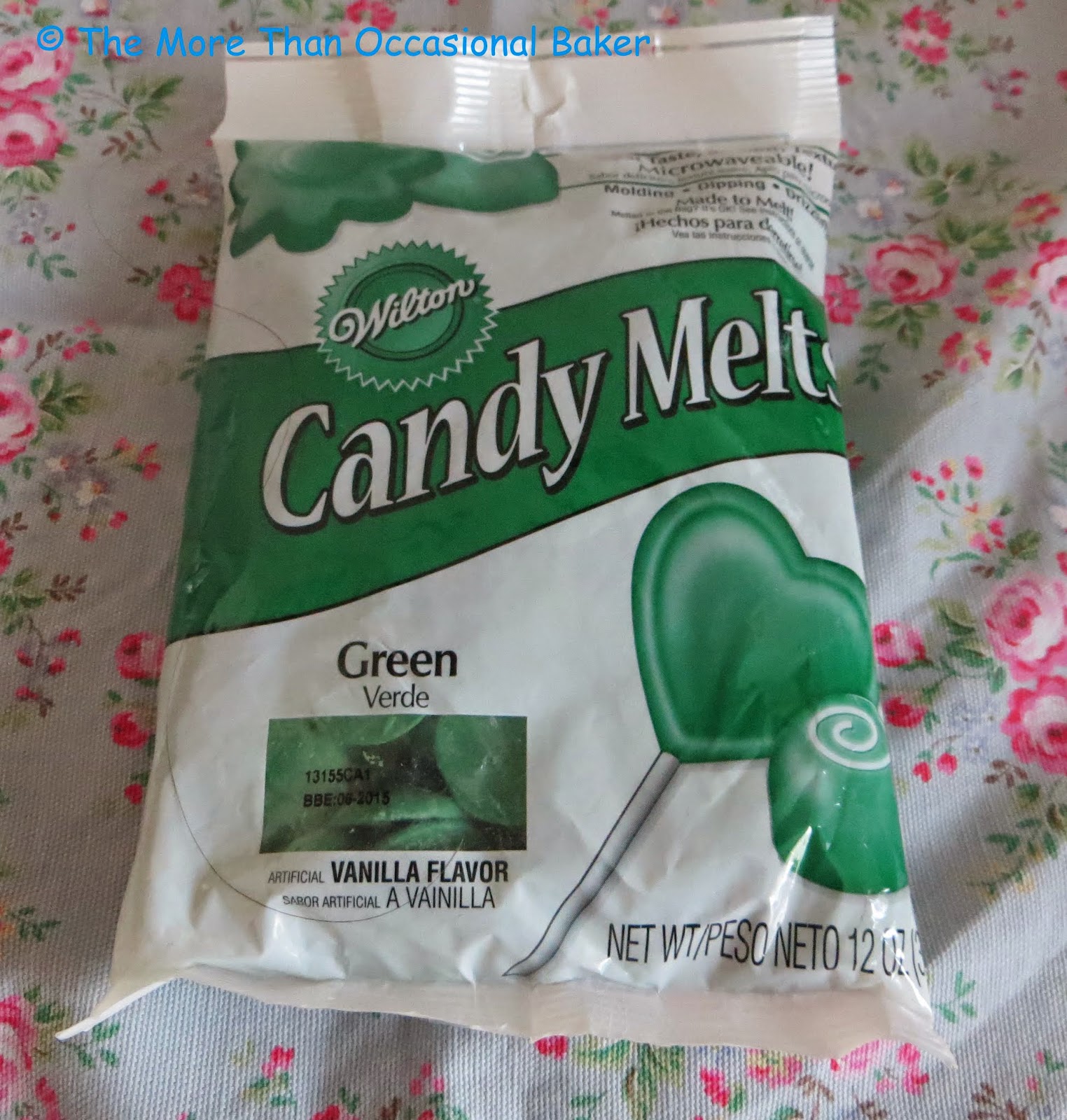 green candy melts for the shell. See my previous post for more detailed instructions on creating a candy melt shell 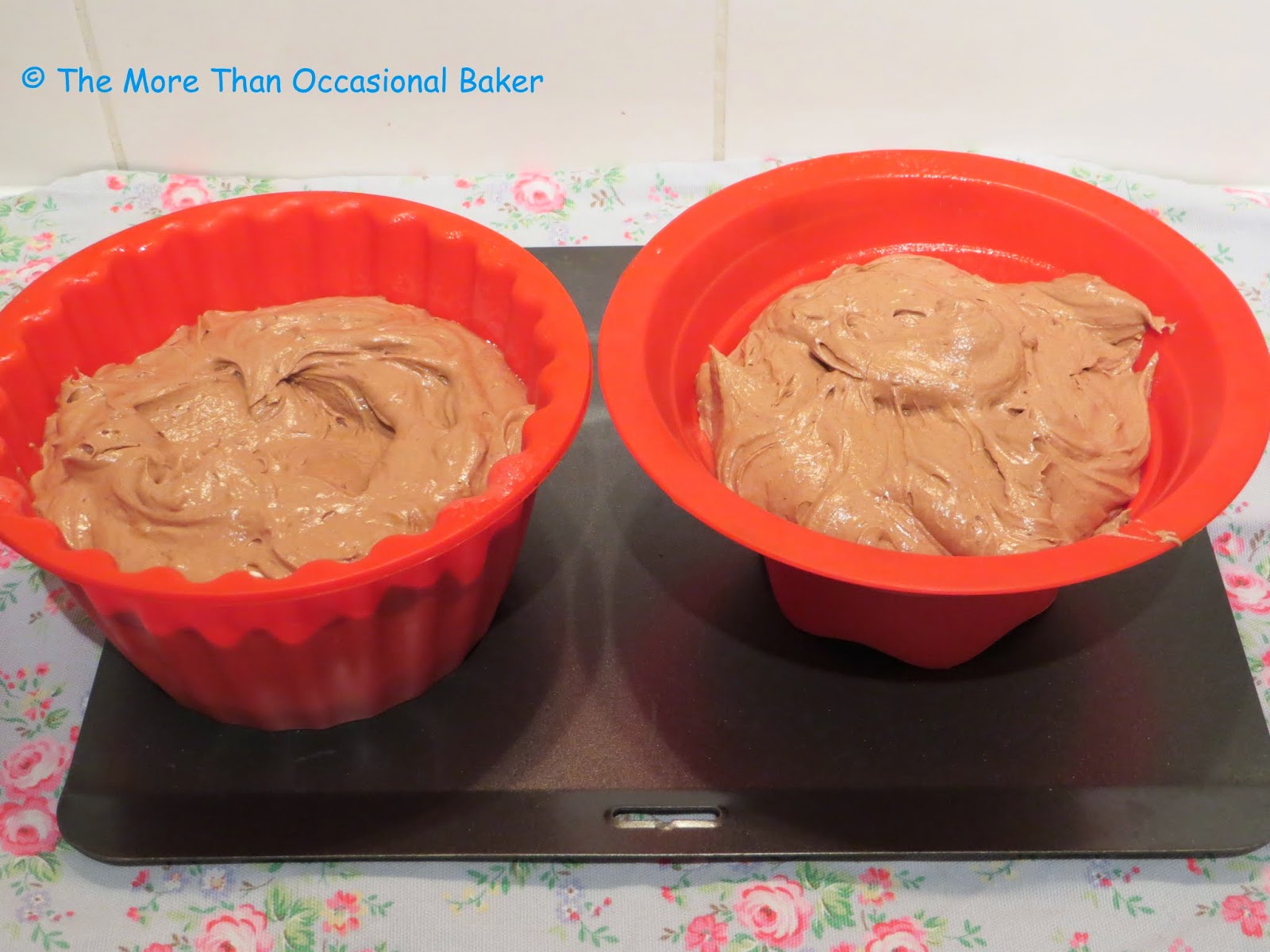 cakes ready to go in the oven 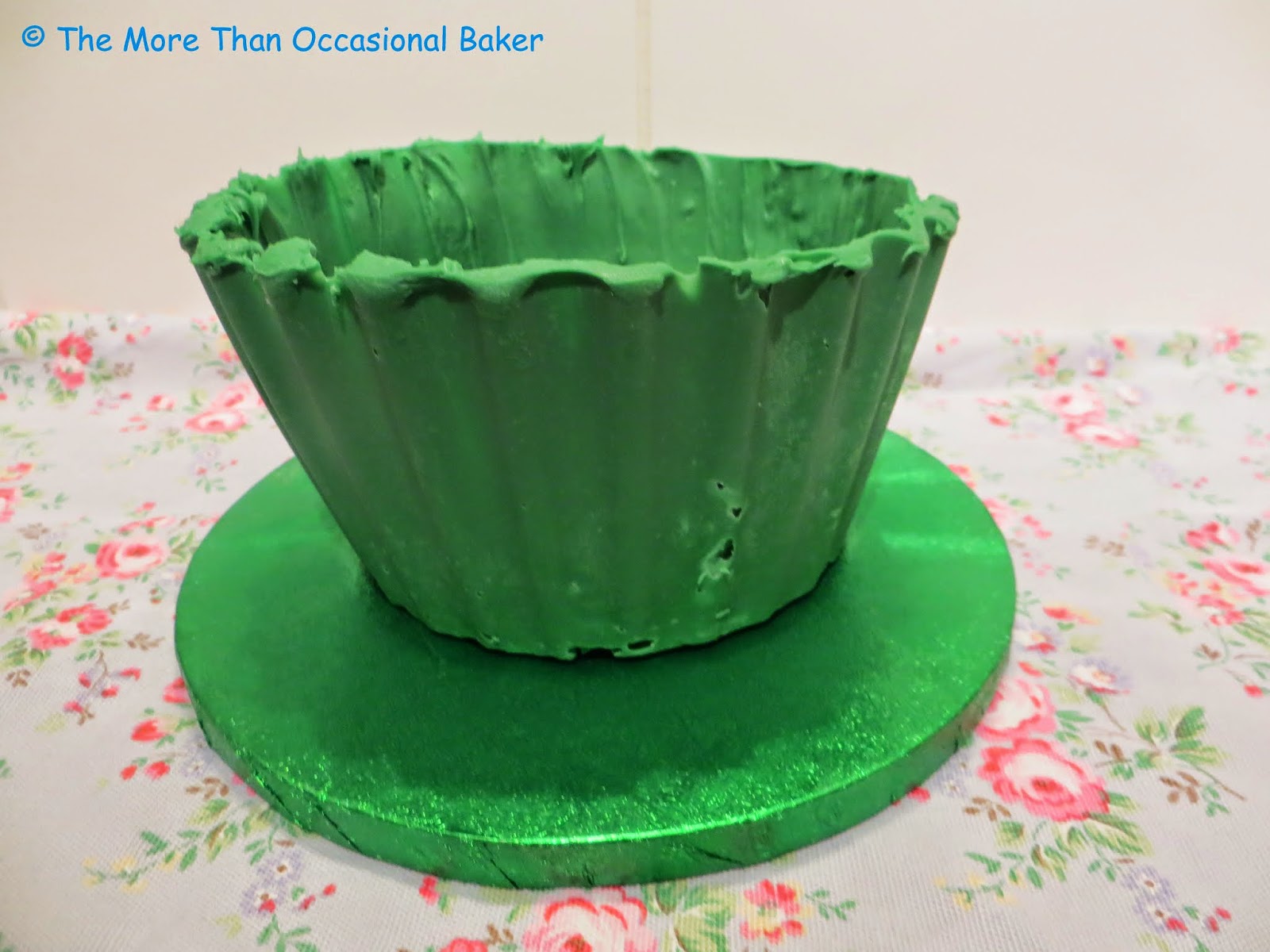 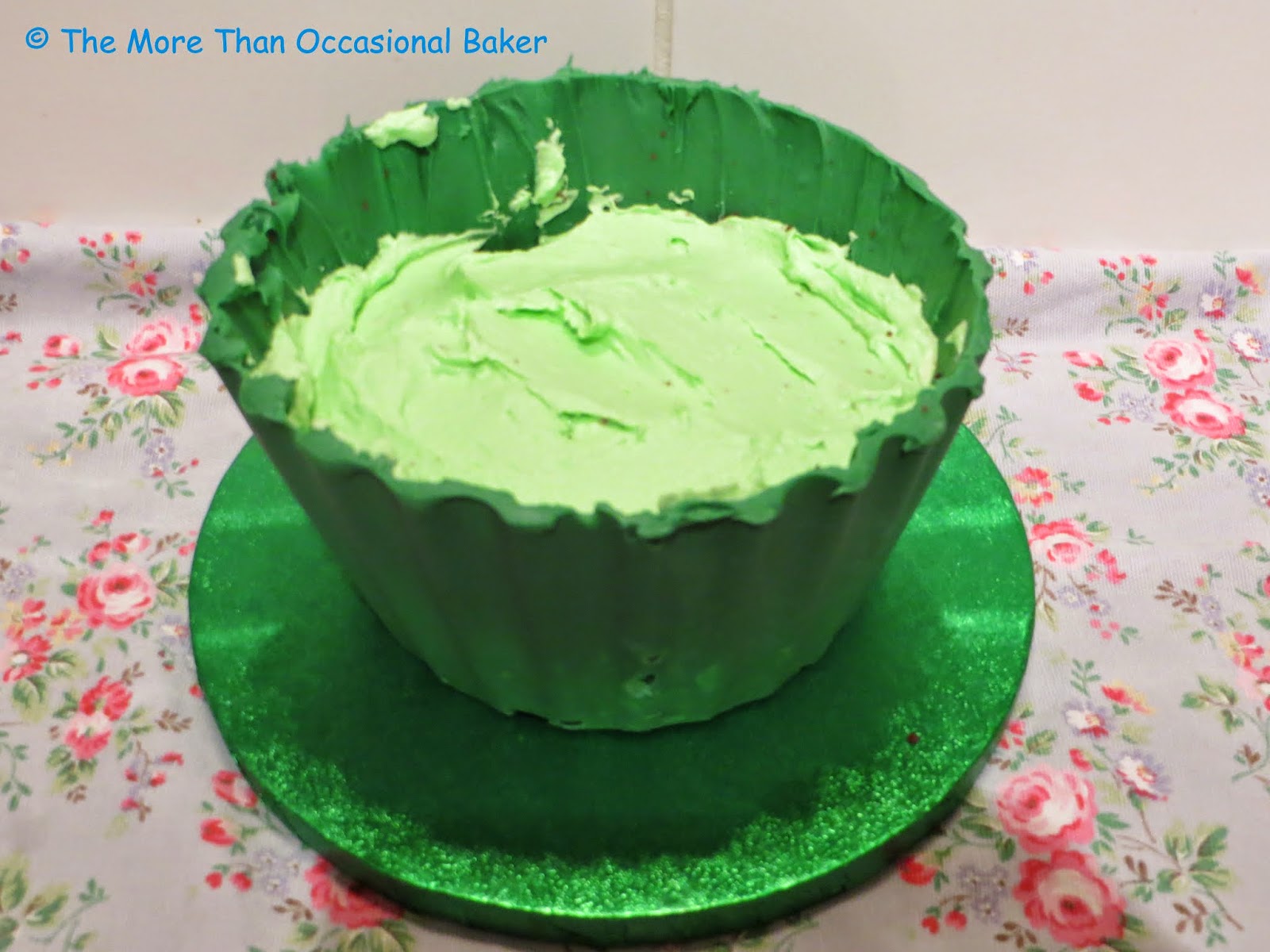 I split the cake and filled it with mint buttercream icing - remember to trim the cake before placing into the shell otherwise it won't fit! 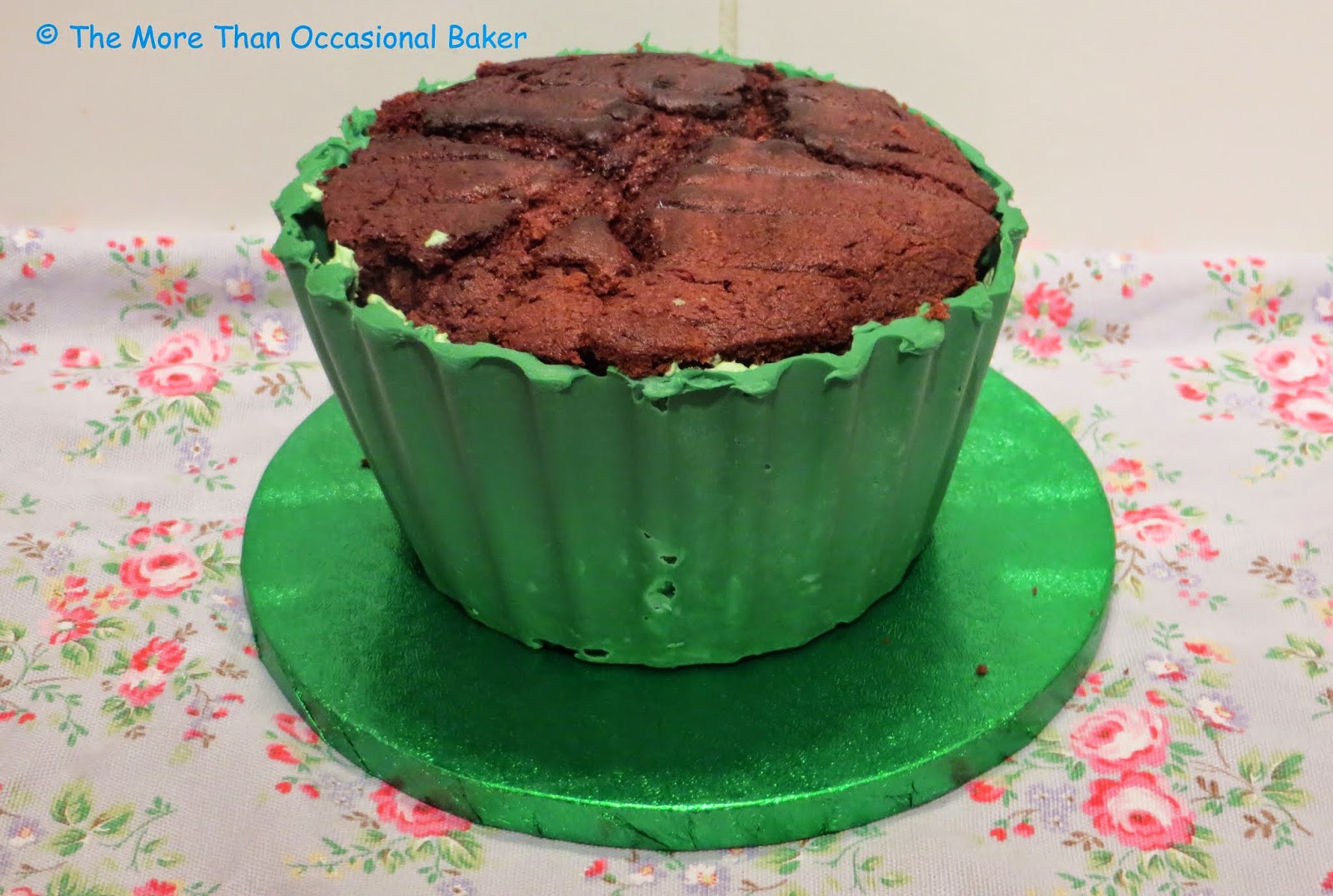 Then placed the other half of the cake on top 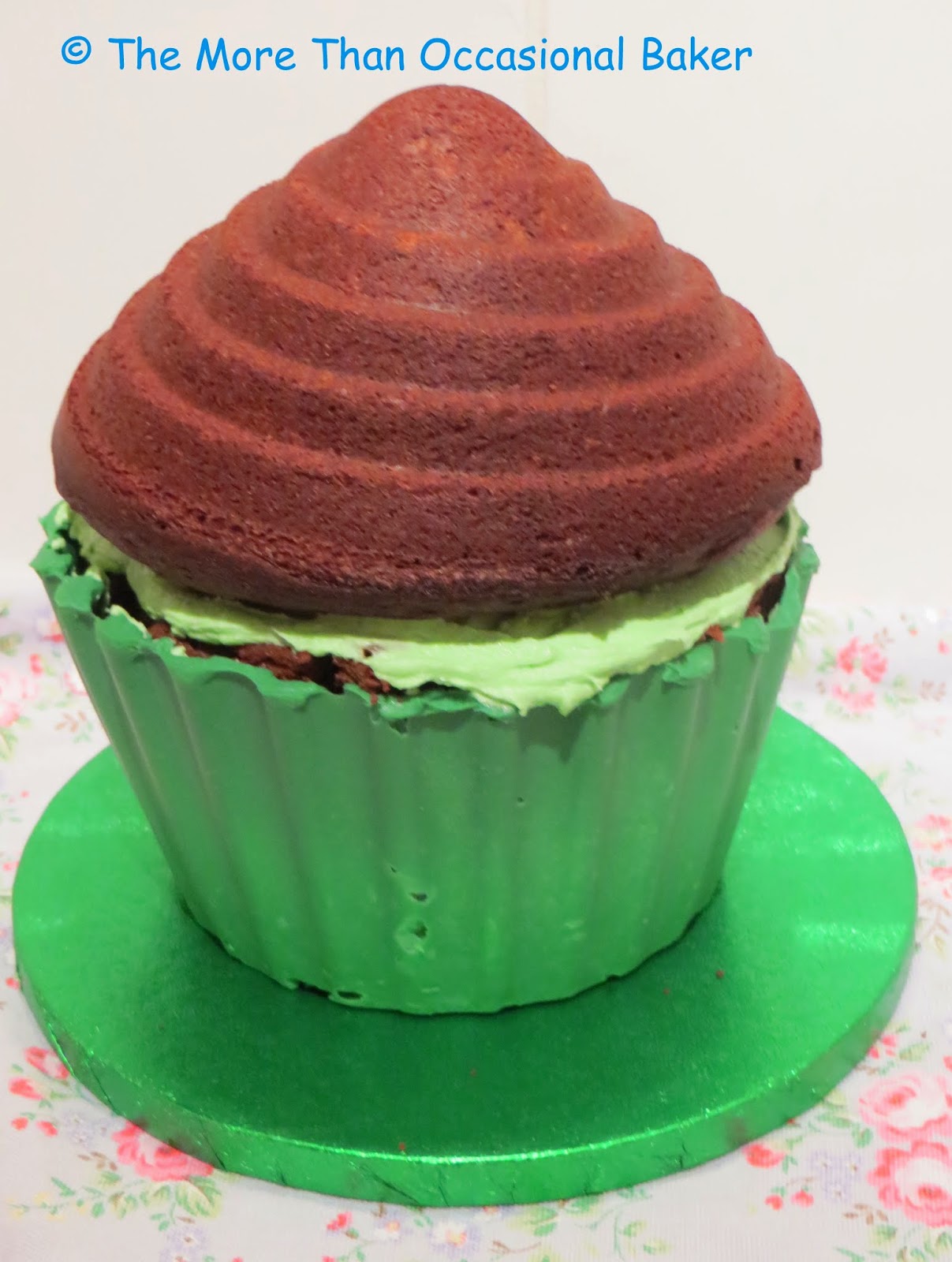 For the chocolate cake, follow the link for Nigella's Old fashioned chocolate cake - I made a double recipe as I also used for something else but my guess is you will need approximately 1.5 recipes to make this giant cupcake

For the buttercream frosting - feel free to halve the quantities, I made a large batch as I needed it for another project soon to be revealed