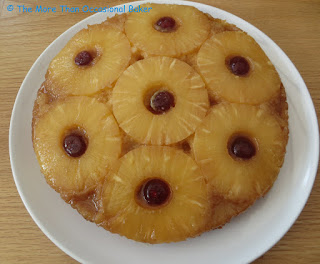 Would you believe I've never made a pineapple upside down cake before? As this month's AlphaBakes which I am hosting has the letter 'U' I thought it would be a good opportunity to try my hand at this classic retro cake. The last time we had the letter U I made something a little less traditional in the form of Peaches and Cream Upside Down Cake. The cake received rave reviews at work and there wasn't a crumb left at the end of the day. The sponge is really light and moist and the pineapples added a fruity juiciness to the cake. Plus I'm sure it counts as one of your 5 a day!

I did a little online research to look at the origins of pineapple upside down cake and it's fascinating. It orginated in America in the 1920's. By the mid 1930's, pineapple upside down cake was one o the most widely made cakes in America. It's popularity peaked in the 50's and 60's and started to wane by 1970's as it seemed outdated. Did you know that there is a National Pineapple Upside Down Cake Day on April 20th?

I'm sending this to AlphaBakes hosted by myself this month and co hosted by Caroline from Caroline Makes. The letter is U for Pineapple Upside Down Cake.

I'm also sending it to Love Cake hosted by Ness from Jibber Jabber UK as the theme this month is Cakes from Around the World. As mentioned this is an American creation although I thought it was British! 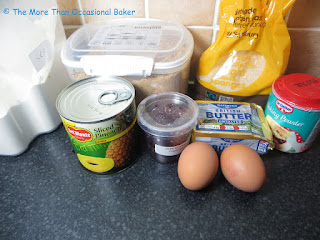 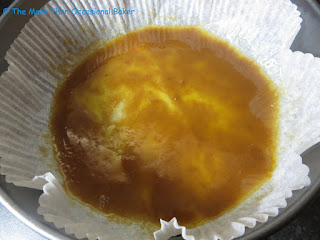 butter and sugar mixture which caramelises on cooking 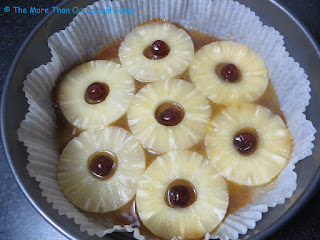 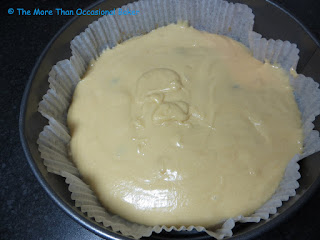 It looks really pretty and so retro 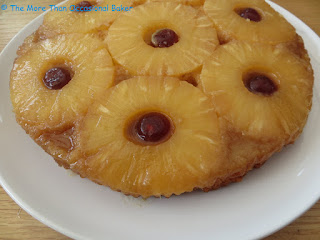 It's quite a thin cake but absolutely delicious