My second entry for this month's Iron Cupcake challenge. I got this recipe from one of my favourite recipe books - Cupcakes from the Primrose Bakery. I was given some delicious homemade marmalade so I thought this would be the perfect opportunity to try out the recipe. The cake was really delicious straight out of the oven with a generous dollop of marmalade on top. I actually remembered to take some pictures whilst making the cake so this will be a faily pictorial post :) 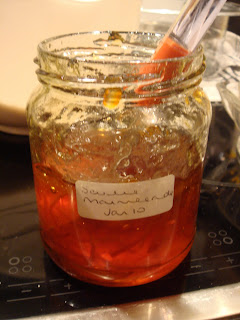 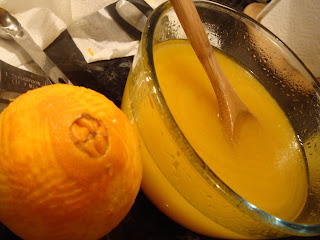 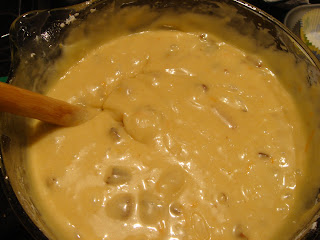 Lots of batter as I doubled the recipe 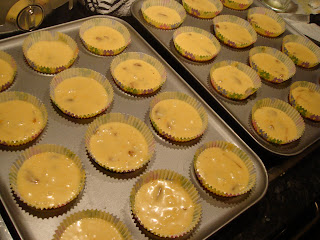 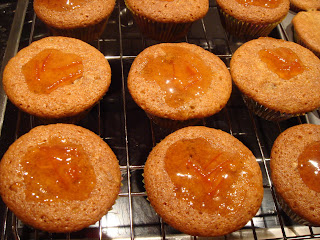 Topped with marmalade whilst still warm 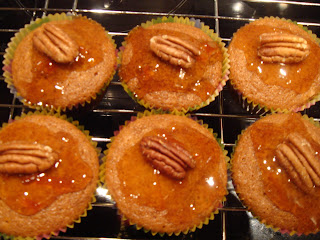