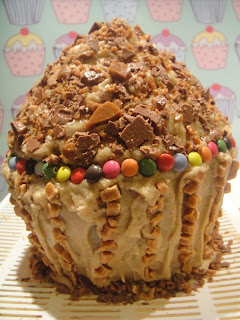 A colleague of mine, Gerard is leaving for New Zealand and we had a leaving tea party for him today. I wanted to make something extra special and decided on a giant cupcake. I was really excited to try out new recipes from my fantastic new book, the Love Bakery cookbook (highly recommended). I have already made a few cupcakes from them which were a huge success and I will post about them a later date.

The flavour for the cake was inspired by this month's we should cocoa challenge - chocolate and caramel. I have been making caramel for a few other cakes recently so didn't anticipate too many problems. How wrong was I?

Caramel can be tricky and I've tried many different recipes and each time they turn out differently (even if i use the same recipe!). For this cake, I made a caramel sauce using a recipe from the primrose bakery and a caramel buttercream icing also from the same book.

The caramel sauce was slightly lumpy but I think it turned out ok in the end. I added some sea salt to make it a salted caramel and it was delicious! The caramel buttercream was a bit too runny for me to pipe on the cake- I had great plans for piping! I wanted to colour the icing red and blue (NZ flag colours) and pipe it as shown in the book. As always, improvisation is the key!  The icing did actually firm up overnight but I was in a bit of a rush so I covered the cake in icing and then used crushed Dime bars for the topping. I then used mini fudge pieces to decorate the bottom but I ran out so I used chocolate chips. Finally I put a row of chocolate beans around the middle. I am really pleased with the final result even though it was not how I originally envisioned it to be. That's half the fun of baking though, isn't it?

However the problem came when it was time to cut the cake. The caramel sauce had hardened in the middle making it very difficult to cut through! Note to self - do not put caramel sauce in the middle of the cake! Everyone loved the cake though so it all worked out in the end :) 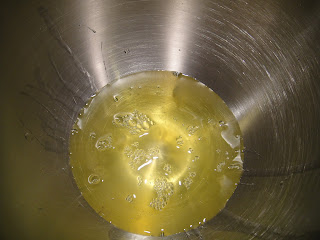 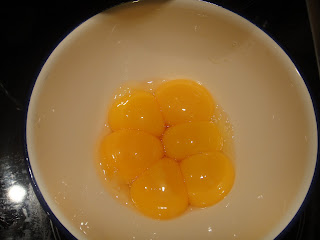 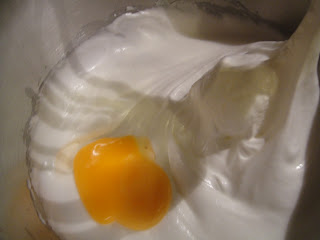 adding the egg yolks. I love how shiny and white the egg whites are after whipping with sugar. 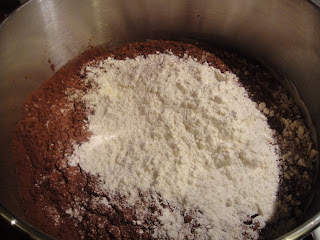 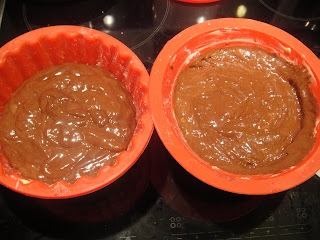 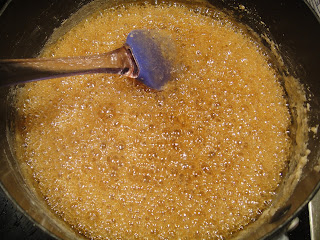 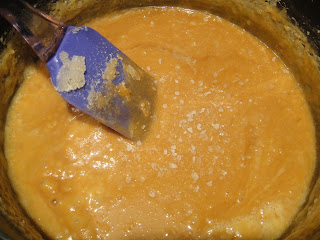 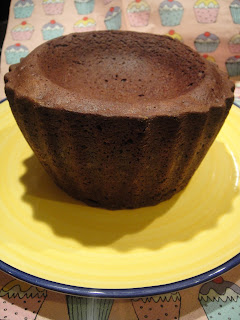 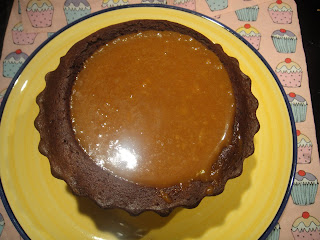 adding caramel sauce (liquid at the time of making) 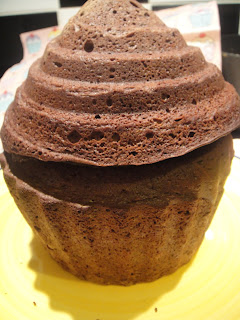 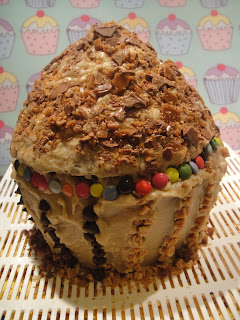 Decorate! You can see where i ran out of mini fudge pieces! 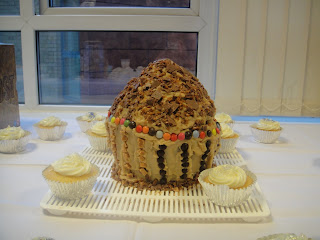 final product with cupcakes made by another colleague 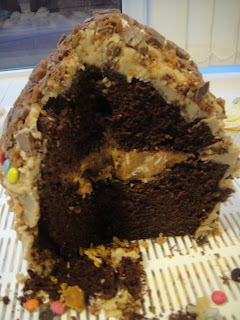 you can see the hardened caramel sauce in the middle.

To make the giant cupcake

For the caramel buttercream icing