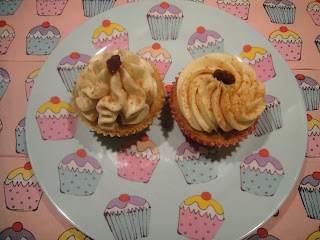 Yet another recipe from the Love Bakery cookbook. I saw this on a few other blogs, namely the caked crusader and I heart cupcakes and knew I had to give it a go as well. It was really moist and flavourful with the right amount of cinnamon. These are even better than the caramel apple cupcakes I made for Cupcake Camp London. Apple is fast becoming one of my favourite cake ingredients. There's an apple and olive oil cake that I've been meaning to make for ages - I will try to make it before the new year! 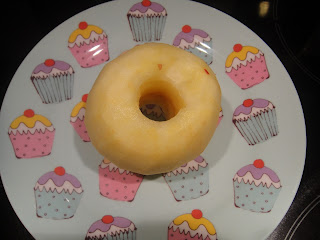 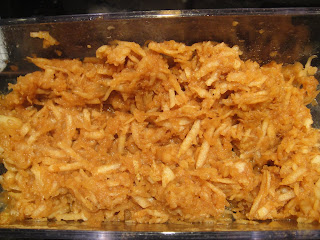 add cinnamon and lemon zest to the grated apples 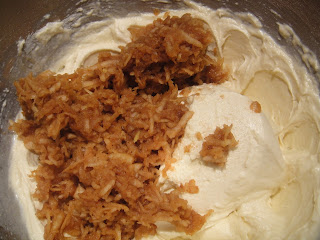 add to the batter 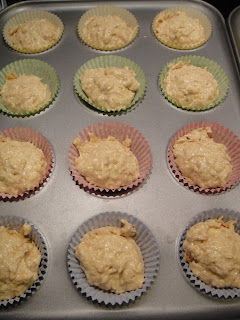 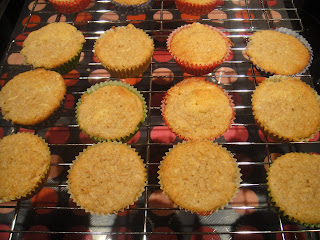 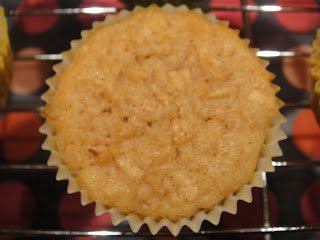 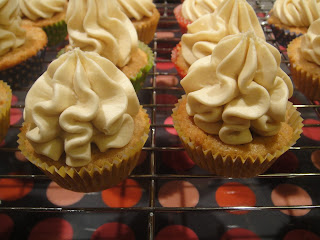 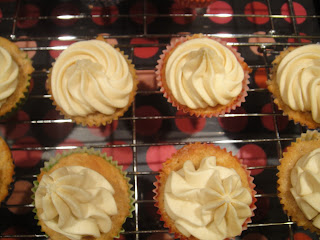 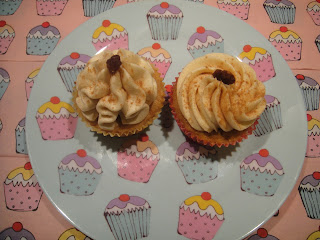 I tried 2 different piping methods. Which do you prefer? 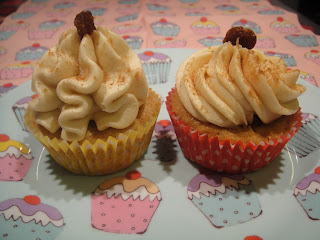