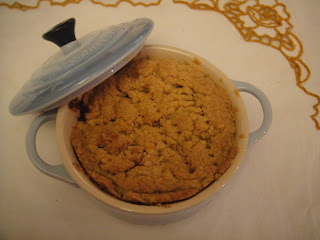 I made these quite a few months back but have only got round to blogging about it now. A good friend of mine came to stay with me earlier this year and she bought me these cute Le Creuset minis which are absolutely adorable. Thank you again Angie!

I decided to make apple crumble as I had leftover apples from making apple and olive oil cake for my friend's birthday. The same friend also loves apple crumble and could not believe I've never made my own. Yes I don't know how but fortunately I can now say I have made my own crumble and I'm wondering why I've not made it earlier! It's really simple to make and extremely tasty especially with a big scoop of ice cream (or cream or custard but we didn't have any of those).

Another friend was moving house and a few of us helped him move. I cooked dinner and made apple crumble as dessert which was well received after a hard day's labour.

Does anyone have any suggestions for recipes in my mini Le Creuset? (preferably sweet but I could probably manage savoury as well) 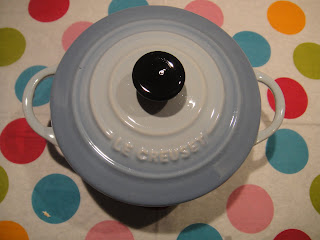 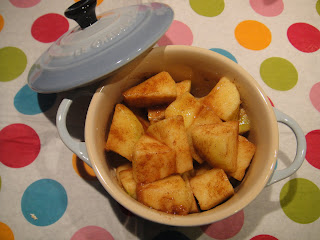 Apple with cinnamon and sugar 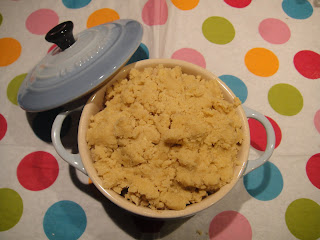 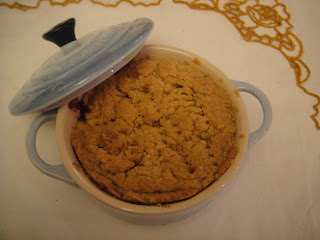 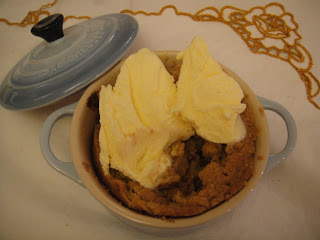