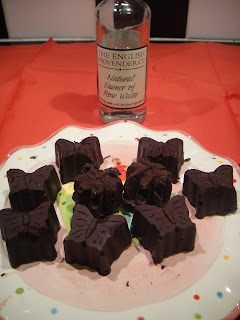 Just in time... again.... for the We Should Cocoa challenge.  When I first saw that this month's special ingredient was rose, I was quite excited and nervous at the same time. I've made rose cupcakes previously which turned out fine but have never tried a rose and chocolate combination. I have to admit not too many ideas sprang to mind immediately and I thought and debated about what to make. A lovely colleague of mine gave me some beautiful roses from her garden as I finally came up with the idea of making a rose petal jam and baking that into a cake. I was planning to use Nigella's recipe which uses marmalade and maybe adding some turkish delight as I think they are rose flavoured. Anyway all great plans fail sometimes and I had to resort to plan B which are these simple truffles.  I left it too late, got too caught up with other things and left my roses to wilt :( So at the 11th hour, I decided to make rose flavoured truffles as they were simple, no bake and no fuss, plus it gave me an opportunity to try out my new moulds.  The rose flavour is very subtle even though I added about 3 tablespoons! It was still very rich and decadent. Hopefully I'll do better for the next challenge! 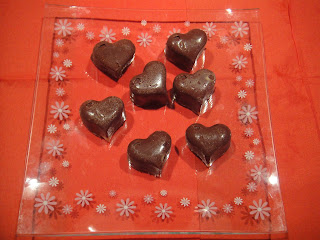 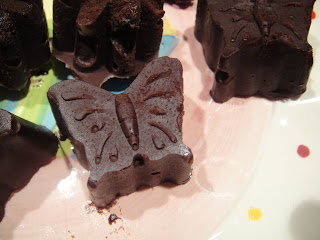 Note - I made these proportions up as it was what I had and it seemed to work ok.
150mls double cream
400g dark chocolate (I used green & black organic dark cooking chocolate)
Rosewater (add to taste)
Posted by Baking Addict at 23:48

Email ThisBlogThis!Share to TwitterShare to FacebookShare to Pinterest
Labels: chocolate, rose, truffle, we should cocoa