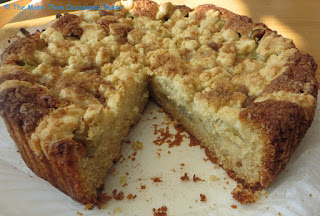 I mentioned in a previous post that I was given a large amount of fresh gooseberries from a colleague's garden. When I was looking for recipes, I came across this gooseberry crumble cake recipe by Nigel Slater. I followed his recipe and added a sprinkle of brown sugar on top before baking and the cake turned out beautifully. I'm not a fan of gooseberries mainly because they are too tart for me and have a very squidgy texture but in this cake it's absolutely delicious. The sponge is light and I loved the crumble topping. The gooseberries themselves tasted great! J got to taste test the gooseberry and orange drizzle cake as well as this one and he said this cake won hands down. I'm definitely making this again but with the addition of almond flakes on top as it will add extra nuttiness and crunch to the cake. I've been given even more gooseberries so looks like I'll be baking with them for the next few weeks or months!

I'm sending this to Simple and in Season hosted by Ren as gooseberries are in season. 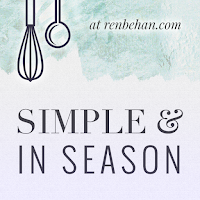 I'm also sending it to Shop Local hosted by Elizabeth from Elizabeth's Kitchen Diary. The gooseberries are fresh from my colleague's garden. 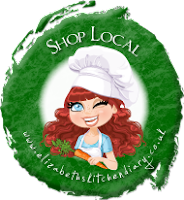 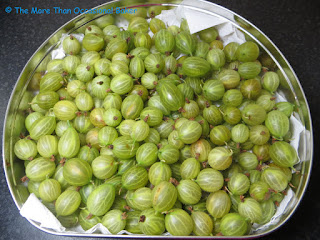 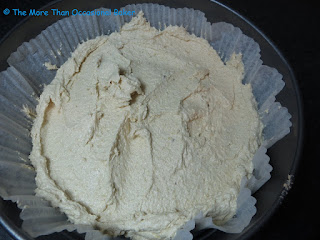 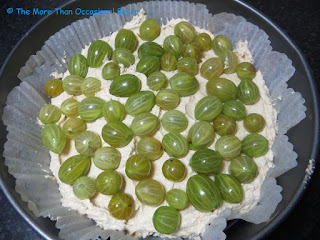 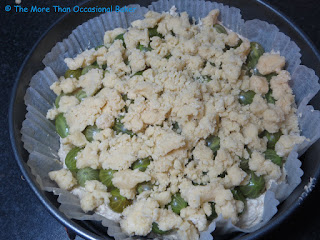 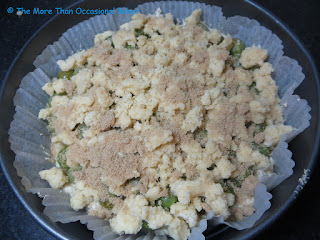 I decided to sprinkle some brown sugar on top 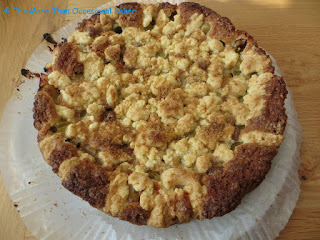 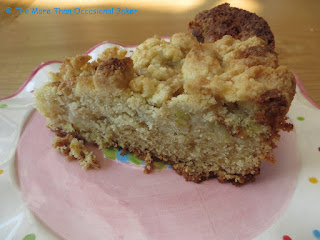 You can just see the gooseberries under the crumblelayer here

Recipe from Nigel Slater - scroll to second recipe on the page. The only change I made was to sprinkle some brown sugar on top before baking.