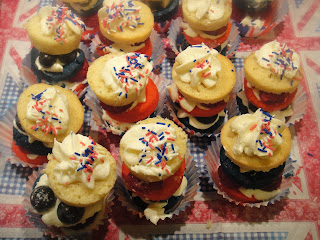 Is everyone excited about the upcoming Jubilee celebrations? Who's going to a street party? How are you celebrating? I was out of the country last year during the Royal Wedding so I'm going to make up for it this year by getting stuck into some Jubilee baking (this is 1 of 3 that I've made so far) and may even get up to some Olympic baking later on!

I was sent some lovely red, white and blue sugar strands by Just Bake which is a cool website for all your baking supplies. If you've not come across them before, do check them out as they have really nice stuff at a reasonable price.

These cakes are really simple to make and will look impressive at a party. It's a basic vanilla sponge topped with fresh fruits, buttercream and sprinkles. I decided to make mini cakes as minis always look so much cuter! I also used my heart mould but the mini cakes looked much better!

I'm entering these to the Blogging Baking Jubilee Competition hosted by Homemade by Fleur. The competition runs until 3rd June 2012 and the winner gets  £100 of Amazon vouchers, provided by Appliances Online. Join in the fun and get baking! 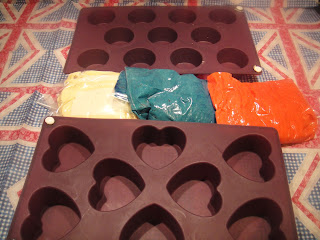 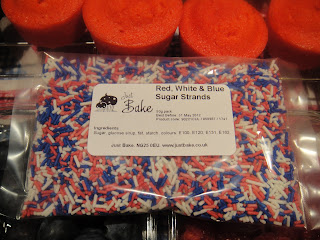 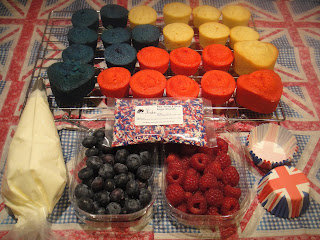 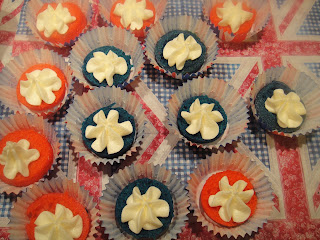 Place one mini cake into a cupcake wrapper. Pipe a small star of buttercream on top. 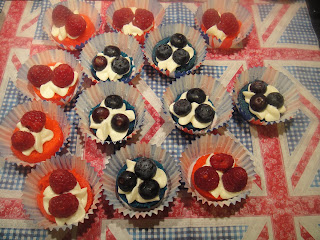 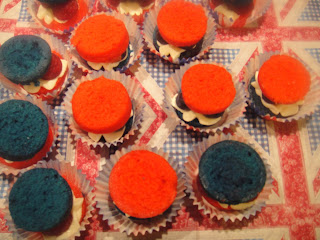 Add another layer of a different colour 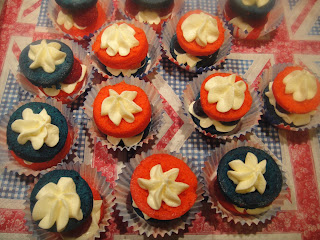 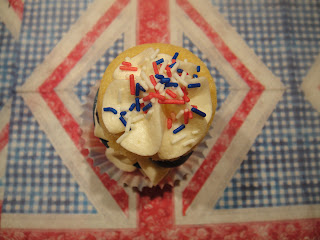 Finish with a plain sponge topped with sprinkles 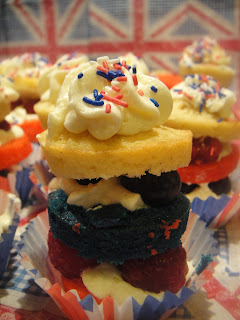 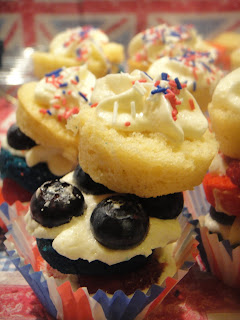 
Disclaimer: I was sent the sprinkles free of charge from Just Bake. I was not required to write about Just Bake or their products. All opinions expressed are my own.